Campoli Presti is pleased to present Rochelle Feinstein’s second solo exhibition with the gallery. You Again is a six-venue exhibition organised in conjunction with her representing galleries in Zurich, New York, Miami, and Los Angeles as a joint endeavour of collaboration. Each presentation features recent bodies of work, arranged specifically by the gallery, shown alongside historic works that respond and expand on each other.

Feinstein is a legendary painter whose work and ideas about abstraction have influenced generations of artists. Over the past four decades, she has deflated the dogmas of modernism with humour and verve, liberally borrowing from different schools of painting, as well as other mediums, including drawing, photography, printmaking, sculpture, video, and installation. Though it takes myriad forms, her singular project always centres painting within culture at large. She moves freely through the history of late 20th-century painting, rejoicing in materiality while poking holes in the notion of pure painting.

Campoli Presti’s iteration features a group of works spanning from different decades presented all at once. While You Again may evoke with humour the franchised aspect of the exhibition, it also conveys the insistence of the diverse subject matters that have guided Feinstein's work over decades. 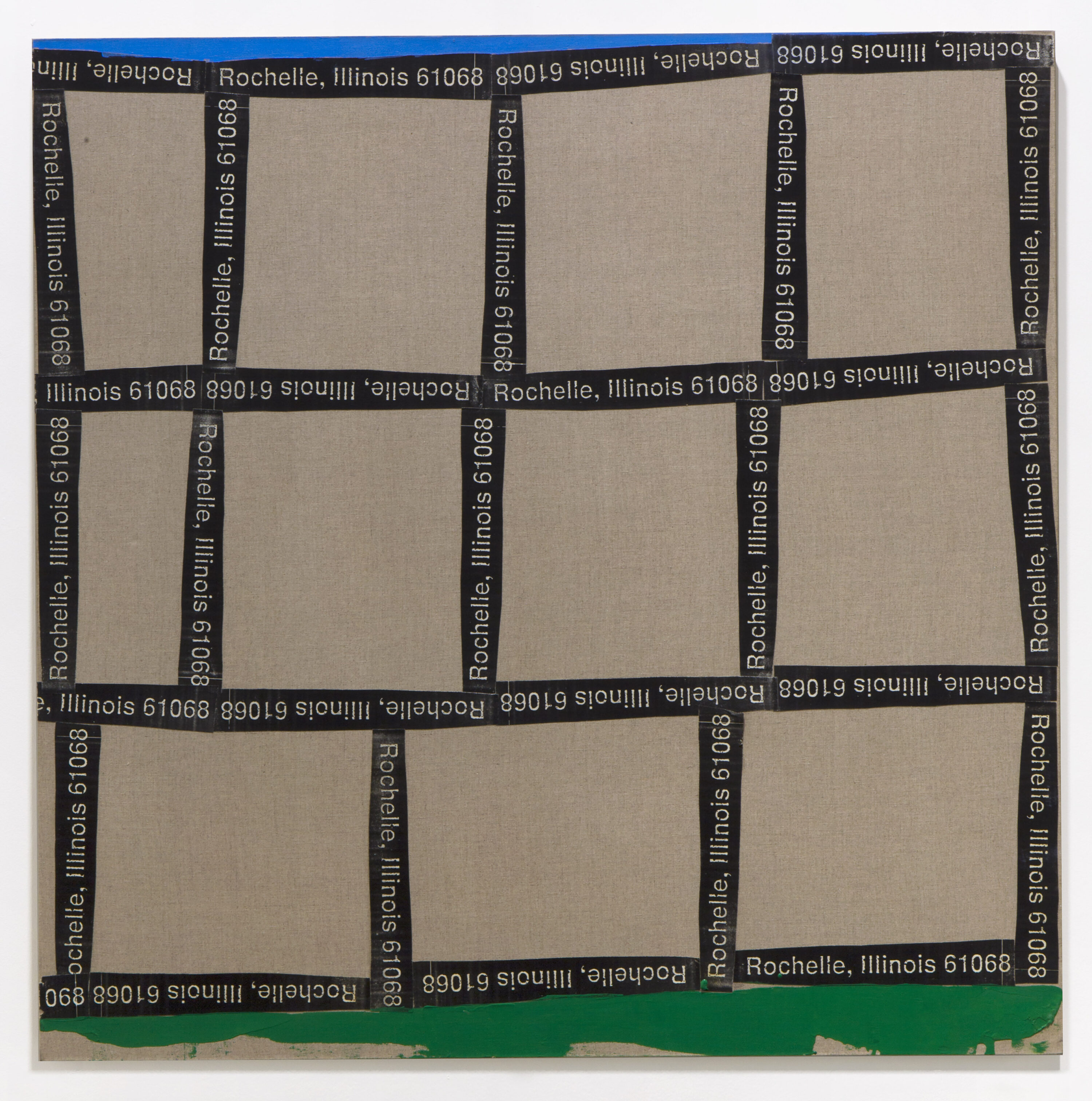 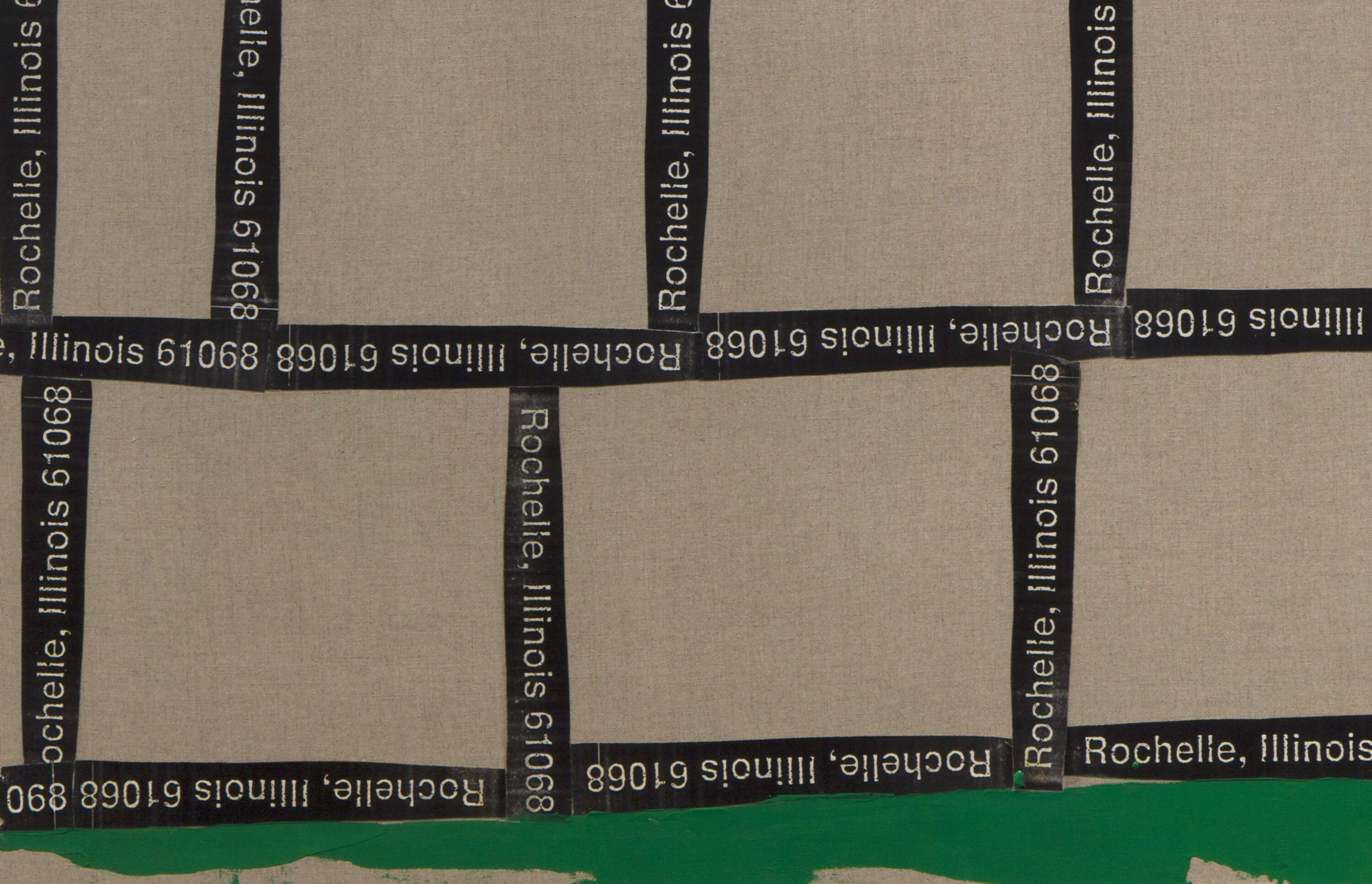 A Wonderful Place to Live_ detail

A variation of what is "wonderful" is A Wonderful Place to Live, a namesake Illinois location found by chance in the paper wrapper of art supplies she once ordered. This arbitrary element from her lived experience is turned into a serialized shape that allows Feinstein to tease the authority of the grid as an emblem of modernism.

Having a Wonderful Time’s lines are the result of doodling sessions of the duration of different phone conversations, turning the grid into a woven, unpremeditated, hand-made abstraction. 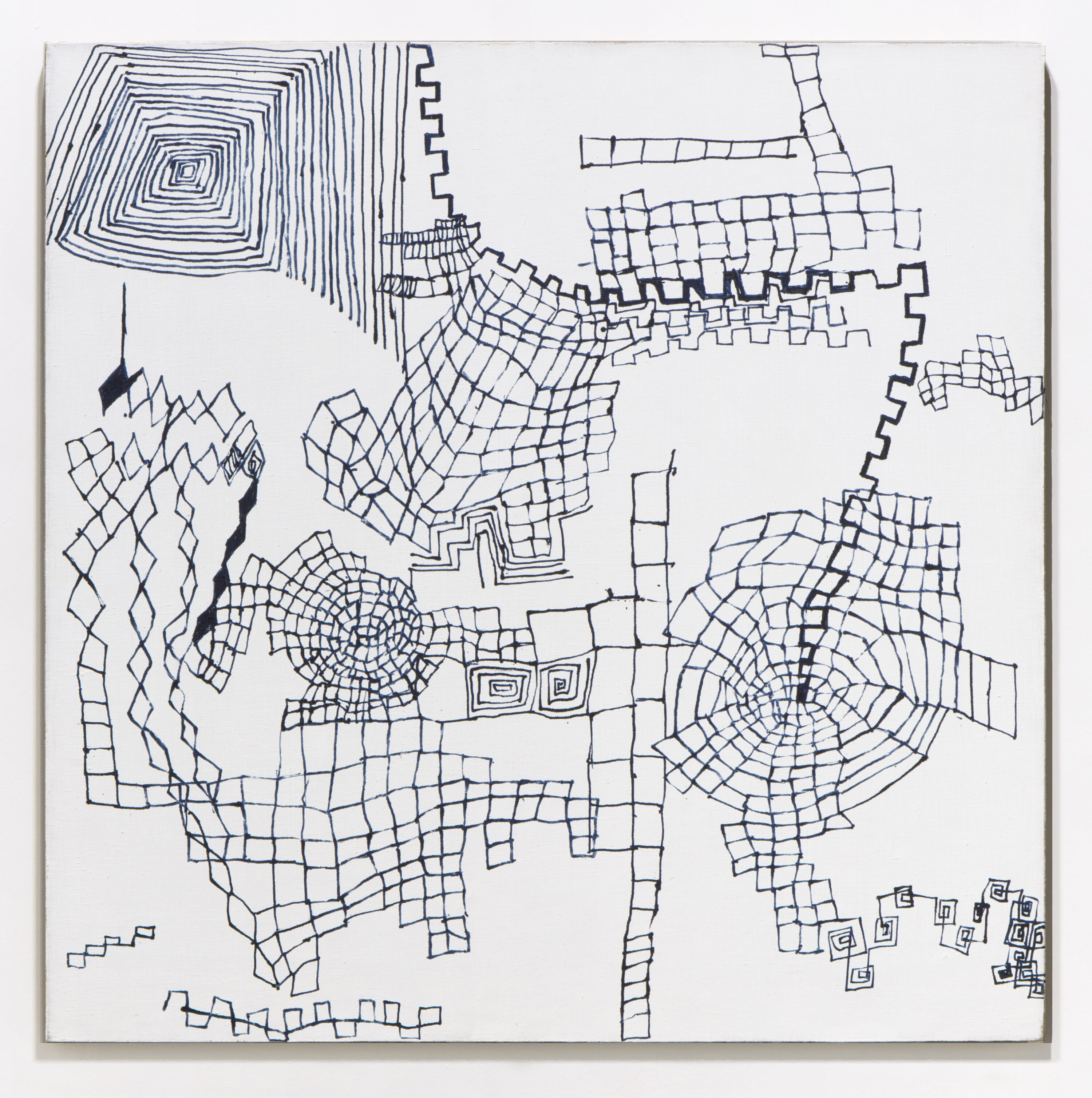 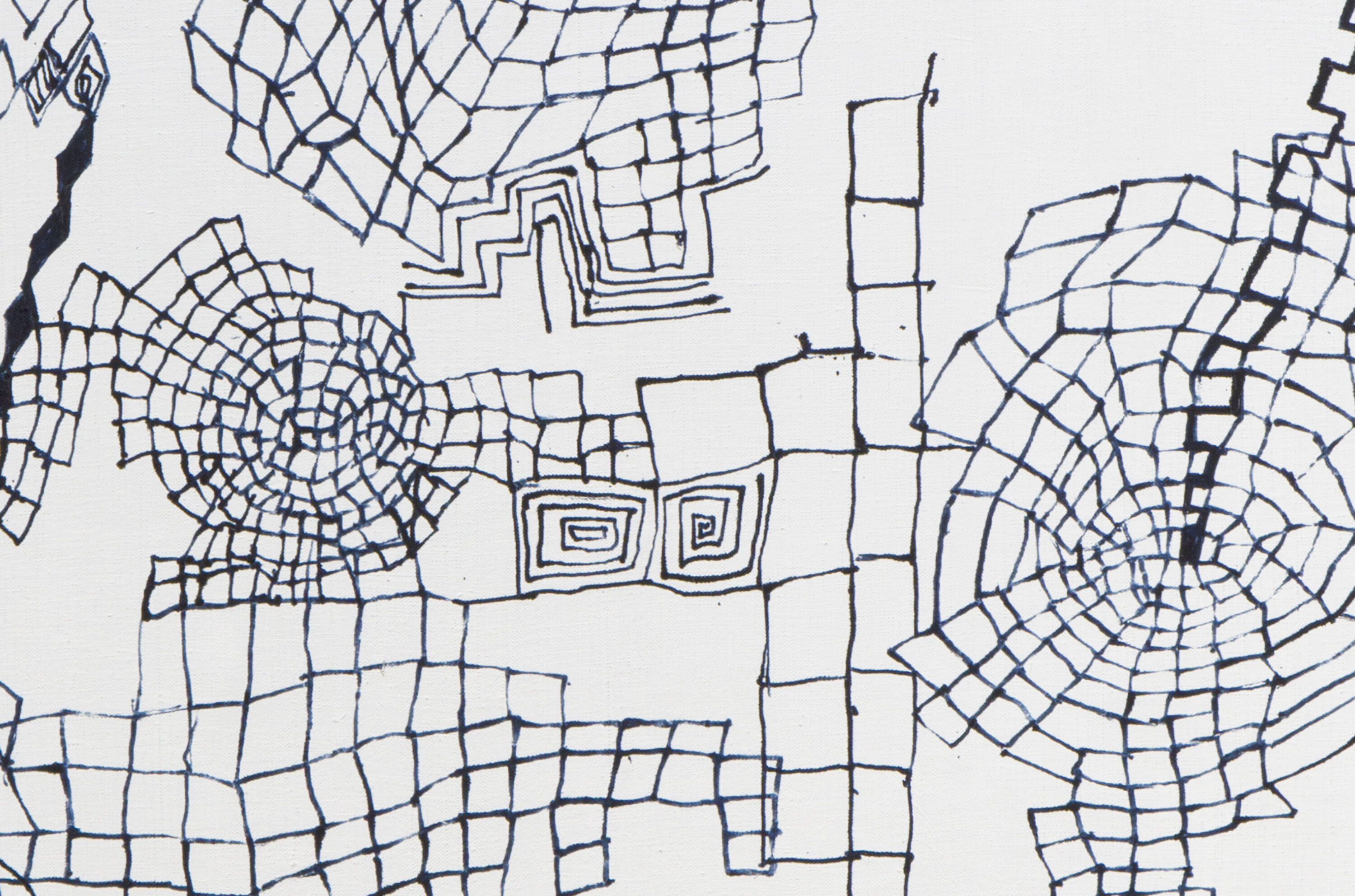 having a wonderful time detail

Challenging conditions, such as the absence of touch, are suggested in Wonderful Touch, a group of works which magnify the contrast between what seems to be expressive, immediate gestures and the impossibility to have access to them. All solemn connotations around performative “mark-making” are removed by showing the stains left by the brush as excess ink is wiped off. Instead of the motif, Feinstein focuses on the pressure executed around these constrained, scanned and printed marks, layered and left behind in different printing processes. 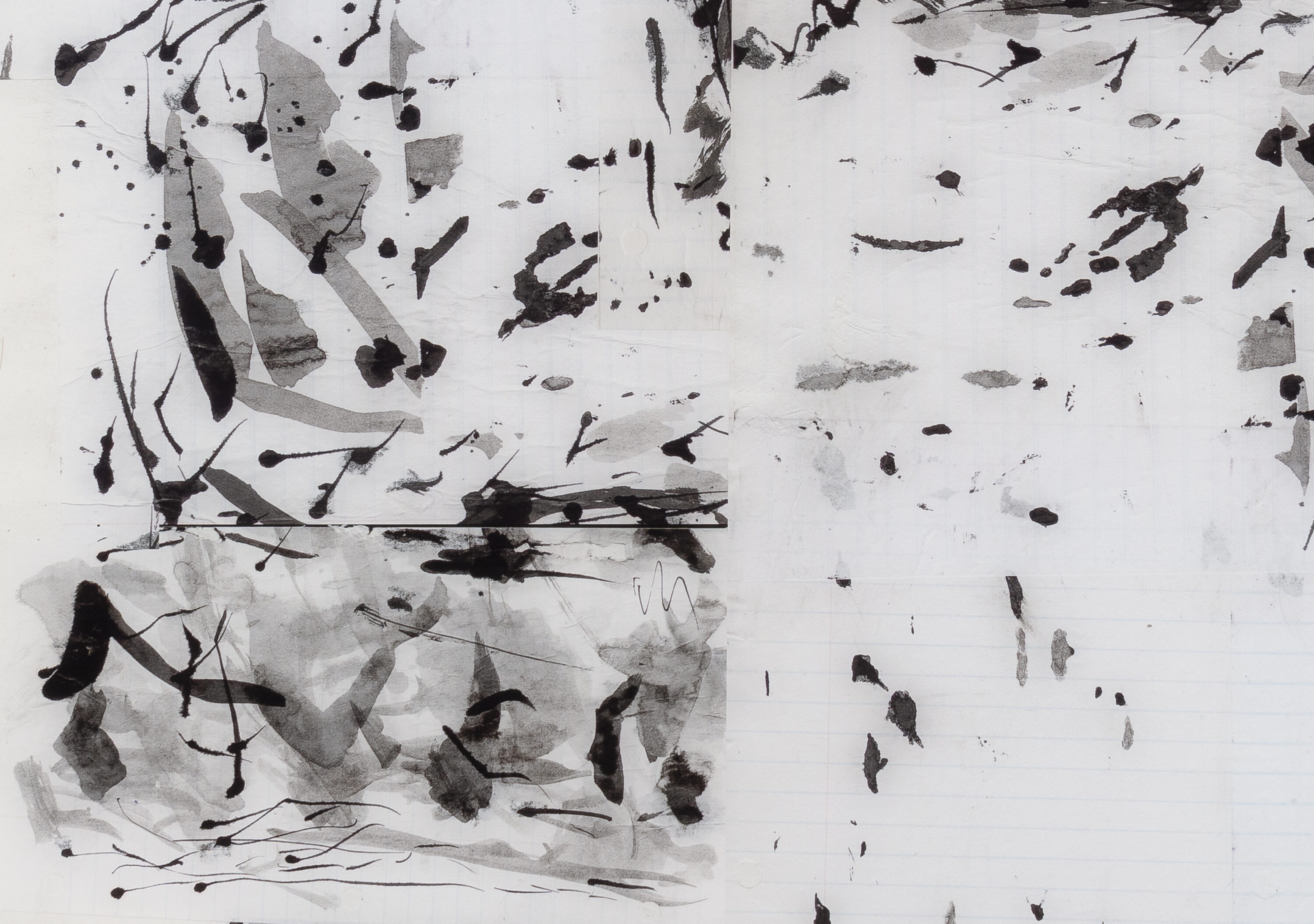 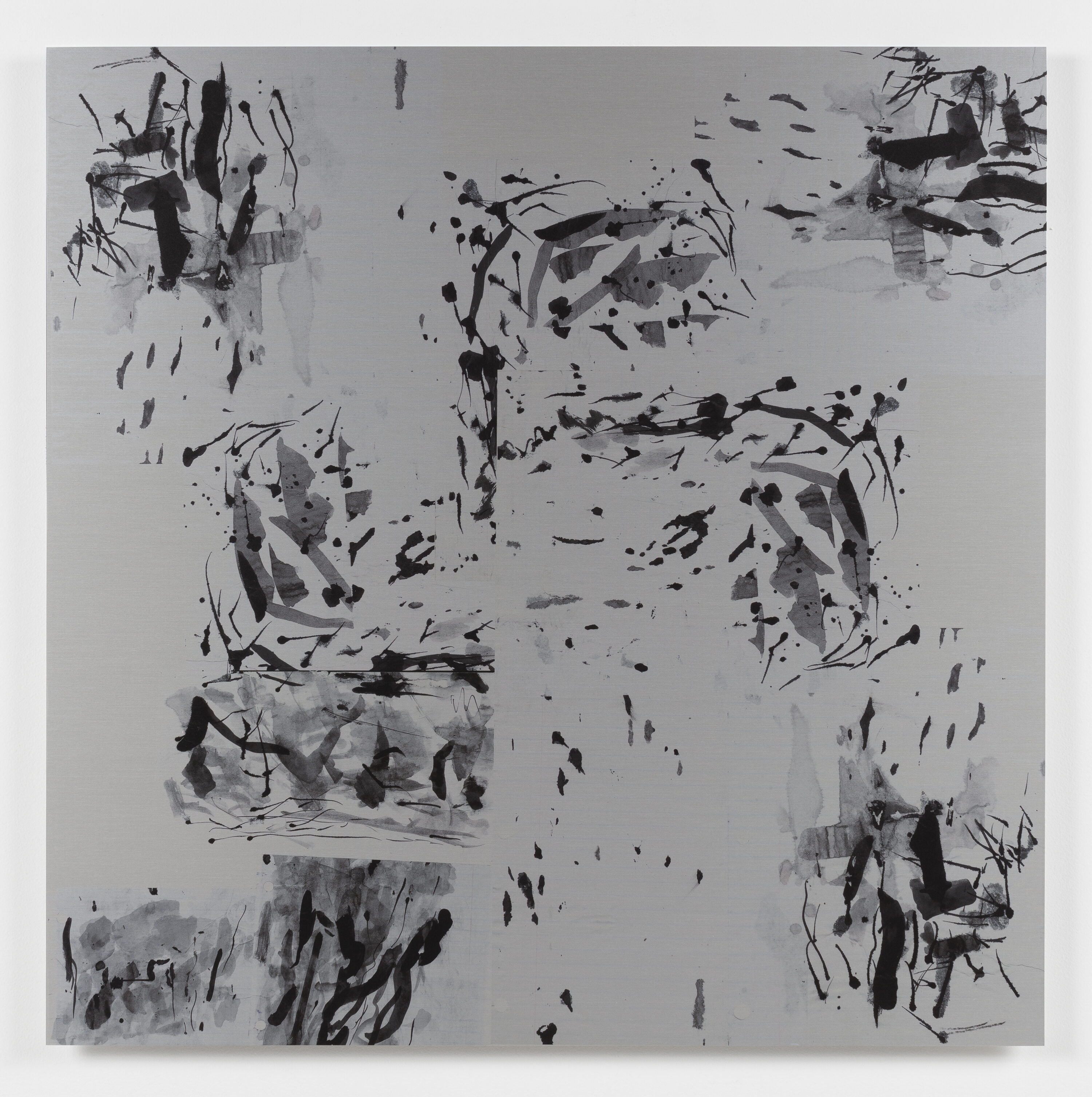 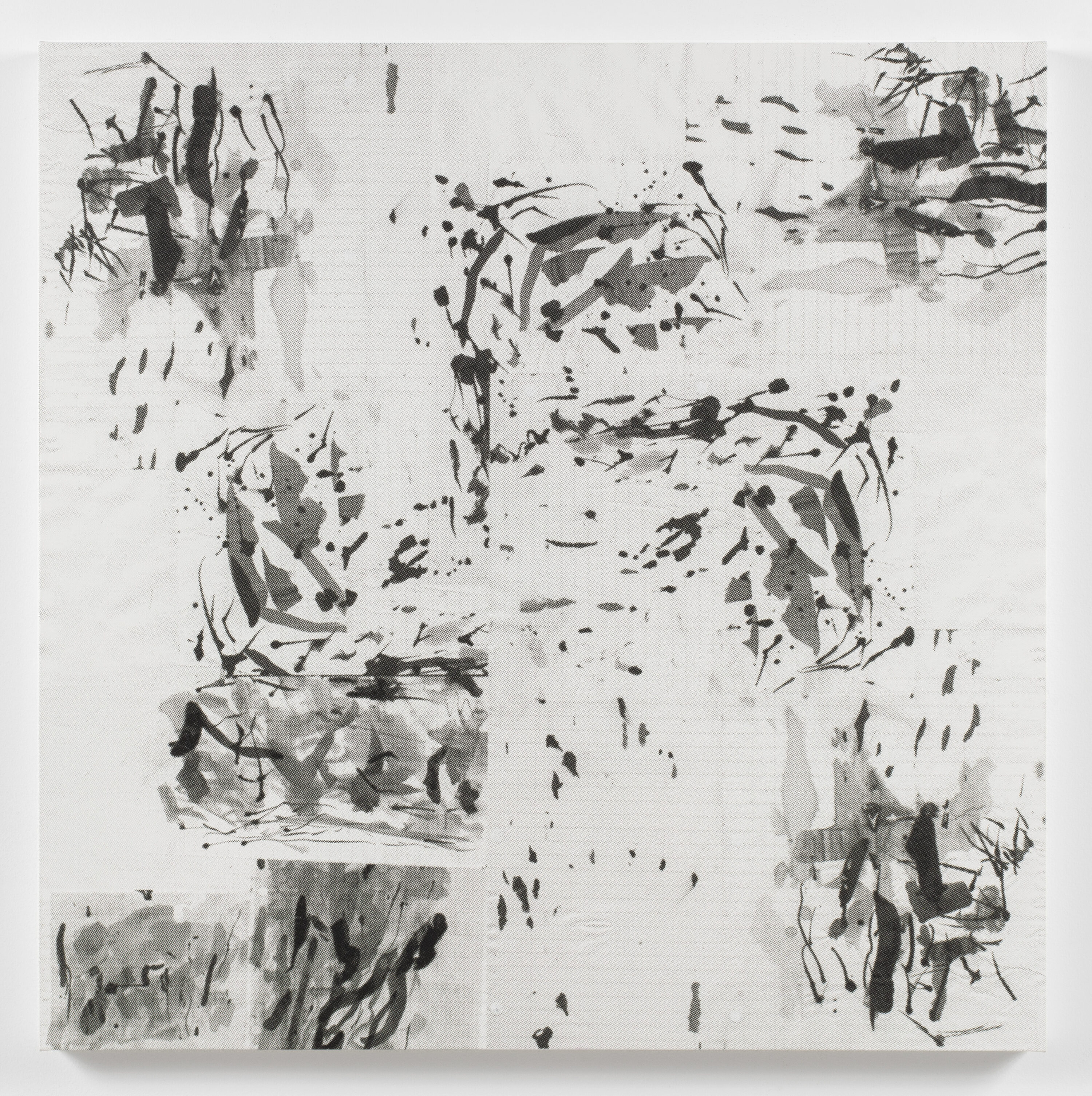 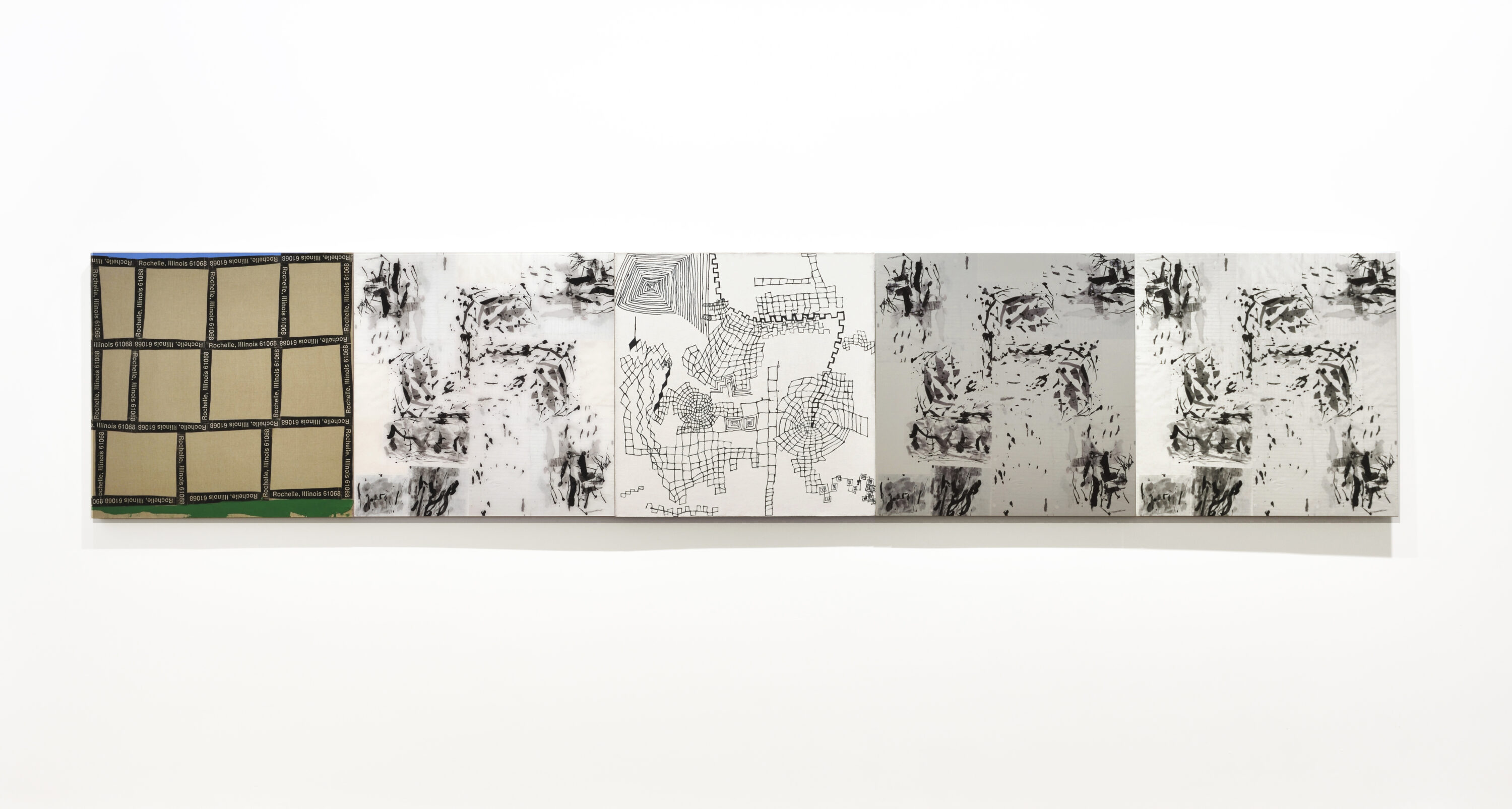 Feinstein usually takes written or visual materials related to her immediate environment as a point of departure and allows them to permeate through her works, negotiating between history and biography. Inspiring metaphor and simile, rainbows have been a cultural signifier of hope, chance, and new beginnings. Feinstein’s jagged, physically active surfaces end up deconstructing the rainbow’s vibrant colours, experimenting with its deceptive meaning. 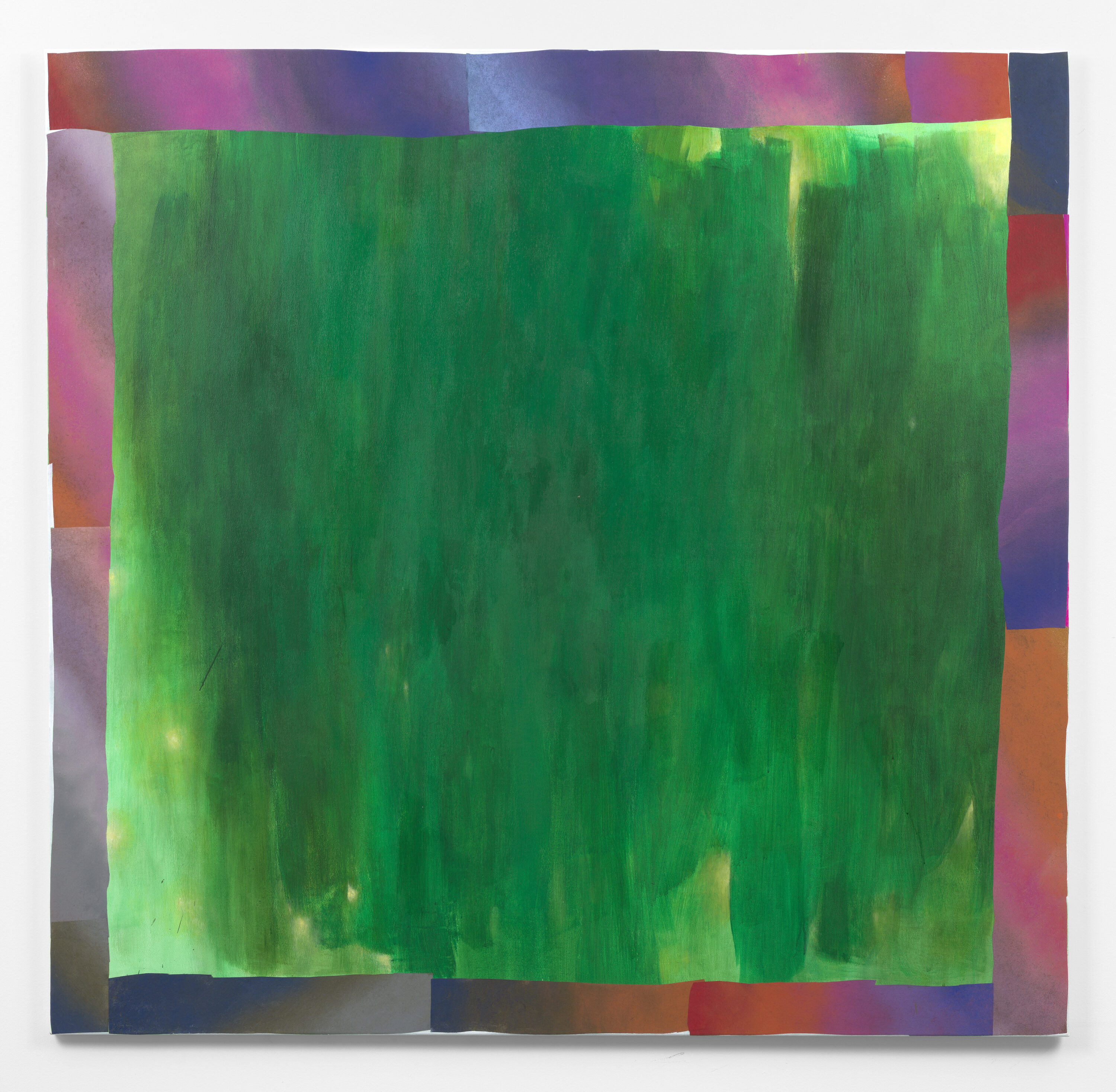 Acrylic and collage on canvas 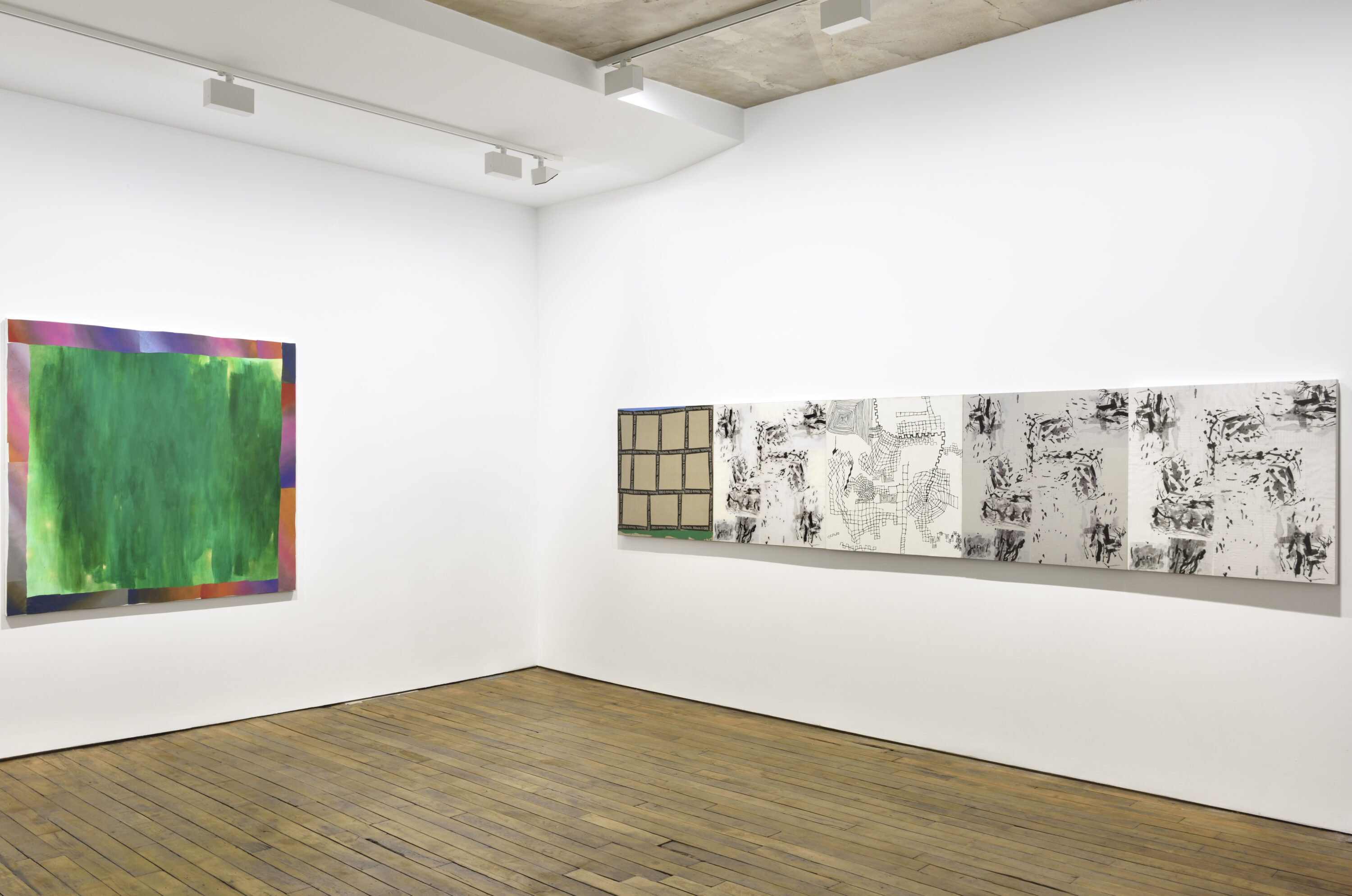 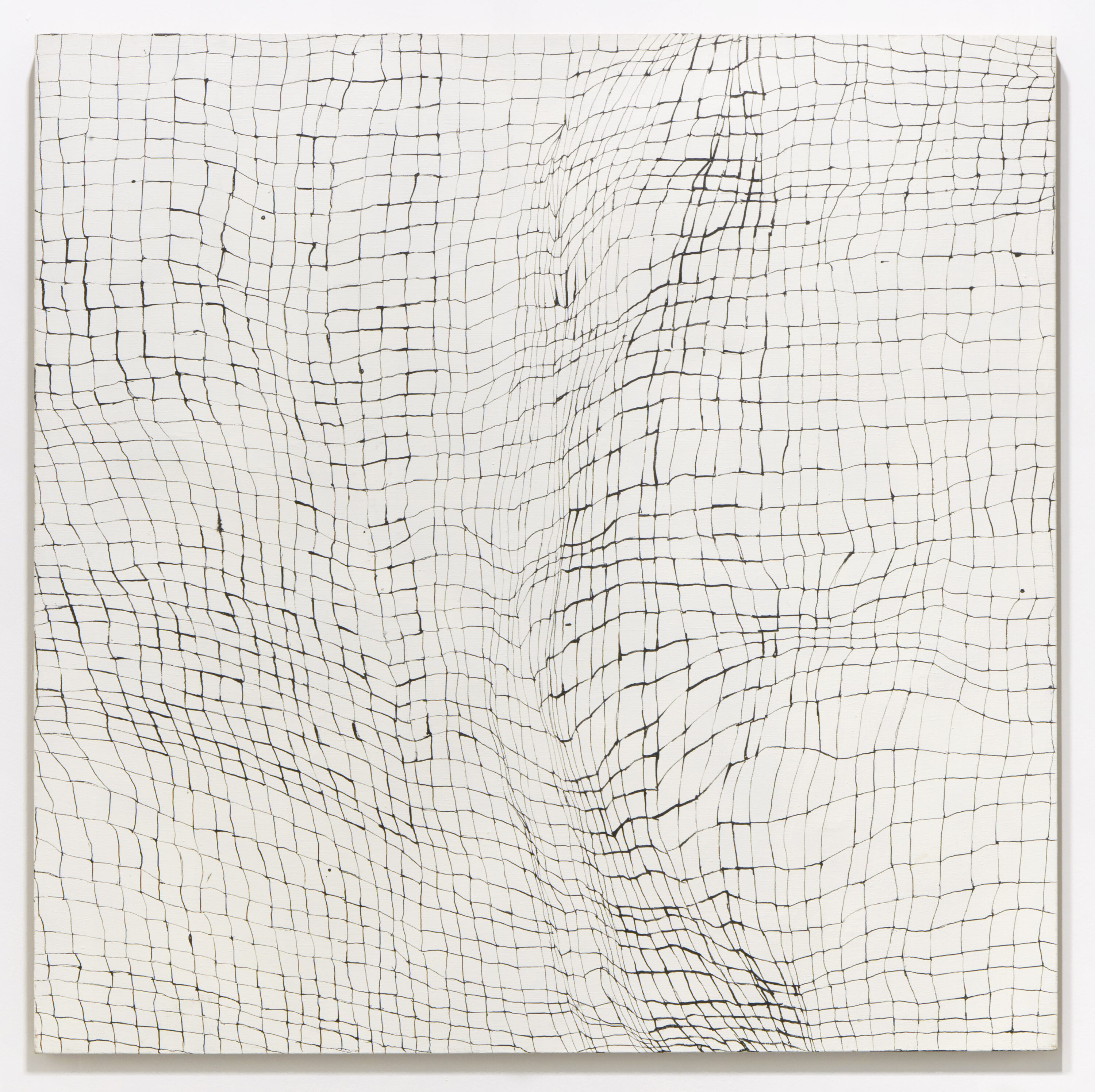 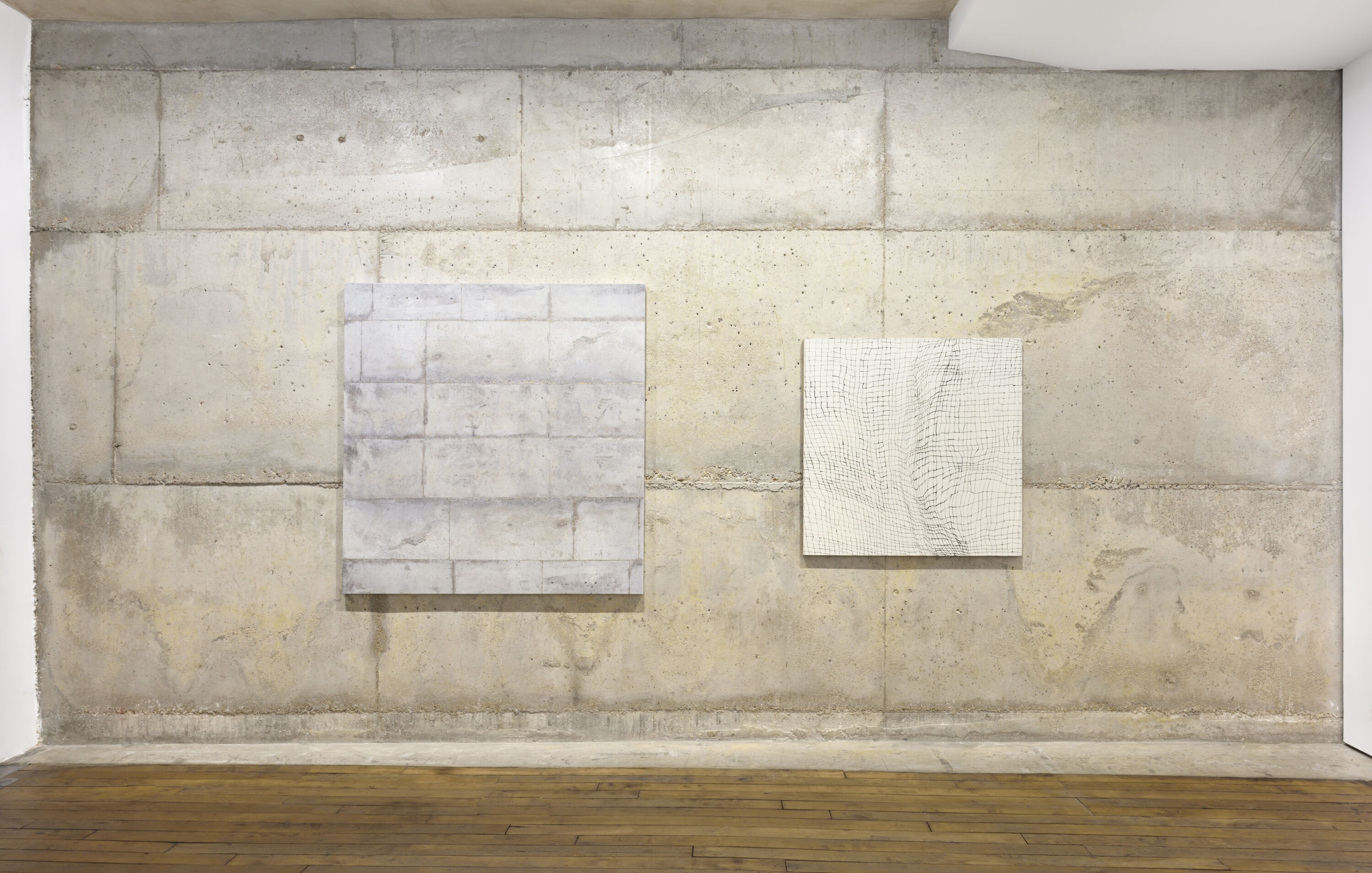 A more recent response to the grid is Feinstein’s account of the distinct concrete wall at the Paris gallery on 6 rue de Braque, which keeps all its screw holes from previous exhibitions, and preserves the rectangular structure of the blocks built almost three centuries ago. 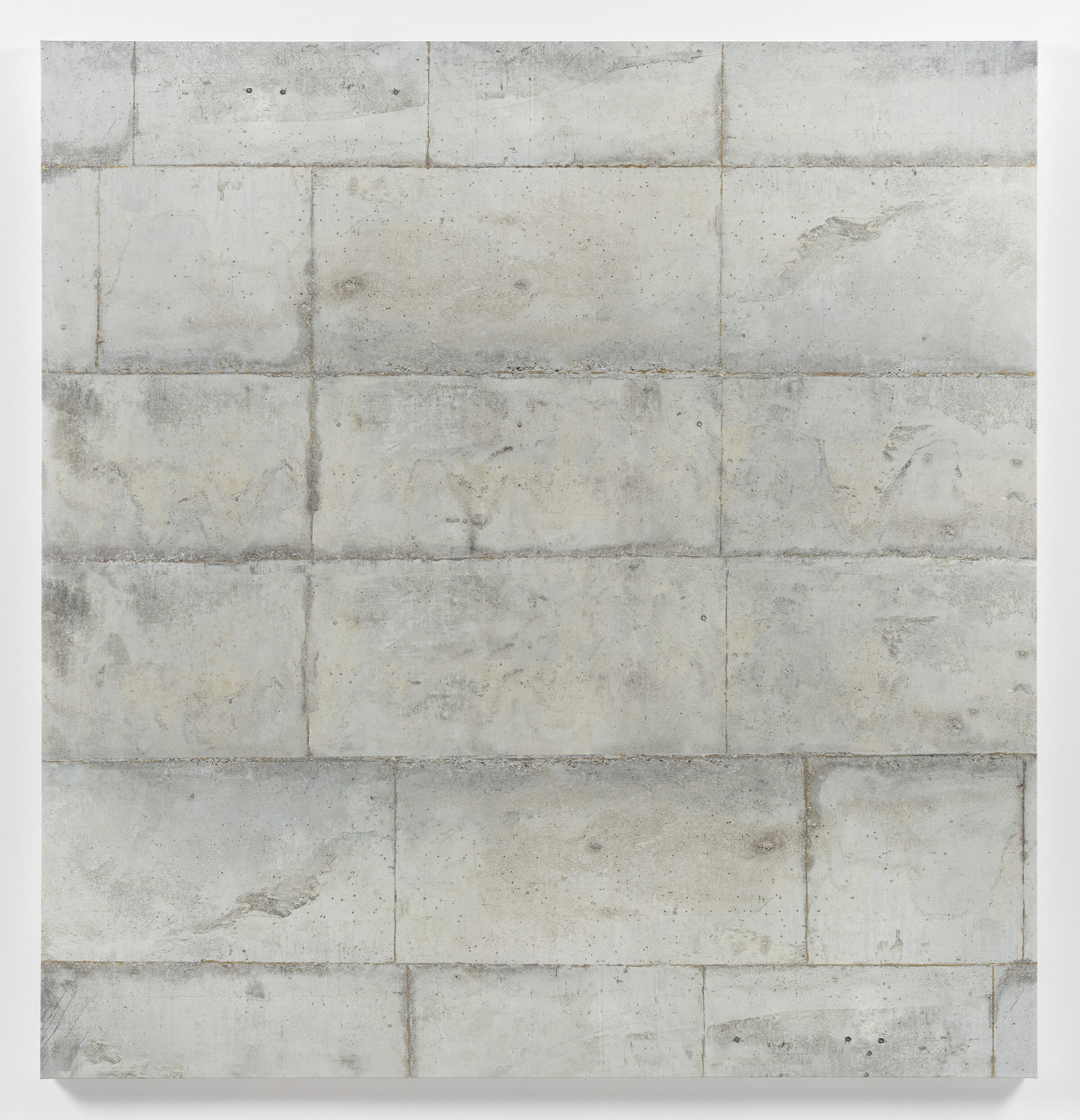 Meditating on its long-lived structure and seams, and in general, on what hold things together, some of the seams are accentuated with gold and silver leaf, recalling a Japanese technique called kintsugi (golden joinery), that, unlike many restorations that seek to hide previous damage, highlights the life of the object. Palpable experiences are brought together with histories that might seem remote, impersonal or reified, like modernism or our world disorder. Without fixing a final reading, Feinstein’s works possess their own imagination, capable of shifting from one perspective to another. 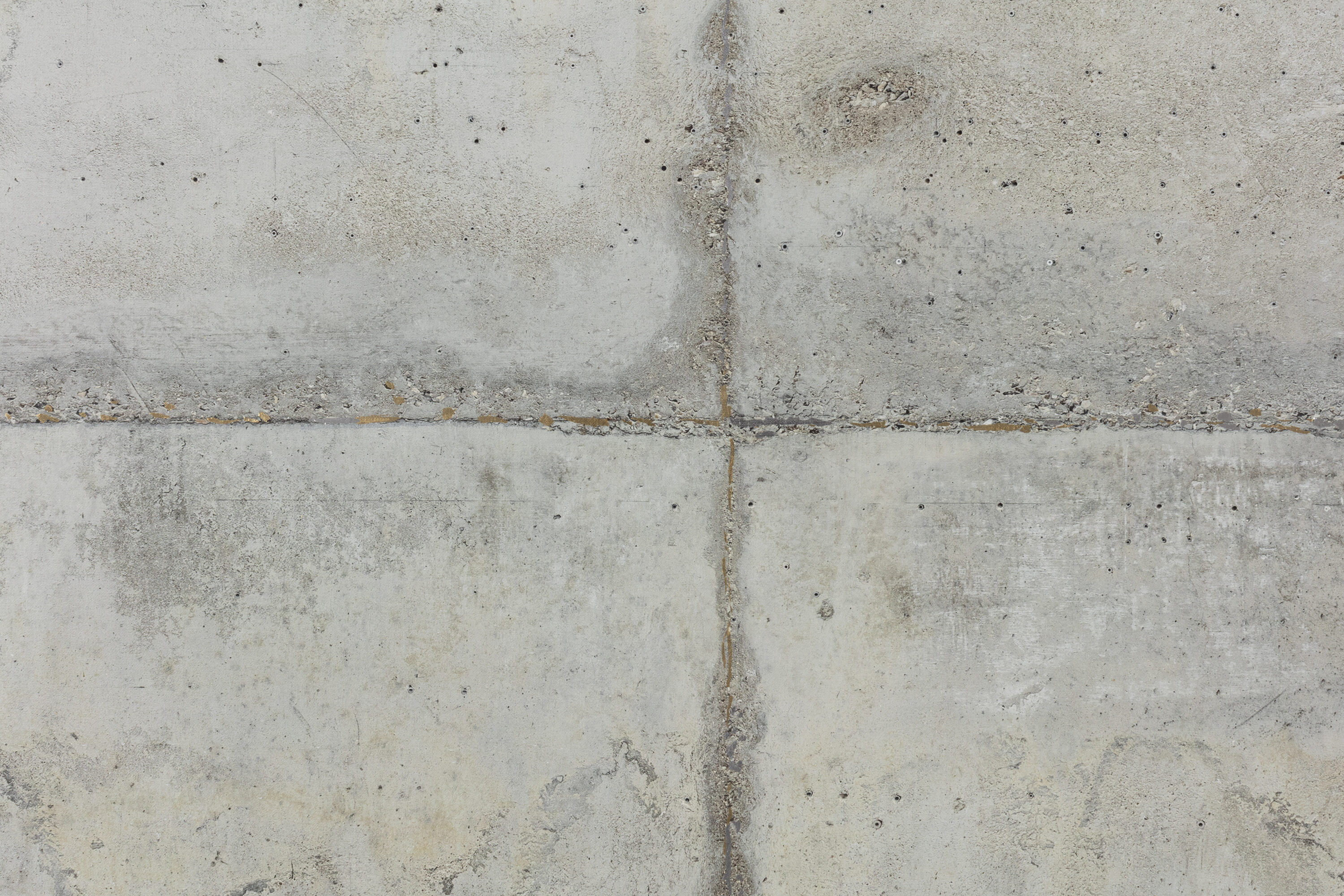 Feinstein's ​titles set events into a different temporality, questioning the reductionism involved in fixing a particular month or date for a situation that is closer to permanent, such as the “women’s history month” or “earth day”. A different idea of periodisation is also present in the way Feinstein thinks about styles, series of works or retrospectives. 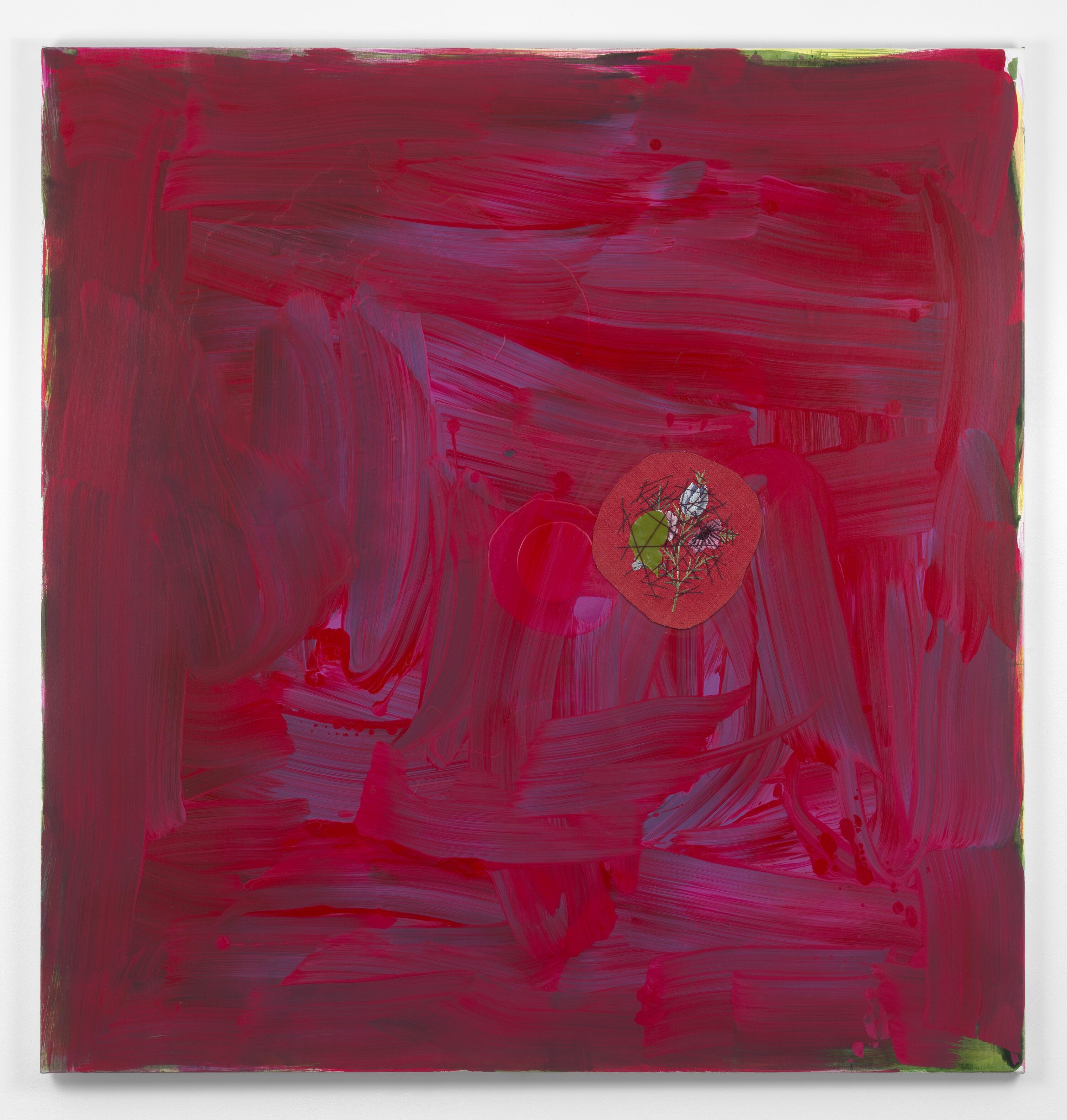 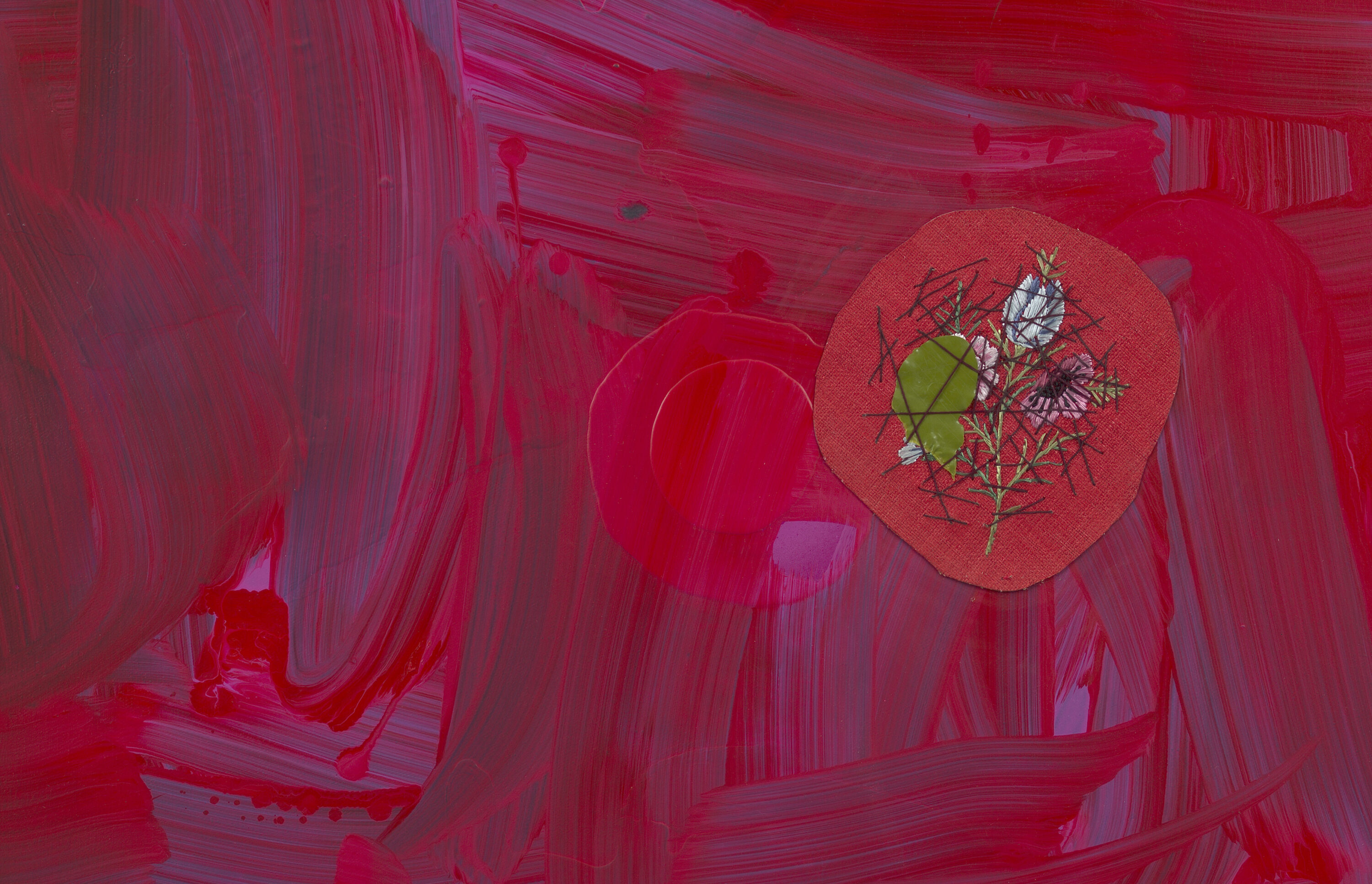 Feinstein’s paintings titled with the overly-used adjective “wonderful”, are mordant variations of what idealized clichés might suggest, much like the word “rainbow”, a signifier of hope or new beginnings. In our current context of chaos and anxiety, these words seem to reveal even more their dysfunctional nature. The complex and opaque atmosphere that motivated Shitstorm Rainbow during its time of production (2018) seems intensified today. 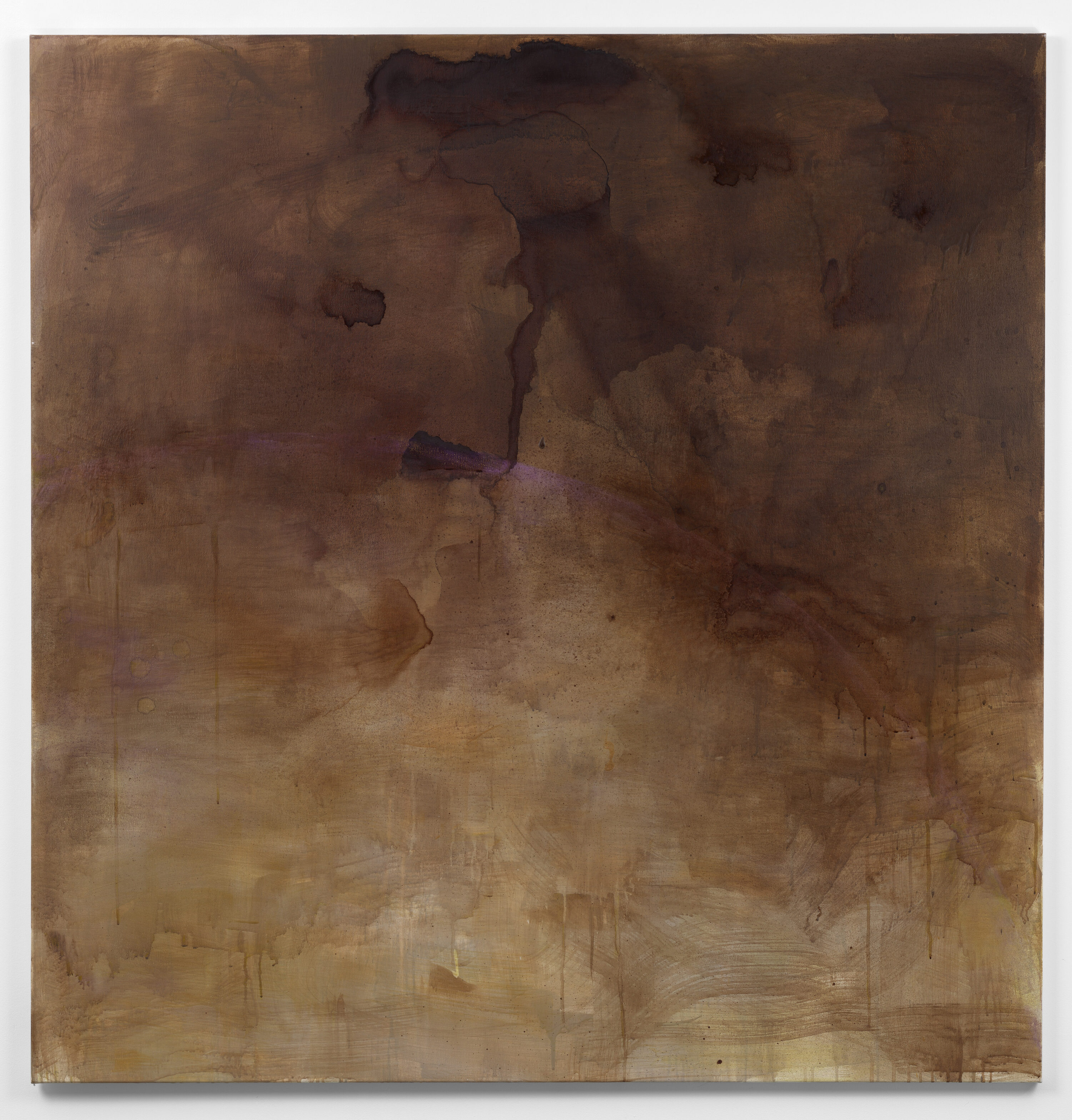 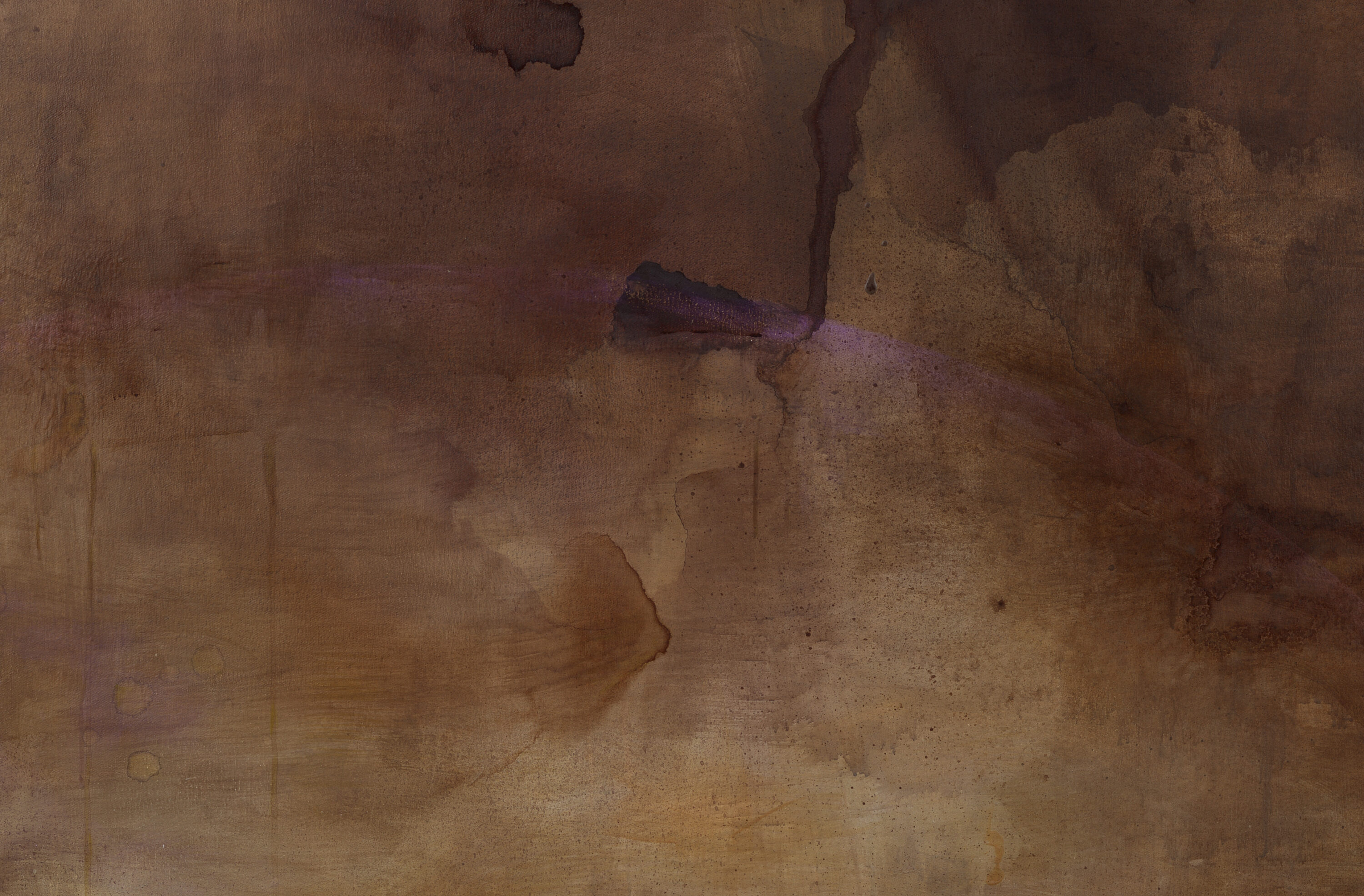 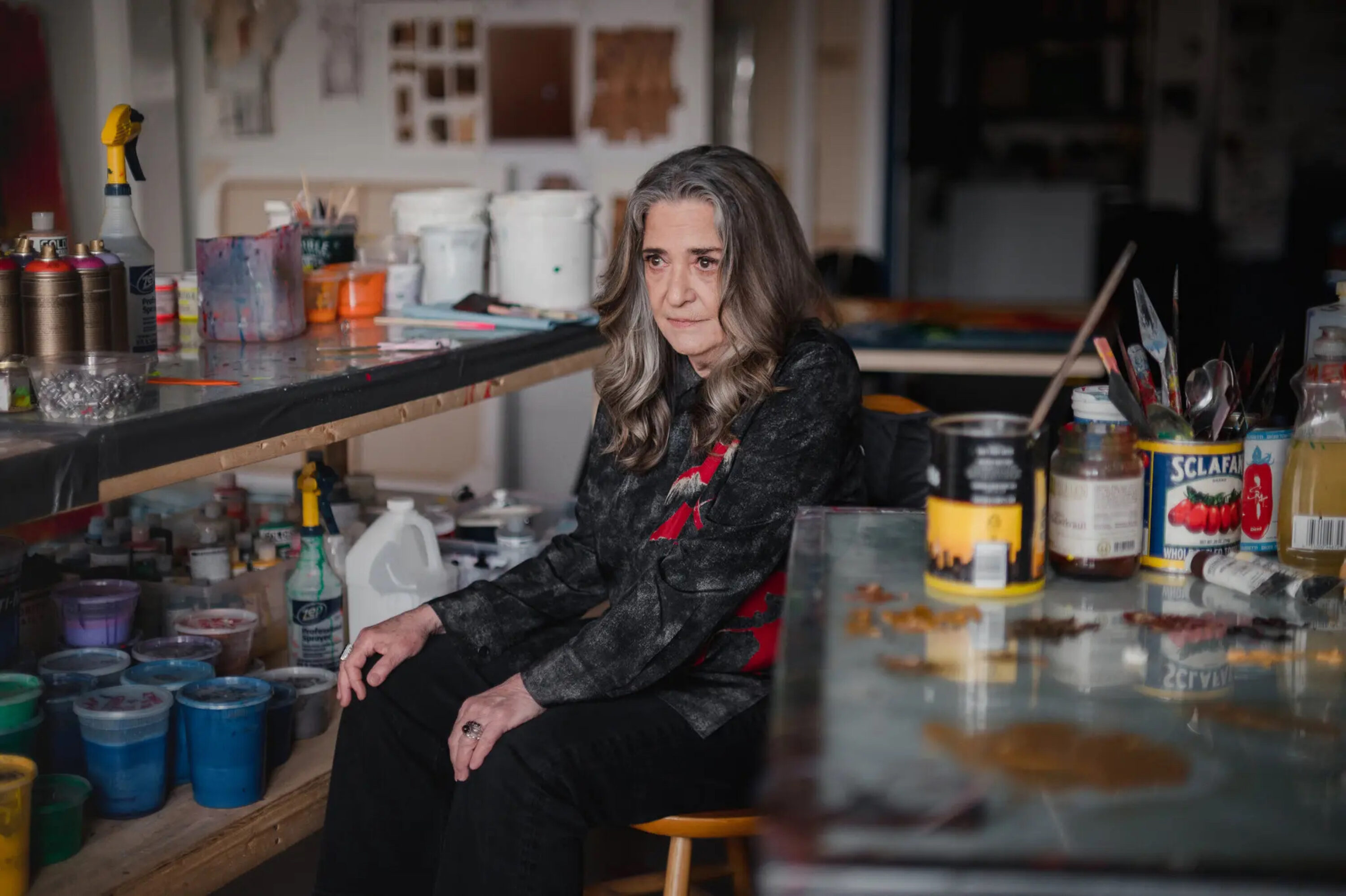 Rochelle Feinstein (1947) lives and works in New York. A major survey exhibition of Feinstein’s work was shown at the Centre d’Art Contemporain, Geneva (2016), and subsequently travelled to Städtische Galerie in Lenbachhaus, Munich (2016), Kestnergesellschaft, Hannover (2017), and the Bronx Museum of the Arts, New York (2018-2019). Past solo exhibitions include Kunsthaus Baselland (2018) and the Radcliffe Institute for Advanced Study, Harvard University (2012). The artist was included in the 2014 Whitney Biennial at the Whitney Museum of American Art, New York. Her work is part of the public collections of Lenbachhaus, Munich; Museum of Modern Art, New York; Perez Art Museum, Miami; Amorepacific Museum of Art, Seoul and the Pérez Art Museum, Miami. Feinstein is Professor Emerita of Painting and Printmaking at Yale University. 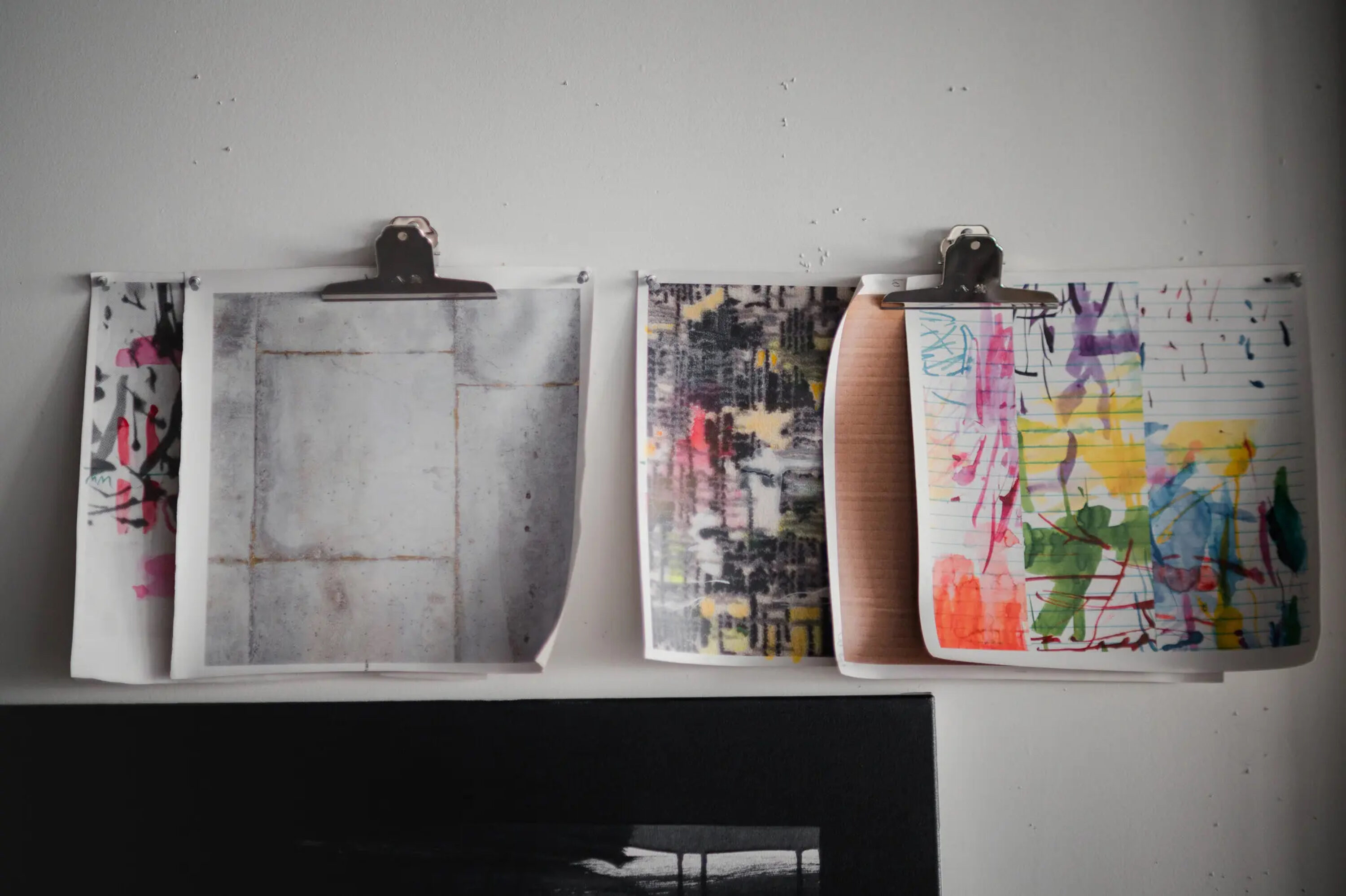 A career-spanning, six-venue exhibition of the painter Rochelle Feinstein’s work opens in galleries across the US and Europe - The Art Newspaper