Campoli Presti is pleased to present Fernanda Laguna’s second exhibition with the gallery, « 70% arte, 56% artesanía, 9% arte_lin ». Art, handicraft, and something that is still not promoted or explained as art, arte_lin, are the components of a failed-in-advance estimate of artistic value.

What is an author, a gift, an artwork, a book, a handicraft, an object, or a commodity, is a question that has haunted Laguna for decades, especially after opening “Belleza y Felicidad” (Beauty and Happiness), in 1999 in Buenos Aires. The space started as a publishing house and evolved into a gallery, bazaar, gift shop, art supply store and poetry venue. Accelerating an artistic traffic usually slowed down by a system that defines, argues, exhibits and sells, ByF was driven by immediacy. “We write in the morning and we publish in the afternoon” was the working principle that anchored everything to the present. Independent from an approval apparatus, ByF opened the path to promote previously censored voices, such as queer and other non-heteronormative subjectivities, and in general anyone who thought of the idea of being an artist or a writer as something unattainable. 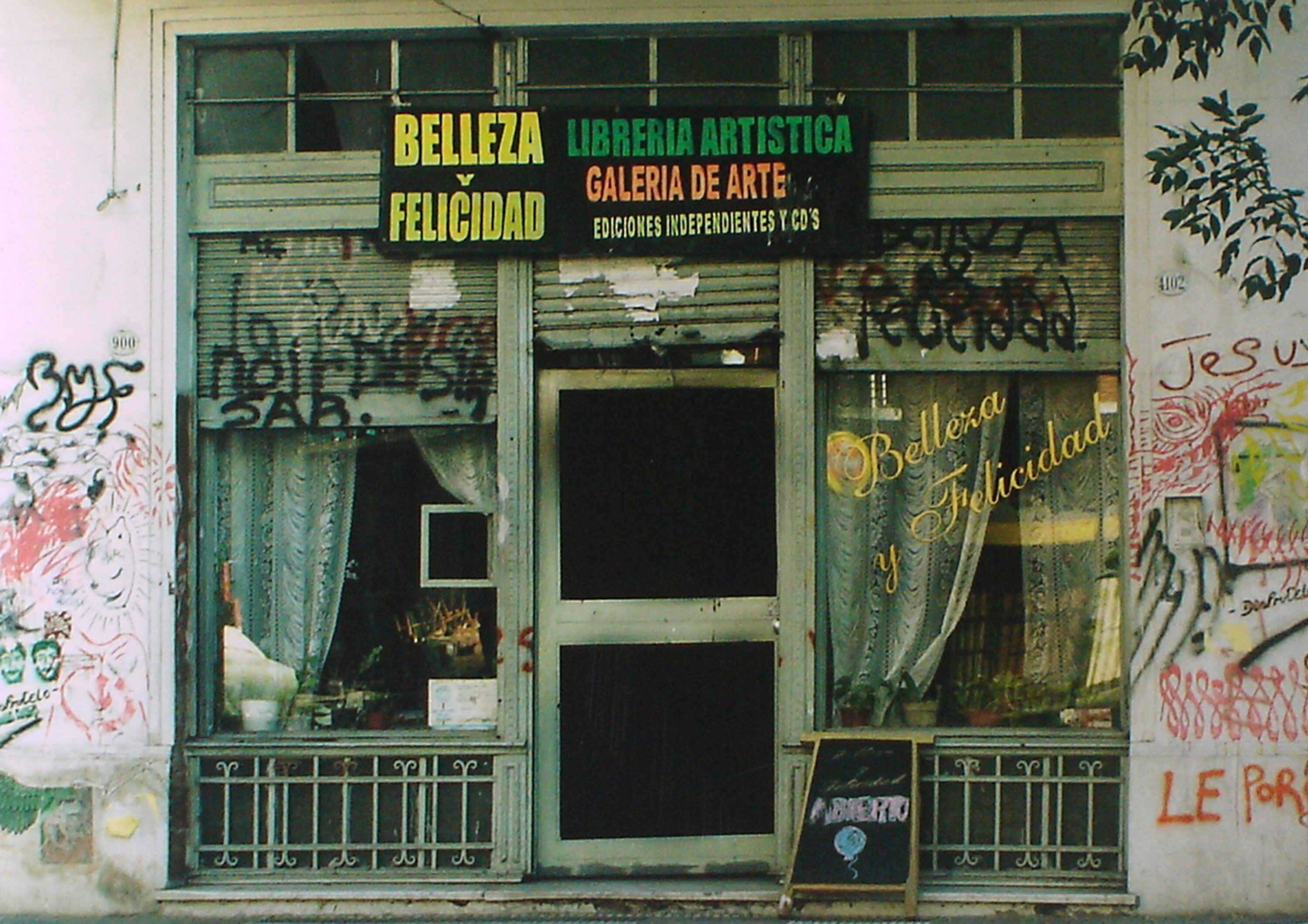 The overtly optimistic name, sometimes misread as frivolous, is the opposite force against everything that indicates that there is no room for art, only for “reality” (economy). ByF opened a branch in 2003 located in Villa Fiorito, one of the most impoverished neighborhoods in Buenos Aires, which works until today as a “gourmet” soup kitchen, a gallery, an art school for children, and an antenna of the feminist movement “Ni Una Menos”. Fashion shows, film festivals, art exhibitions or book launches are usually reserved to a select number of bodies. ByF Fiorito shows that it doesn’t need to, and reveals that the right to pleasure and creativity is as unequally distributed as any material need. 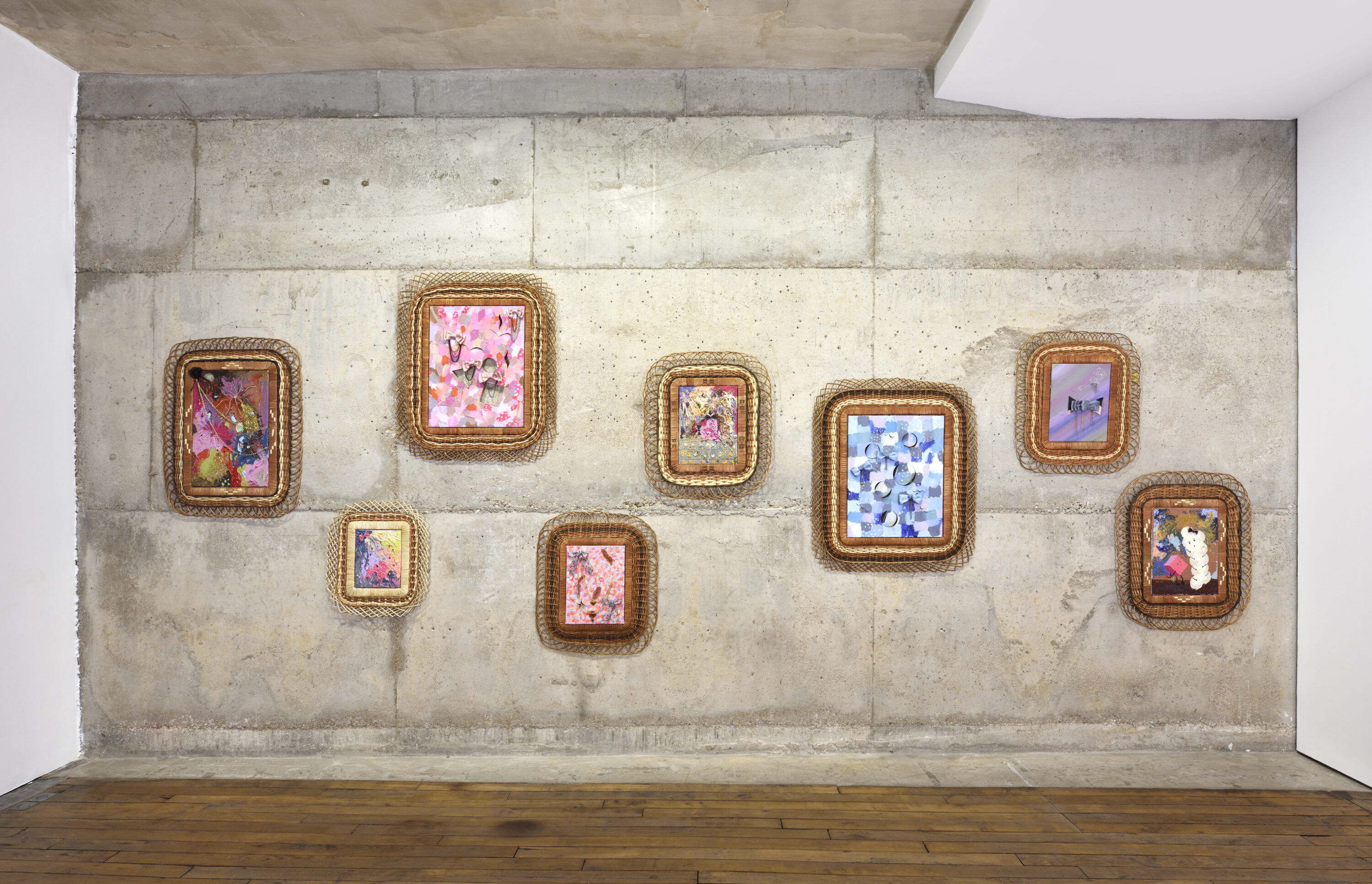 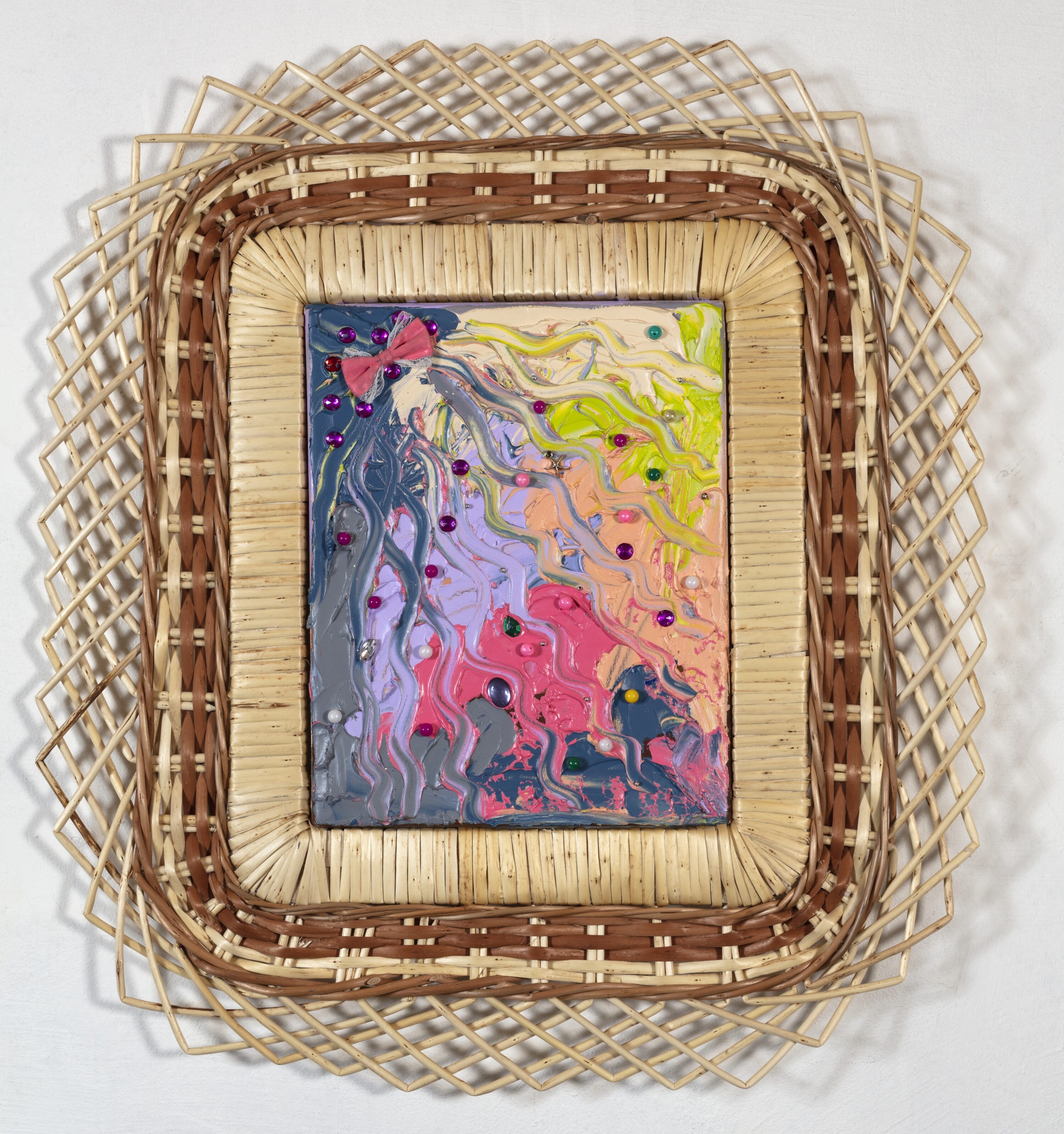 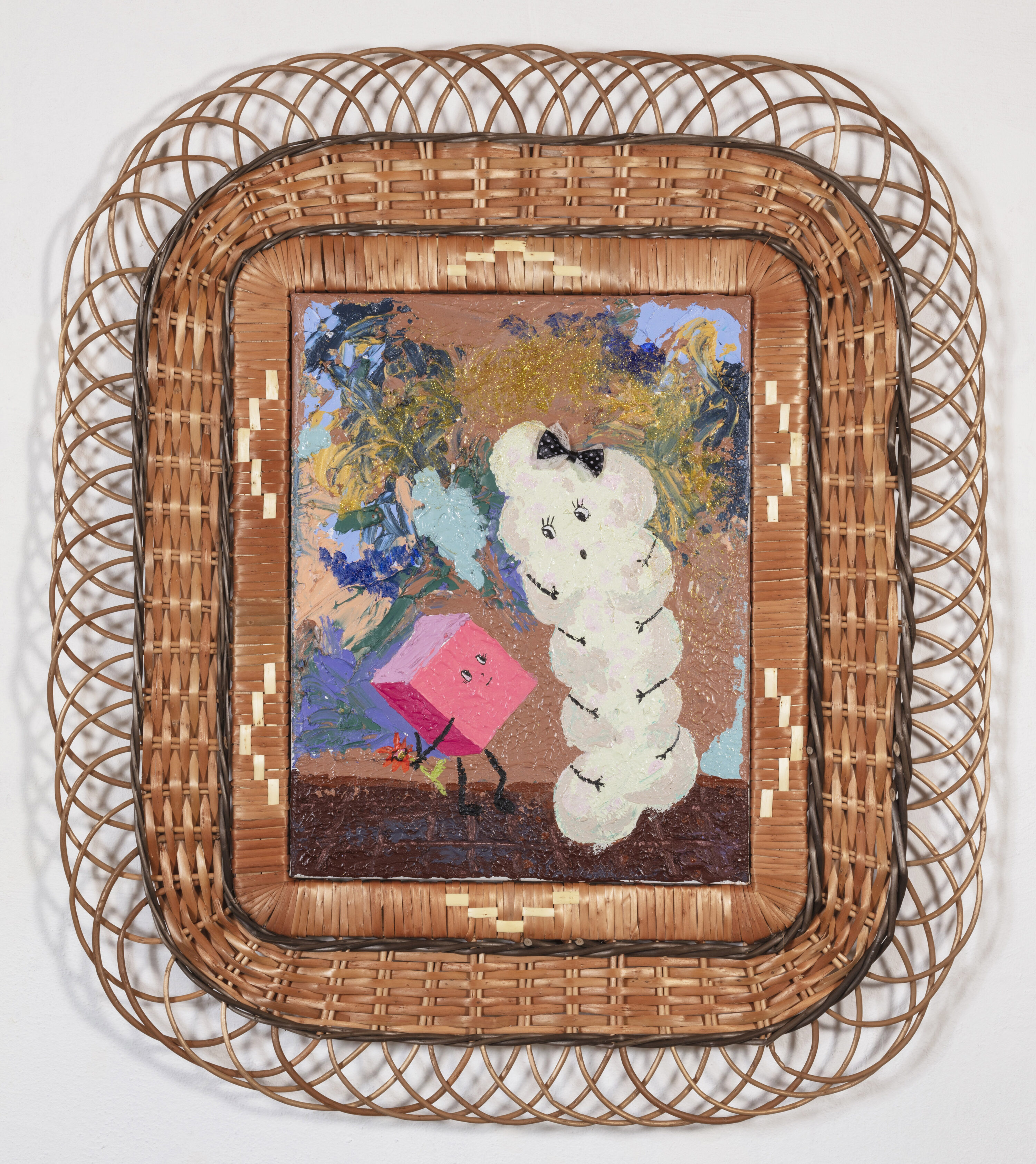 Painting has always held a special place inside Laguna’s practice. Its extremely coded history is not paralyzing to her but rather a means to explore and play with the idea of progression and mastery that it has conveyed for a long time. Laguna seems to be “feminizing or queering the heroic avant-garde of the early twentieth century”, as Chris Kraus noted, by reappropriating a certain amateurism associated with female manual work. 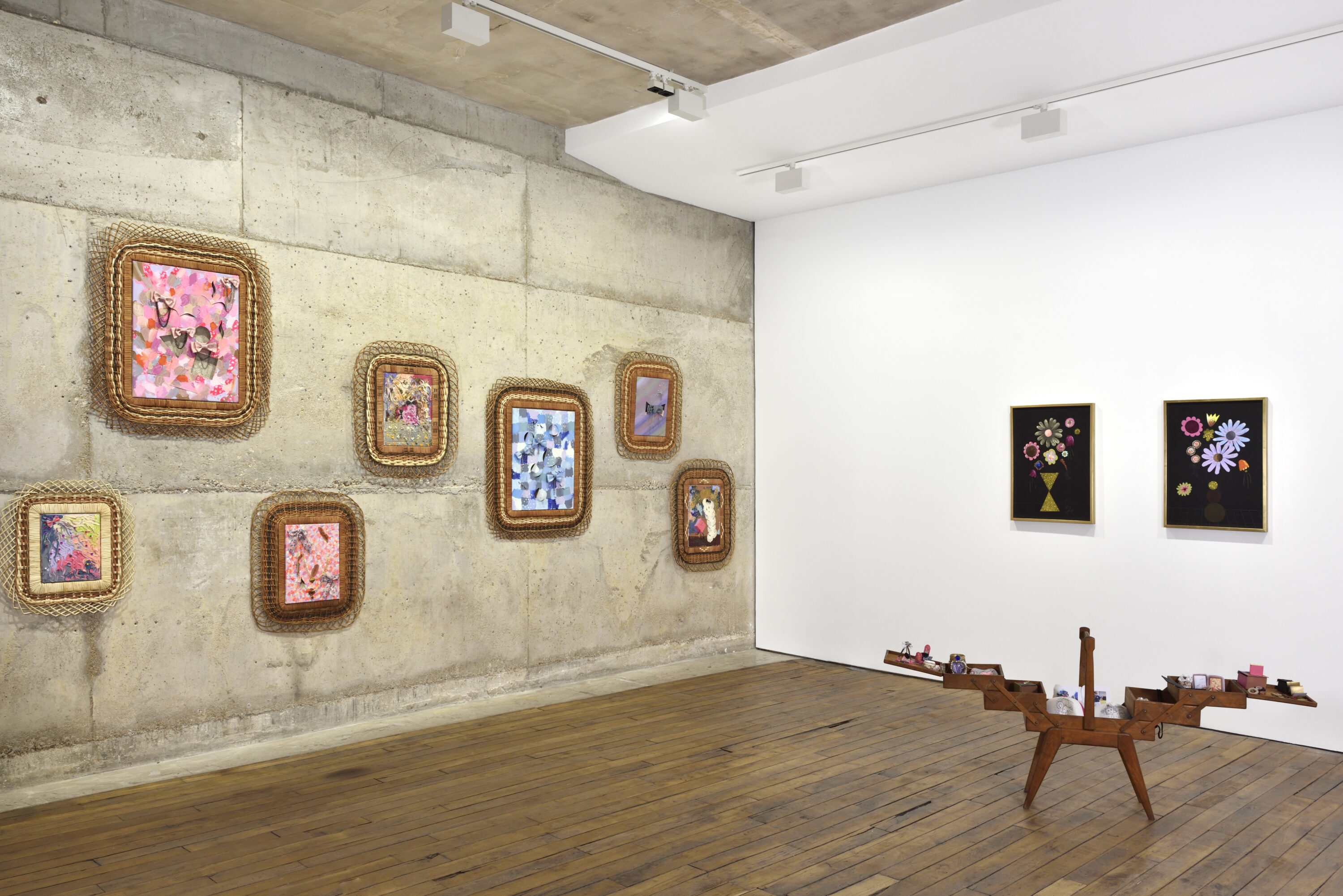 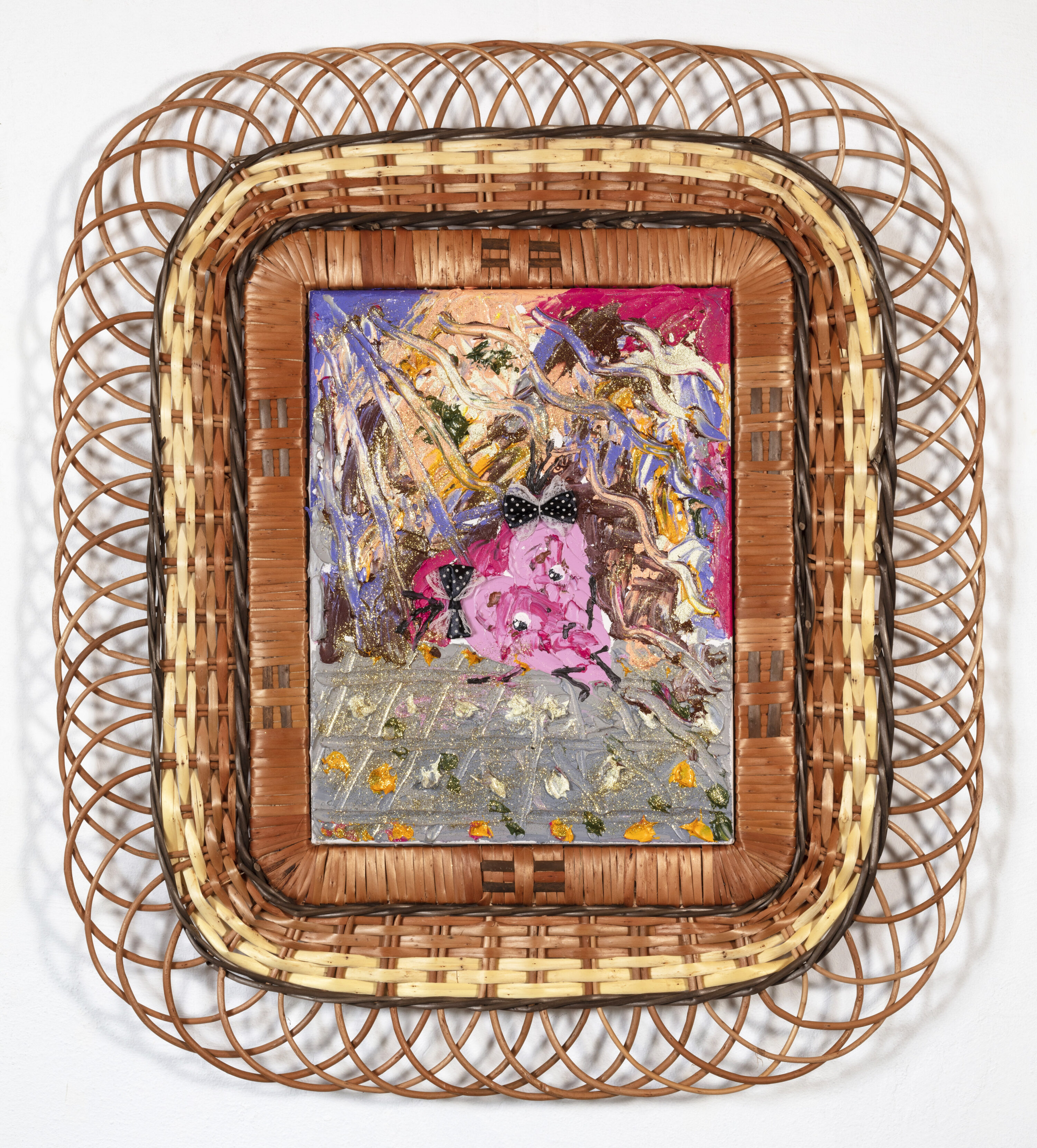 There is something about the materials, but also the mindset that is necessary to approach manual work, that can easily migrate to other objects. Craft work requires repetition, practice and a certain kind of focus, the kind that can take your mind off pain. But it also provides a sense of freedom from all intellectualizations, from all scheming and planning, and this is used by Laguna to test the barrier of what can fall under the categorization of art. 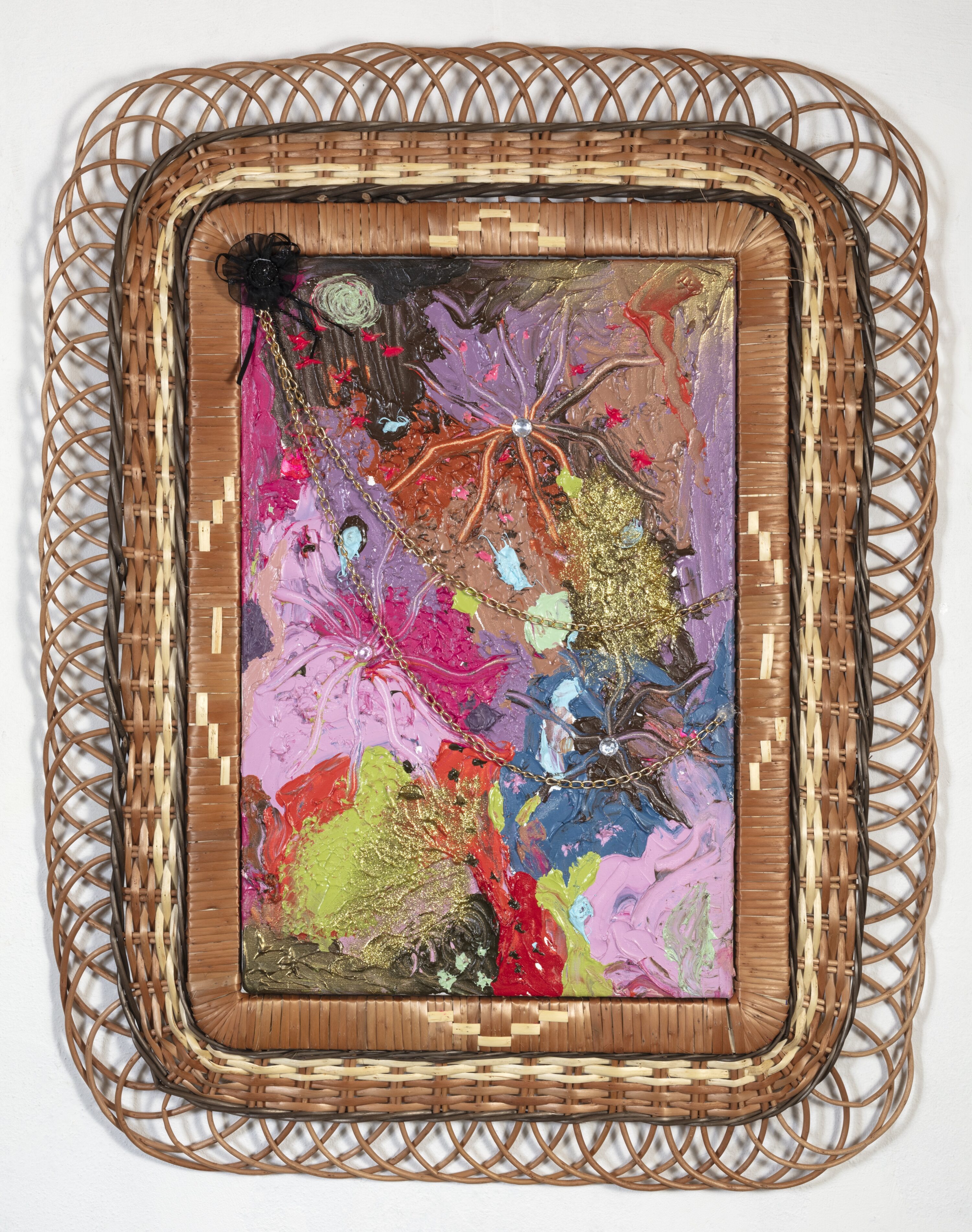 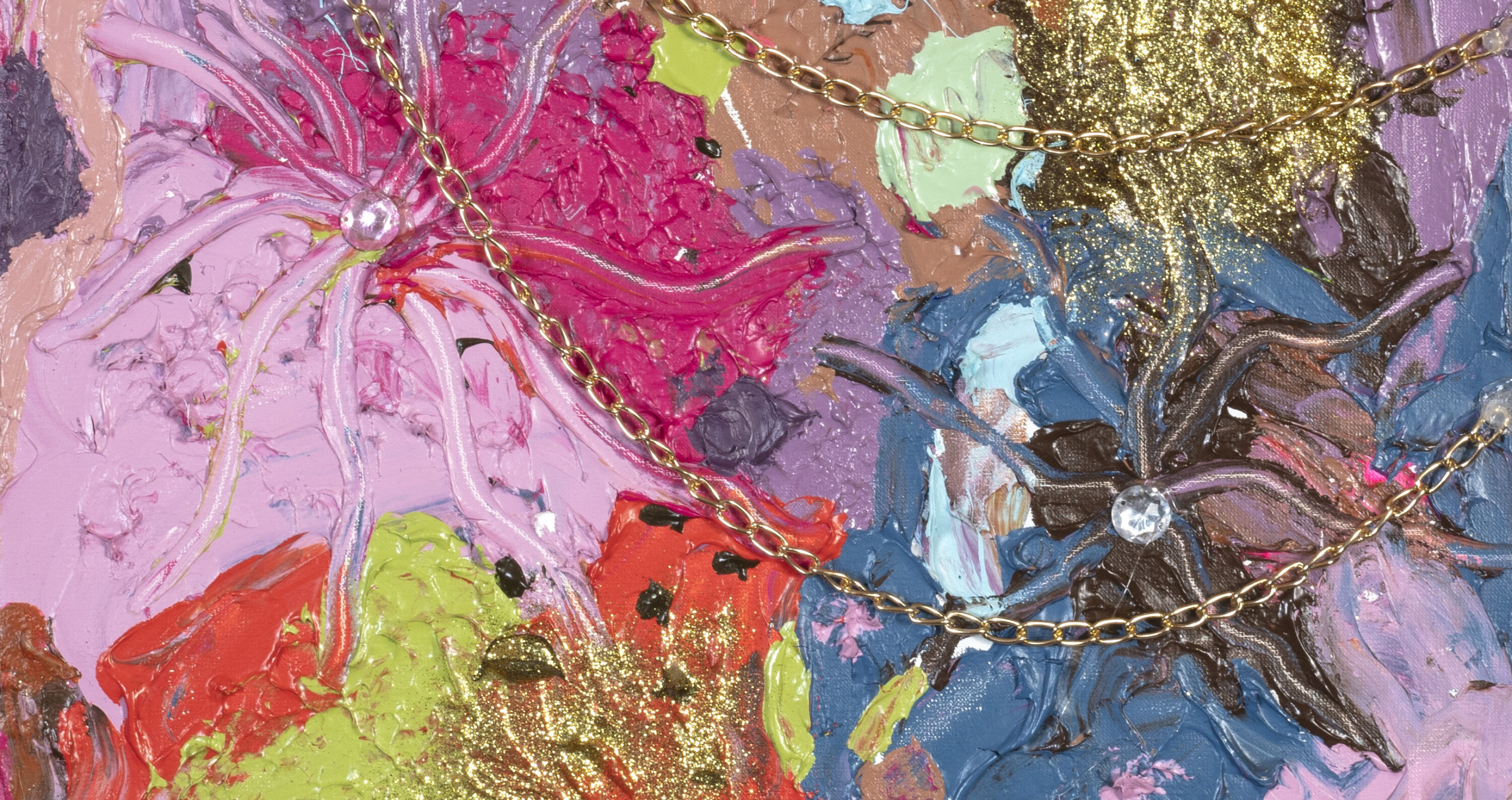 In her Mimbres (wicker canvases), Laguna customizes modernist cannons with materials that can be found in sewing boxes and craft kits associated with female chores. The installation on the concrete wall shares Laguna’s idea of painting as a catalogue, a repertoire of the paintings she’d wish to have, where no style is excluded and that anyone can copy. 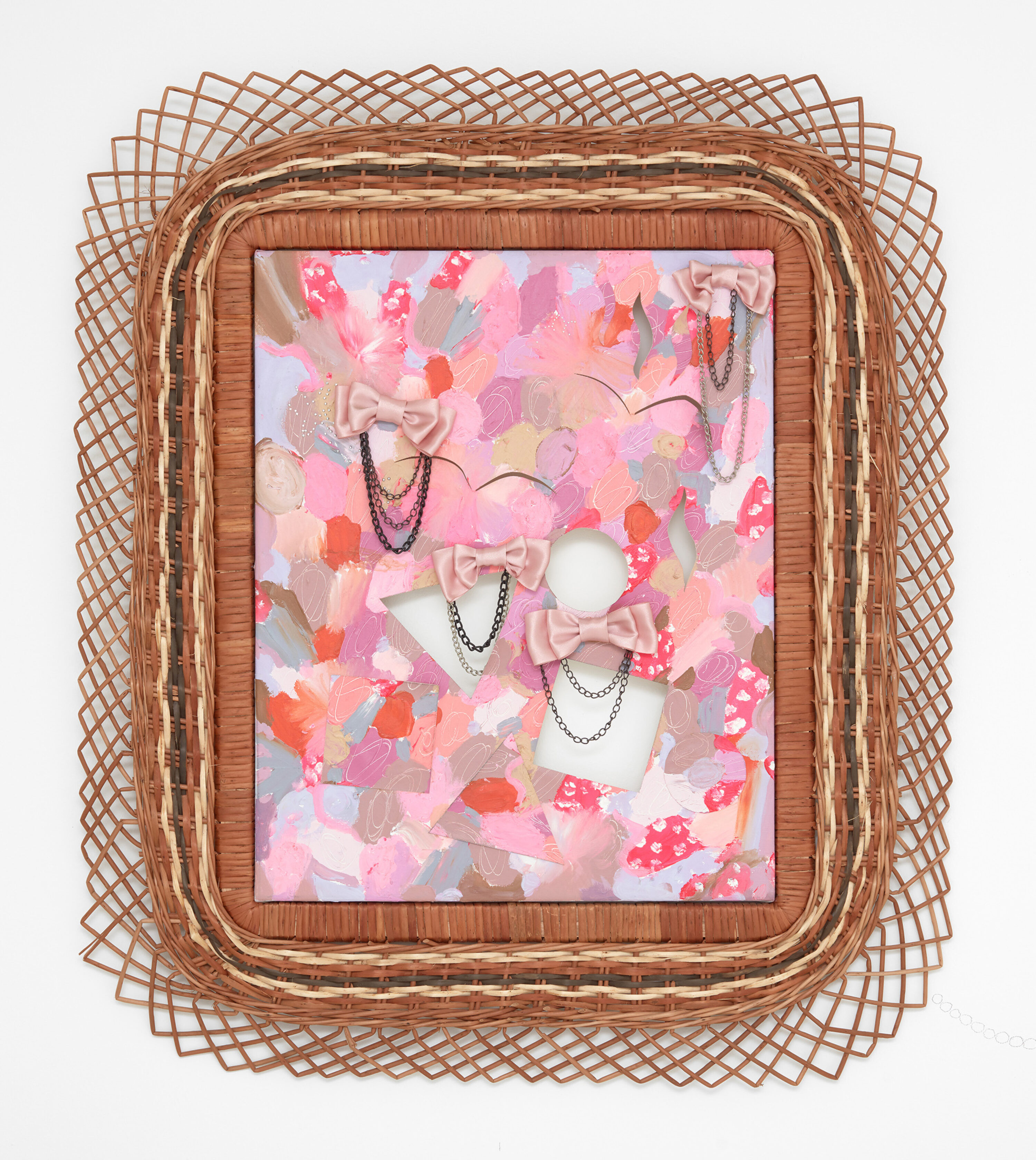 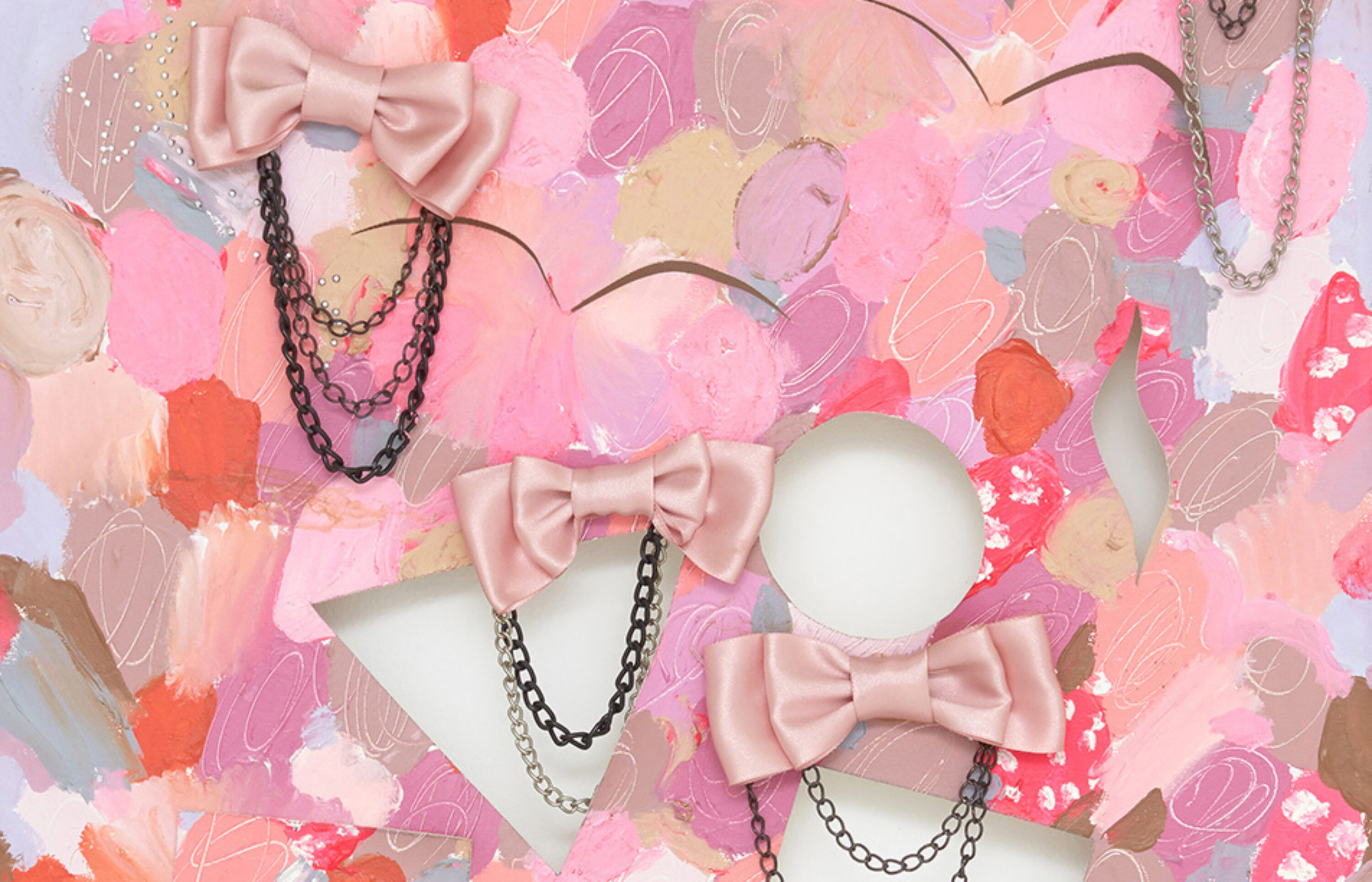 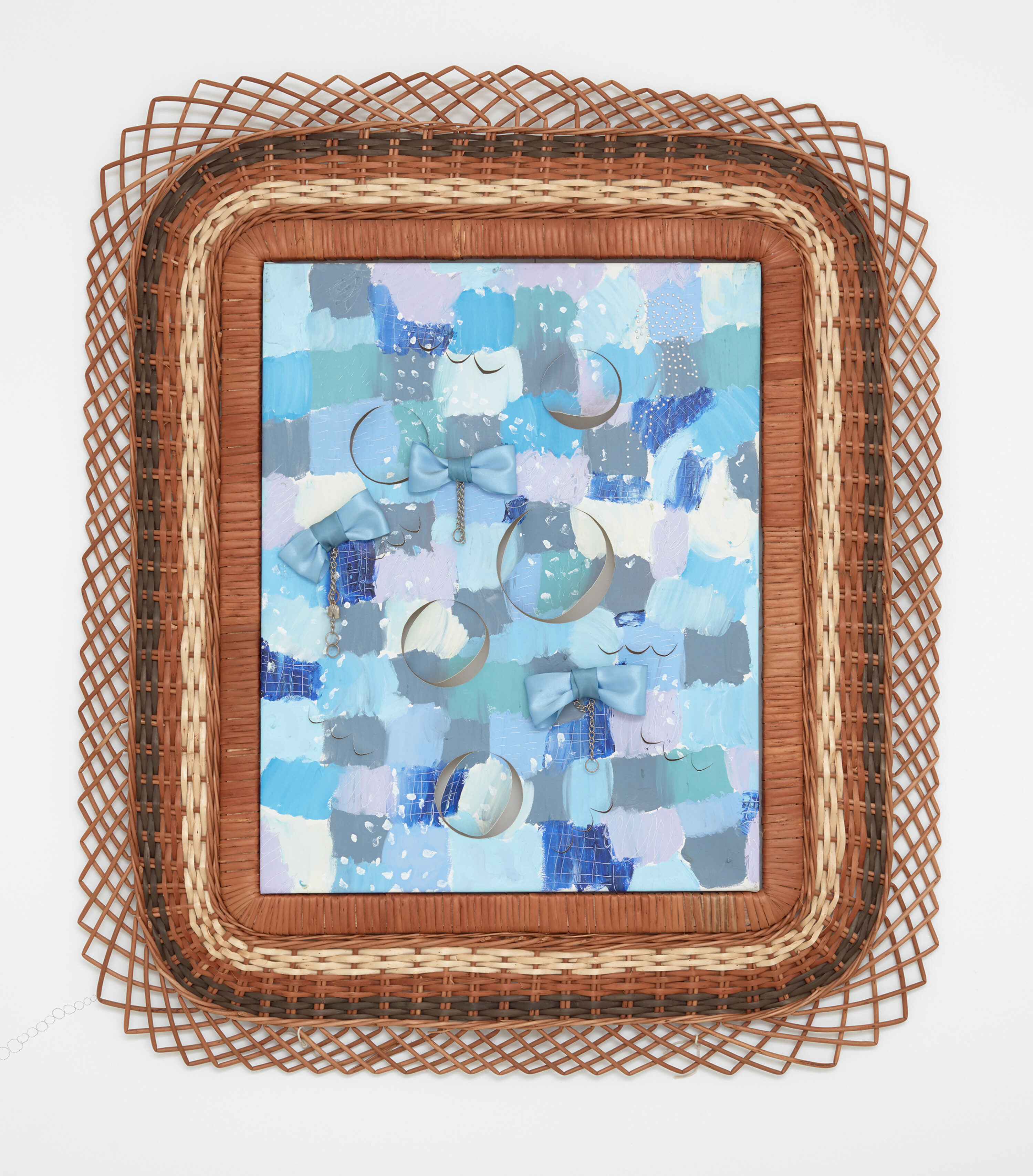 « 70% arte, 56% artesanía, 9% arte_lin » is a continuation of her non-hierarchical and collective approach to art, showing paintings and objects of different status side by side. 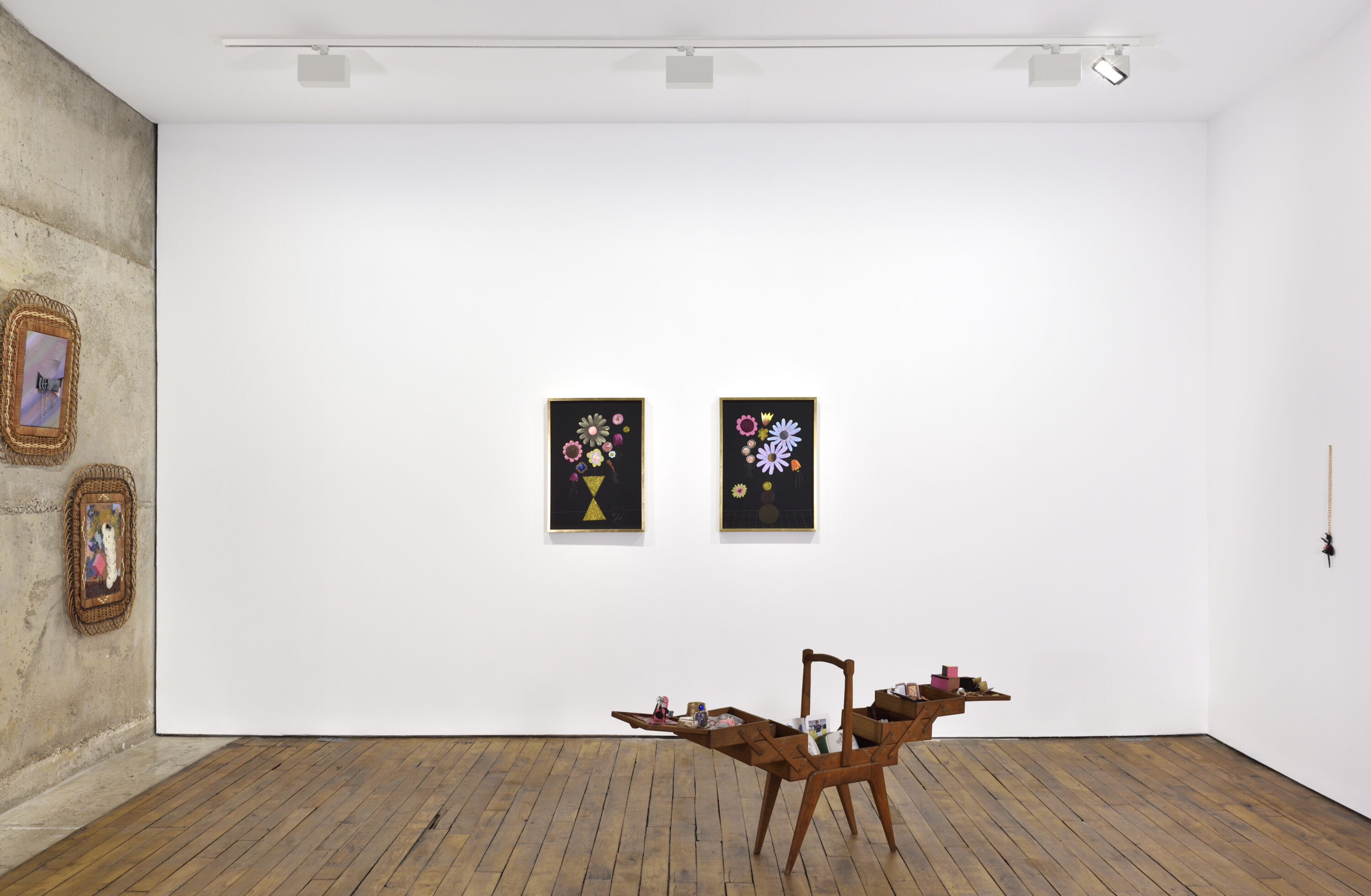 Living Comedor (2022) features geometric figures holding static and detached colorful flowers like those found in vanitas, but more so in copies of vanitas hung in living rooms and hotel lobbies set to warm up the atmosphere. The underlying monochrome black surface, a longtime obsession of abstract art, shares the same frustrated expectation of a neutral flatness. 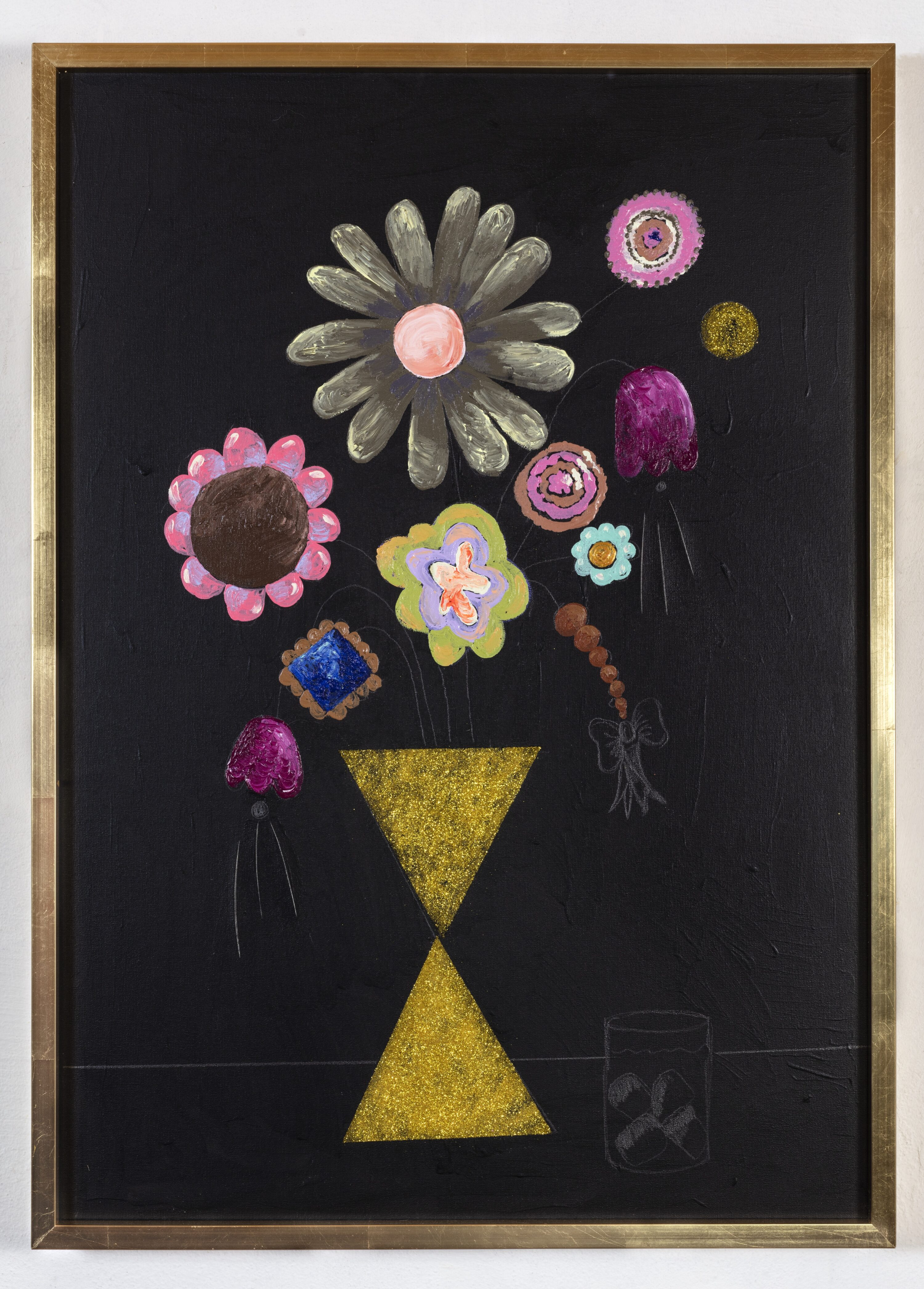 Acrylic and glitter on canvas 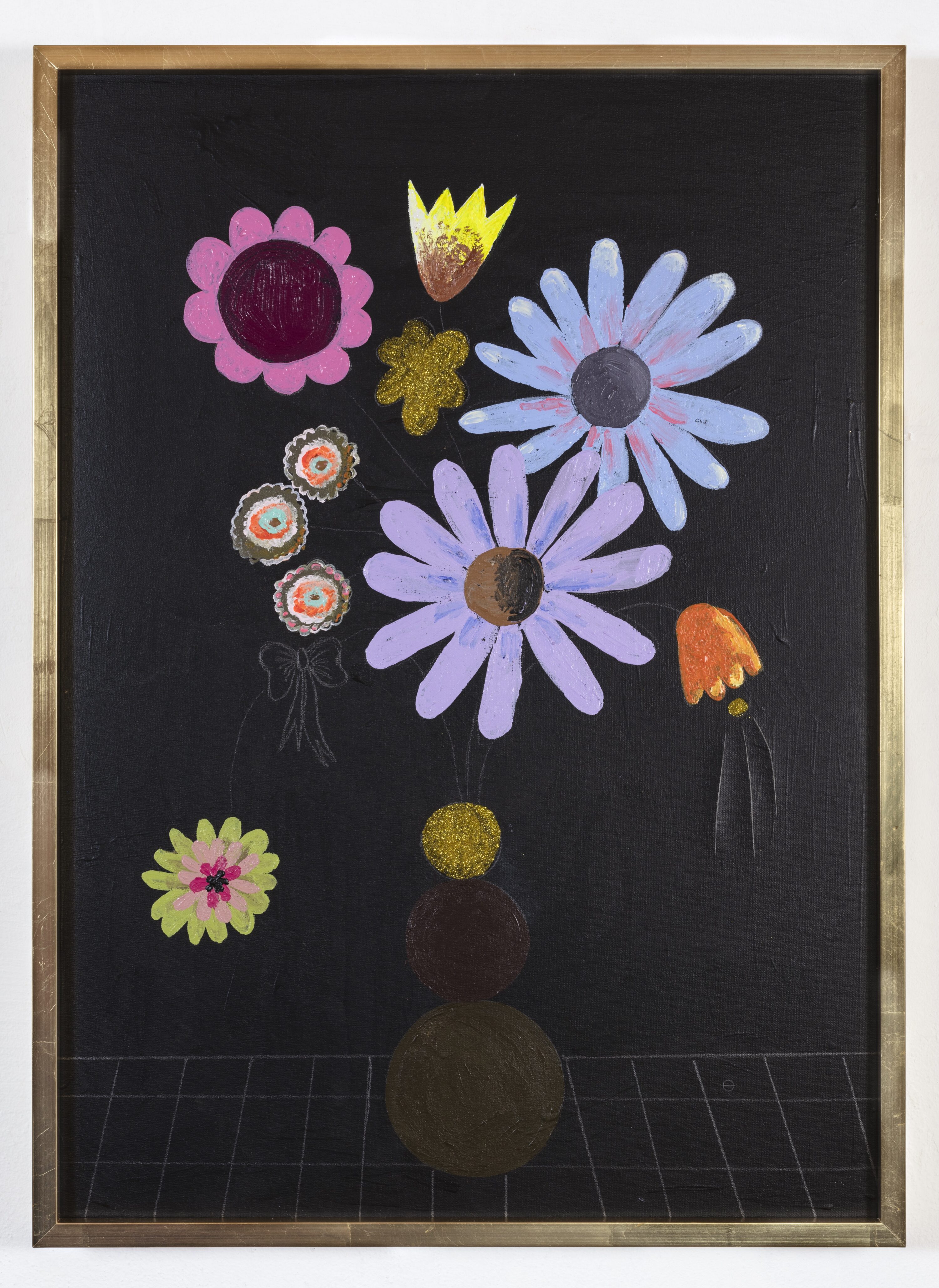 Acrylic and glitter on canvas

Manual traces of the layering produce different effects of darkness, while hidden shapes in graphite emerge as a comment to the viewer, almost asking them what they think, or inviting them for a drink. Laguna uses drawing as a complicit gesture to communicate emotion, authenticity and humor, and as a means to have direct access to the viewer. 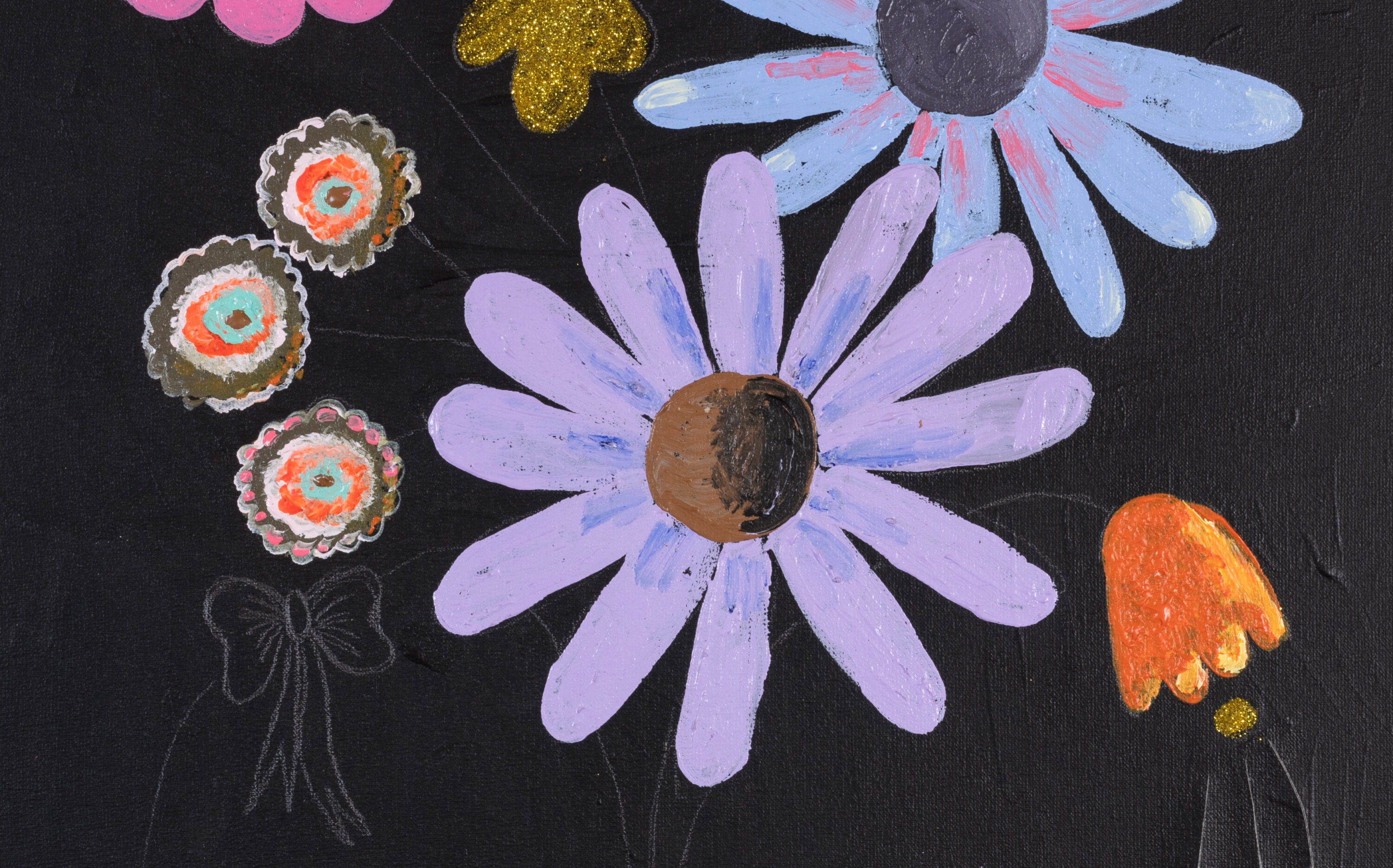 Lin_art, a term whose meaning is still in the making, designates art that hasn’t been labelled as such yet. It is art speaking from the future, but also from parts of the artistic past that remain unknown. Lin_art can appear in very explicit and educational forms, as shown in Laguna’s posters, where found images build a whole iconography explaining where art comes from, in what it transforms, in what frequencies it travels. It also names things by showing their Google Image result, reflecting how they are gradually replacing the action of naming things out loud. Estimates and charts of objects and emotions reflect our incessant need to classify and understand them, humorously surrendering to the fact that we’ll never succeed. 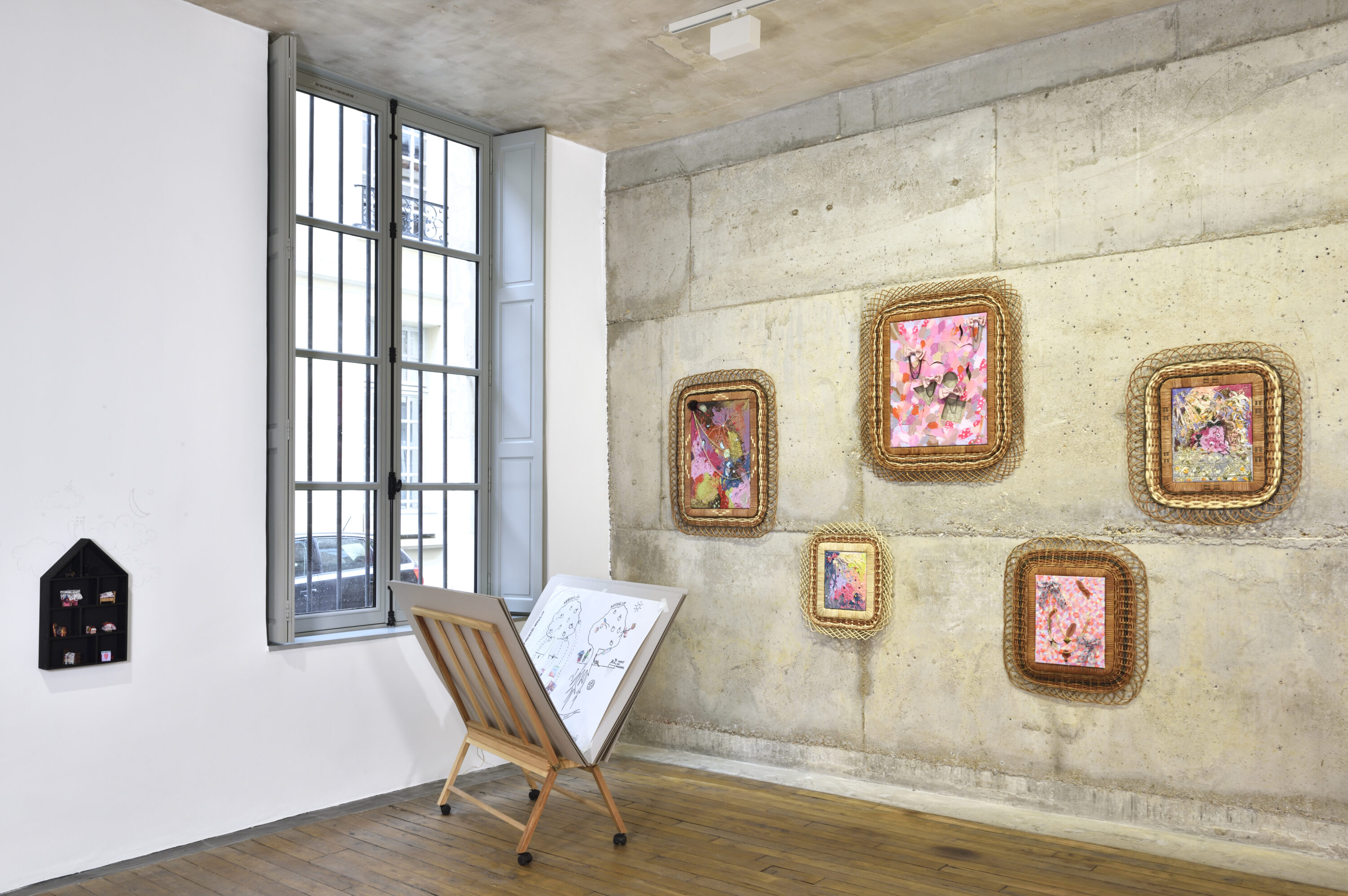 Hand-painted panties and drawn hats may work as affordable versions of a “Laguna”, price-tagged like other necklaces and pendants. Other objects are valued like the art market dictates, others are not for sale, and other are meant to be given only as gifts. Laguna exposes the ambiguities that guide our discourses around artistic value, from reciprocity to gift economy to the arbitrary surplus value of artworks, showing its contradictory economies. 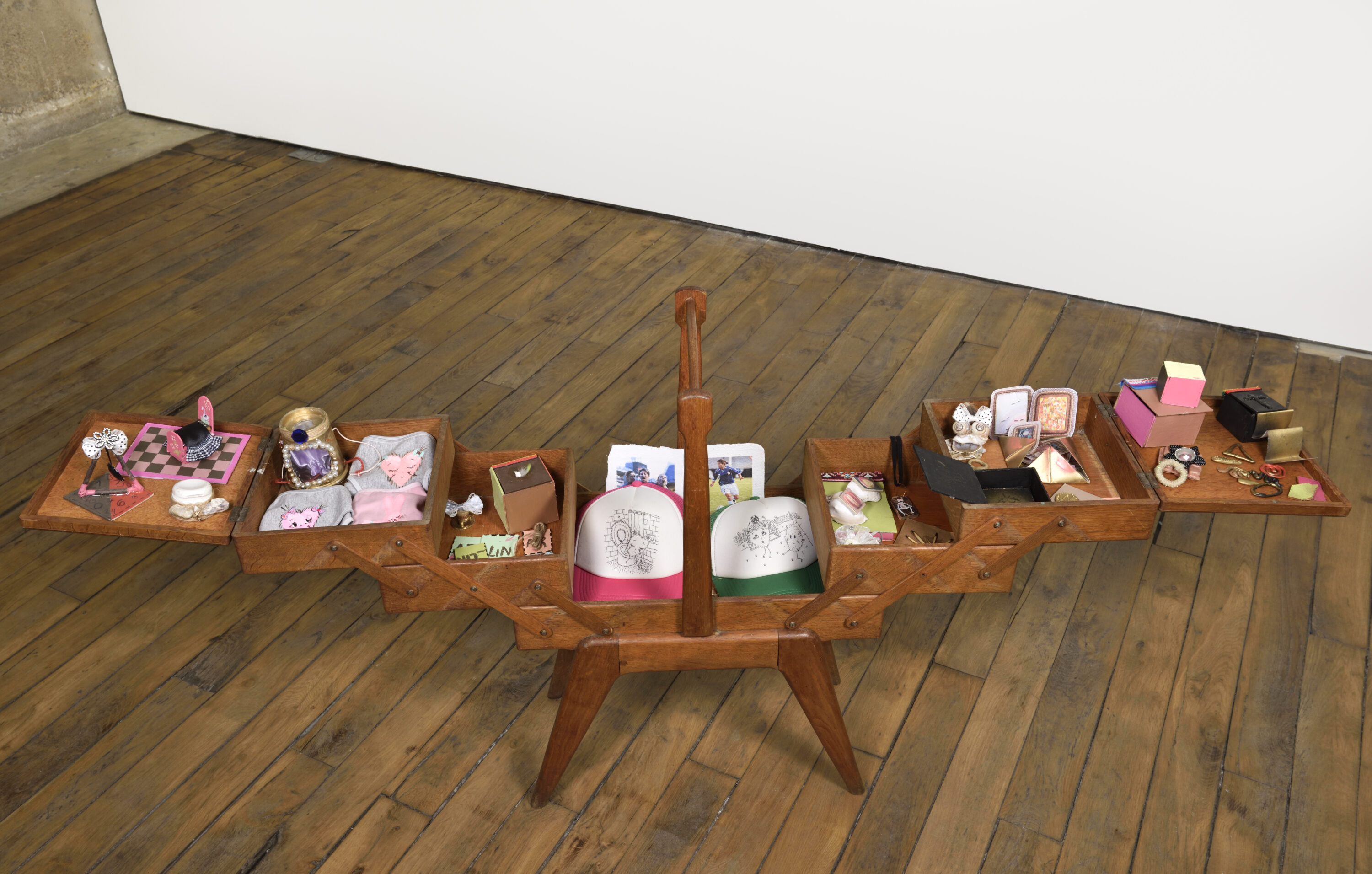 Lin_art can also lead to seashell handicrafts, recycled plastic and used objects transformed into decoration, and also board games with rules that are reinvented every time they are played. No one knew what to do with these objects beforehand, as their purpose is to have no purpose at all. Are they signed? How should they be priced? Hand-painted panties and drawn hats may work as affordable versions of a “Laguna”, price-tagged like other necklaces and pendants. 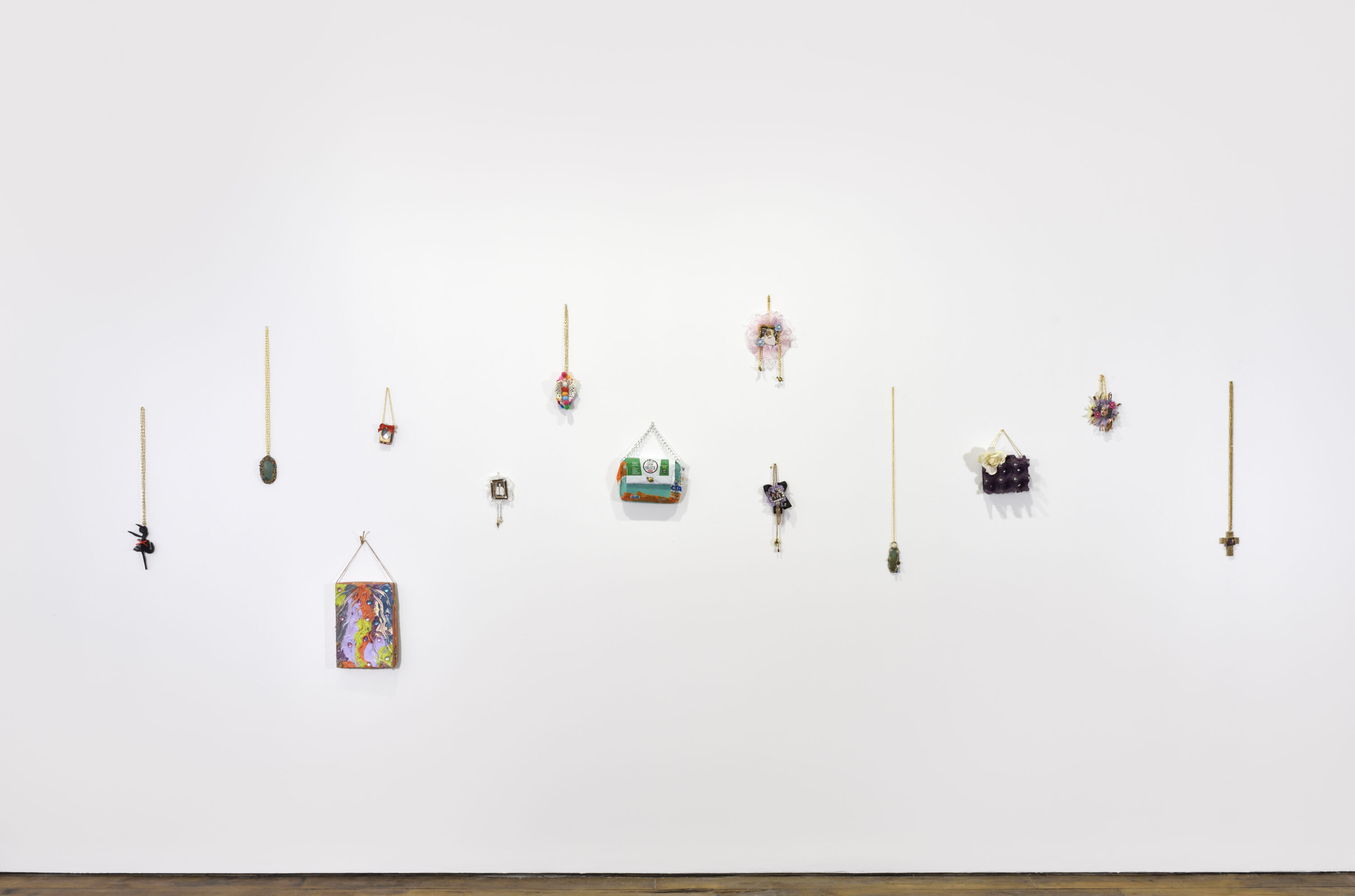 Other objects are valued like the art market dictates, others are not for sale, and other are meant to be given only as gifts. Laguna exposes the ambiguities that guide our discourses around artistic value, from reciprocity to gift economy to the arbitrary surplus value of artworks, showing its contradictory economies. 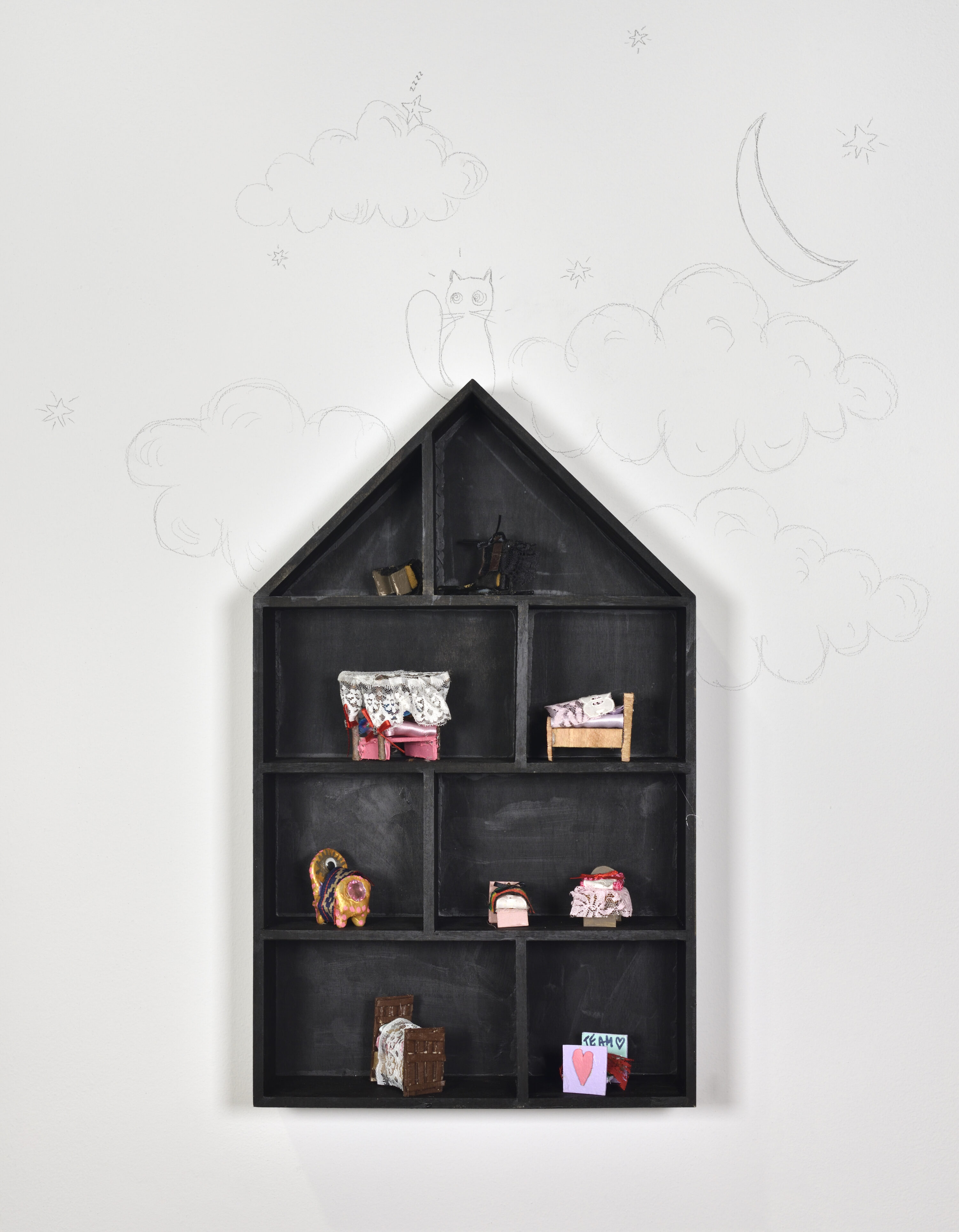 Fernanda Laguna (b. 1972) lives and works in Buenos Aires. Fernanda Laguna recently had a solo exhibition at The Drawing Center, NY (2022). She had a survey exhibition at the Institute for Contemporary Art at the Virginia Commonwealth University, Richmond (2021). Her work was part of the exhibition Take Me (I'm yours) curated by Christian Boltanski, Hans Ulrich Obrist and Chiara Parisi at Villa Medici, Rome (2018); and Casa Tomada curated by José Luis Blondet, Ruba Katrib and Candice Hopkins, SITE Santa Fe, NM, (2018). 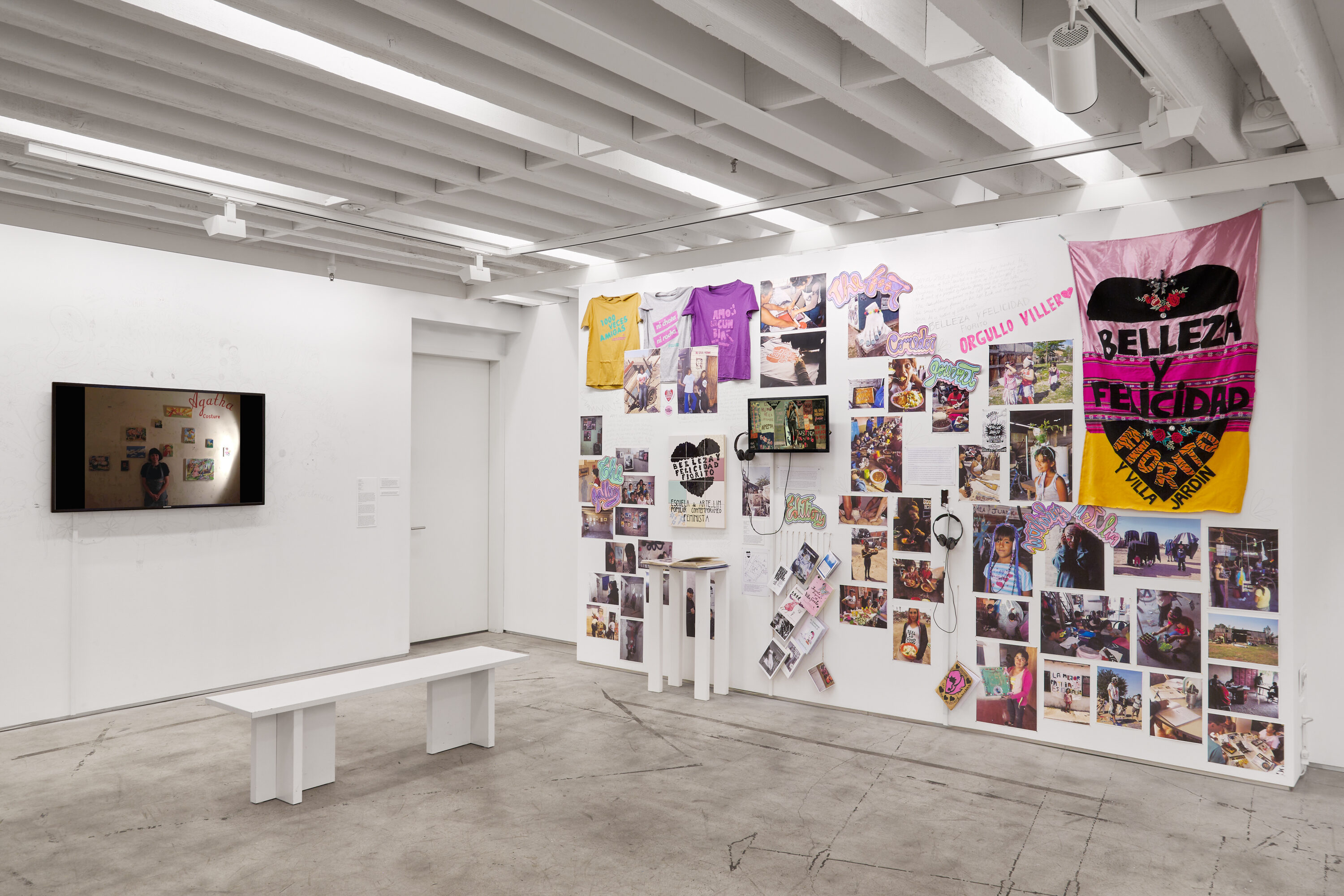 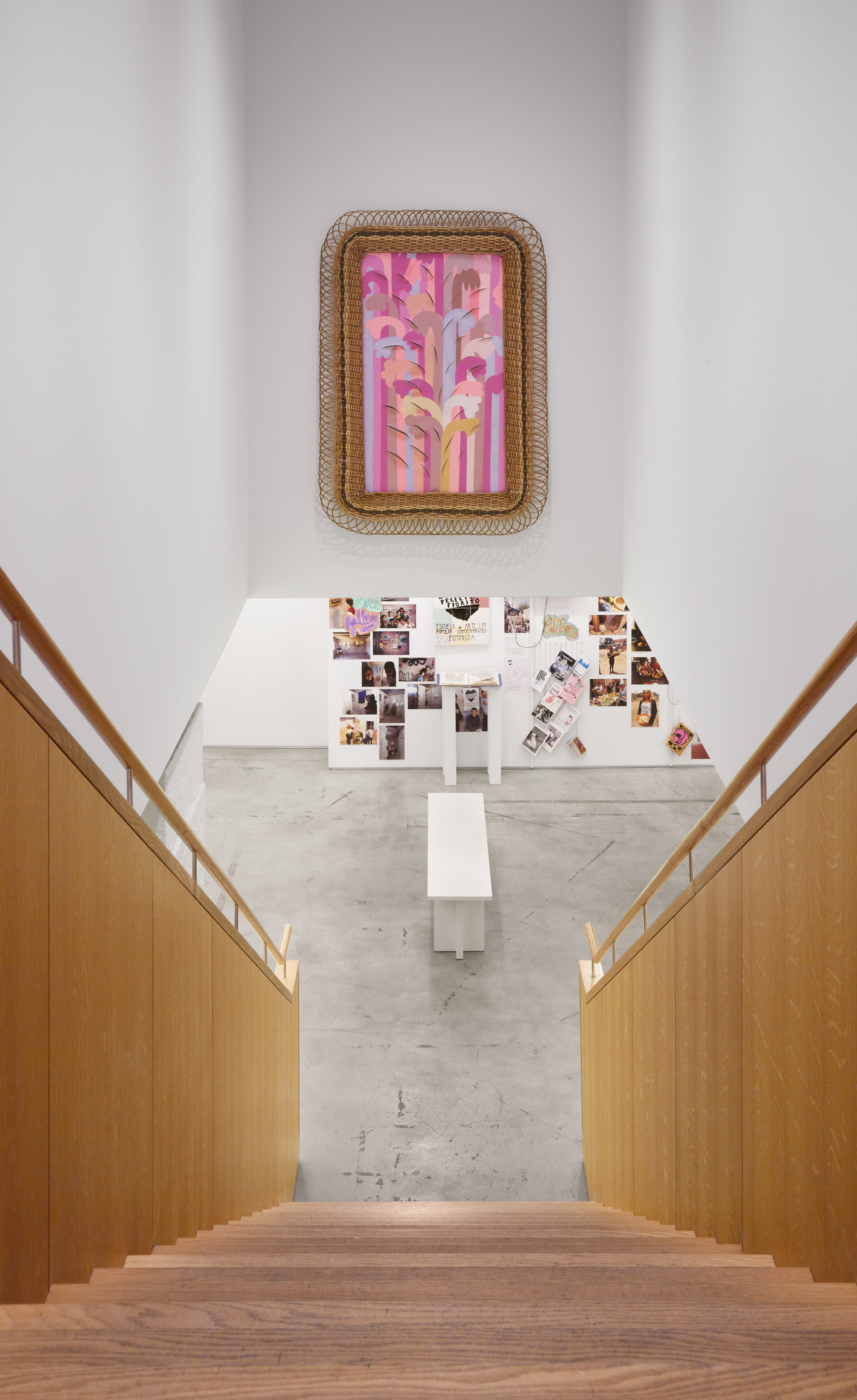 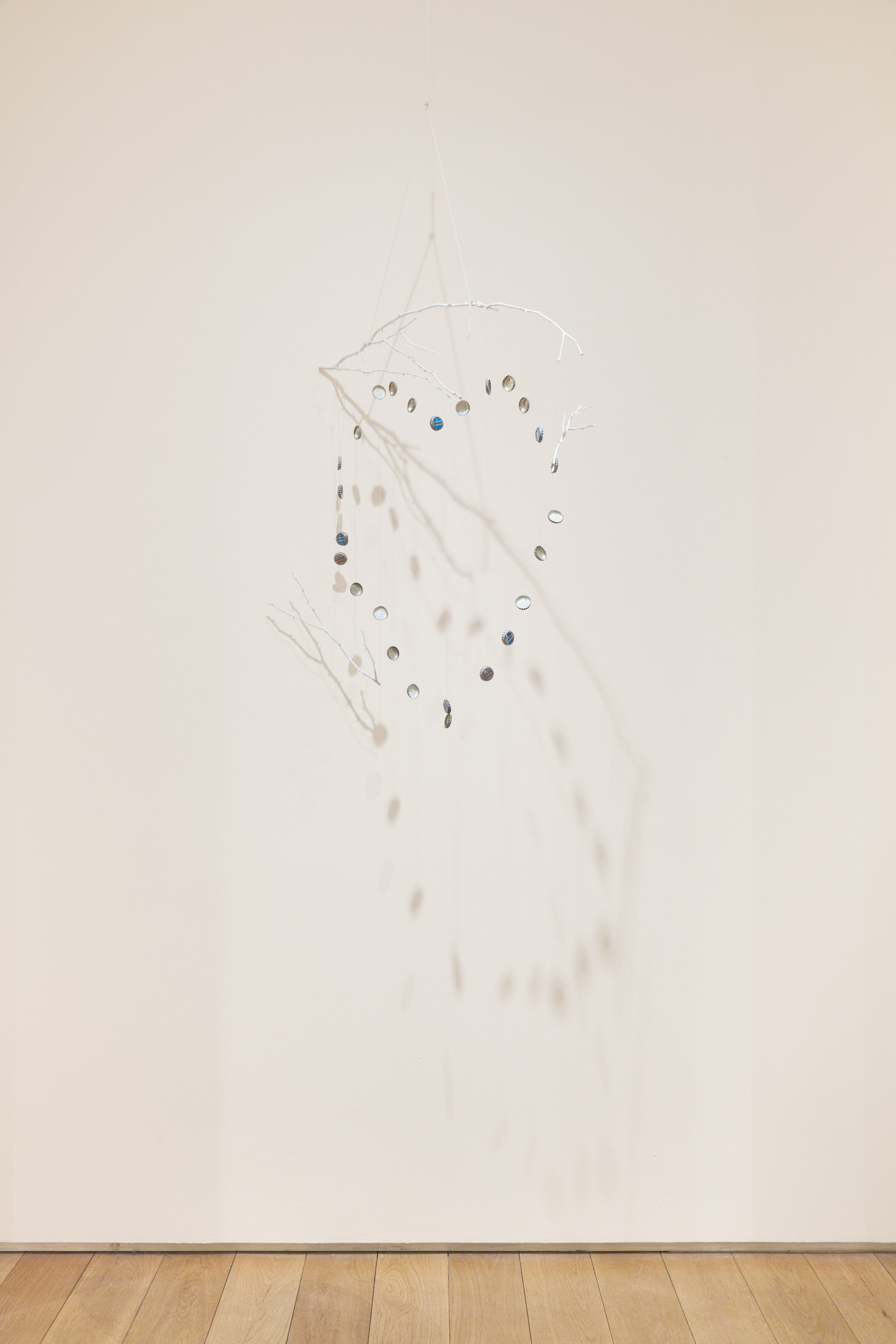 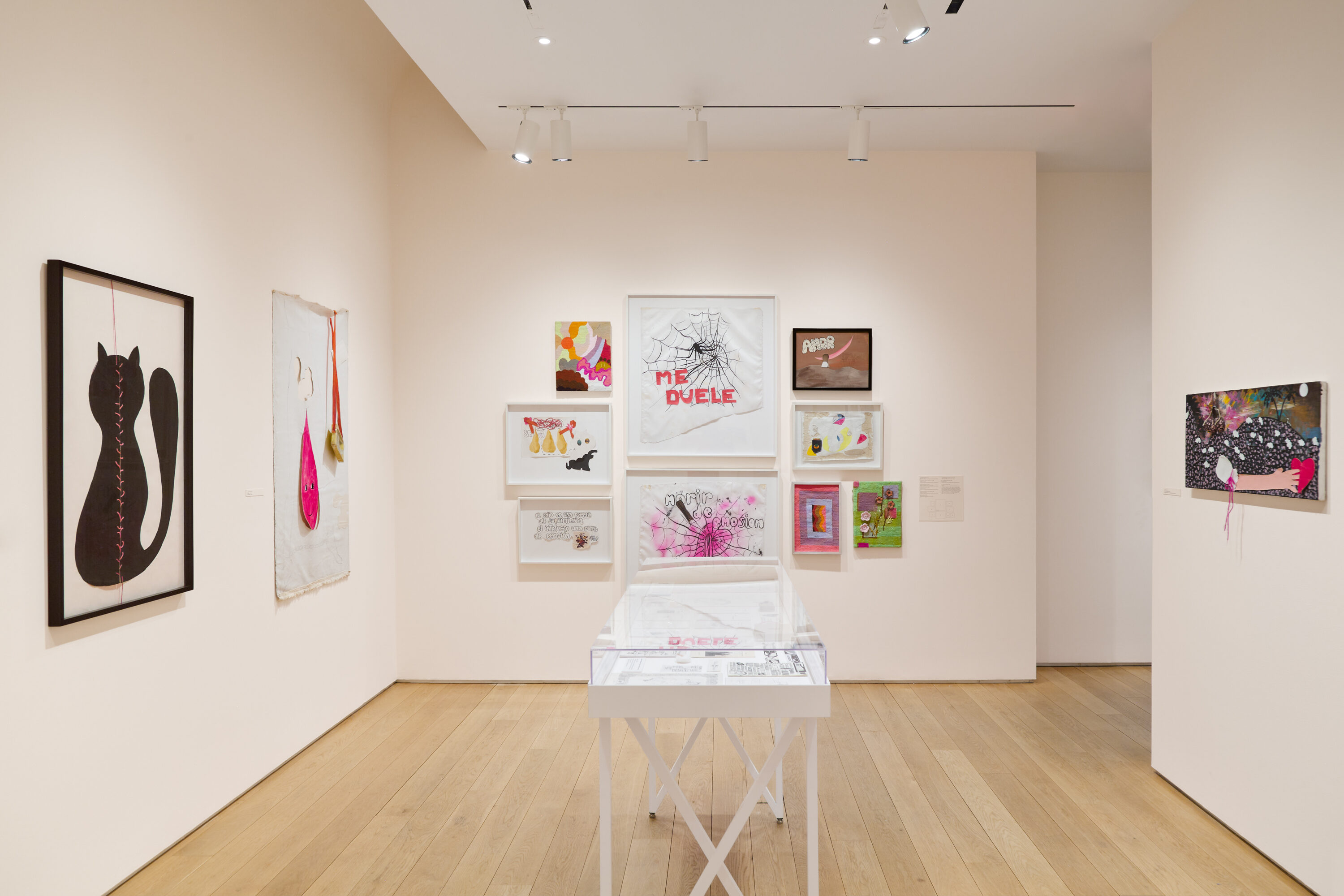 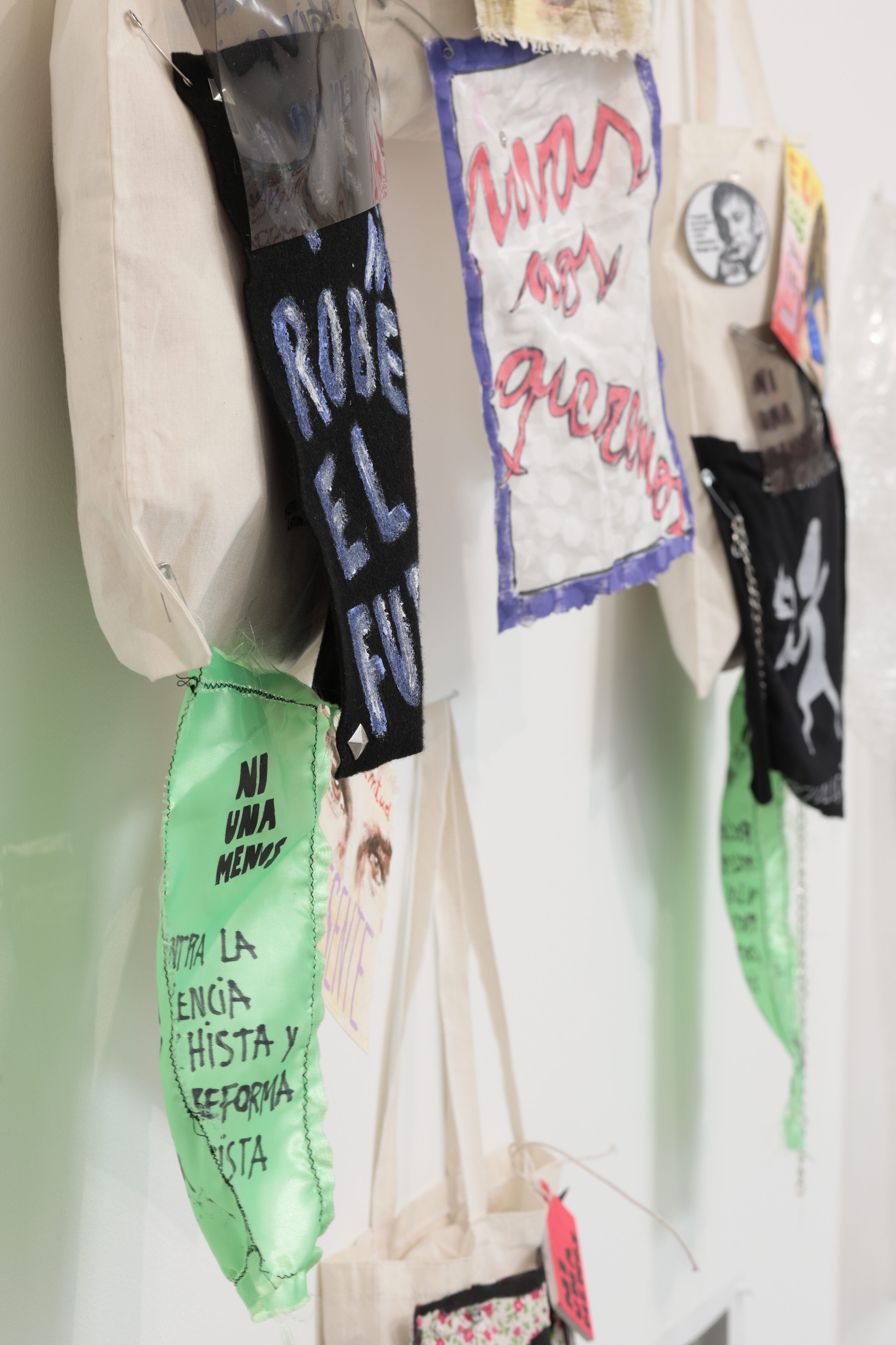 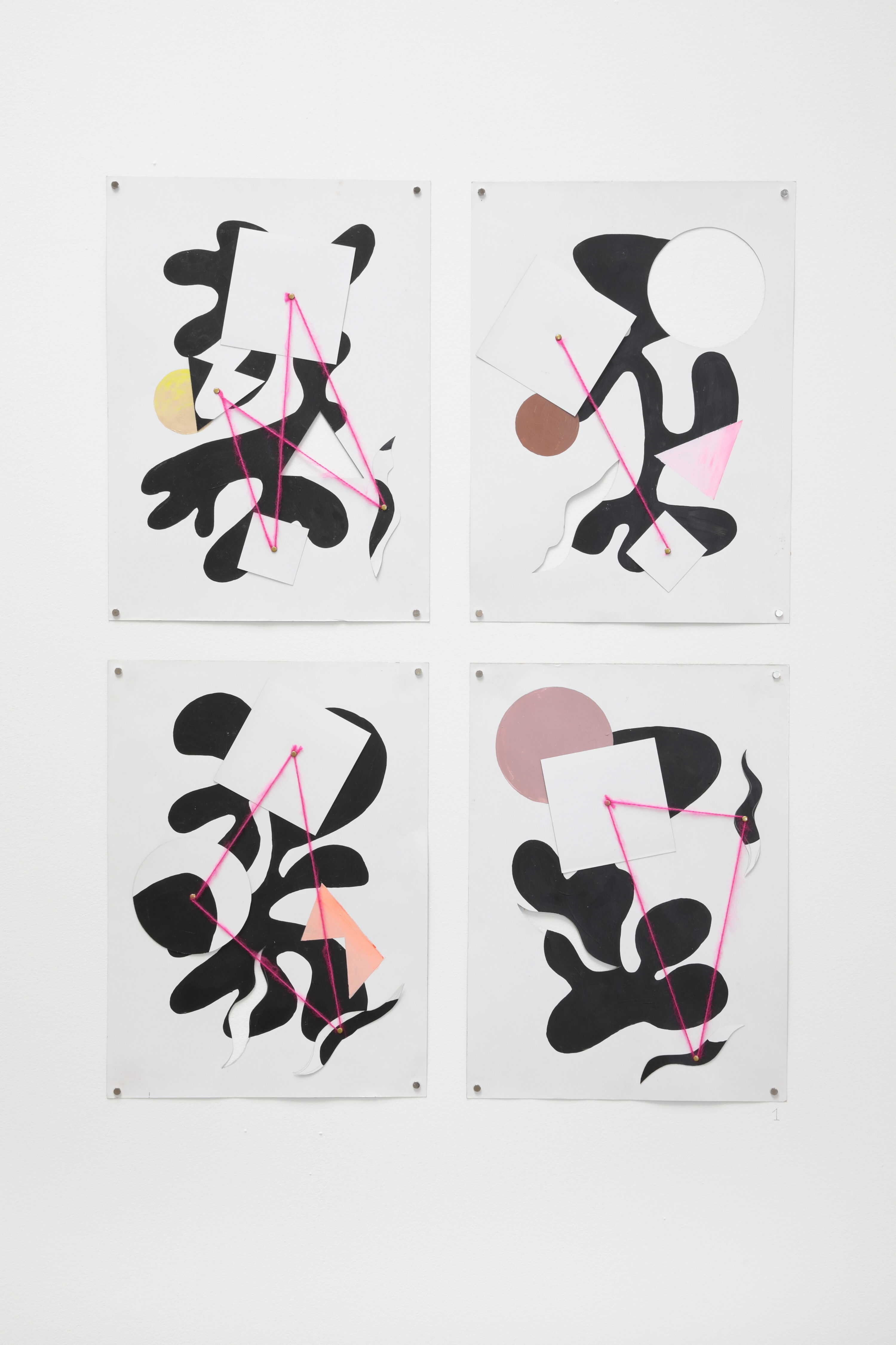 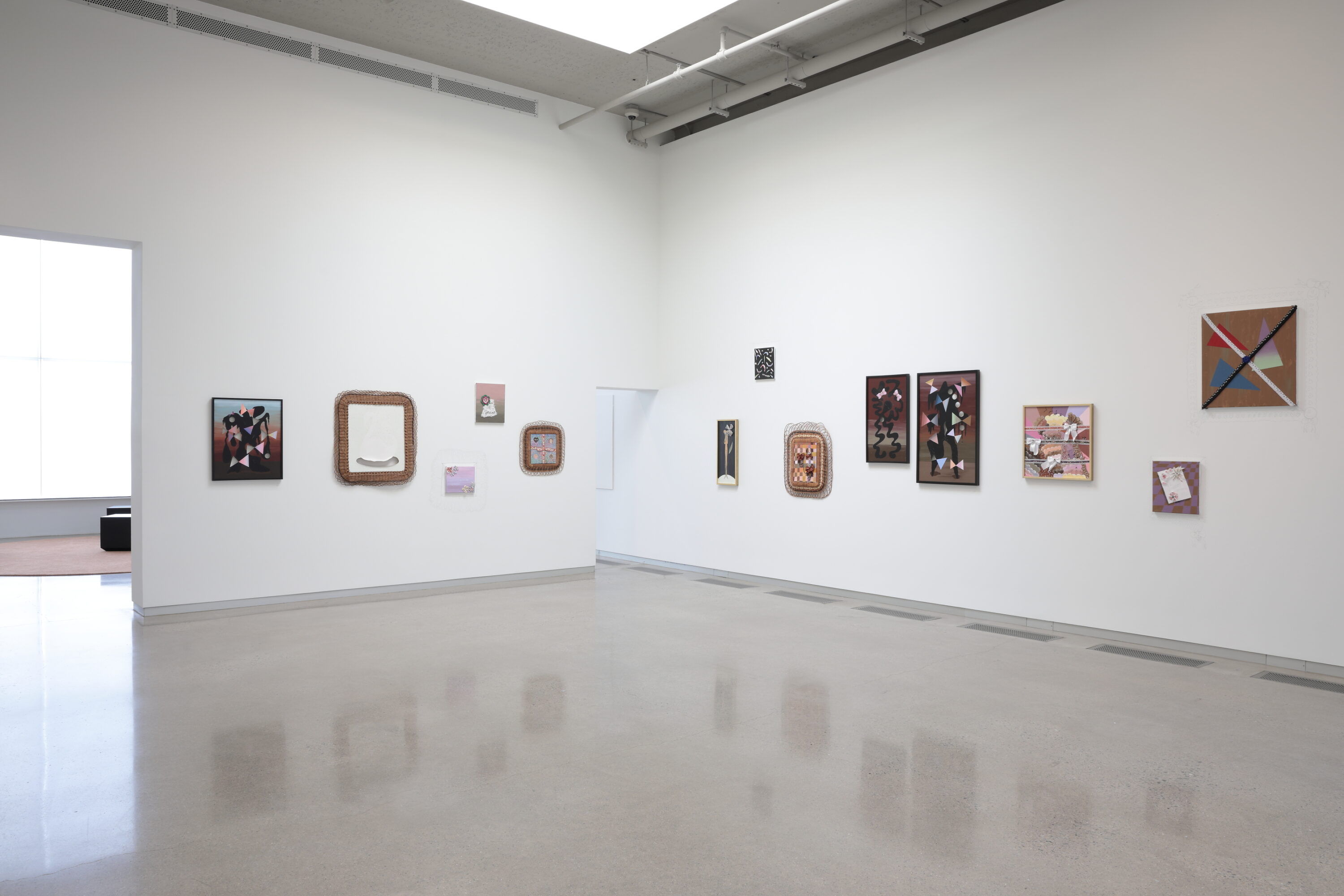 Please note that the availability of the works might be subject to change without prior notice. For enquiries please contact cardin.elena@campolipresti.com