Campoli Presti is pleased to present Christian Bonnefoi's fourth exhibition with the gallery.

Over the past 40 years, Christian Bonnefoi has fundamentally contributed to the discussion around painting and its constitutive structure, considering it as an object in its own right. A student of Hubert Damisch and Jean-Louis Schefer, Bonnefoi worked closely with Yve-Alain Bois and Jean Clay around the journal Macula in the mid-seventies. His work has been later contextualized within revised discussions on American and French perspectives on painting, forming part of the seminal exhibition As Painting at the Wexner Center for the Arts in 2001, alongside artists such as Agnes Martin, Gerhard Richter and Robert Ryman. 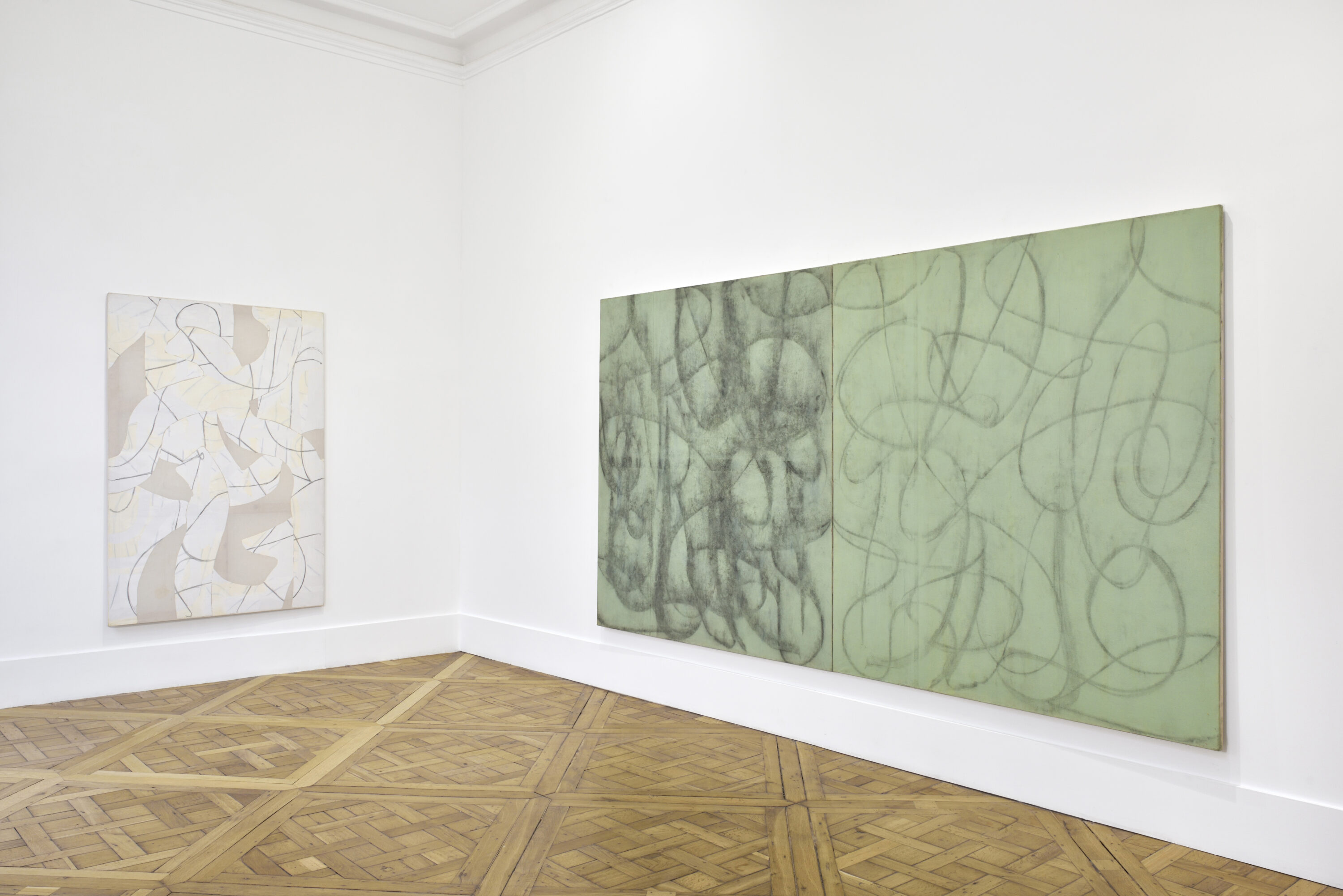 This new exhibition presents works from the series Babel, the vertical thread of Christian Bonnefoi's expanding work. Started in 1978, it evokes the image of a labyrinthic tower, growing vertically as division and movement reigns on the inside. Taking the canvas as a three-dimensional object, Bonnefoi sets a series of operations that aim to dismantle the unity of the plane.

Babel III (1979) uses tarlatan, white paint and graphite to achieve transparency and reveal the processes behind its making: rotation, drying time, and a continuous repetition of steps. 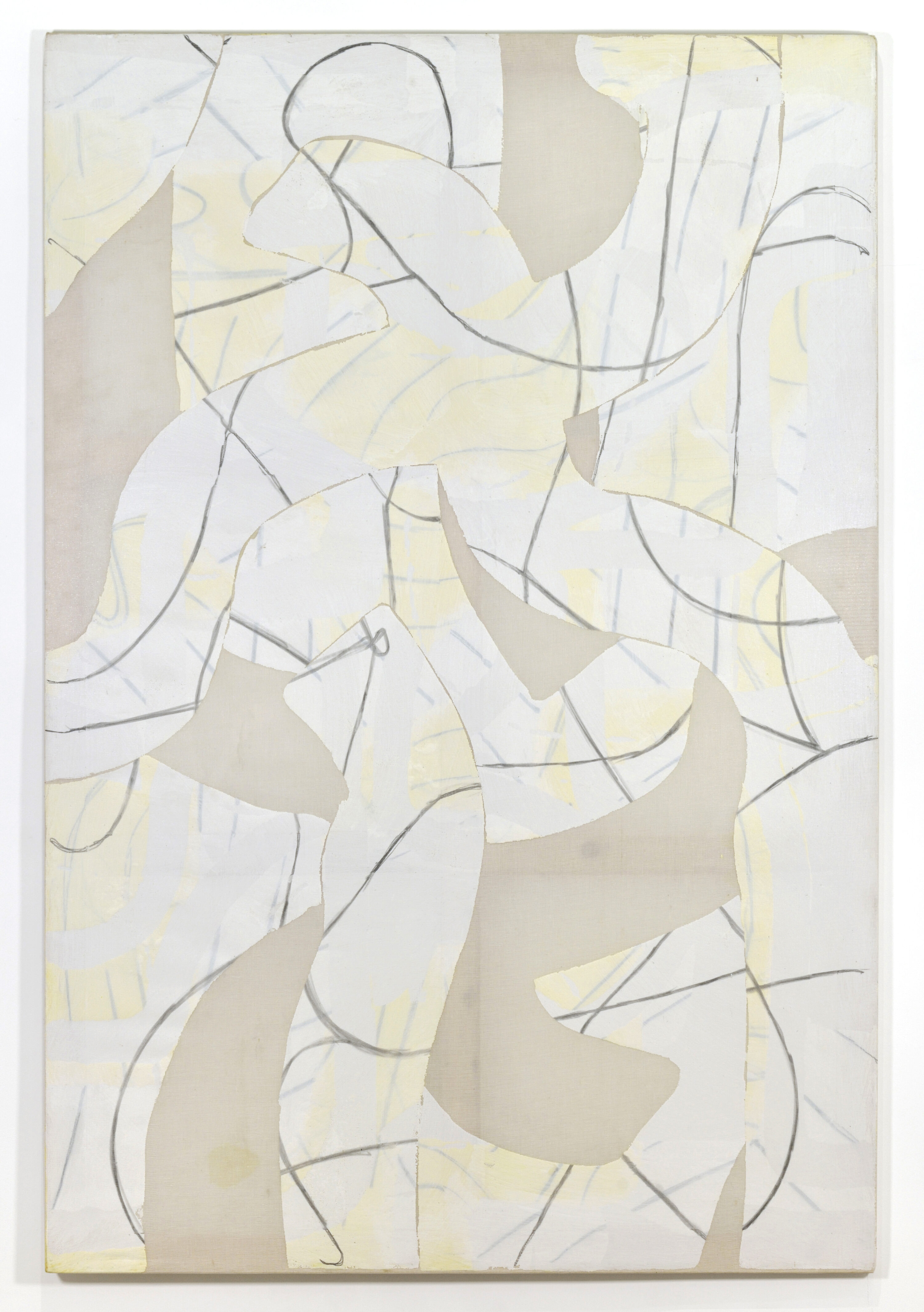 Acrylic and graphite on tarlatan canvas 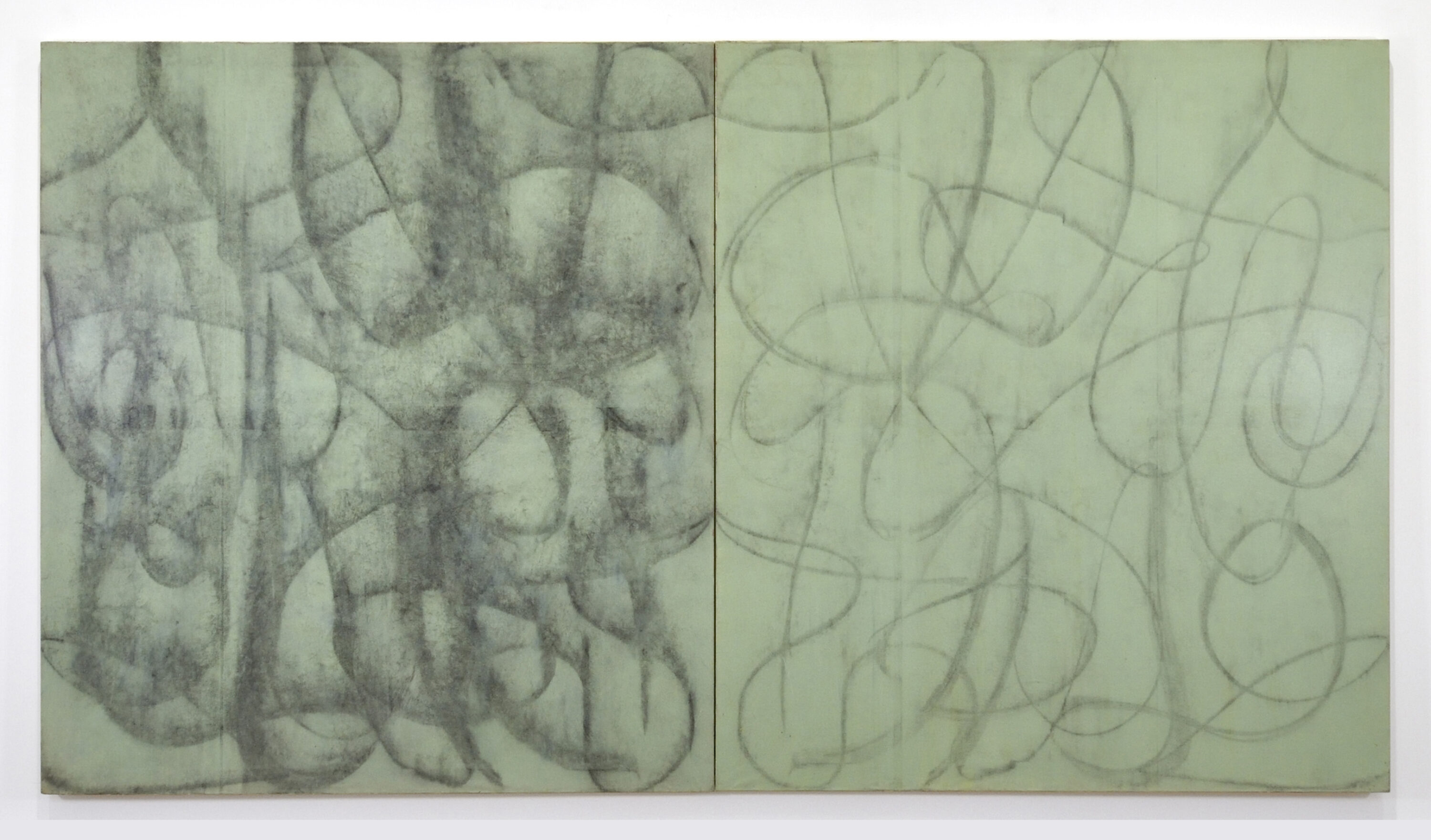 Acrylic and chalk on canvas

La Falaise de Gosana (Babel VI) (1988) which was part of Bonnefoi's large retrospective at Centre Pompidou in 2008, presents an image and its double, a drawing and the powder of the drawing, opposing visibility and reflectiveness. 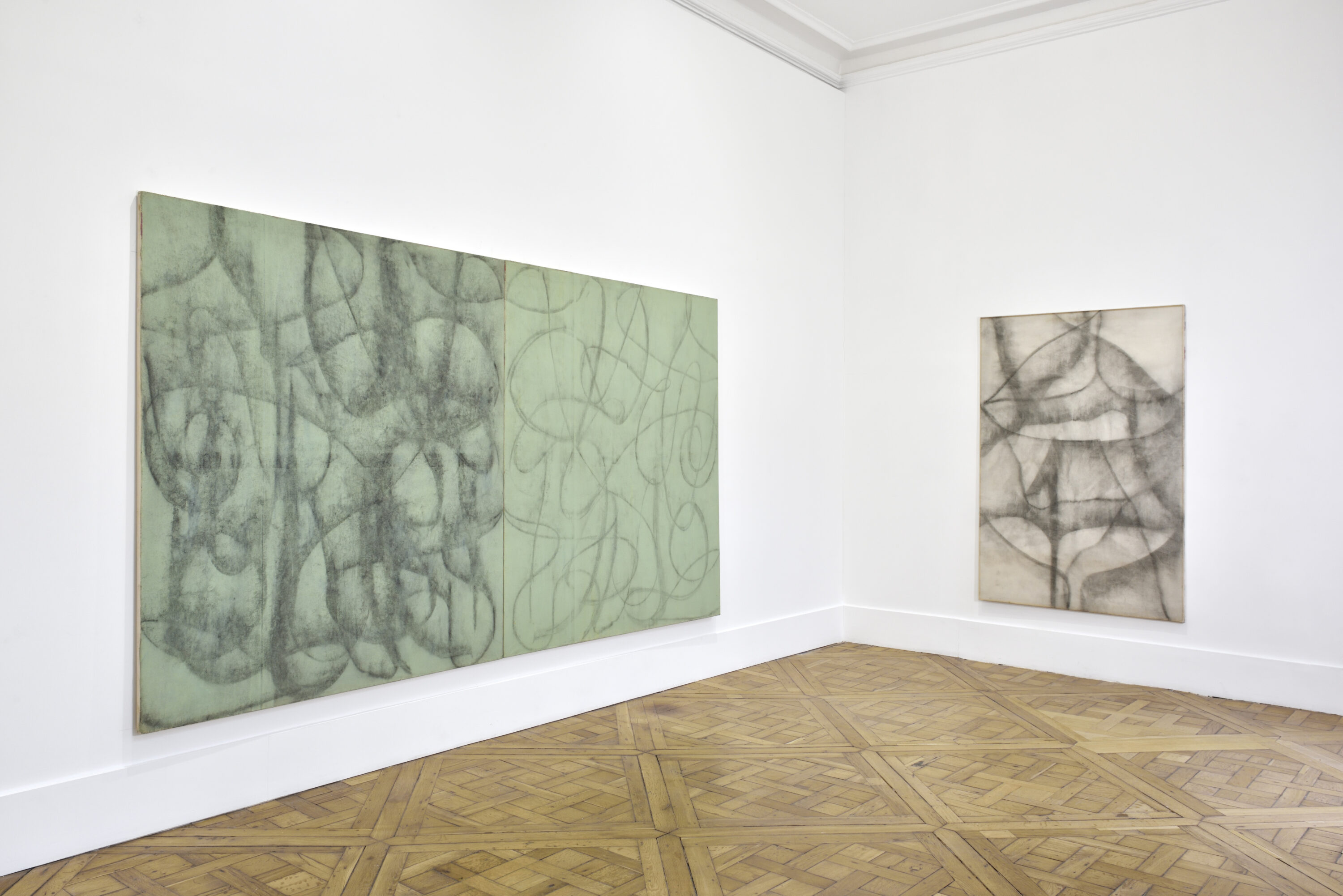 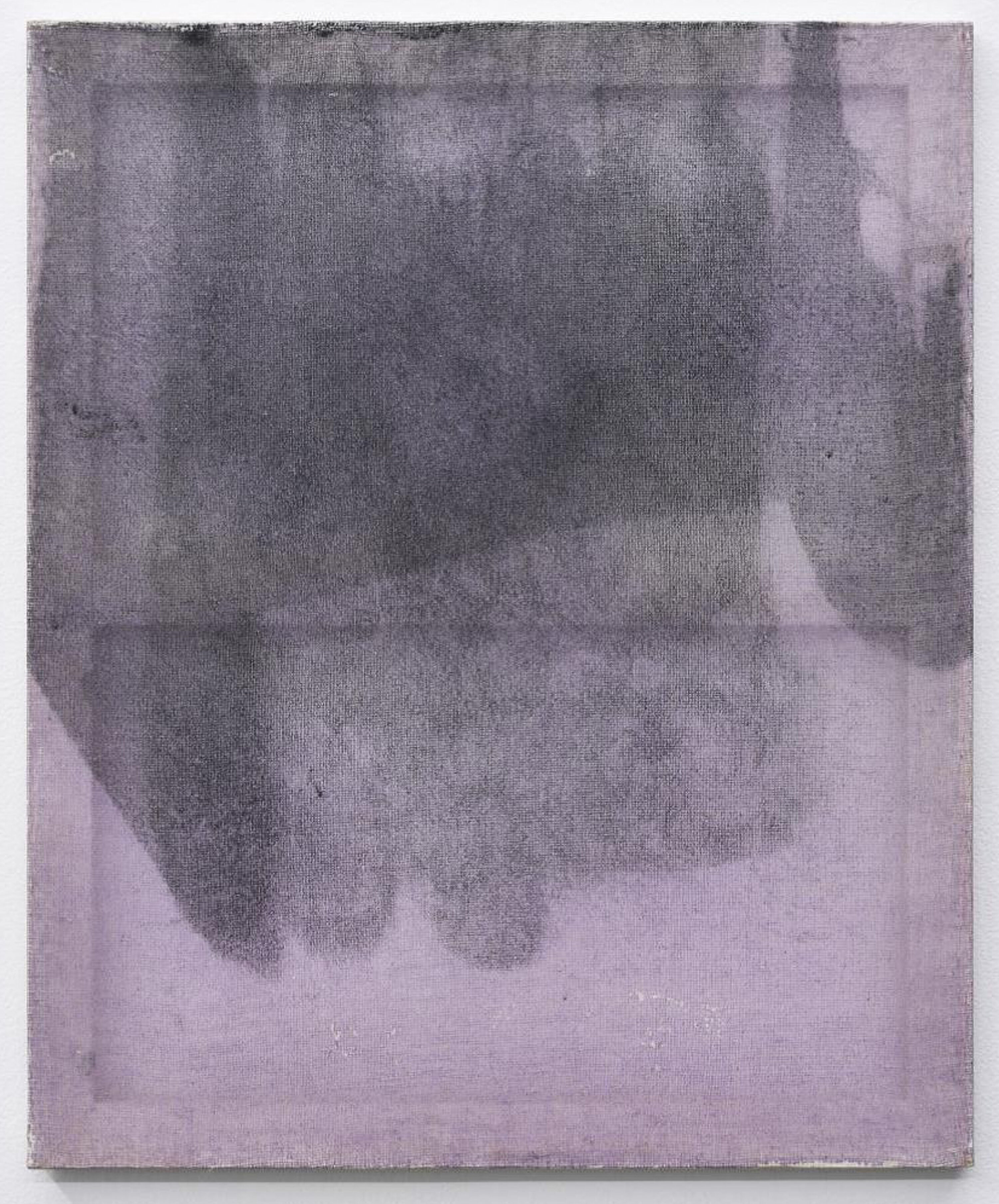 Acrylic and pastel on canvas

In his more recent paintings from the series, Bonnefoi explores further manipulations of the tarlatan, a sheer, open-weaved fabric applied in varying volumes, allowing the surface to reveal different levels of visibility. 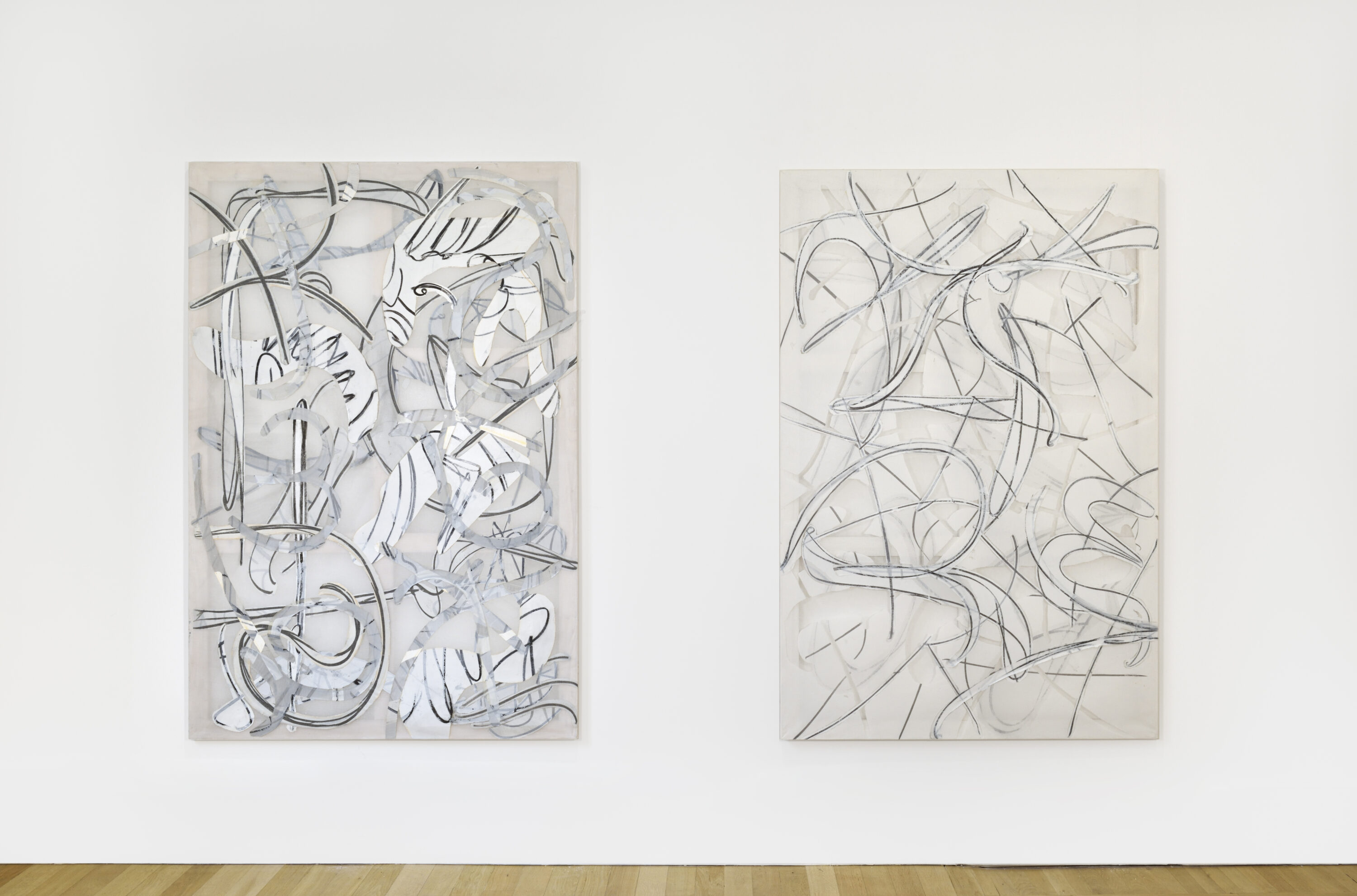 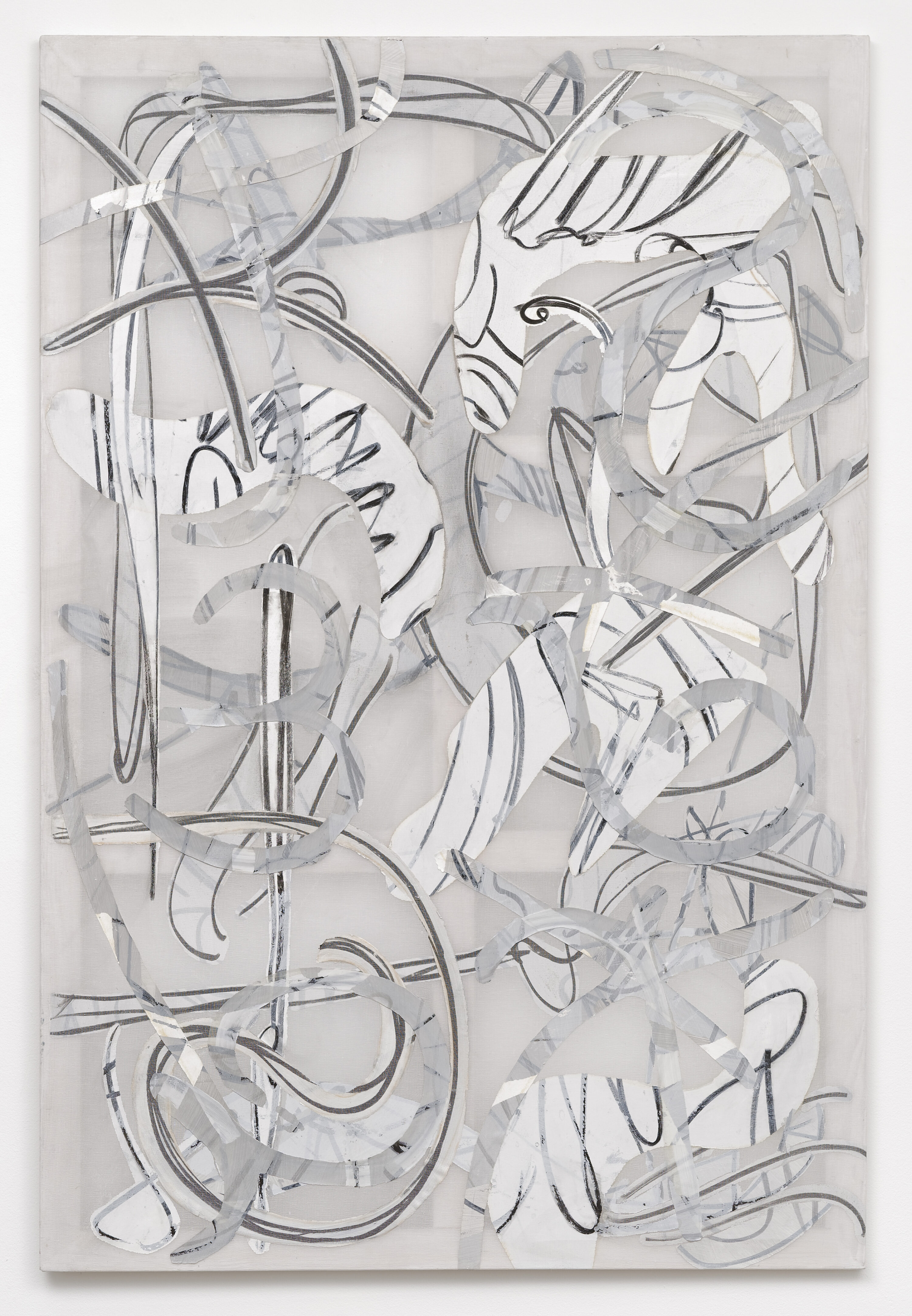 Acrylic, graphite and glue on tarlatan 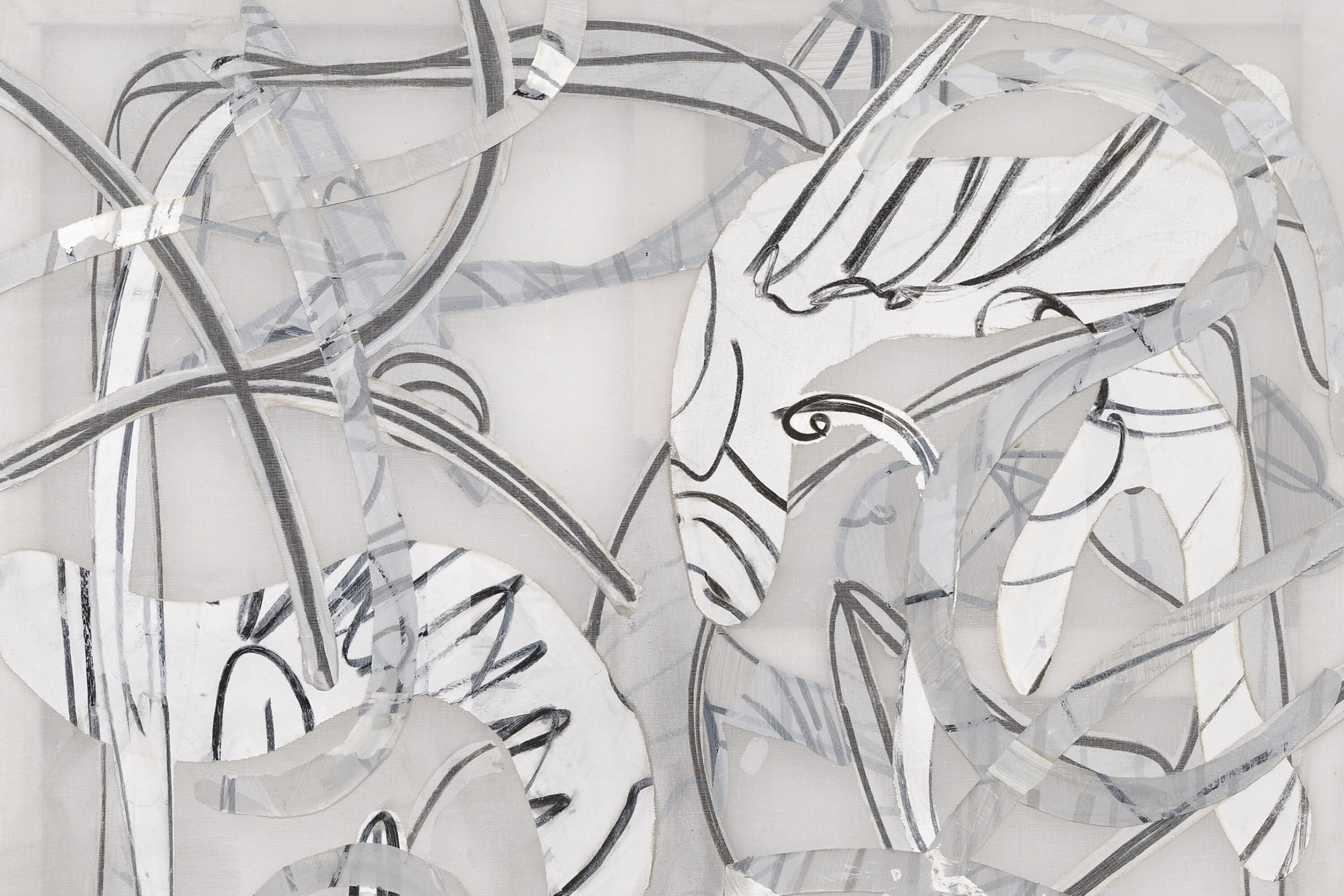 The ground floor of the gallery presents recent works from the artist's “Dos” (Back) series which emerged from Matisse’s bas-relief sculptures of the same name. The shape of the back nude is however secondary to what Bonnefoi places in the process of reversing, converting and transferring positions and materials. It is not a question of going back to figuration but of using a particular image that proves the migration of pictorial elements, their ability to combine and divide themselves. 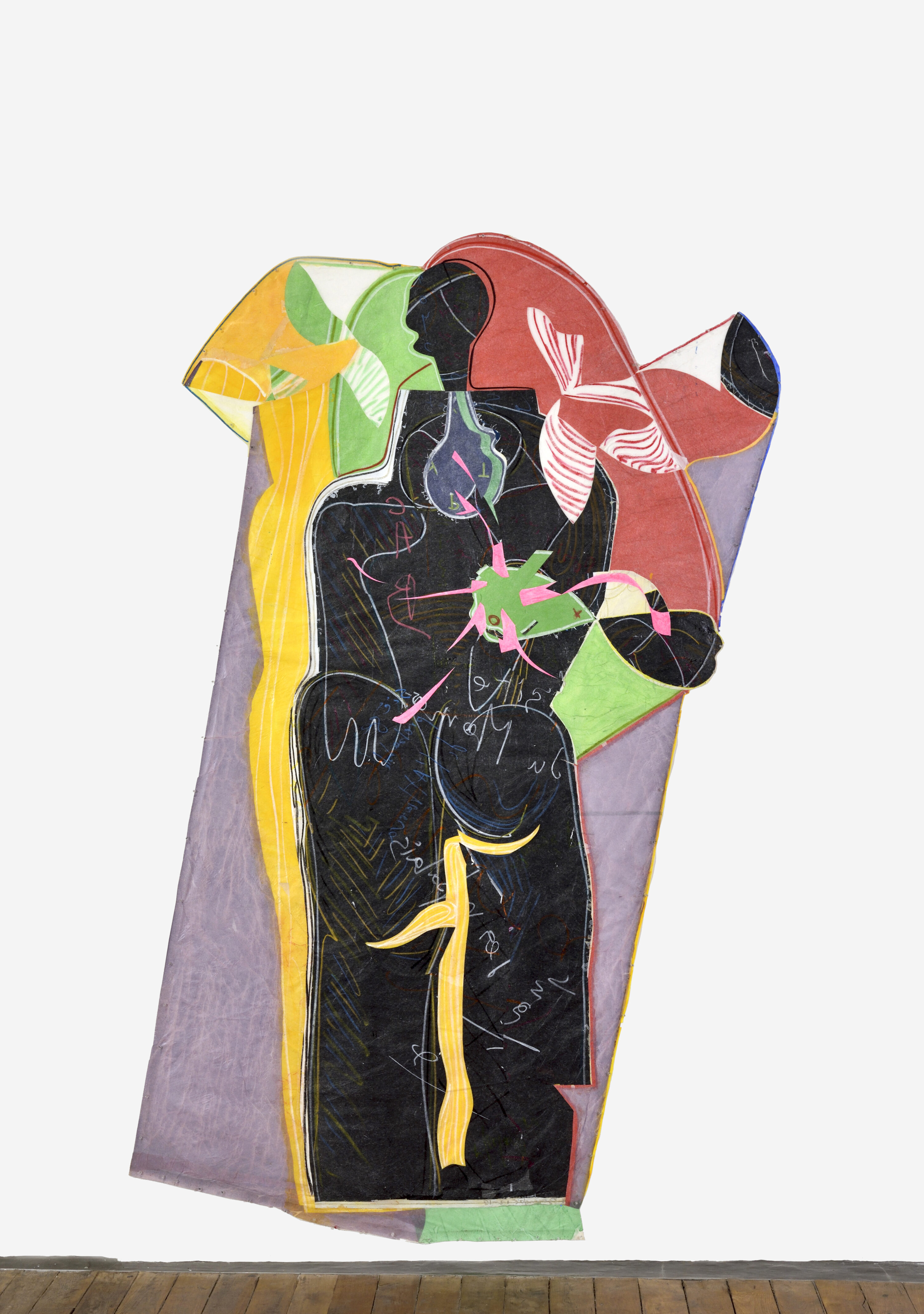 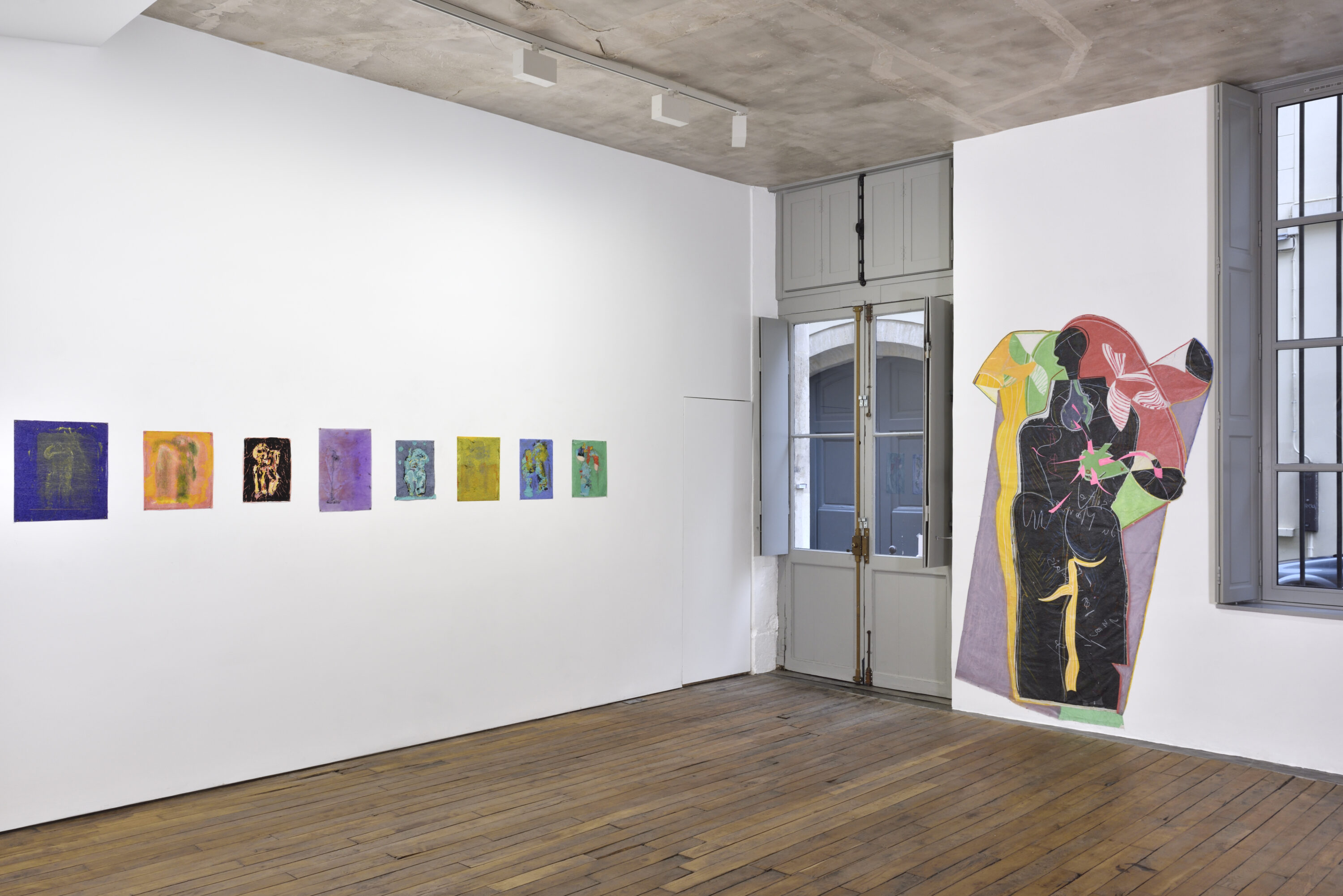 The use of transparent and porous materials such as tissue paper registers each step of the process, from the application of glue to the juxtaposition of layers, turning the work into a double-sided body. 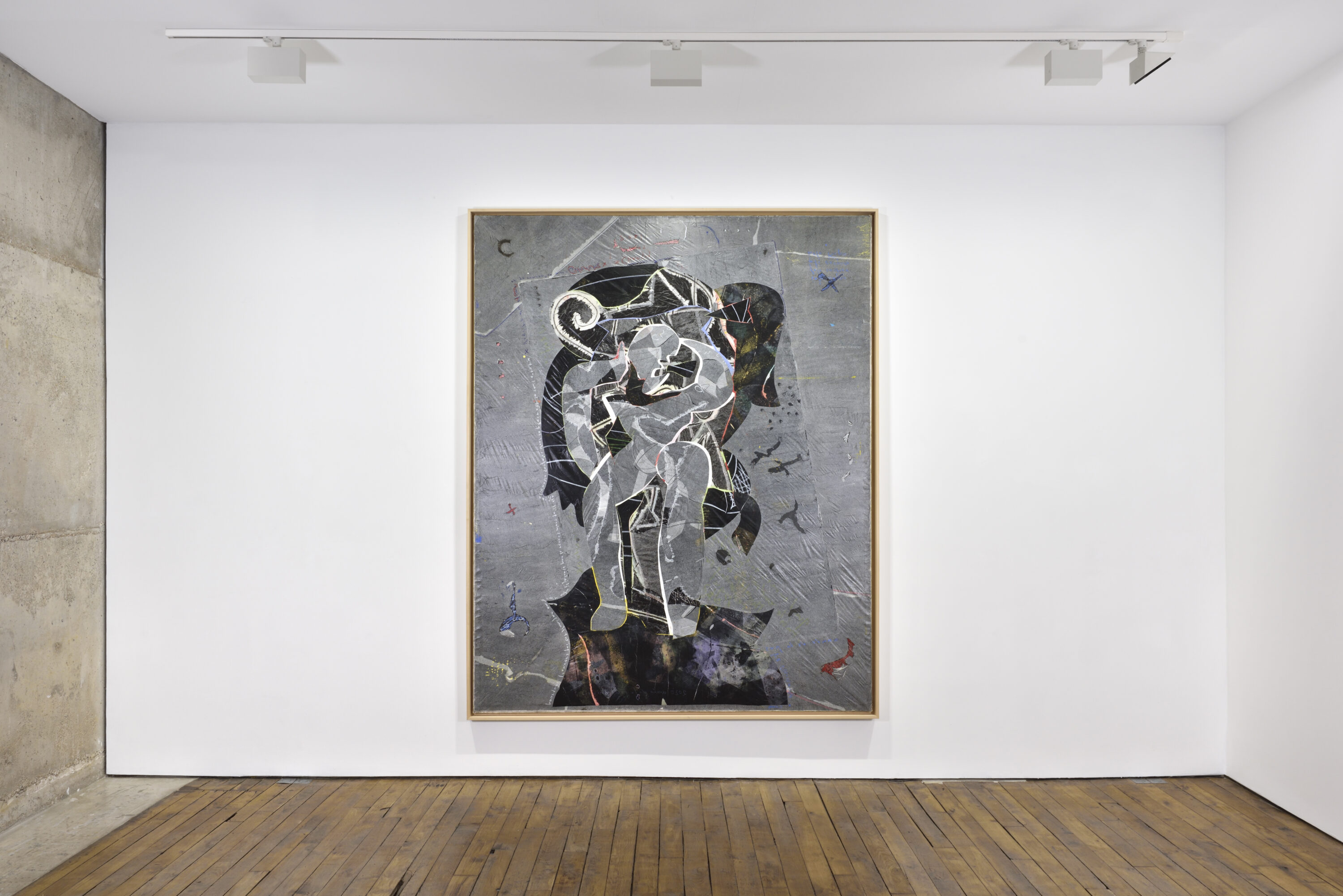 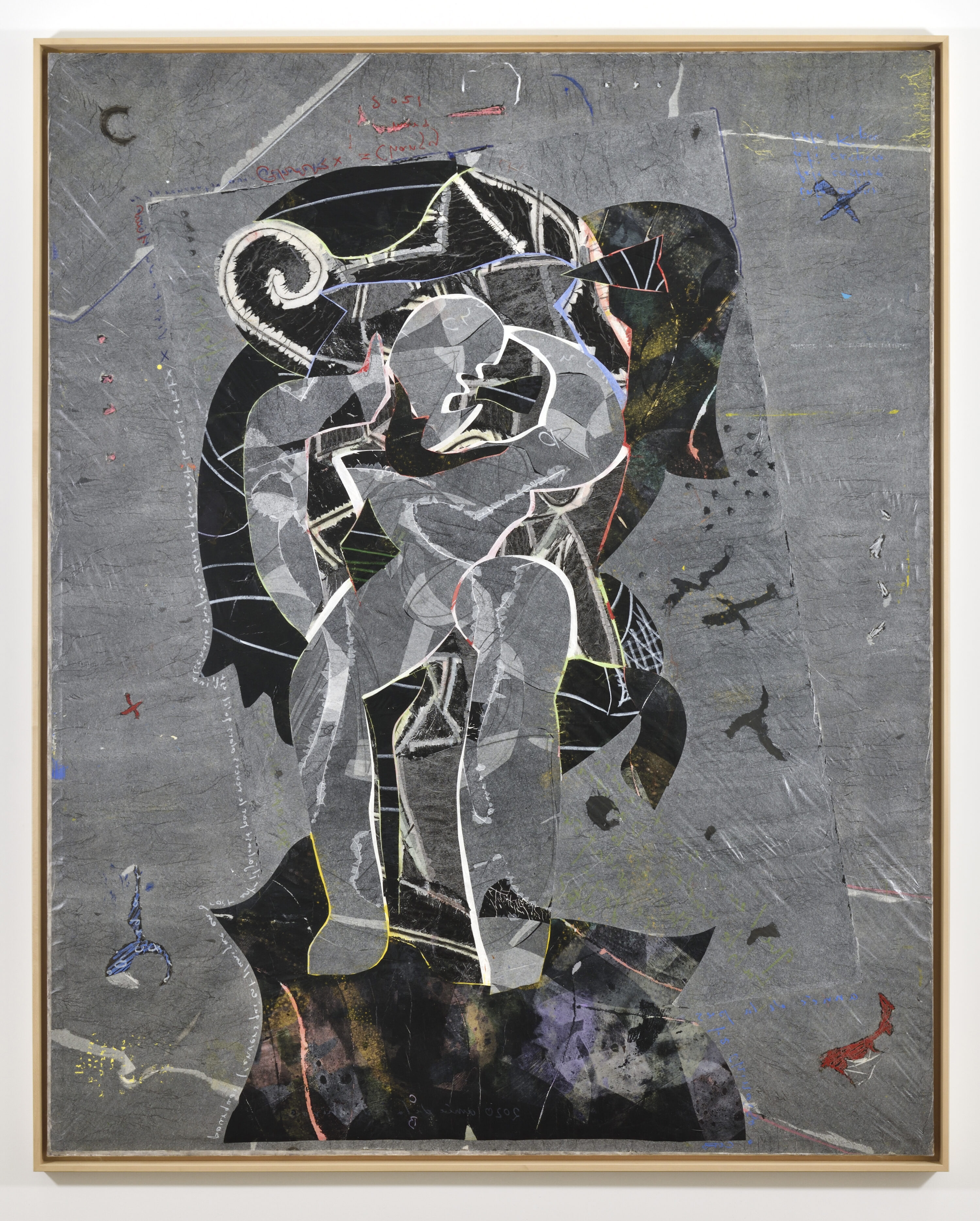 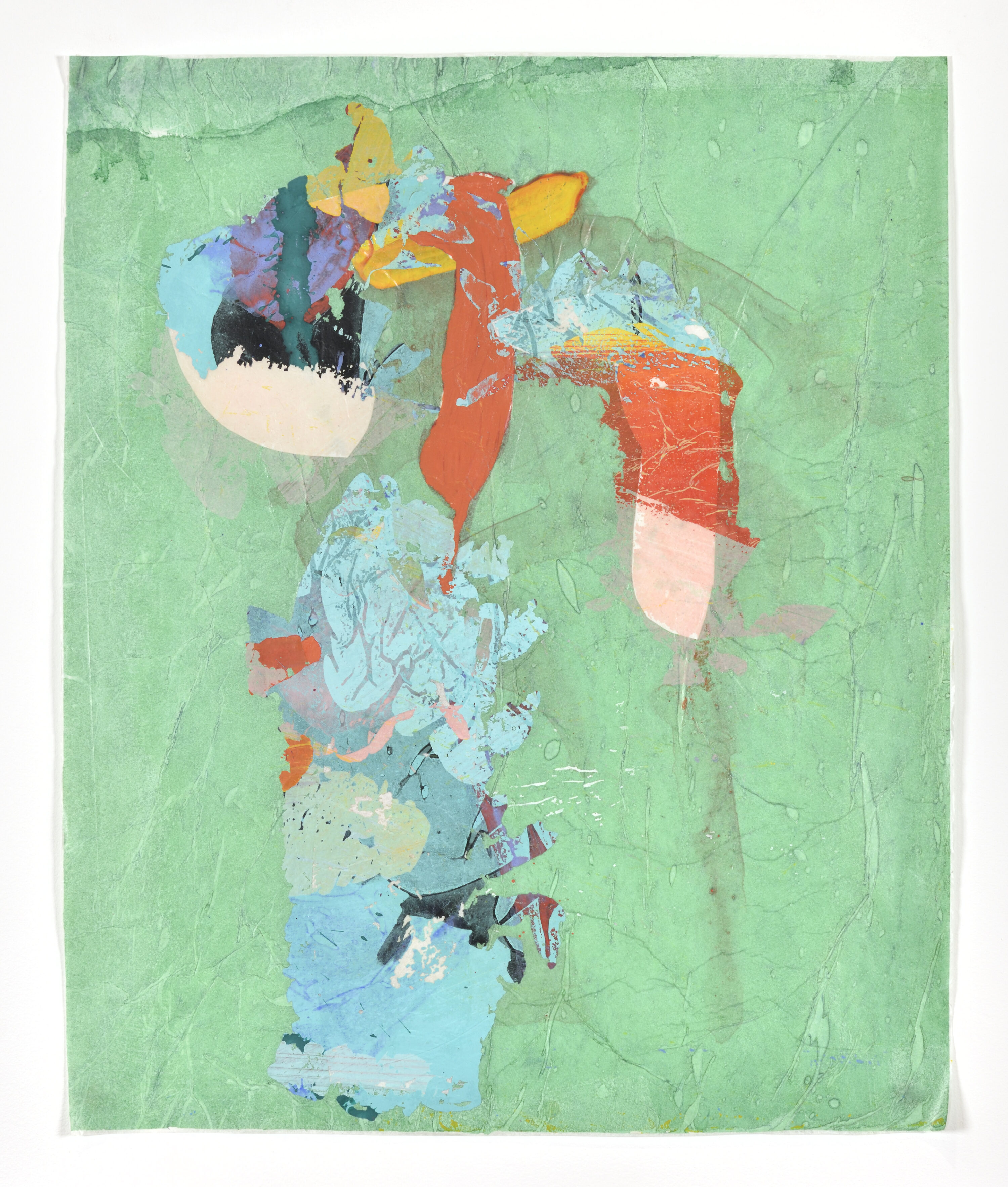 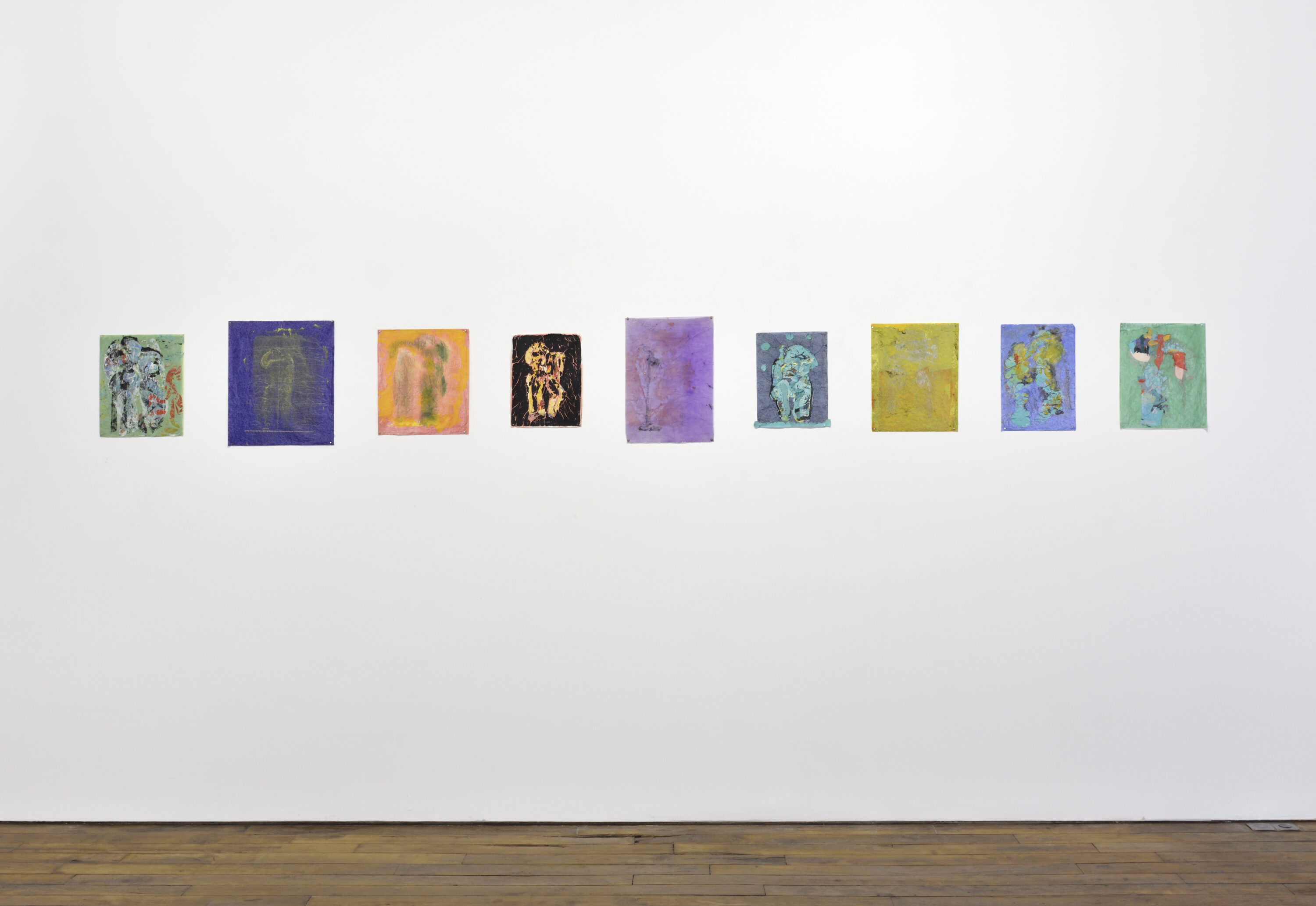 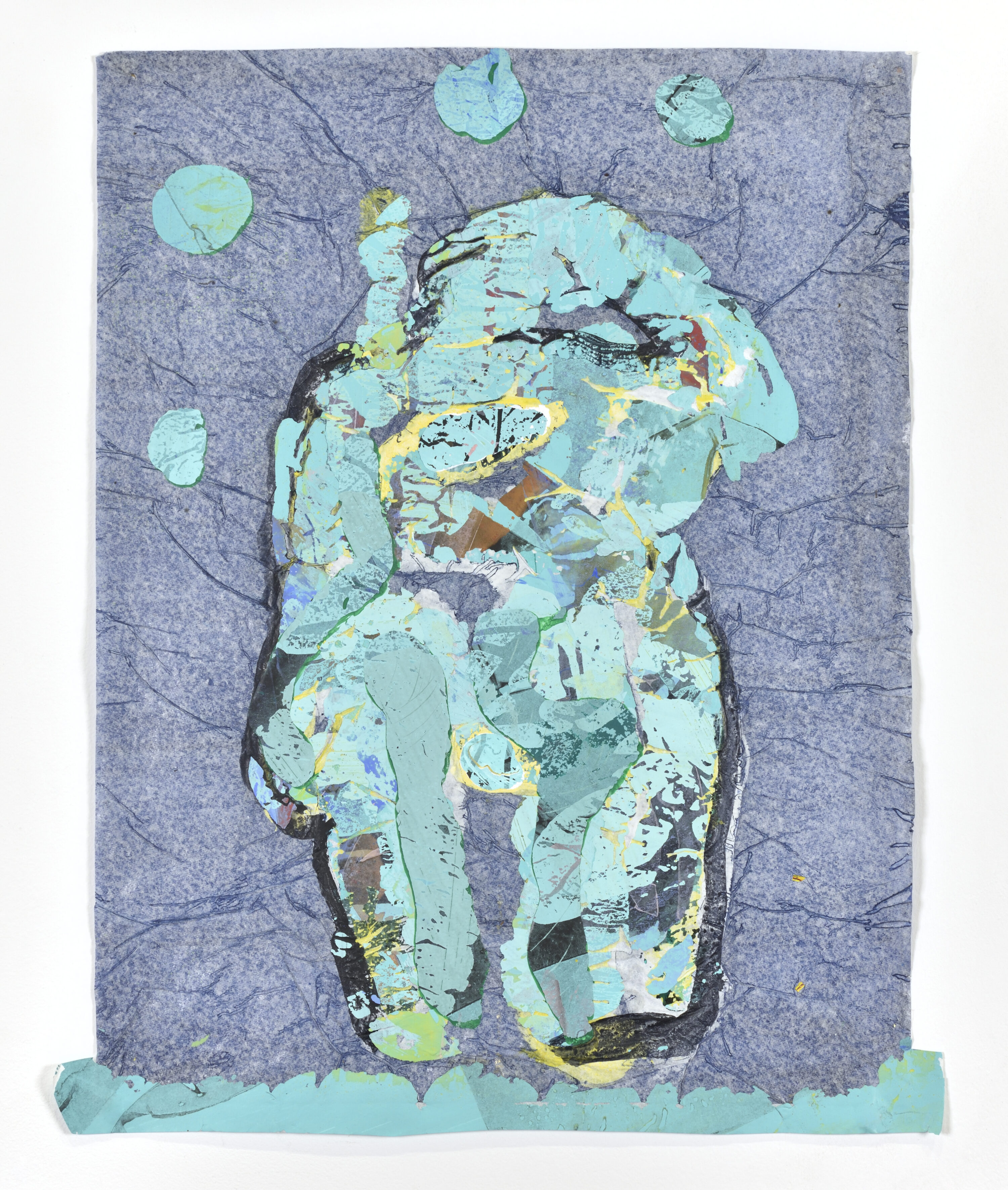 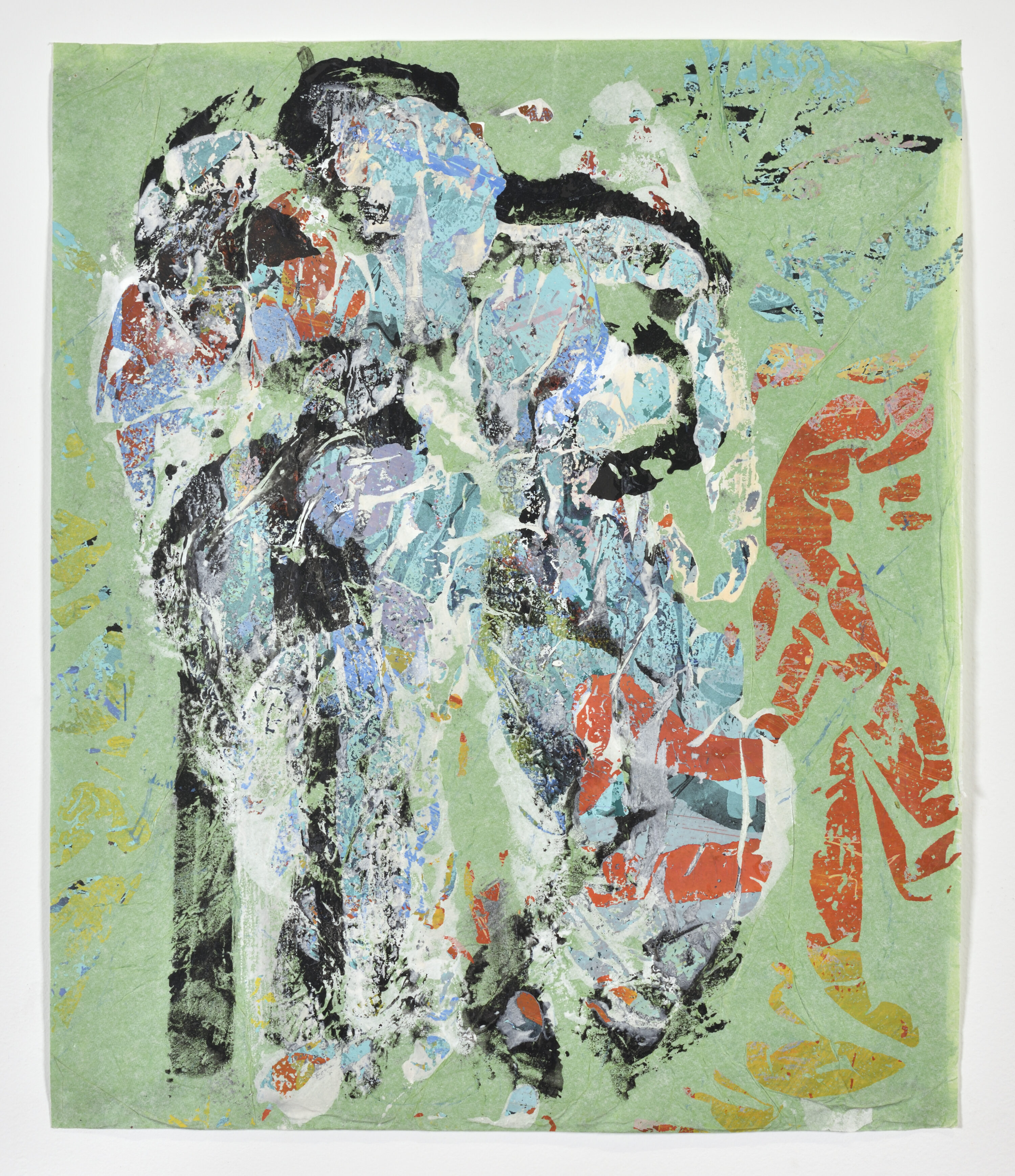 Christian Bonnefoi (1948) lives and works between Paris and Changy. In 2008, he had a retrospective at Centre Pompidou, Paris, with an accompanying catalogue. More recently, Christian Bonnefoi had a solo exhibition in 2020 at Centre d'Art Contemporain Bouvet Ladubay in Saumur, France. 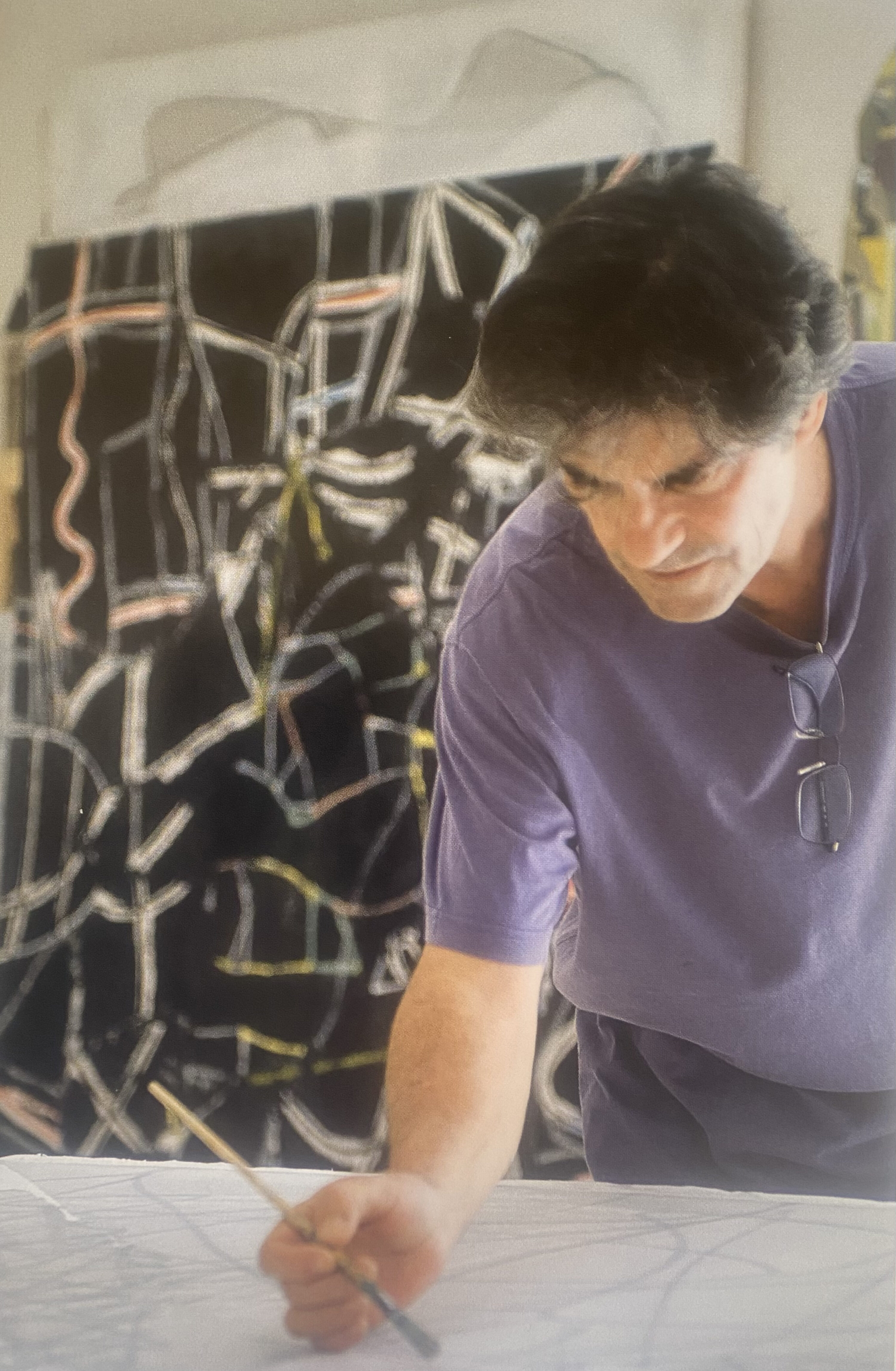 Christian Bonnefoi in the atelier