Campoli Presti is pleased to announce L’écorché, Cheyney Thompson’s seventh solo exhibition with the gallery. The display features works from his latest Displacement series and a set of drawings whose installation is bound to the specific dimensions of the Paris exhibition space. The works are the result of a recording procedure that captures the interaction between a set of tools and their touch-sensitive surface. 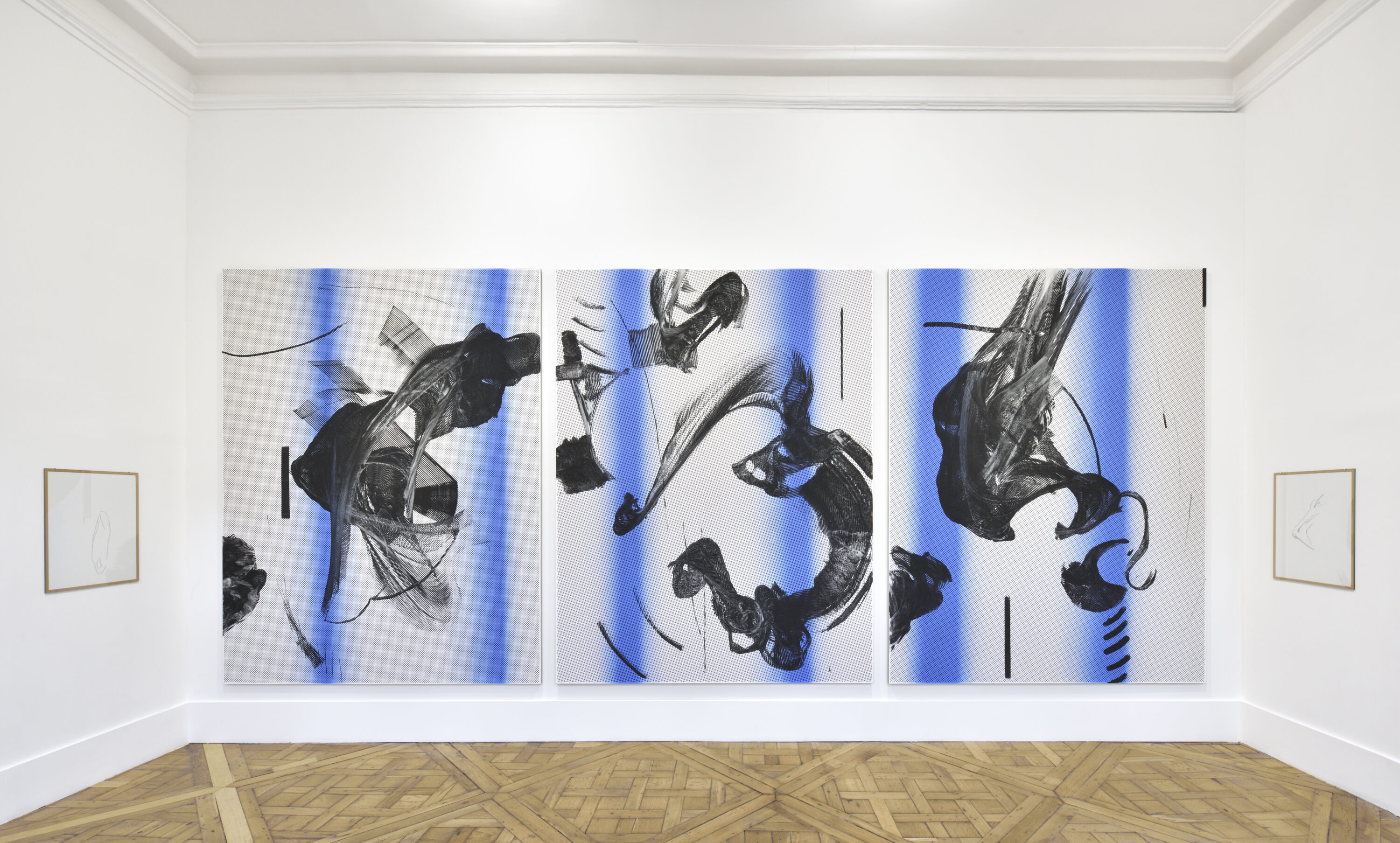 Cheyney Thompson’s work methodically deconstructs how painting is created, often imposing on his practice a set of constraints that involve mathematical formulas, protocols of observation and other orders of abstraction. With his Displacement series, a stencil made of five-millimeter squares is used to place black oil paint on a prepared support, setting up a temporarily fragile surface capable of registering touch. The artist then applies custom snake-like silicone tools to force the wet squares out of place, extending, distorting and dragging the grid into shapes that may appear as coded painterly gestures. Here, Thompson exposes the act of painting as simply the reorganisation of a regular quantity of material that is organised in advance of the arrival of the painter. Glyphs, gestures and tool traces emerge in a process of decomposition. 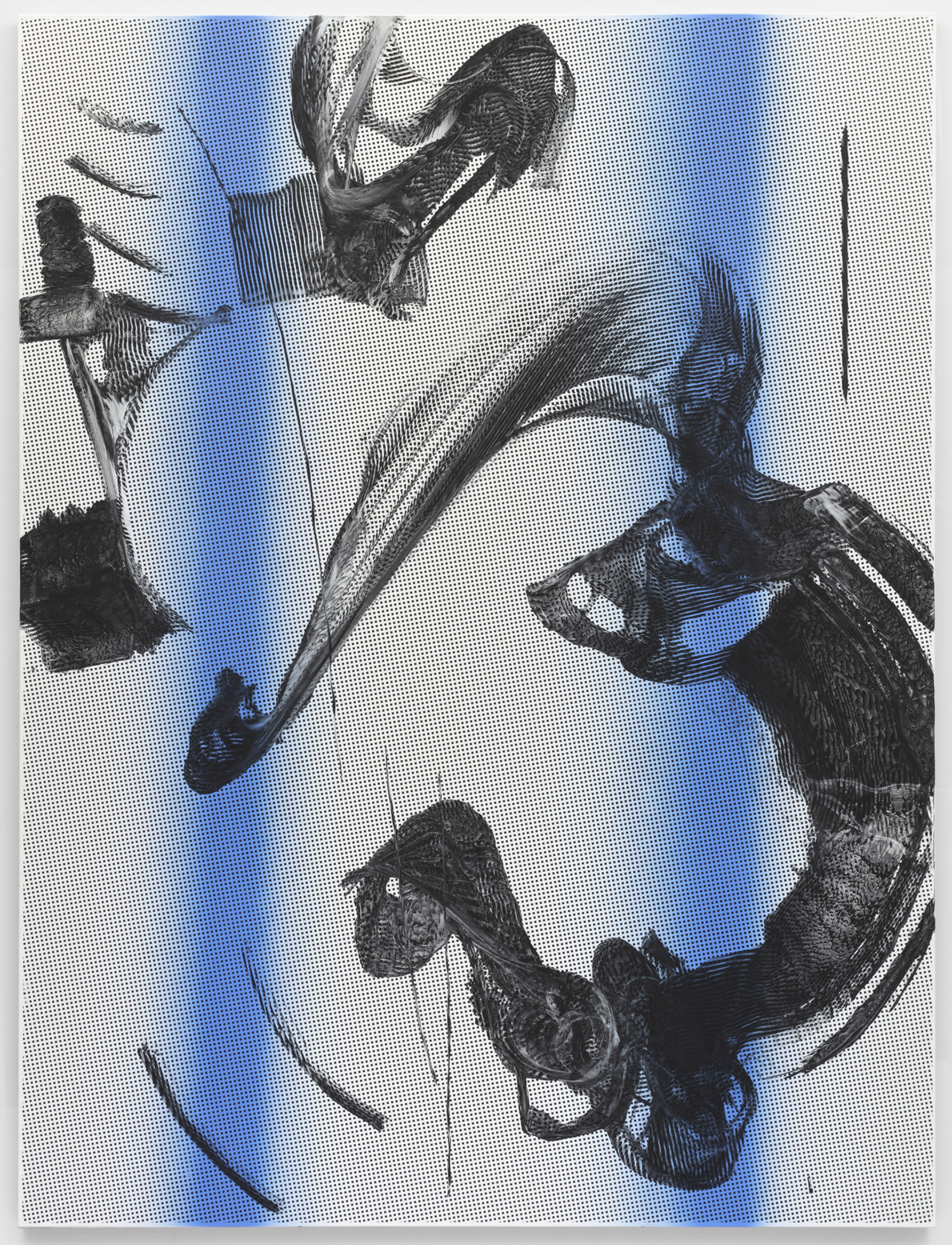 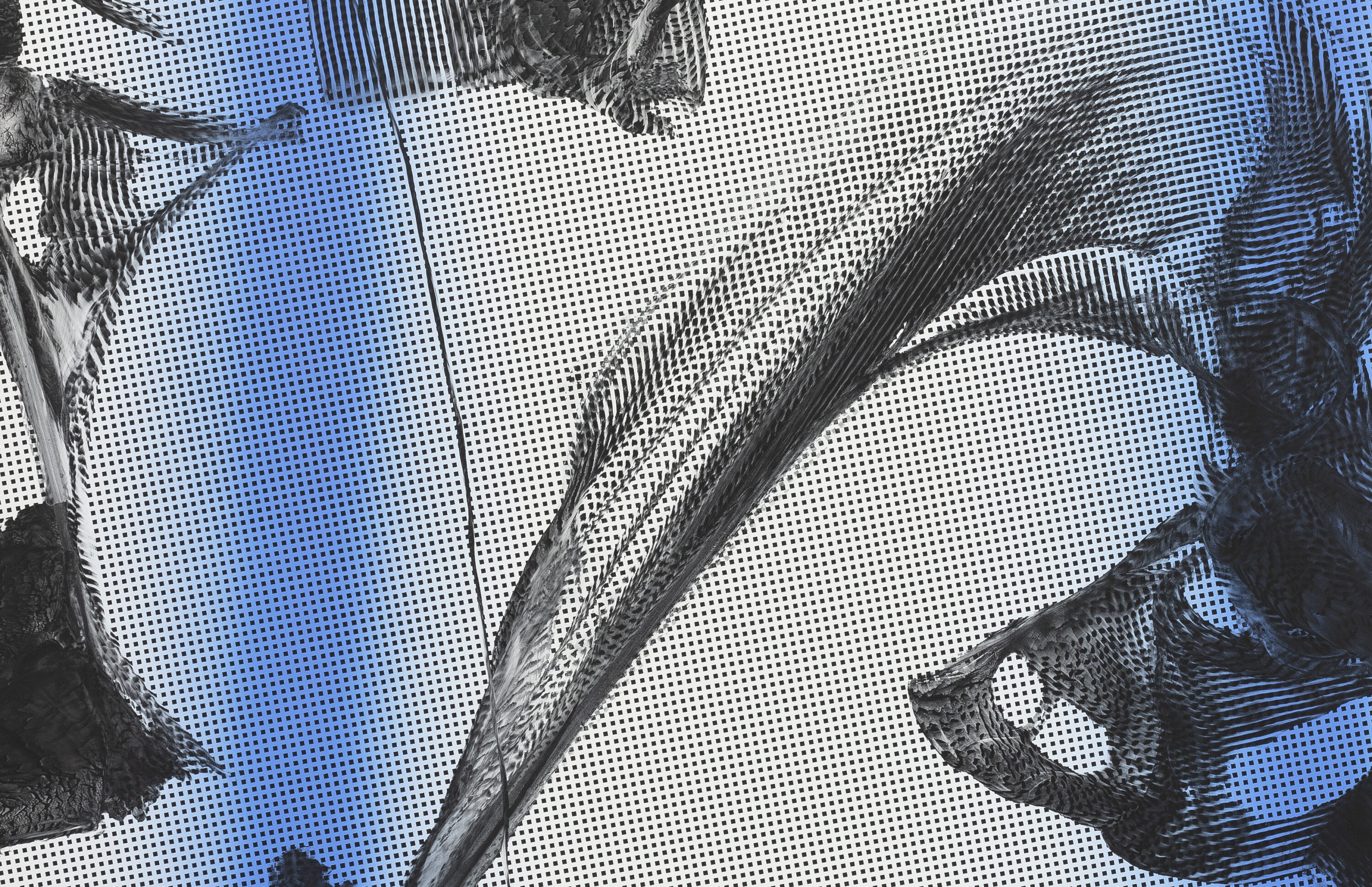 For the exhibition at Campoli Presti in Paris, Thompson has scaled his works to the dimensions of the gallery’s wall space. By introducing vertical stripes of colour, at half-meter intervals, he establishes a spatial measure that runs through the exhibition - the gaps established by the gradients of colour is continued through the exhibition, and this rhythm is woven through and reinforced by the hanging of the drawings. The colours appear as markers that quietly disclose their relationship to the neighbouring paintings and the architecture in which they operate. Far from functioning as autonomous images or objects, the paintings and drawings interlock as sensuous elements of a coordinating and coordinated logic organised around capture, exposure, and measure. 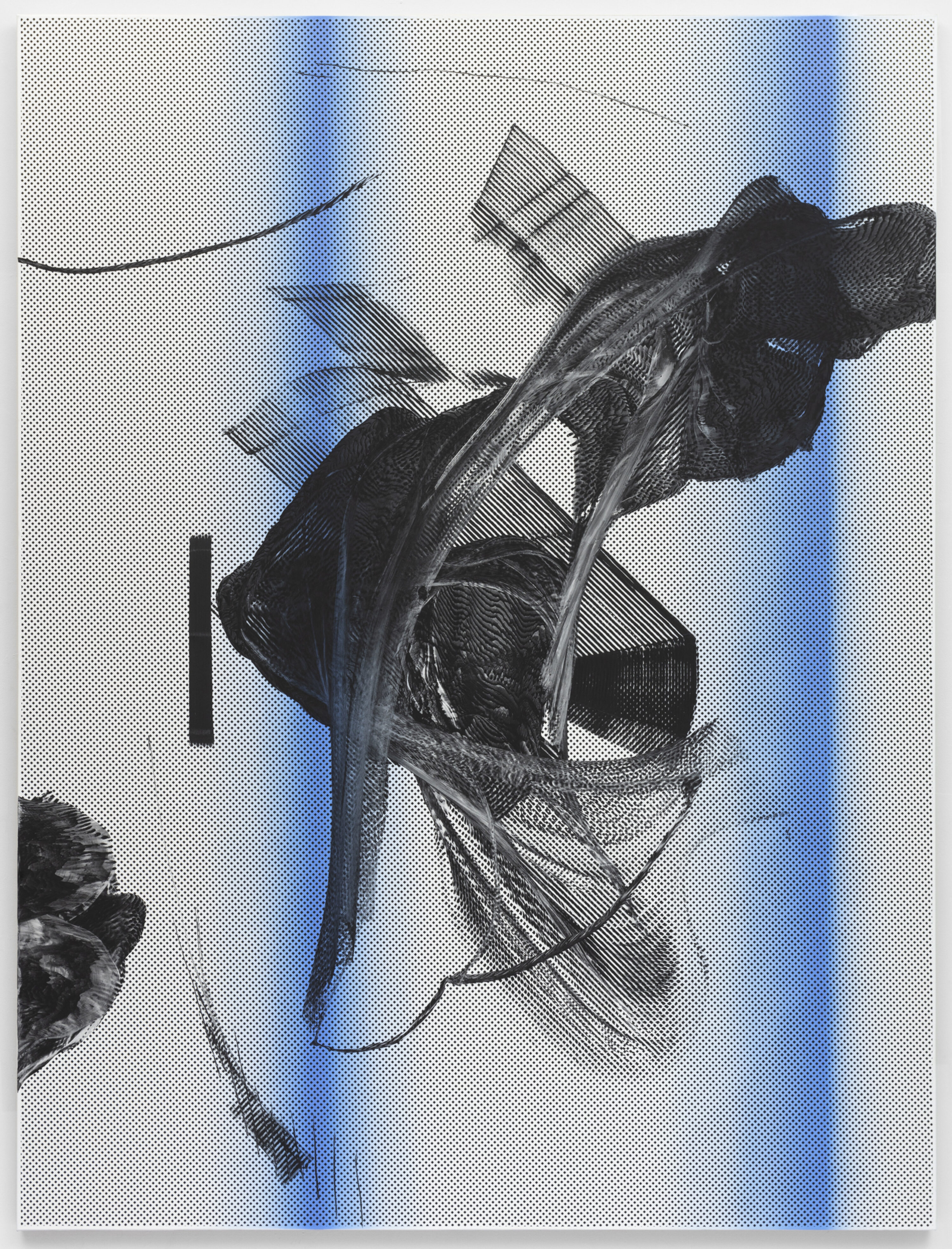 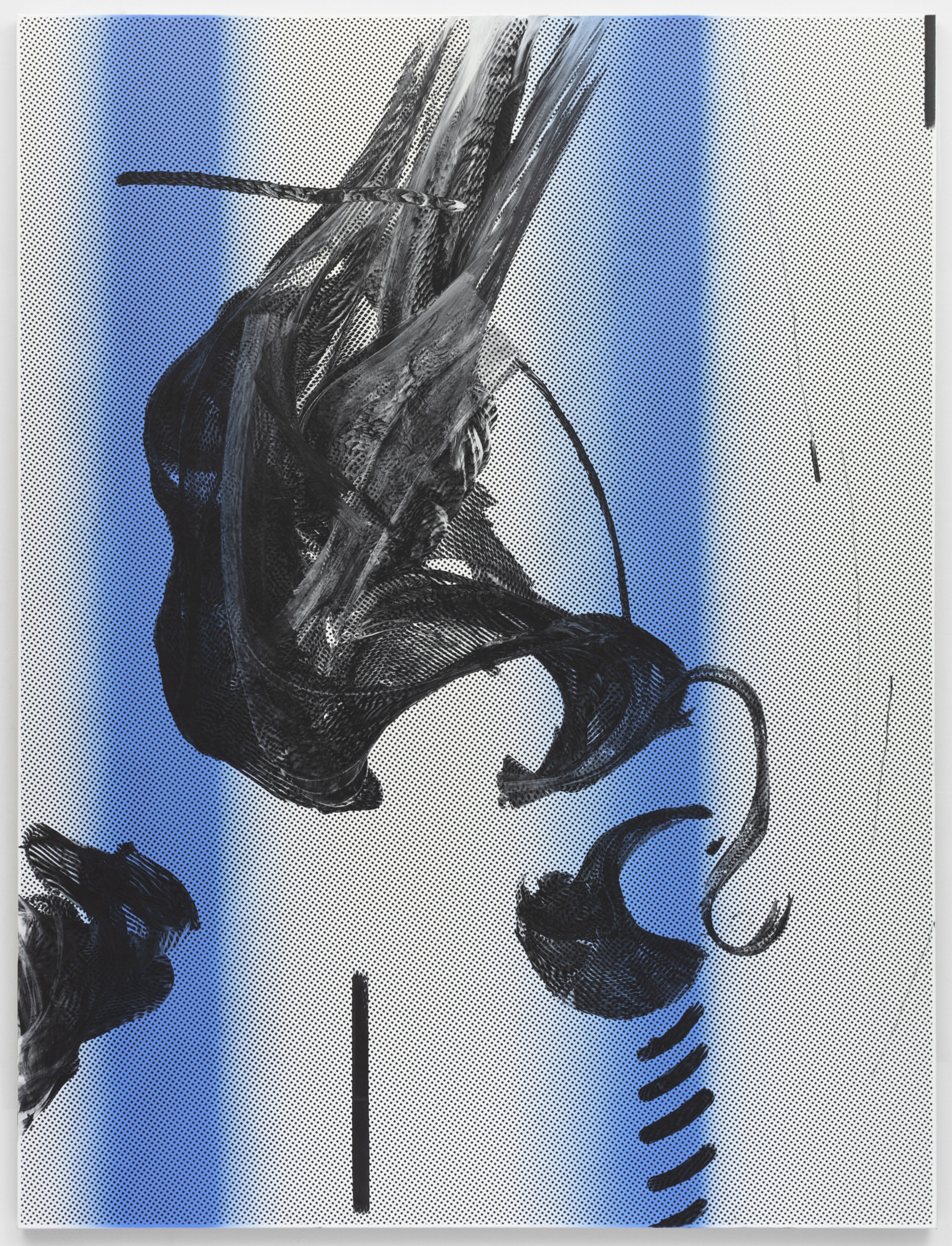 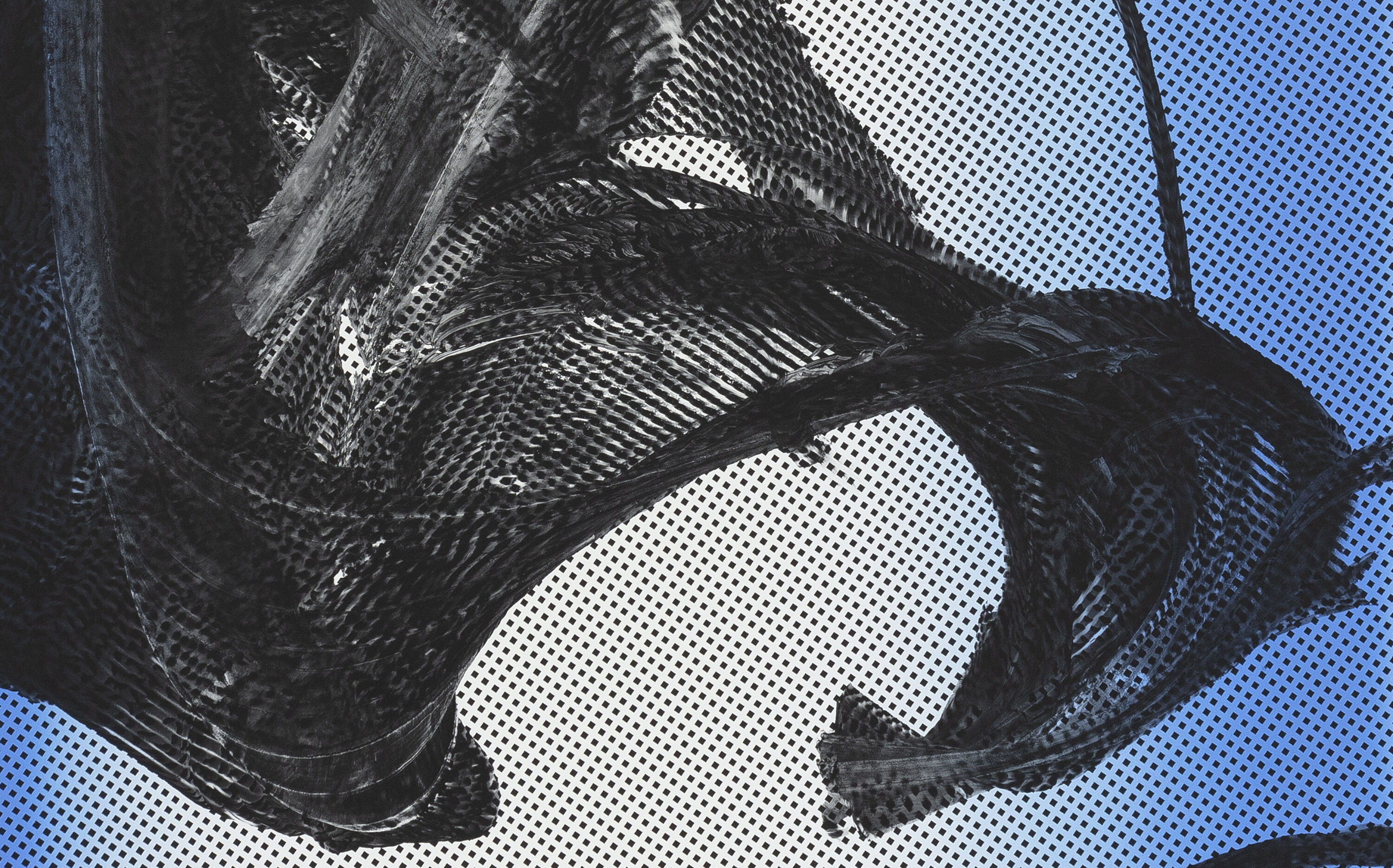 Thompson executed his drawings on a table equipped with touch sensors that precisely measures ten seconds of “touch time”, a process that resonates with the manufacturing term “takt-time”, the amount of time a manufacturer must spend per unit to produce enough goods to fulfil customer demand. Reproducing a situation of near total surveillance from within contemporary logics of labor management, the artist set out to study the sculpture l’Écorché by Jean-Antoine Houdon (1766). This sculpture depicts a classical figure in a contrapposto pose, with the skin removed. An ambiguous figure of both over-exposure and insensitivity, it is still prized for its role as a tool to train the hand and eye to transcend the world of appearances and mere copying into one of knowledge-production. Here, parameterised and subsumed, this knowledge produces a wealth of questionable value, intermingled as it is with the swipes of thumbs that draw us into increasingly precise calculability. 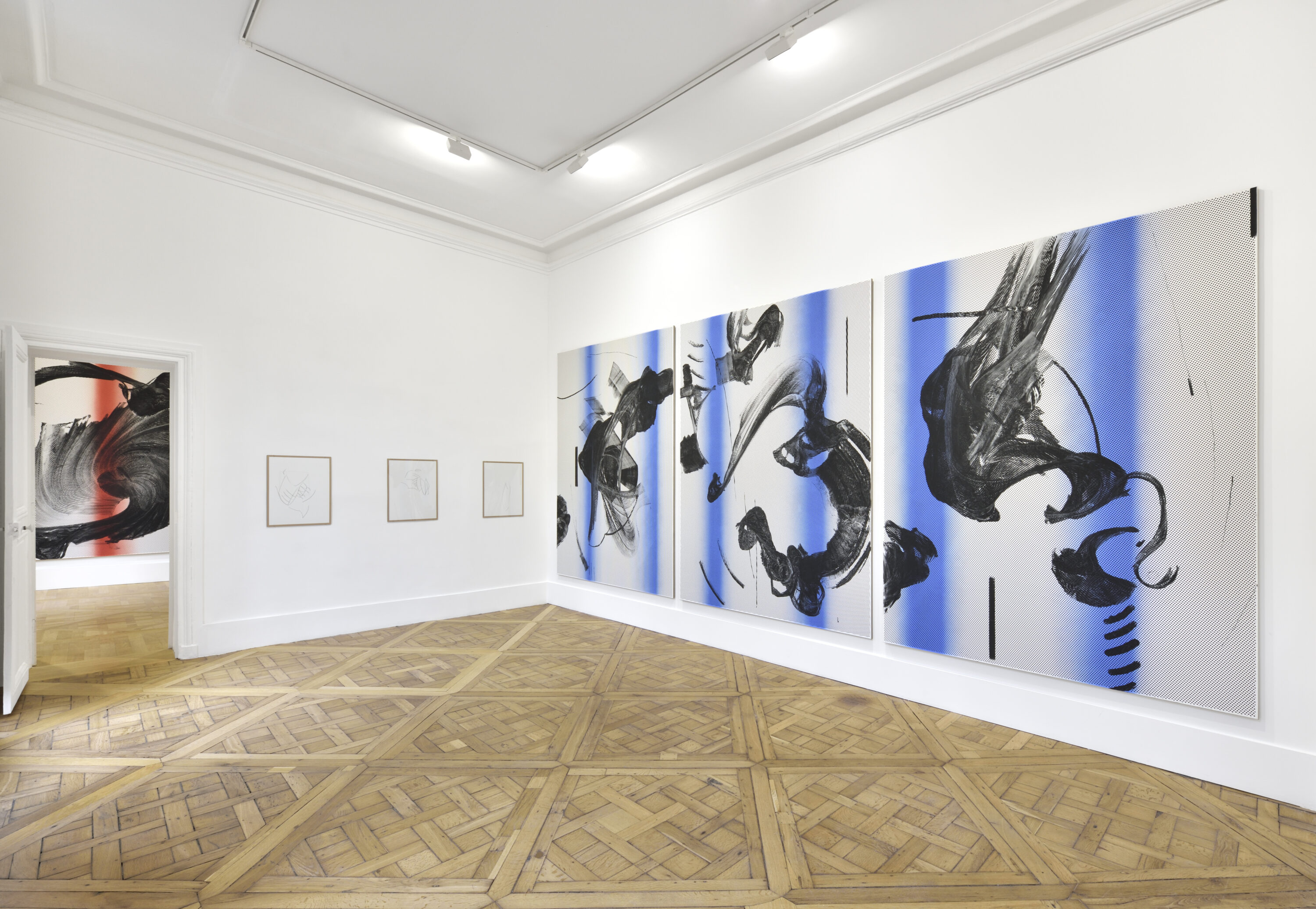 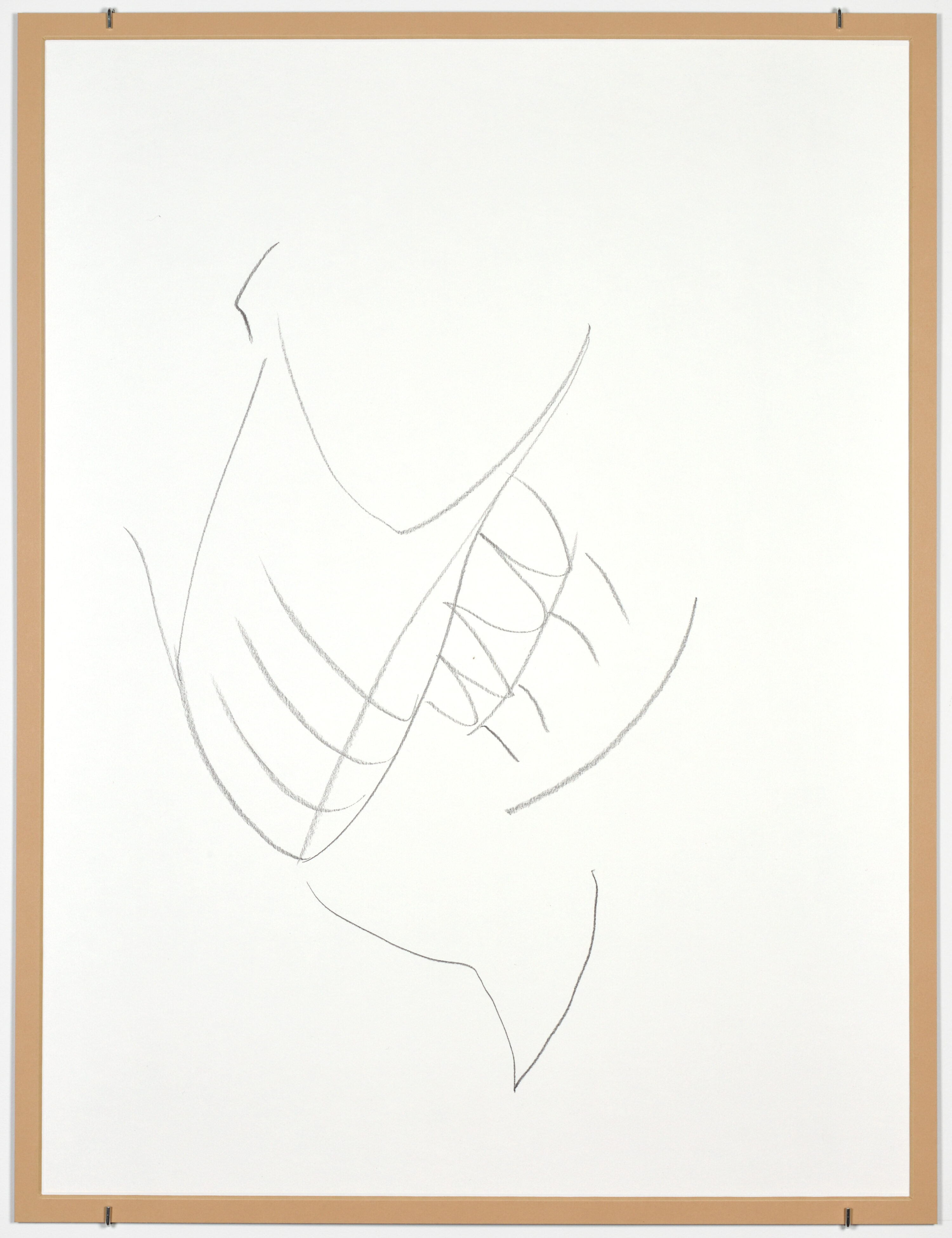 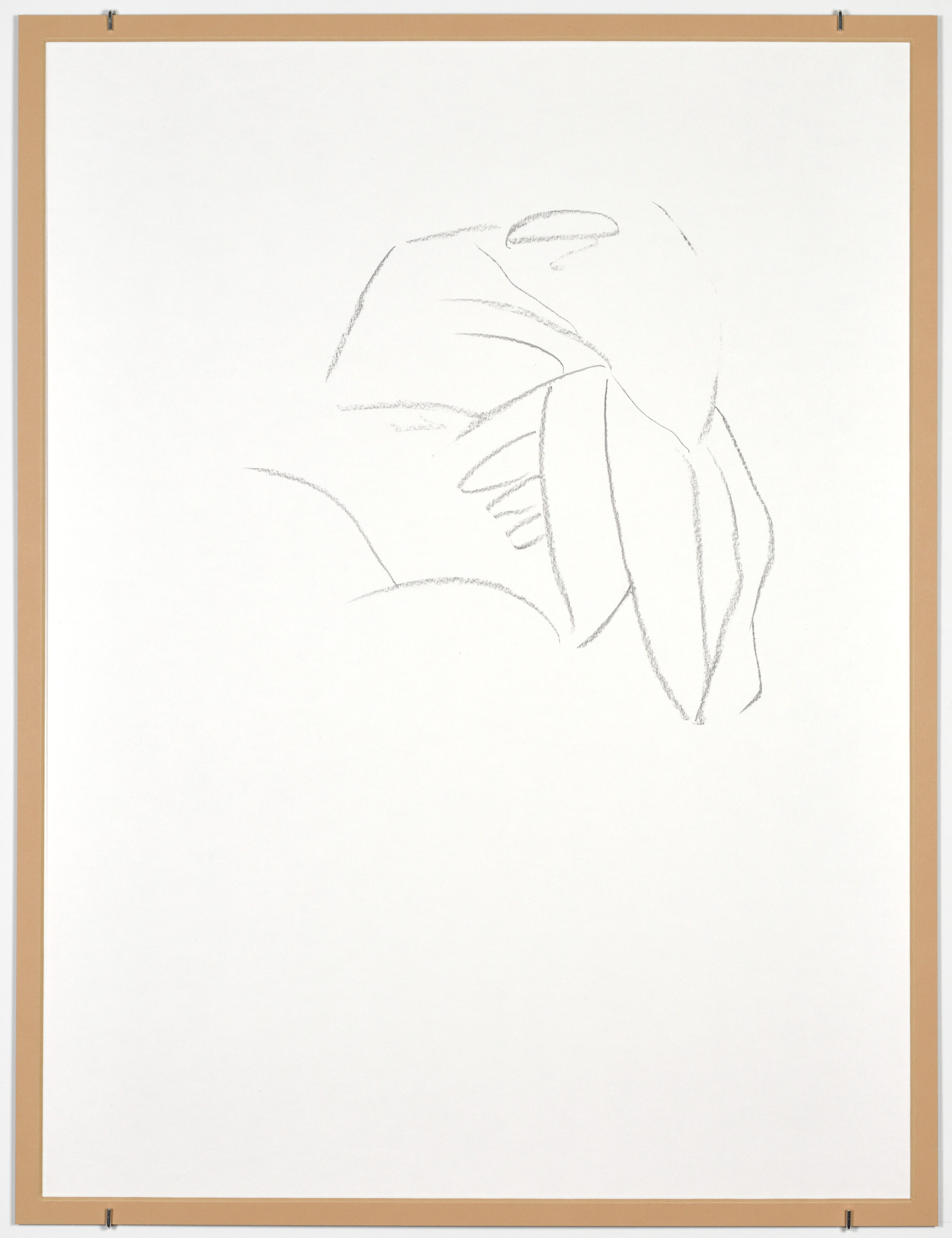 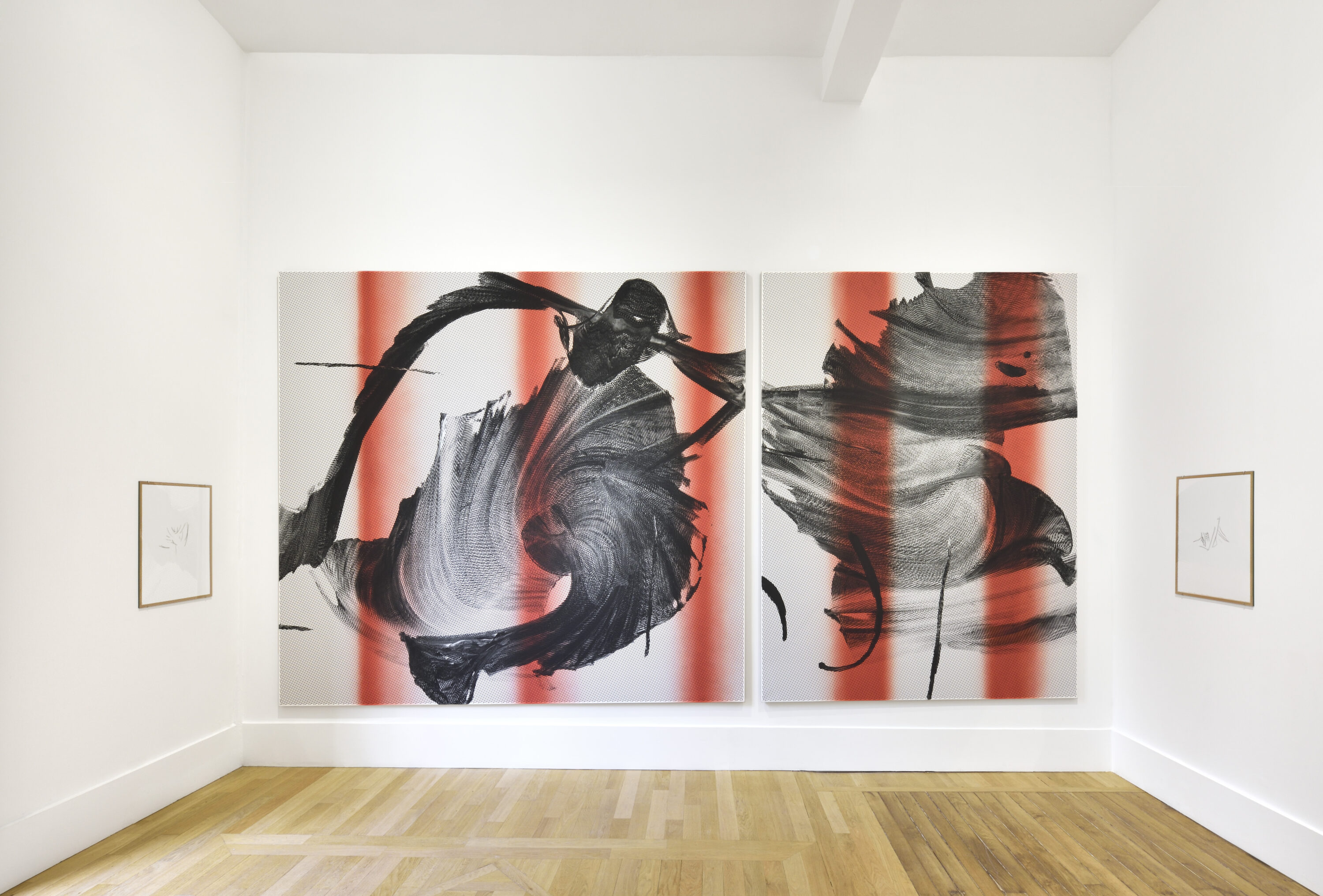 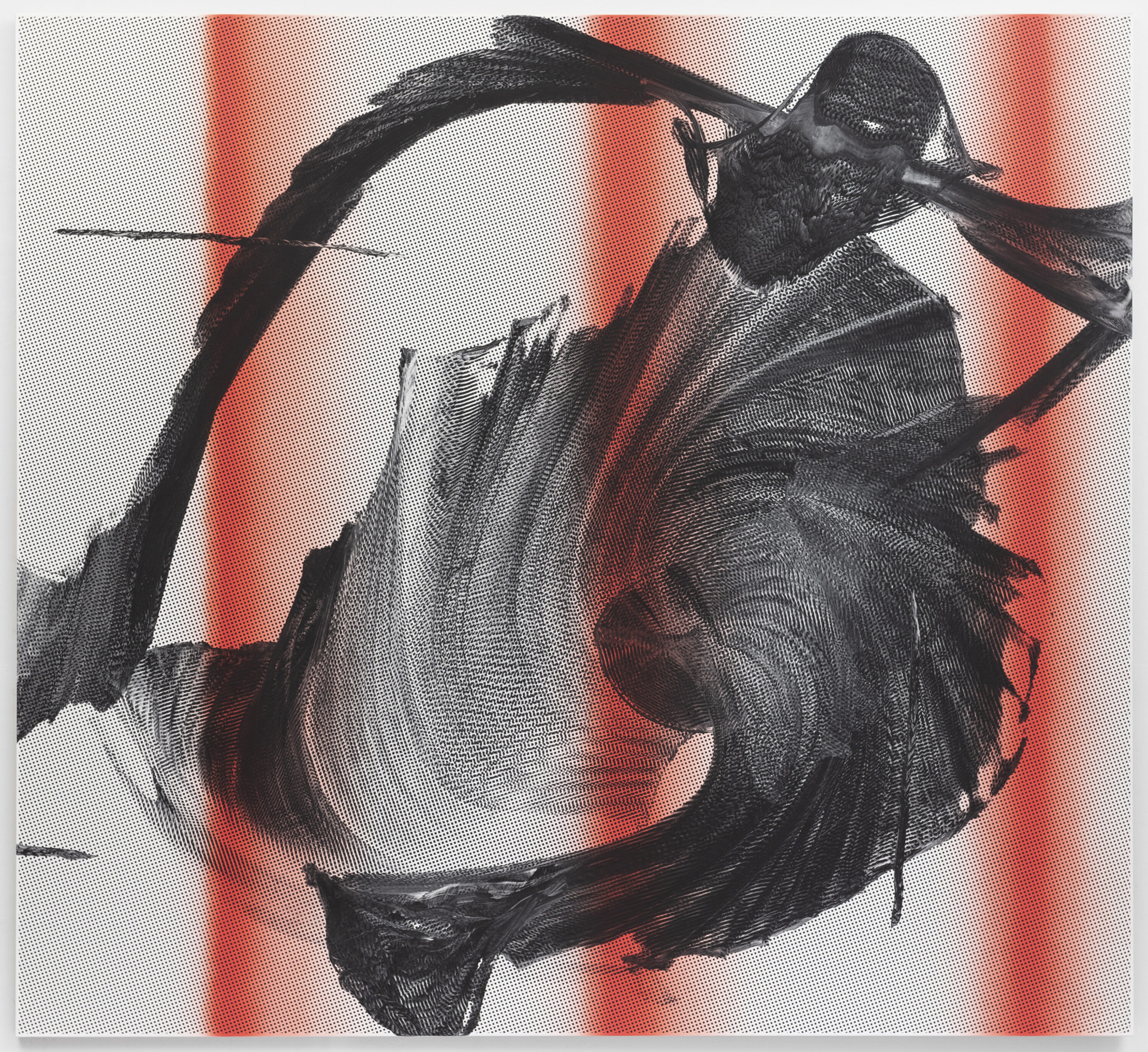 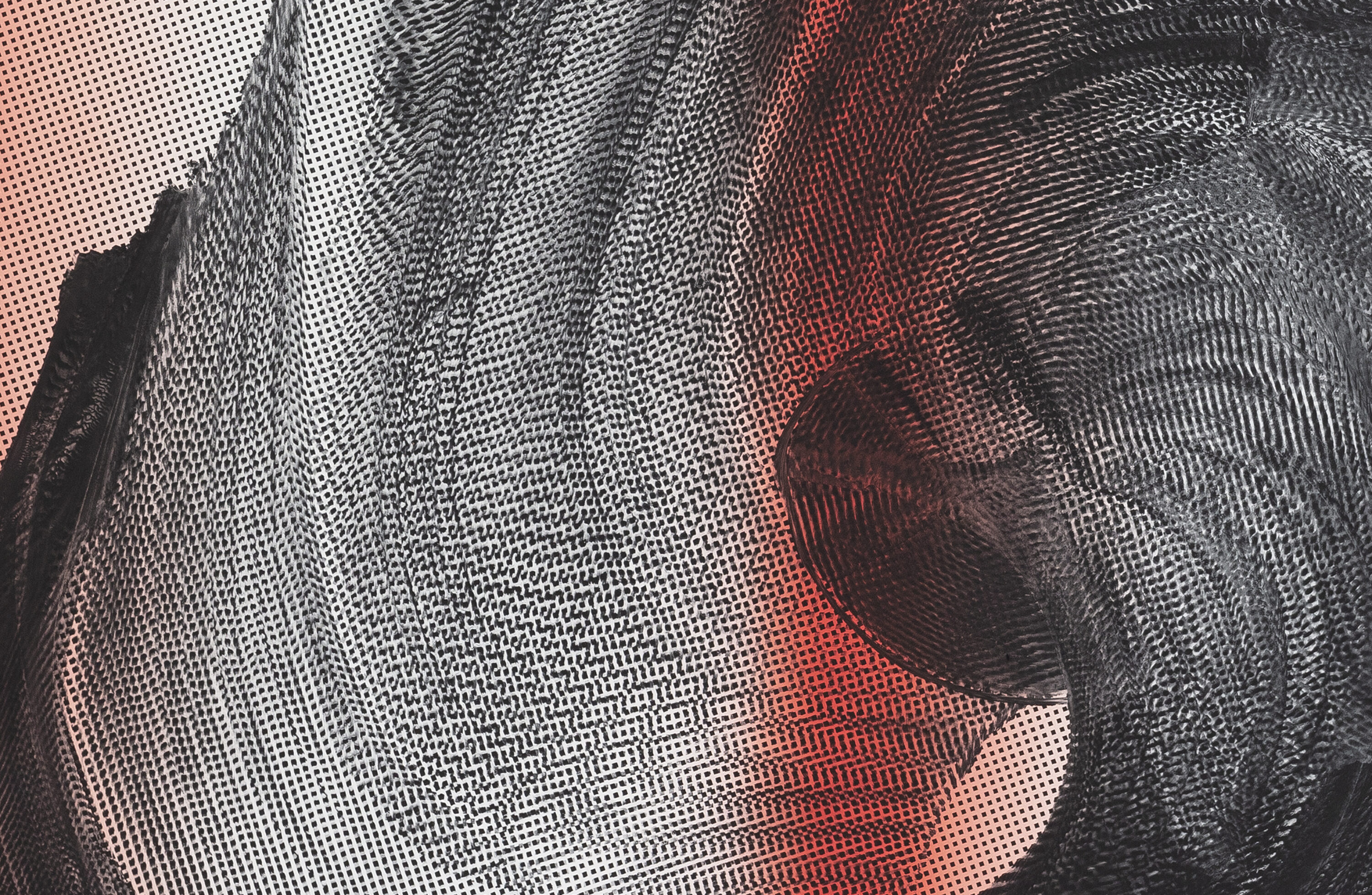 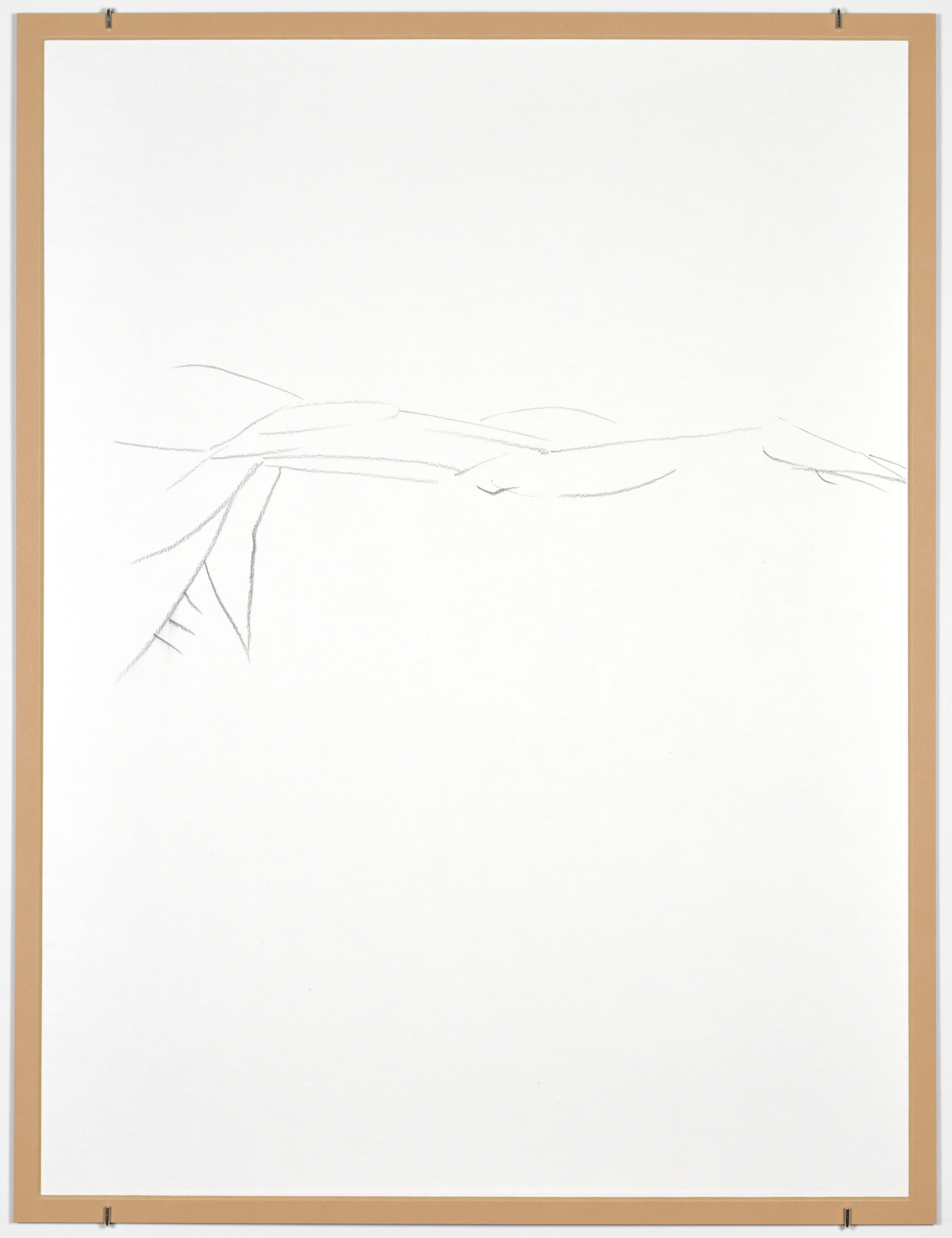 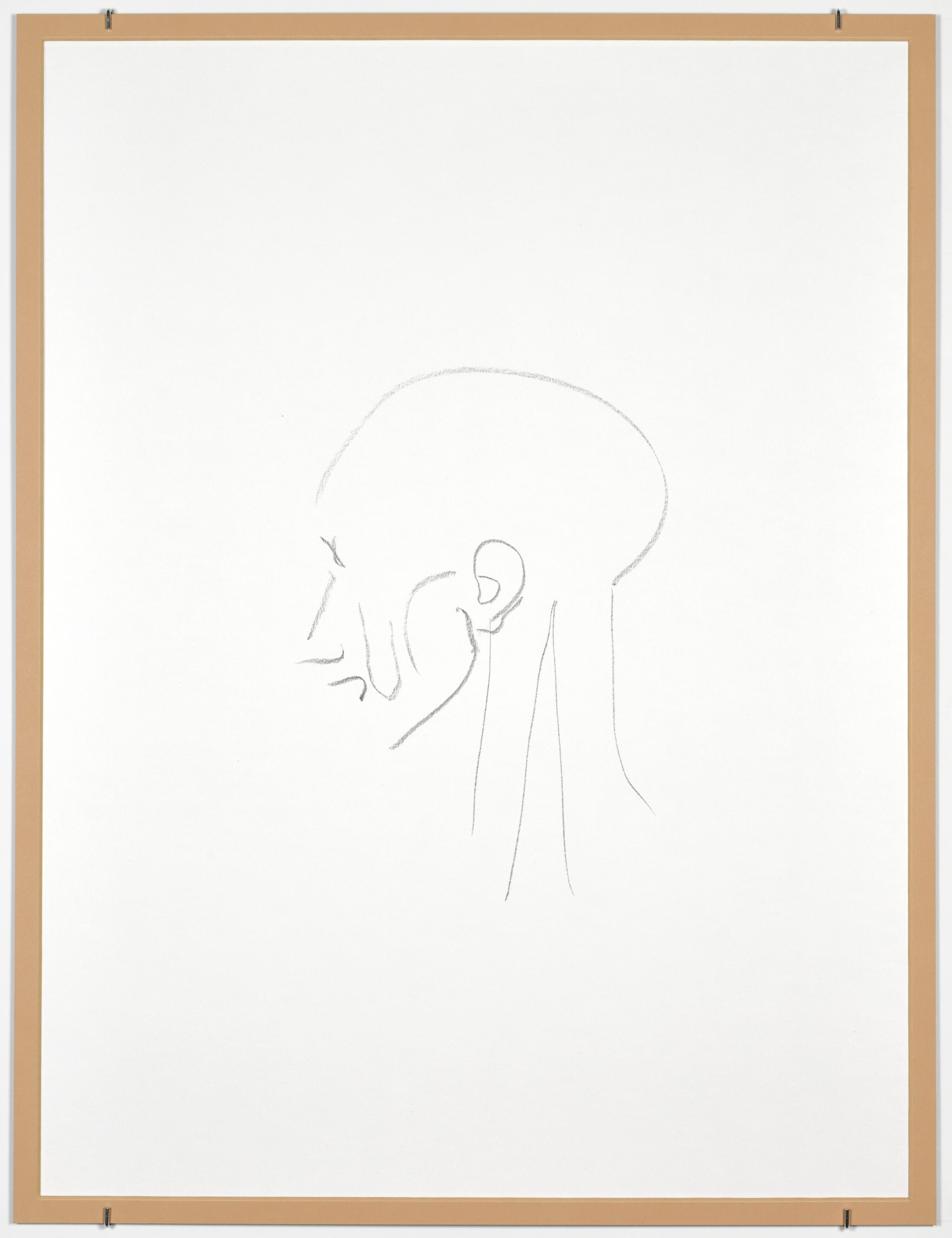 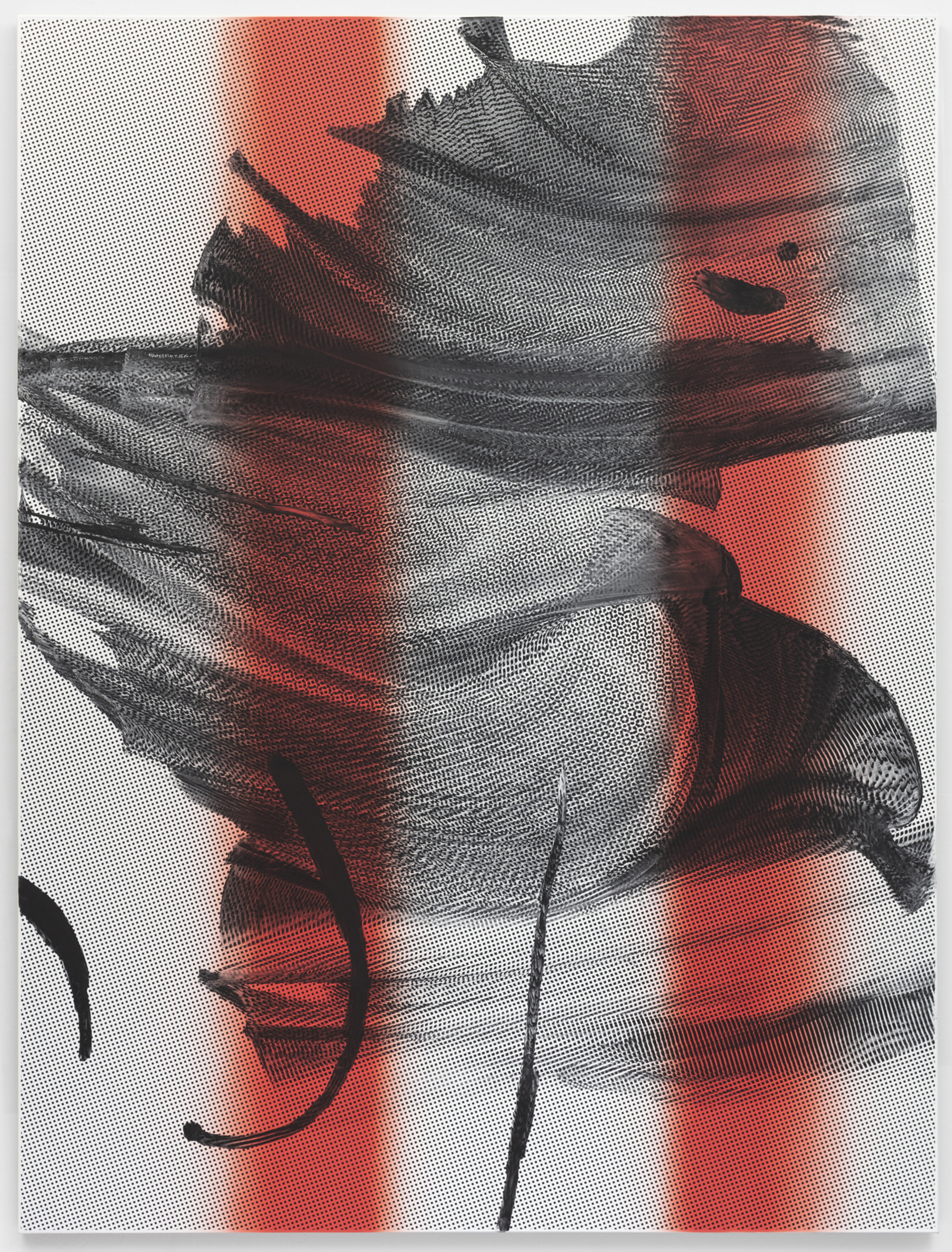 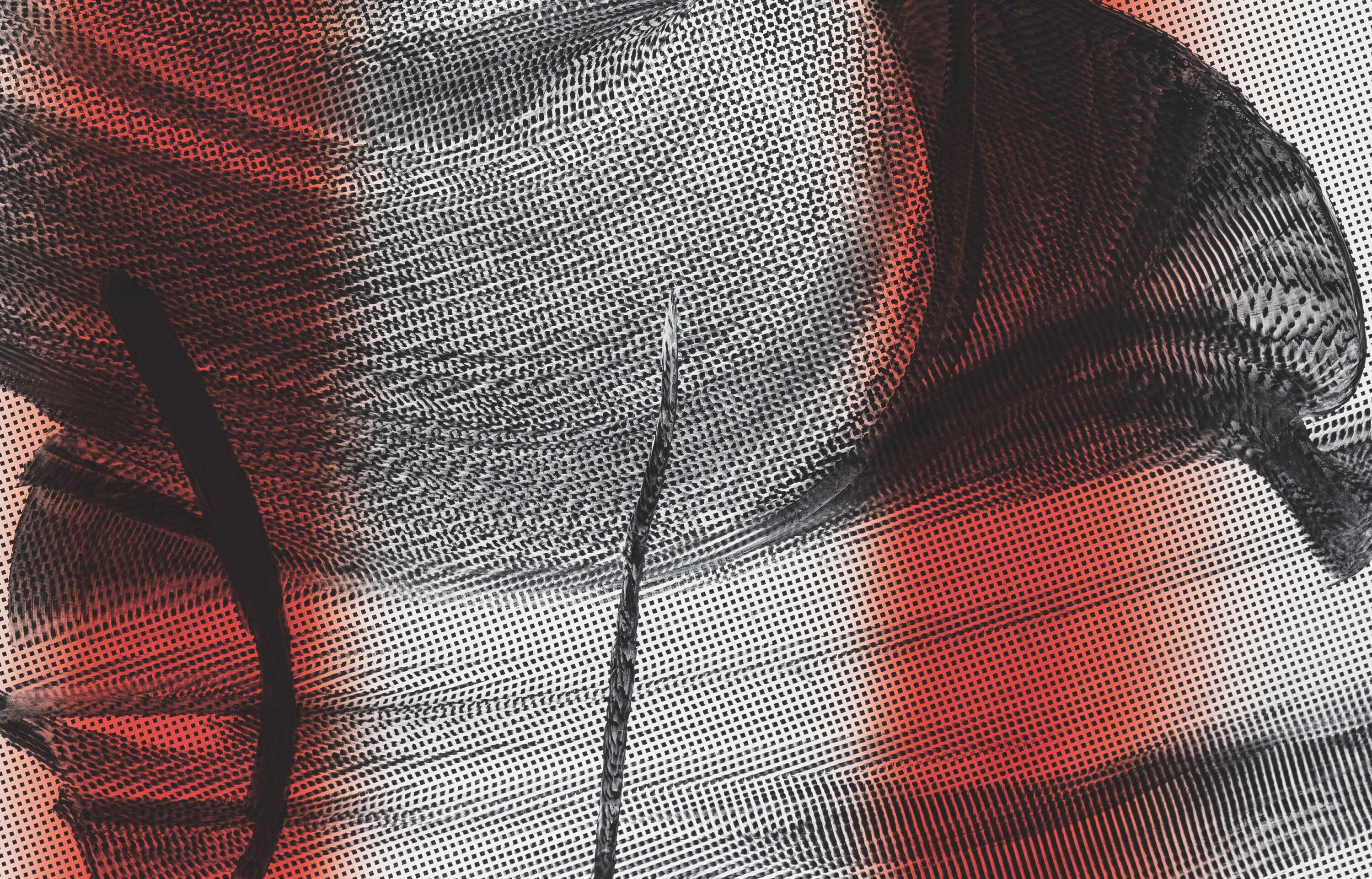 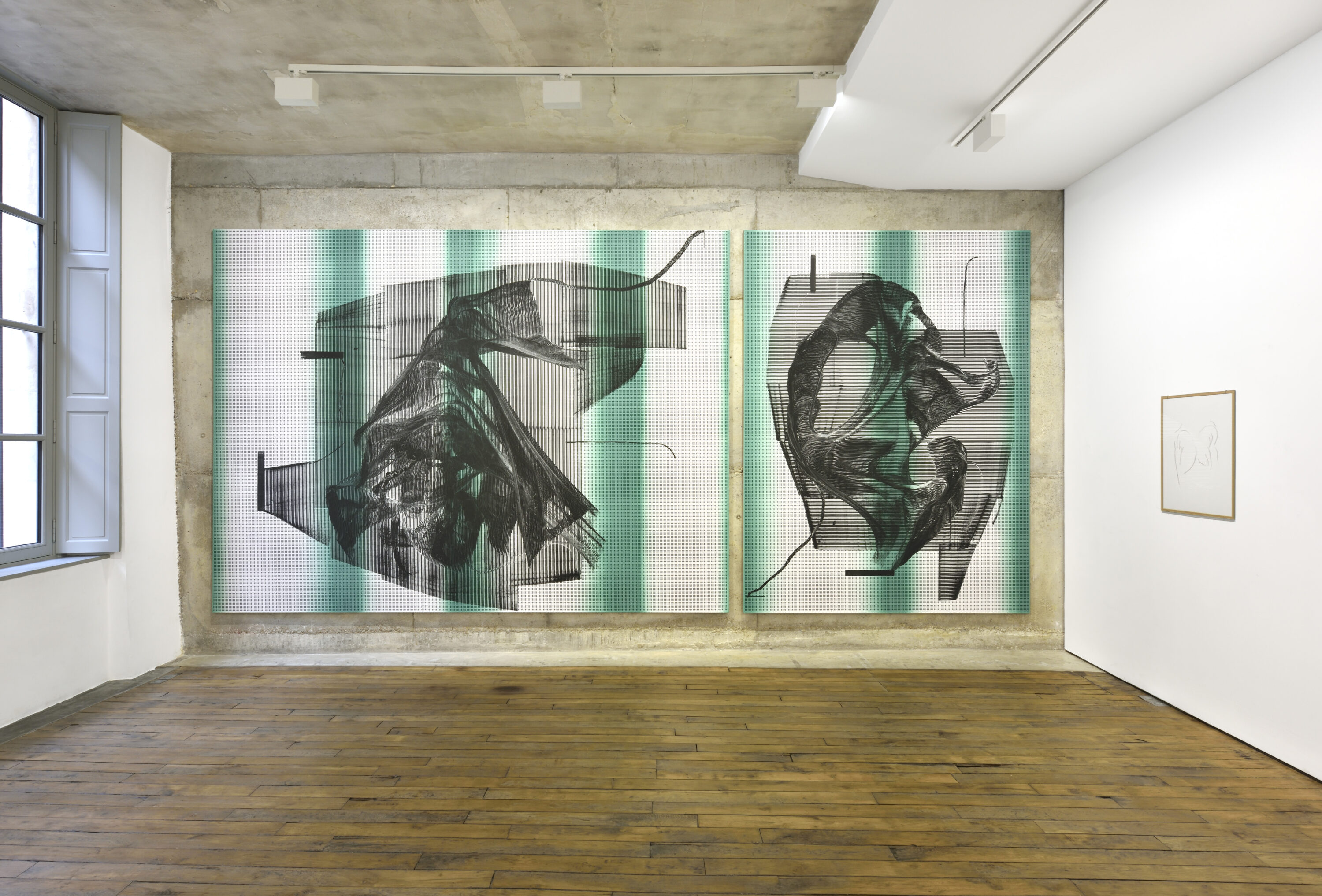 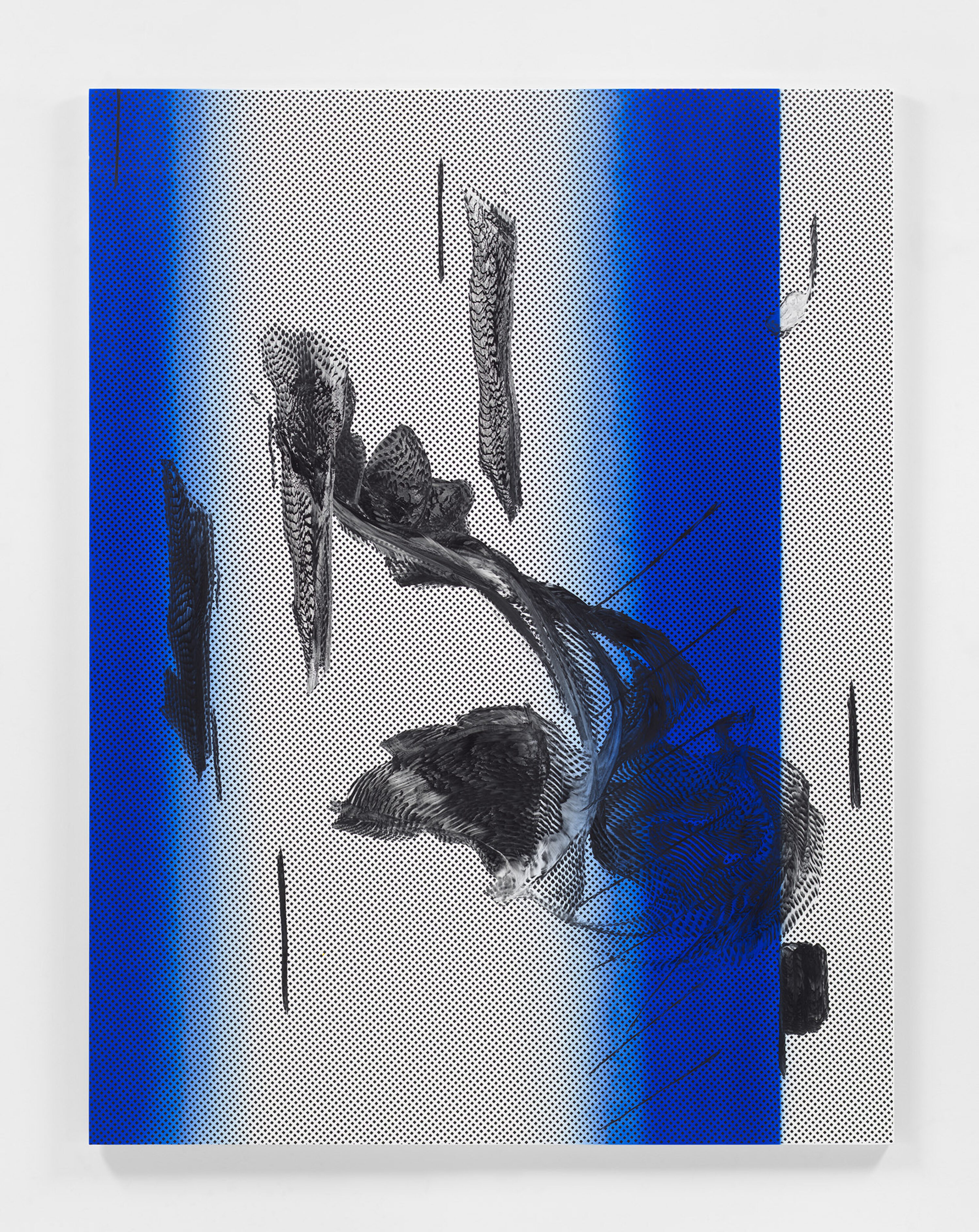 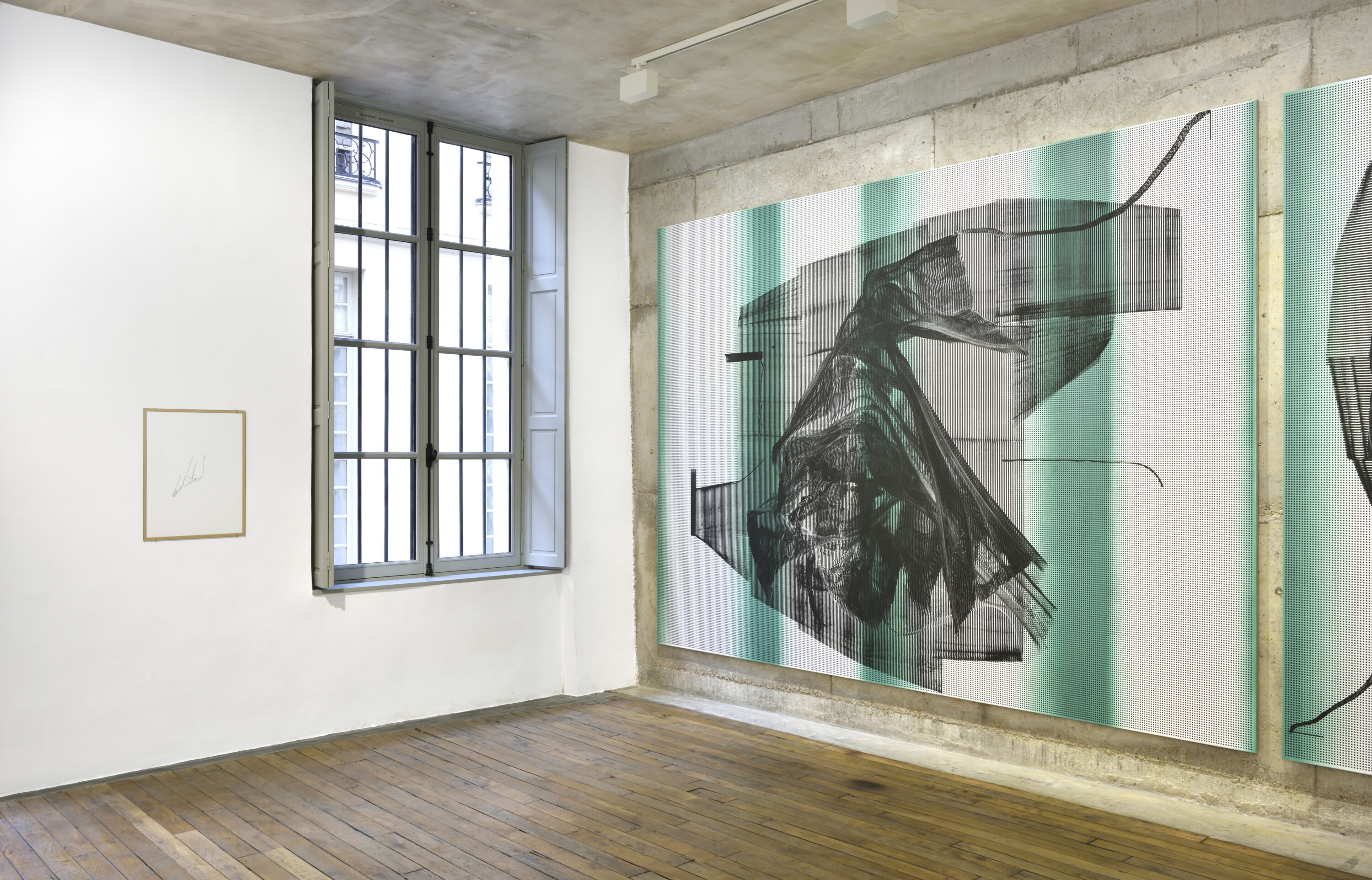 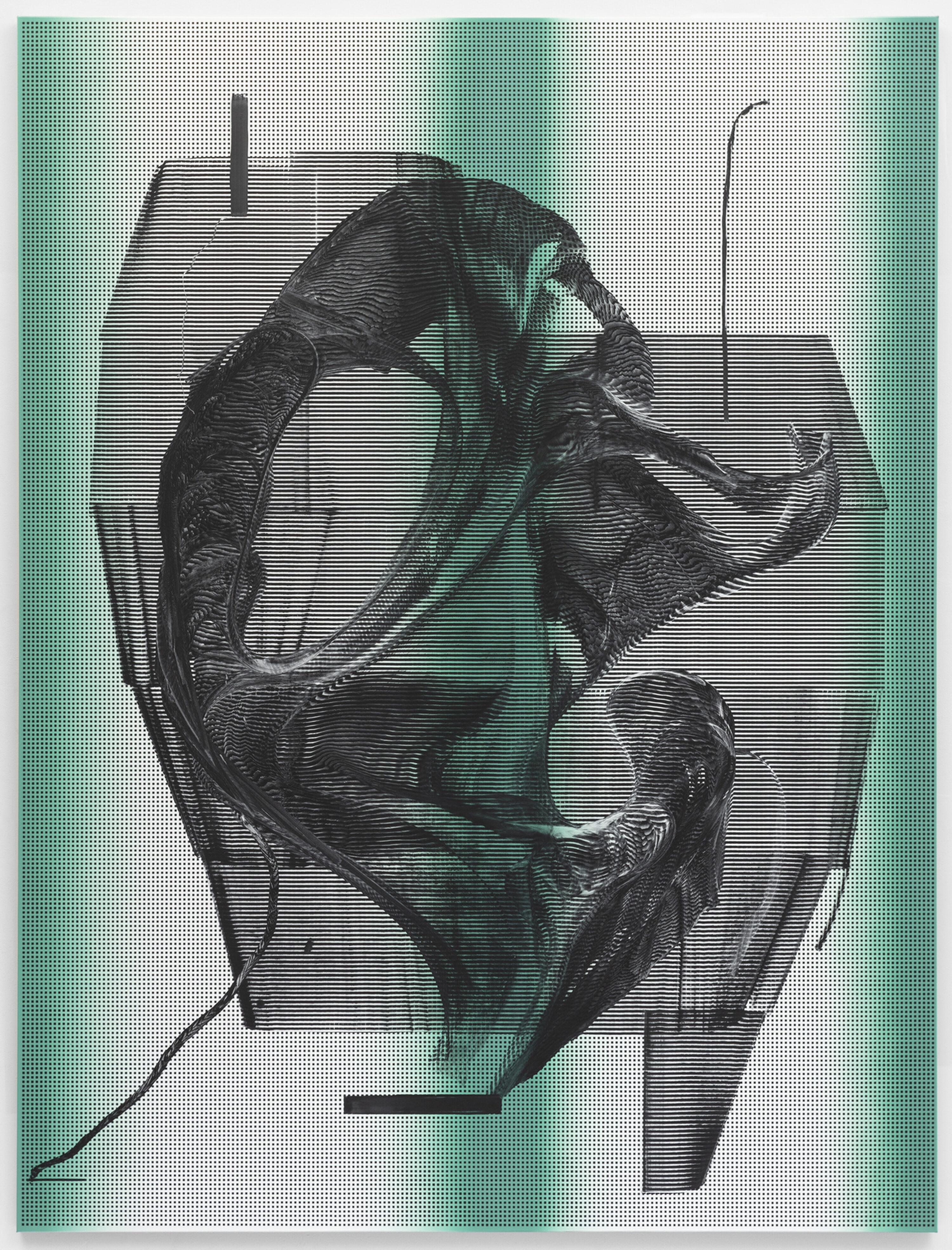 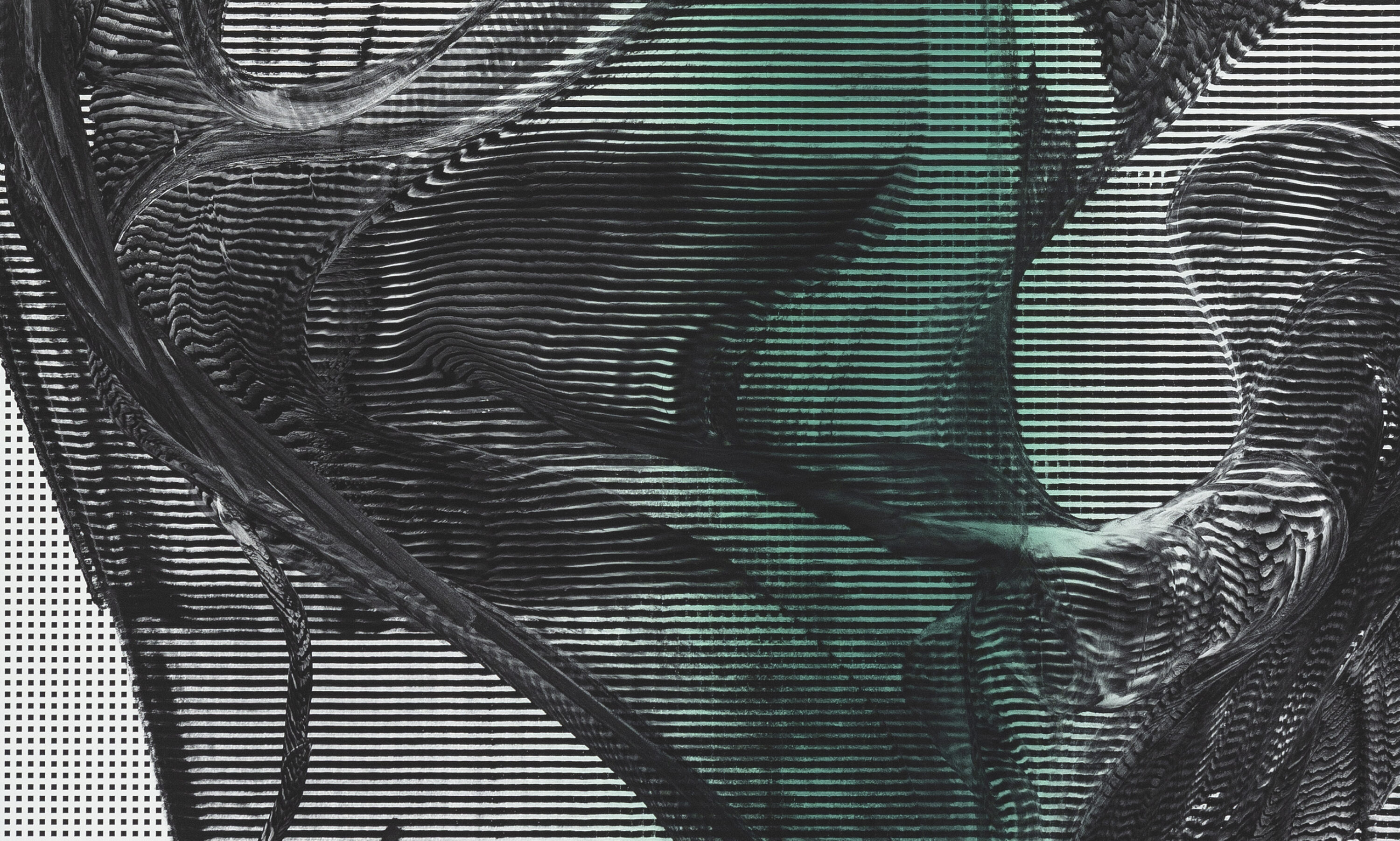 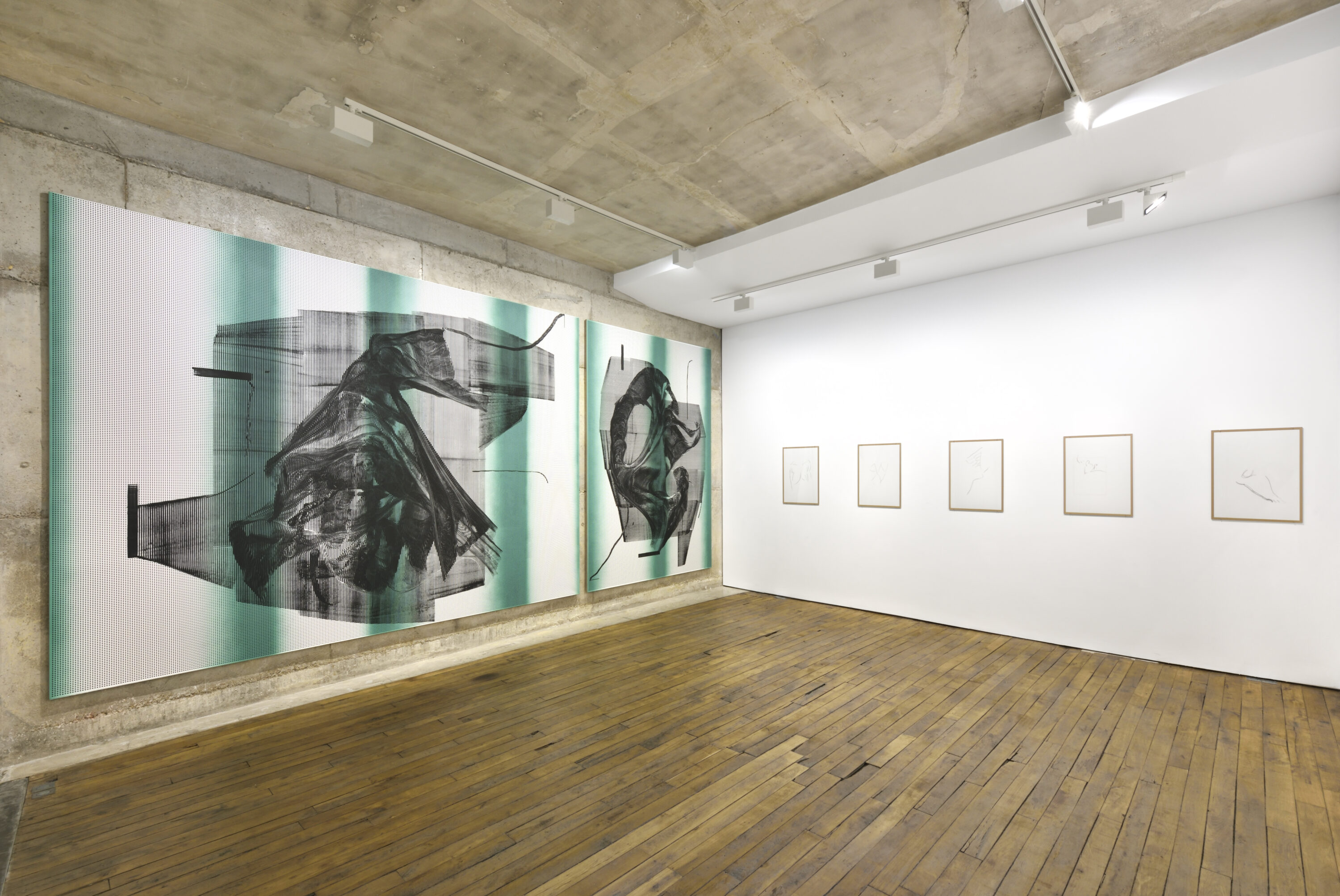 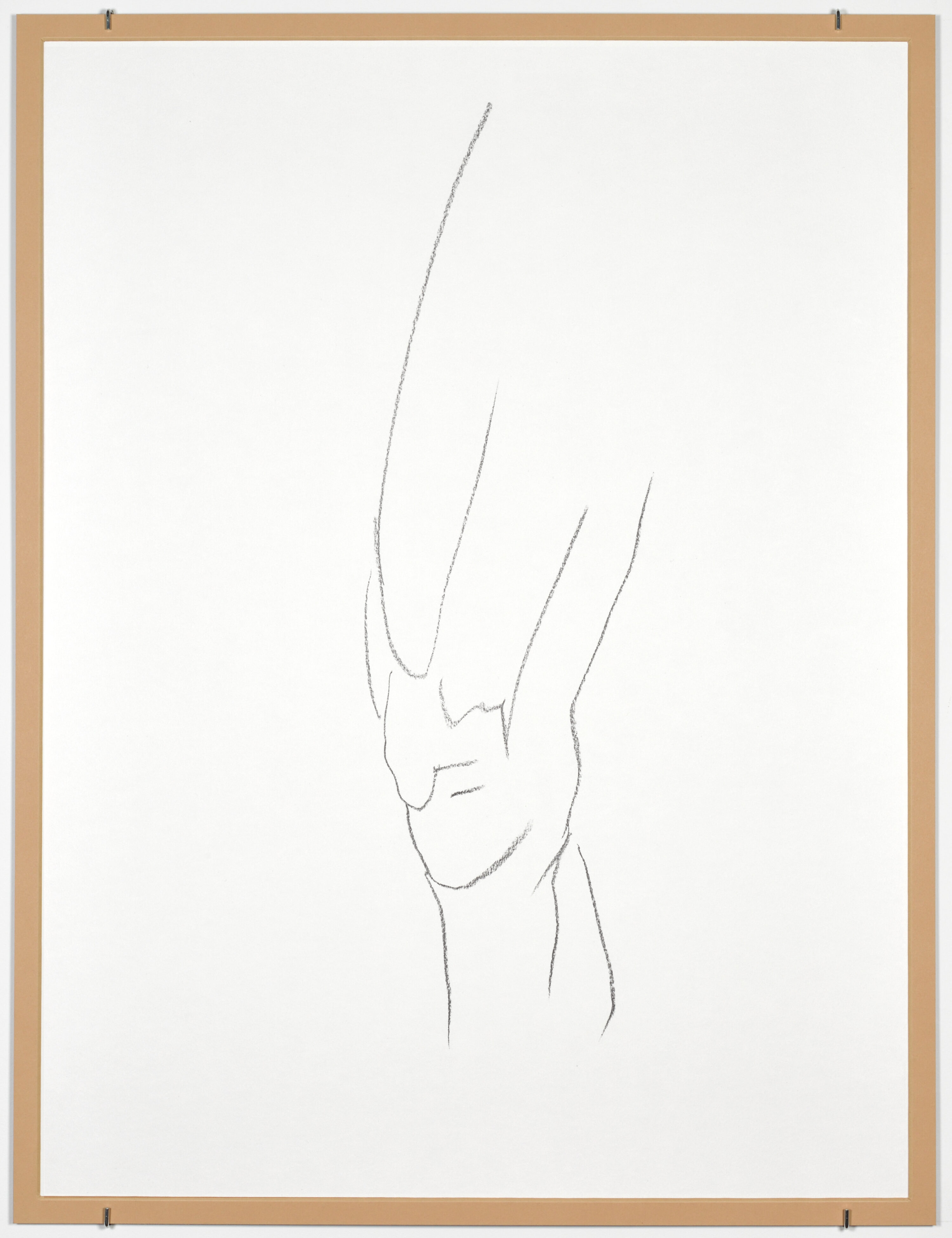 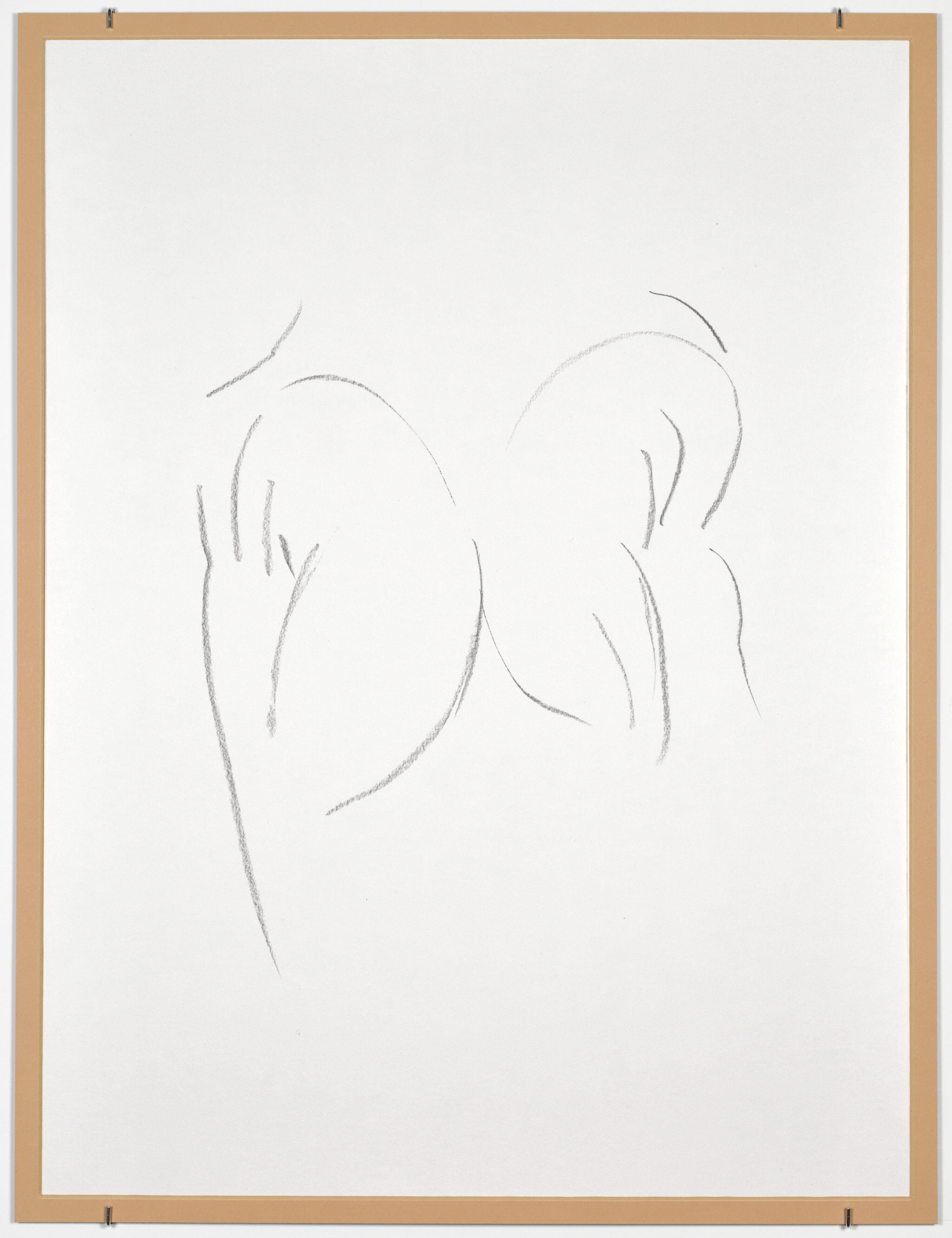 Cheyney Thompson (1975) lives and works in New York. His work was recently included in Low Form. Imaginaries and Visions in the Age of Artificial Intelligence at MAXXI, Rome (2019) and in Programmed: Rules, Codes, and Choreographies in Art, 1965-2018 at the Whitney Museum, New York (2019). His work was on view at Centre Pompidou, Paris (2016) and Whitney Museum, New York (2015) in Collected by Thea Westreich Wagner and Ethan Wagner. Thompson had a survey exhibition at the MIT List Visual Arts Center, Massachusetts (2012) with an accompanying monograph and a solo exhibition at Kunstverein Braunschweig (2012). His work was included in the 2008 Whitney Biennial as well as the 2003 Venice Biennale, curated by Francesco Bonami. Past exhibitions include Chat Jet - Painting ‘Beyond’ The Medium at Künstlerhaus Graz (2013); The Indiscipline of Painting at Tate St Ives (2011); Systems Analysis at West London Projects and Langen Foundation, Germany (2010); Greater New York at P.S.1 Contemporary Art Center (2005).