What is a house? Architecture has strived for centuries to provide an answer yet only resulting in commonplace or neurotic solutions. Whether in the splendor of imperial palaces or in the monastic and penitential spirit of modern rationalism, architects have always missed their object. The problem lays in the method as well as in the direction in which the eye was directed. The house has nothing to do with space - it is a psychic fact even before being spatial or geometrical. And that is why it is useless to try to represent it by geometrical projections: our psyche draws much more complex forms than those with which geometry deludes itself to understand the life of the matter.

Anna Franceschini fills this century-old gap and obtains from her work the first true and exact definition of the domestic space. A house is at the same time a device of vision and a perverse and surreal consolation. It serves us to better see ourselves, to suspend our judgement on the world, or rather to reduce the whole world to a screen on which we can innocently project our most unavowable and extreme fantasies. The domestic space, "cinema without cinema", in which the spectator can forget the very fact of being the cause, the process and especially the object of vision. A house is a modification of the process of vision rather than a transformation of the real space. This is what the jewel-sculpture DEMONSTRATIONSRAUM (2020) expresses and demonstrates.

On the other hand, creating a space out of one's own projections, allowing the ghosts locked up in the well-guarded cells of our unconscious to not only come out, but to animate a space, produces a strange mixture of gentle, surreal consolation and cruel inhibition. The sweetness lies in the fact that we are freed from secrecy: at last, dreams caress us like velvet gloves and it is comforting to see them in front of everyone's eyes, at least in a modest place on the planet. But it is because of this very limitation that consolation turns into sadistic punishment: precisely because they are now in our homes, they can no longer become real or part of the world independently from us.
Each house embodies this mean living room, built together to tickle us, to comfort us but also to sting us with a sweet melancholy. 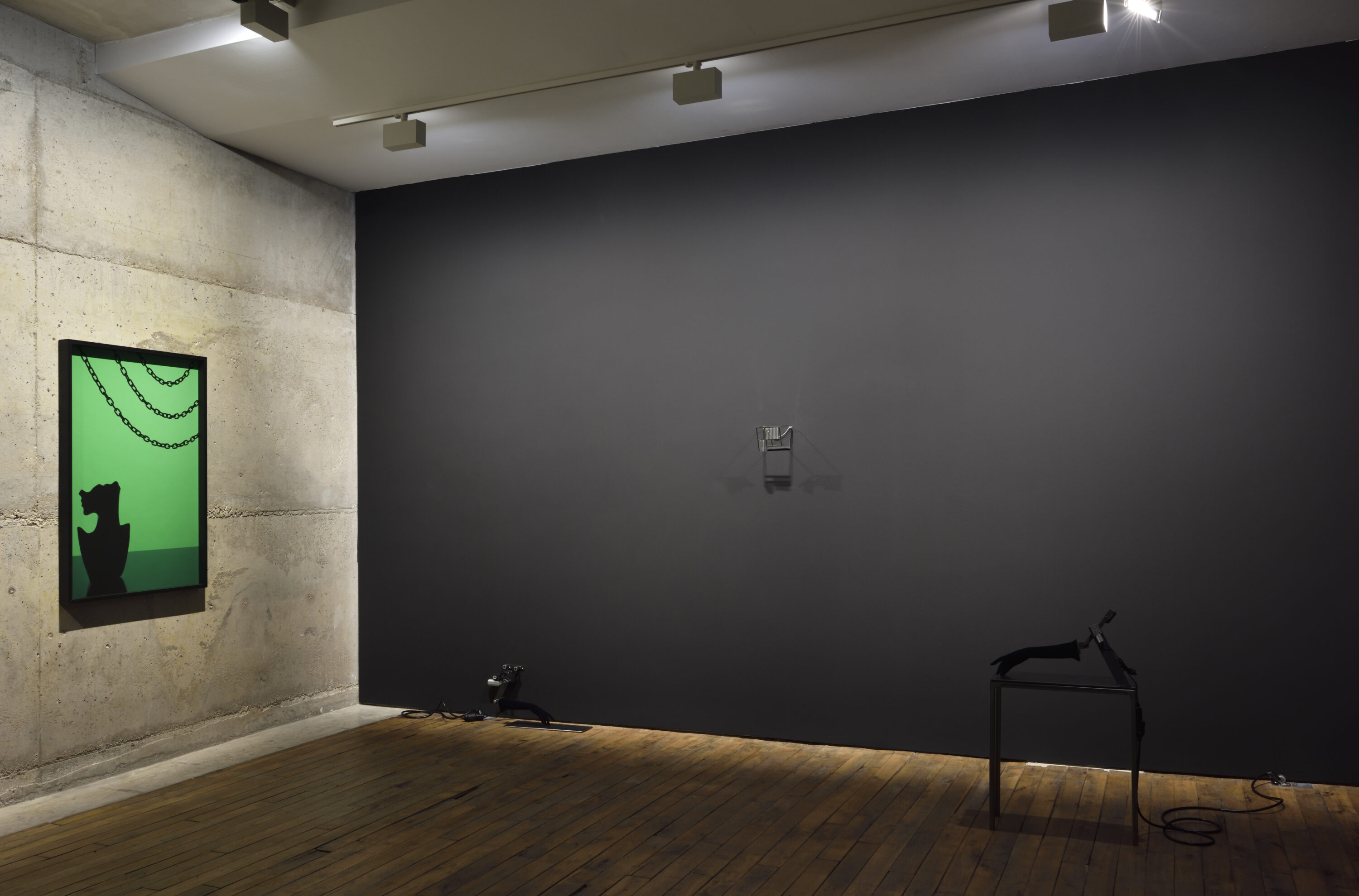 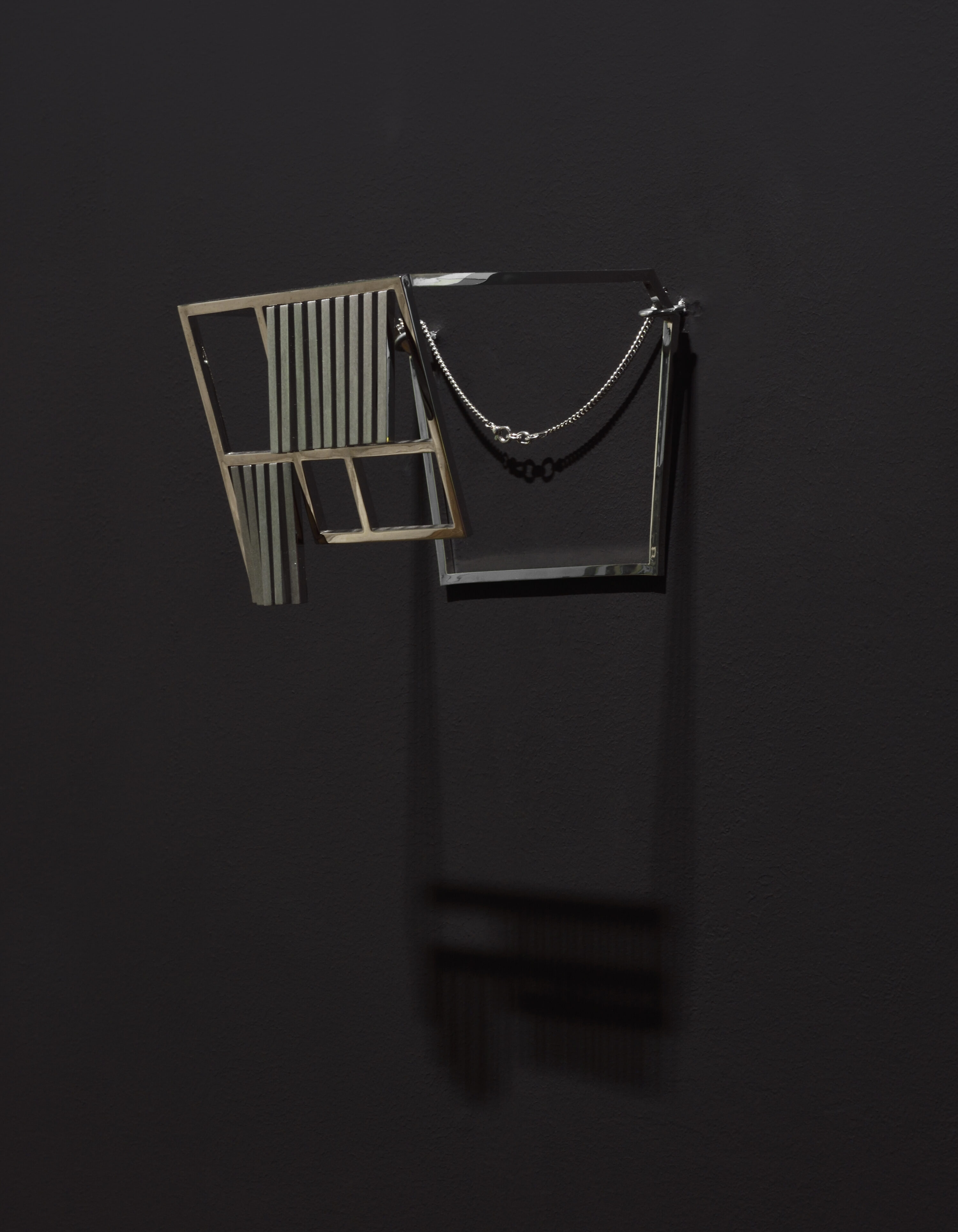 The work DEMONSTRATIONSRAUM is inspired by El Lissitzky's “Cabinet of Abstraction” which was commissioned in 1927 by Alexander Dorner for the Hannover Provincial Museum.
Lissitzky began experimenting with exhibition design in the early 1920s through a practice which aimed at integrating his researches in abstract art with three-dimensional environments.

The Cabinet reflects the belief in the need for new exhibition formats for abstract art which would include the possibility for the spectator to interact with the art works and the exhibition spaces. 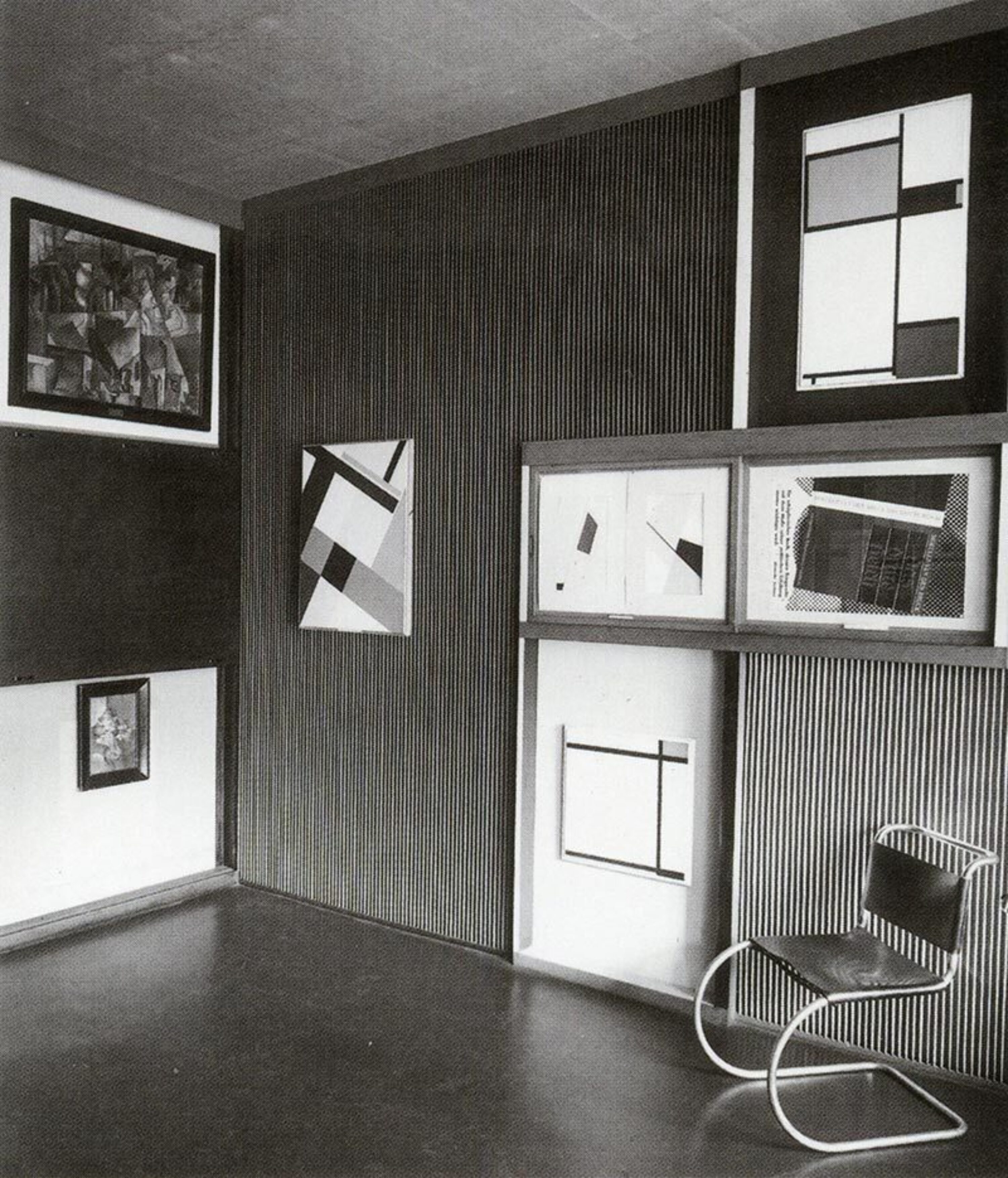 Commissioned in 1927 by Alexander Dorner for the Hannover Provincial Museum

The pavilion is a room of about 20 square metres built inside the galleries of the Museum, a modular and adaptable area conceived to host works by constructivist and abstract painters, among whom Piet Mondrian, Laszlo Moholy-Nagy, Pablo Picasso and Fernand Léger as well as El Lissitzky himself. The Cabinet does not work only as background for the paintings and sculpures on show, but is an art piece by itself.

Echoing the design of the cabinet, DEMONSTRATIONSRAUM is a sculpture intended to be worn and thus interact with the viewer's body. Anna Franceschini reverses the roles between artwork and exhibition space by turning the monstration device into an artwork. 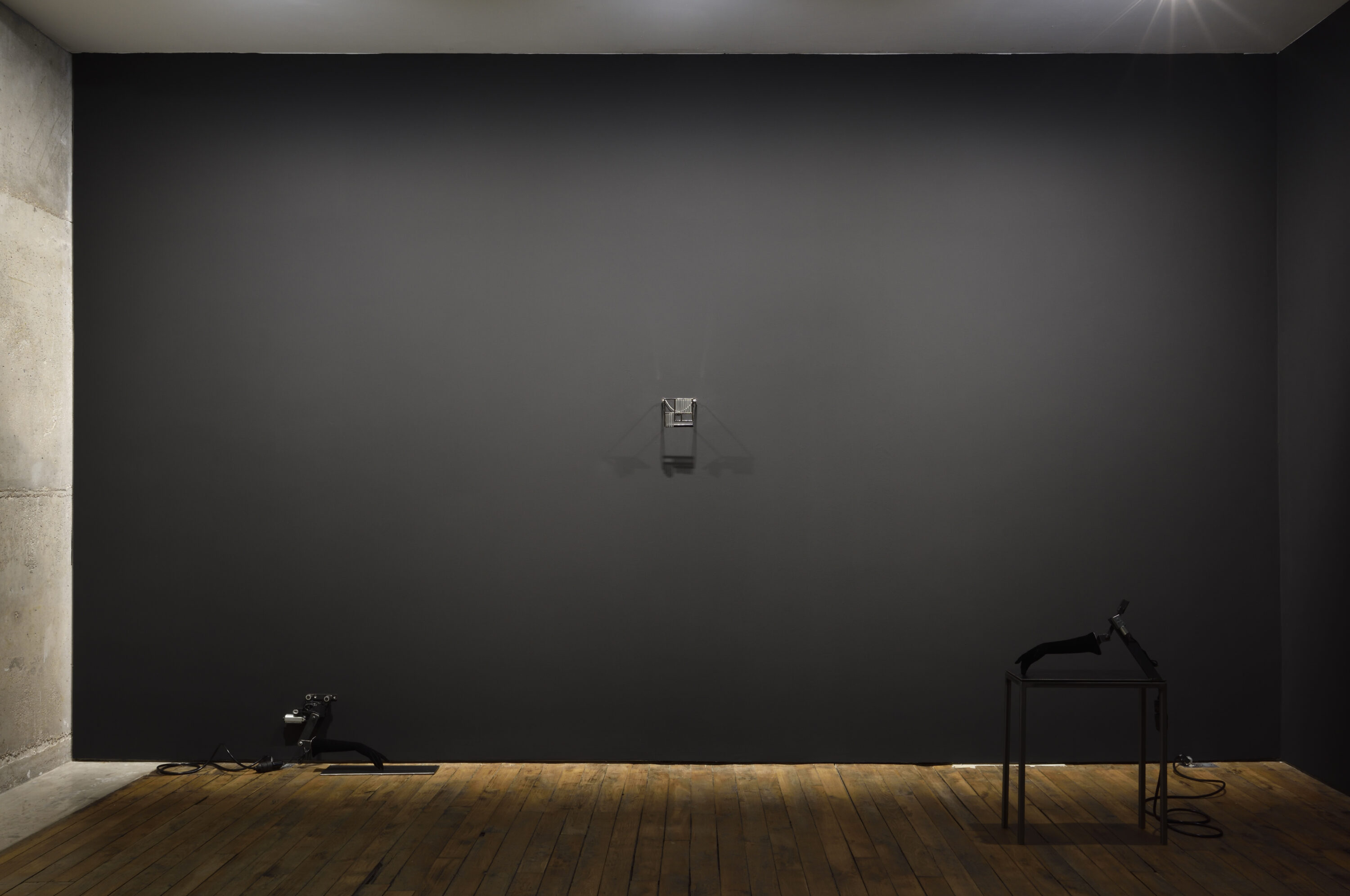 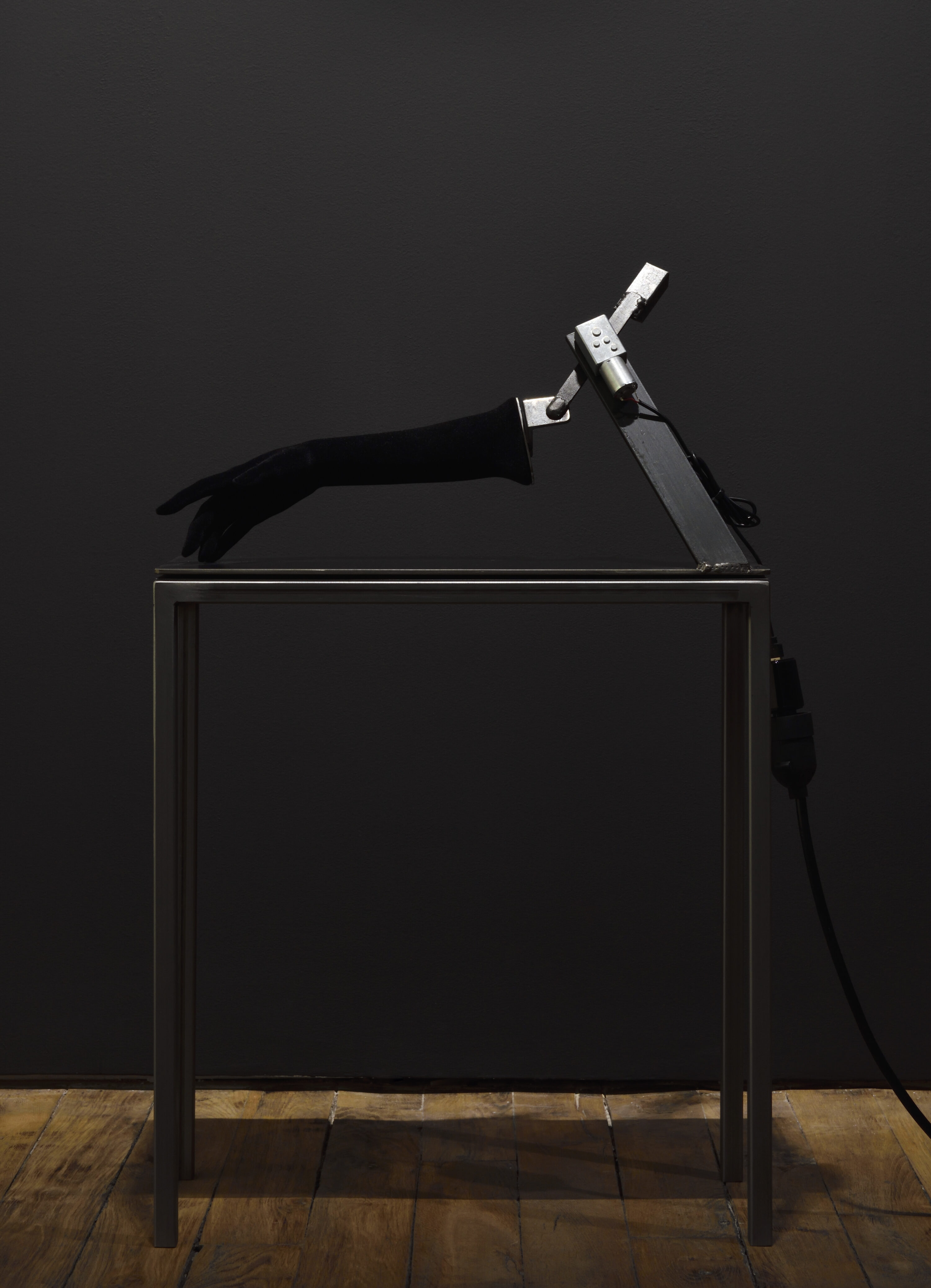 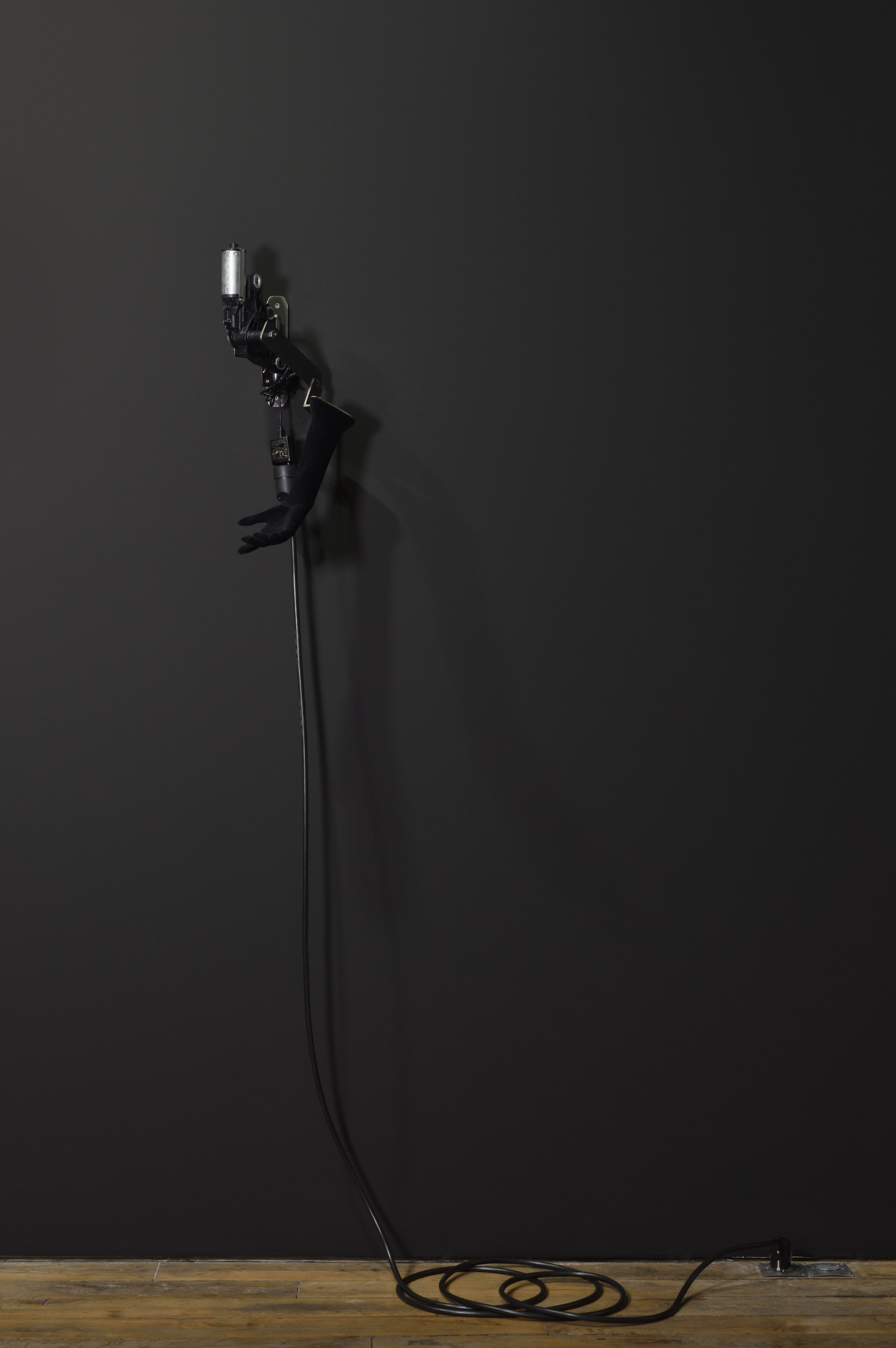 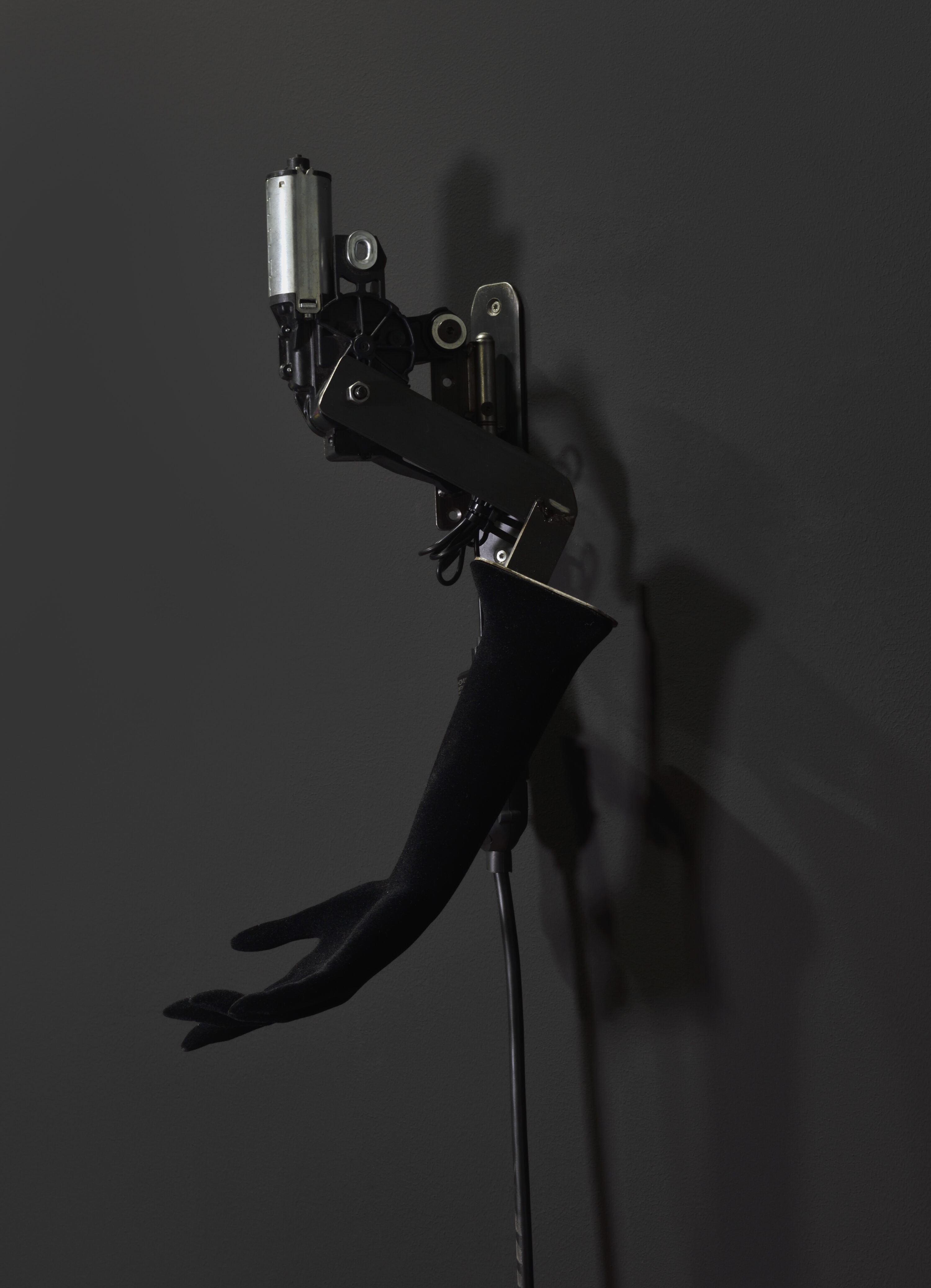 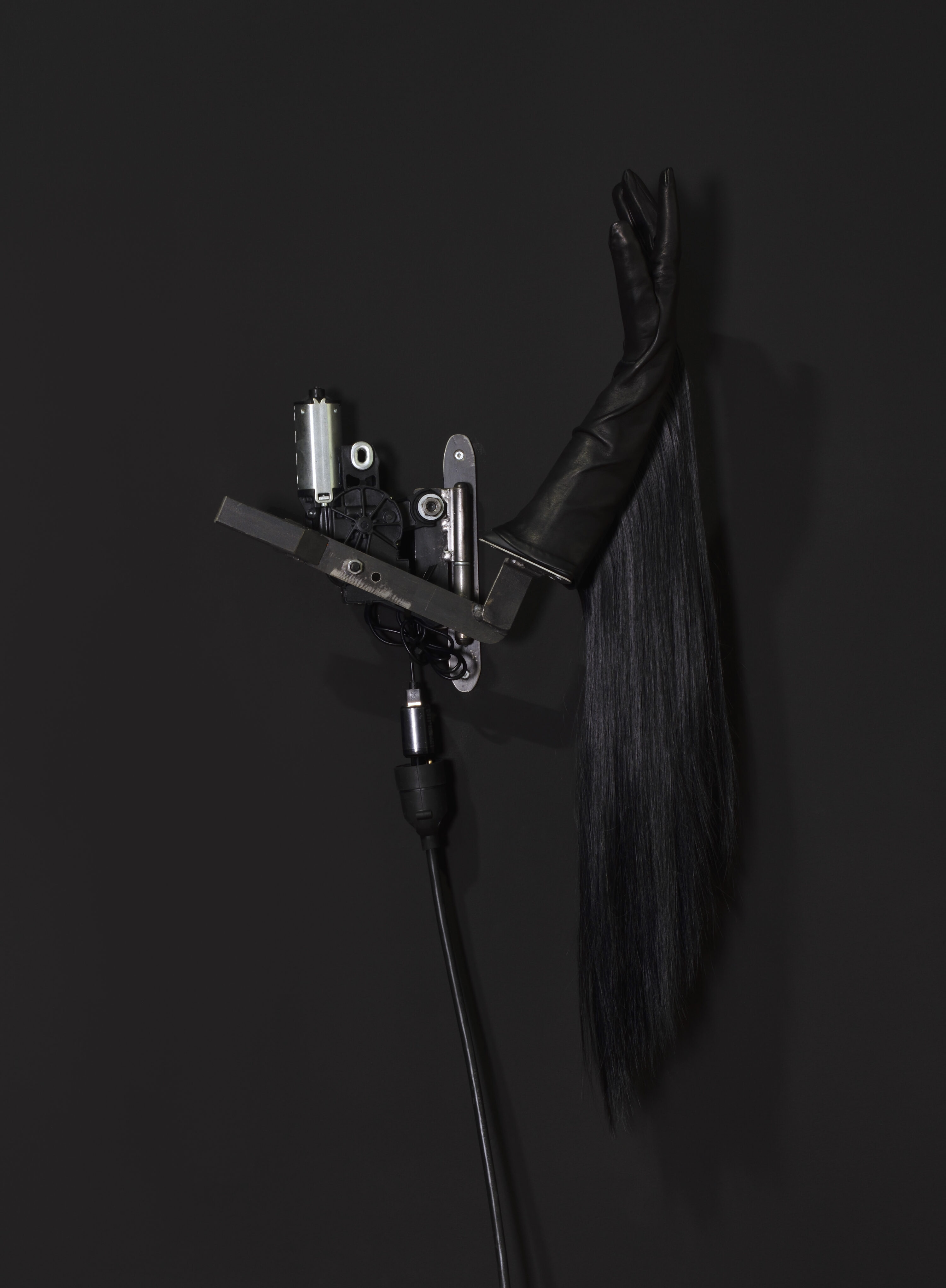 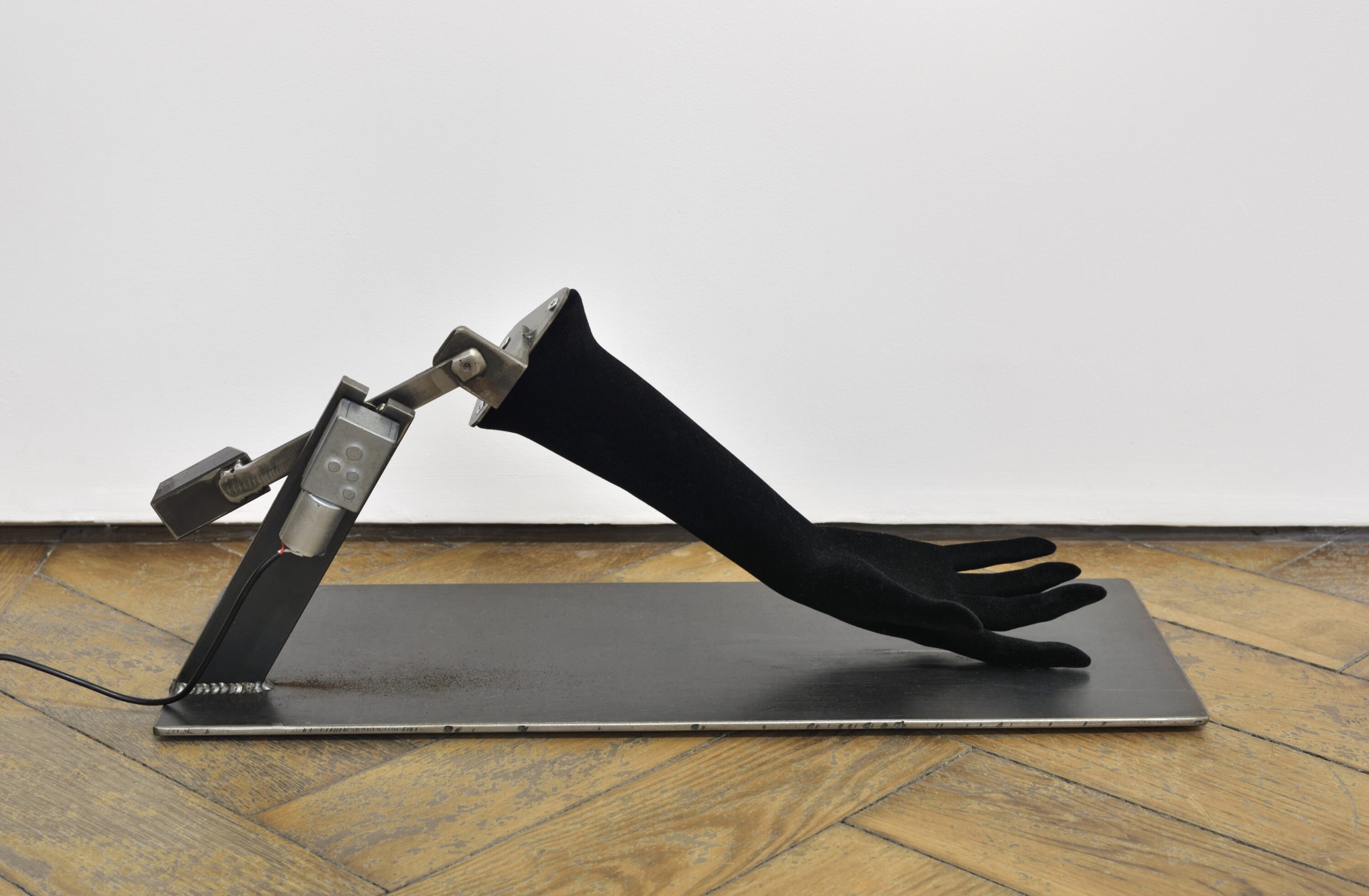 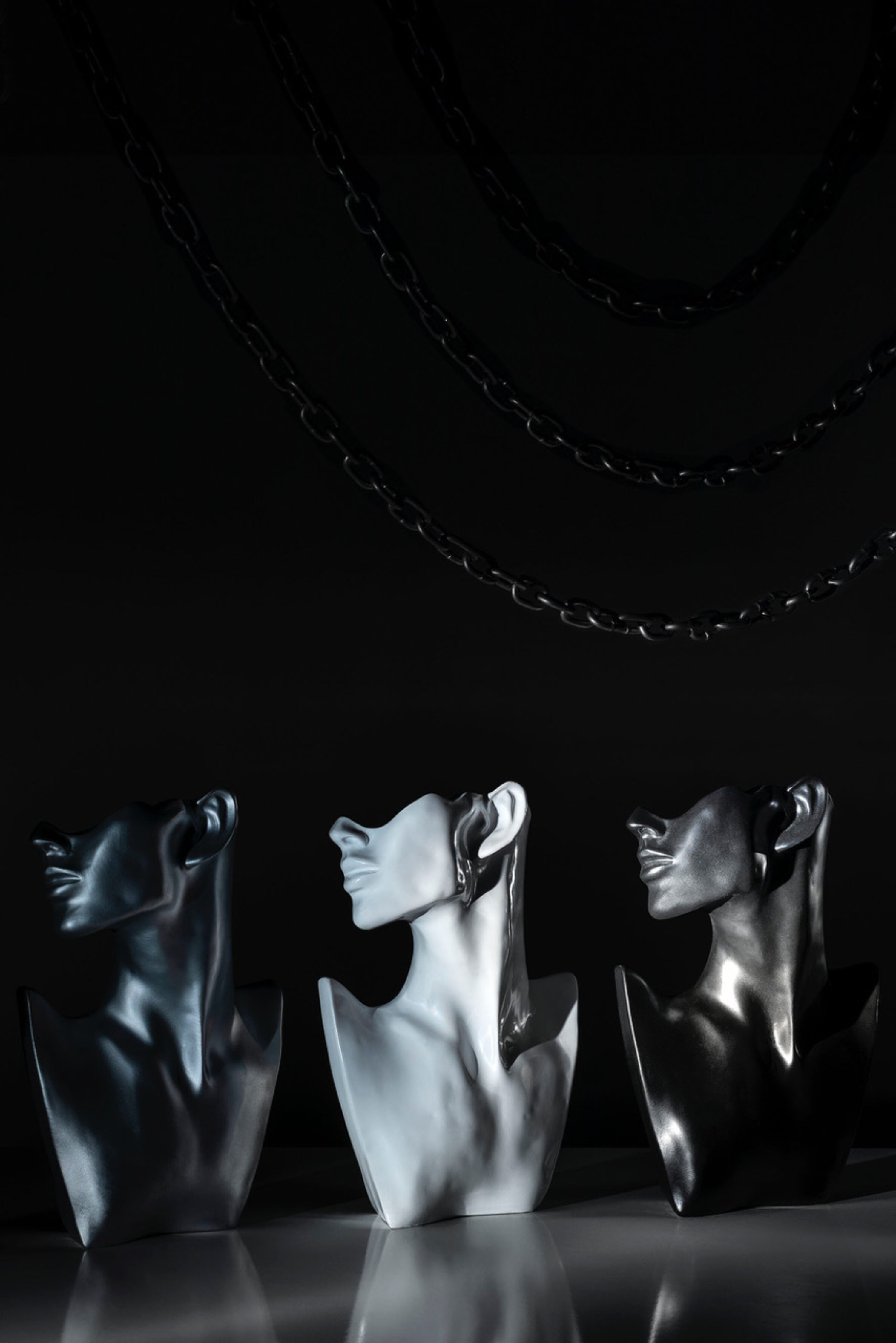 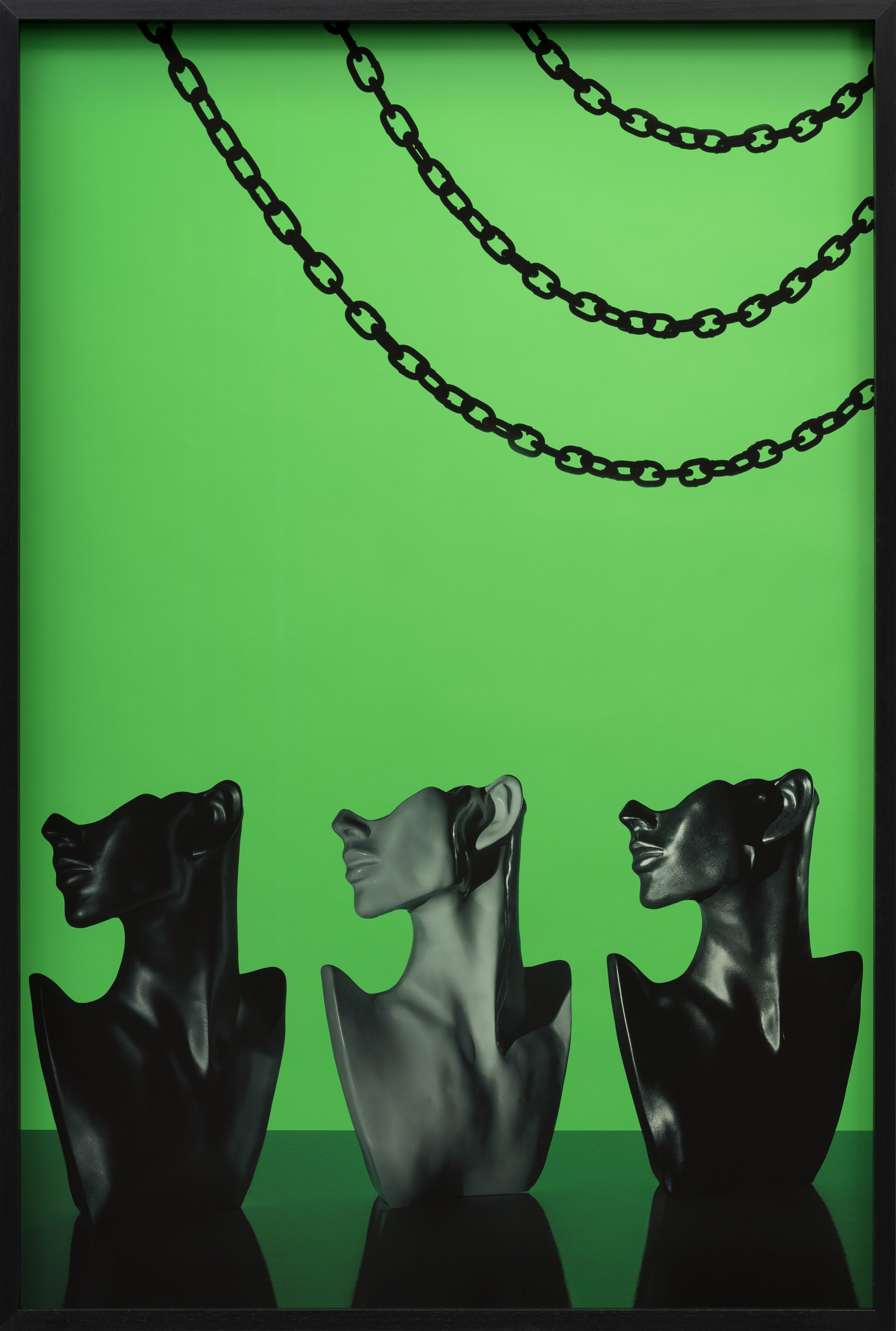 Anna Franceschini - THIS PLAY IS A SHADOW PARADE, 2020 Enquire 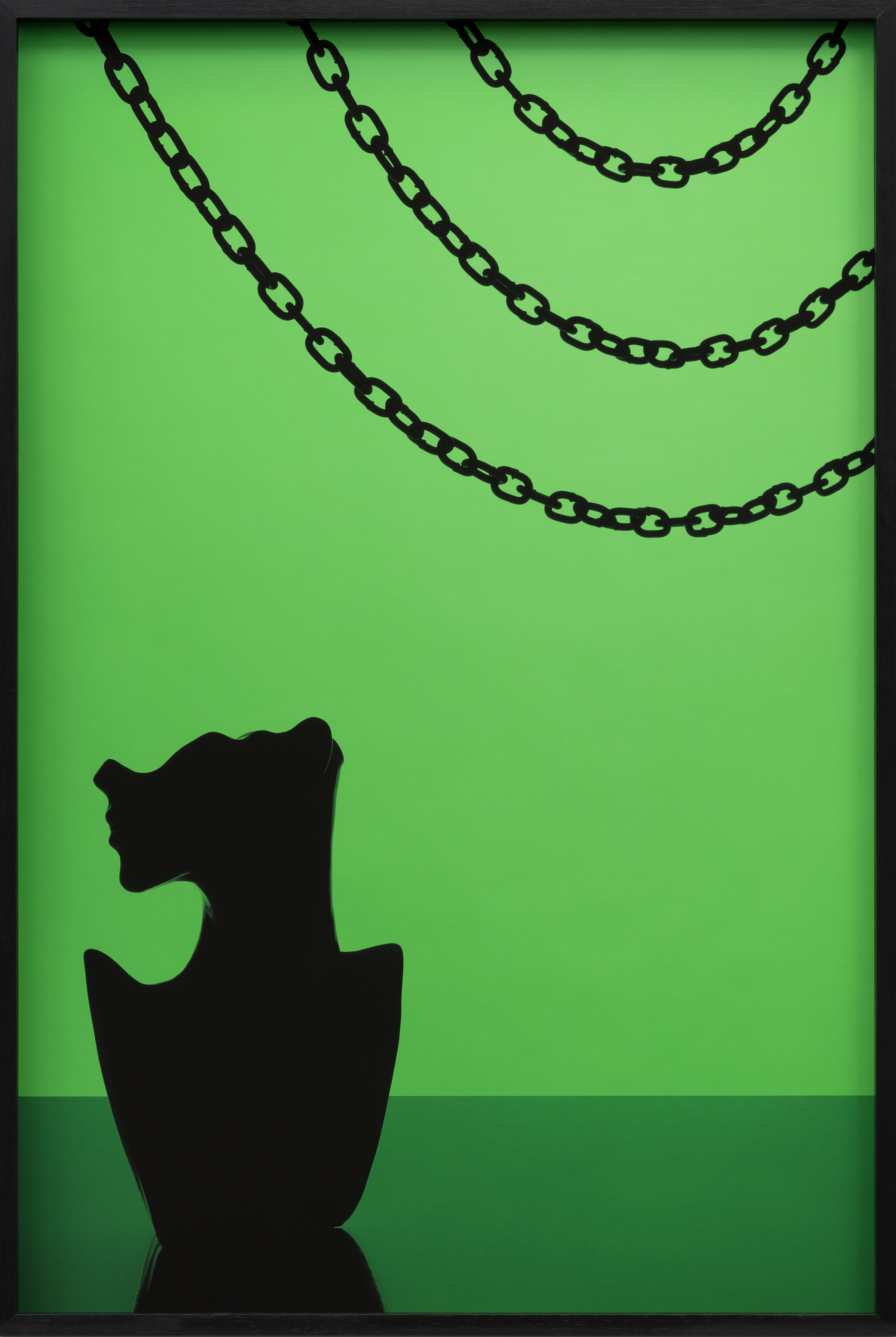 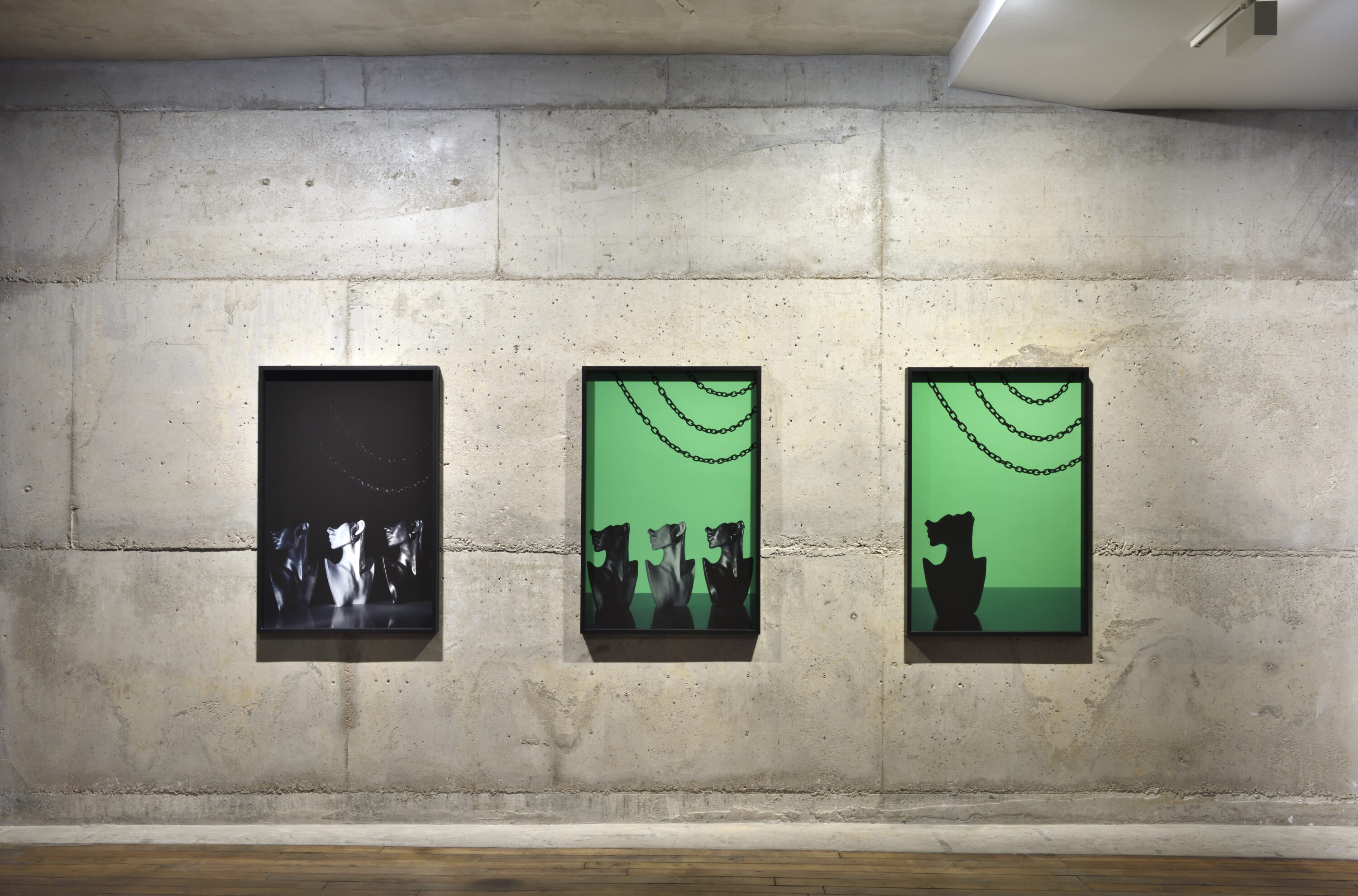 Anna Franceschini (born in 1979 in Pavia) studies objects, artifacts, commodities and modes of exhibition, in order to rediscover their role and configuration within the aesthetics of capital, through a continuous research on sculpture and moving images, as well as performances and installations.

Her videos and films have been presented in several festivals, including: Rotterdam Film Festival, Locarno Film Festival, Turin Film Festival, Courtisane in Ghent and Vilnius Film Festival. Her work has been the subject of solo exhibitions organized by: Kunstverein Duesseldorf; Spike Island, Bristol; Museion, Bolzano; Fiorucci Art Trust, London; Almanac, London; KIOSK, Ghent; Vistamare Milan/Pescara; Vera Cortes Galeria, Lisbon; Almanac, London. The artist participated in the Quadrennial of Art in Rome in 2020. Her group exhibitions include: Salzburger Kunstverein, Salzburg; HFKD, Holstebro, Campoli Presti, Paris; Witte de With, Rotterdam; Istituto Svizzero, Milan-Venice; ICA, Milan; CAC, Vilnius; Kunstraum, London; The Breeder Gallery, Athens; Matadero, Madrid; MAXXI, Rome; Villa Medici, Rome. In 2017, she won the Italian Council Grant, promoted by the Ministry of Culture. In 2019 she directed the short film BUSTROFEDICO, a special project for the Italian Pavilion at the 58th Venice Biennale. She is a Pollock-Krasner Foundation fellow for the year 2022. Her work is included in the institutional collections of the Centre Pompidou in Paris, the Abbatoirs in Toulouse, the MAXXI and MACRO in Rome, and the GAMeC in Bergamo.

Anna Franceschini holds a doctorate in visual and media studies, writes regularly for art, film and visual culture magazines and has held seminars in institutions, academies and universities. The artist also teaches at the IULM University in Milan.

Please note that the availability of the works might be subject to change without prior notice. For enquiries please contact cardin.elena@campolipresti.com