Campoli Presti's third entry of Logbook is dedicated to the work of Sarah Charlesworth. Unwriting features a selection of works from the artist's Modern History series (1977-79), and the artist's essay about the works, which addressed the ways in which information is presented and shaped in mass media. By using a systematic method of removing text and leaving images and some titles uncut, its content leaves room for indetermination and can be constantly re-read. An eclipse's mysterious movement across the sky, an anonymous masked combatant or aimless religious gestures can be reconsidered from a present perspective. 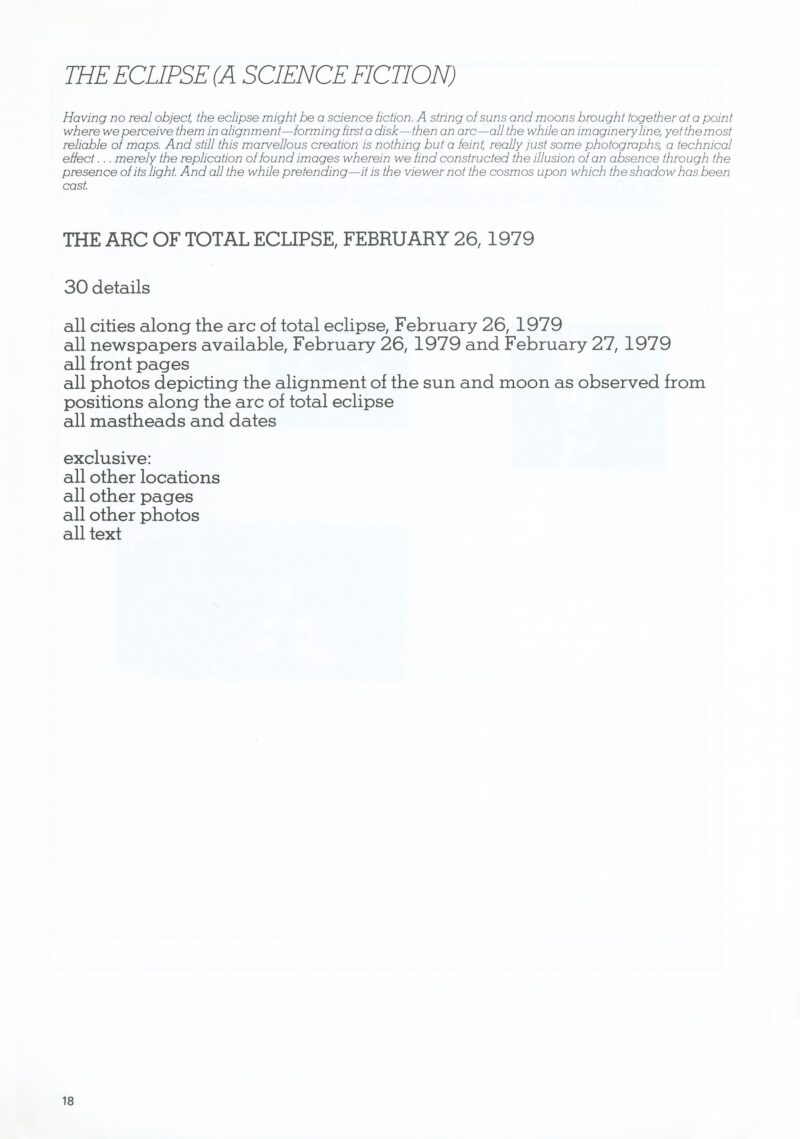 The Eclipse (A Science Fiction) 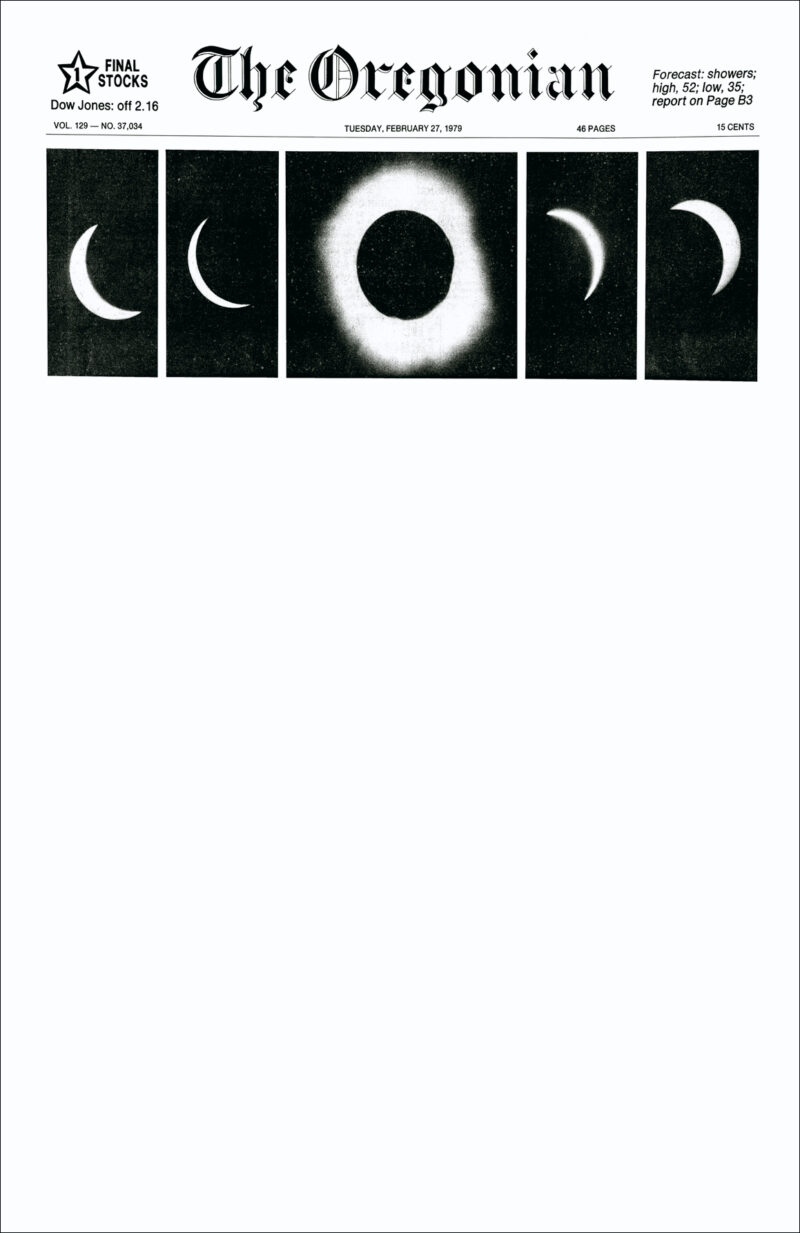 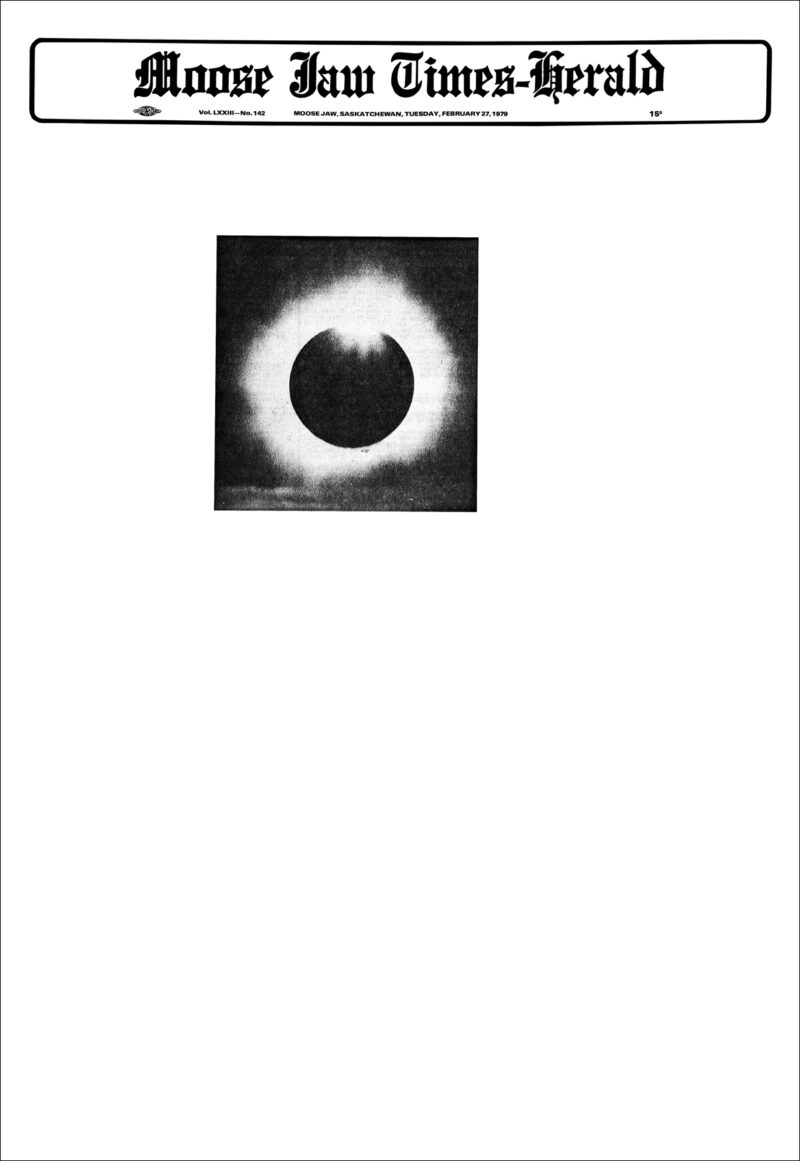 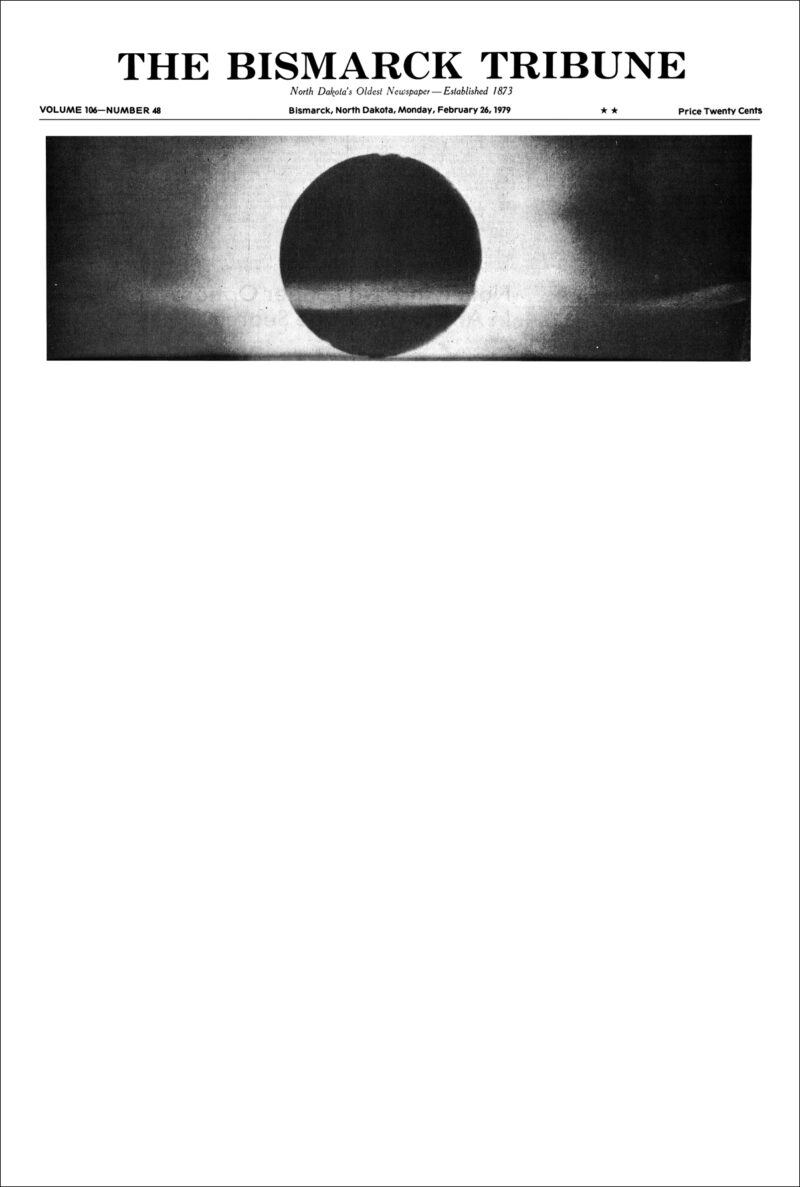 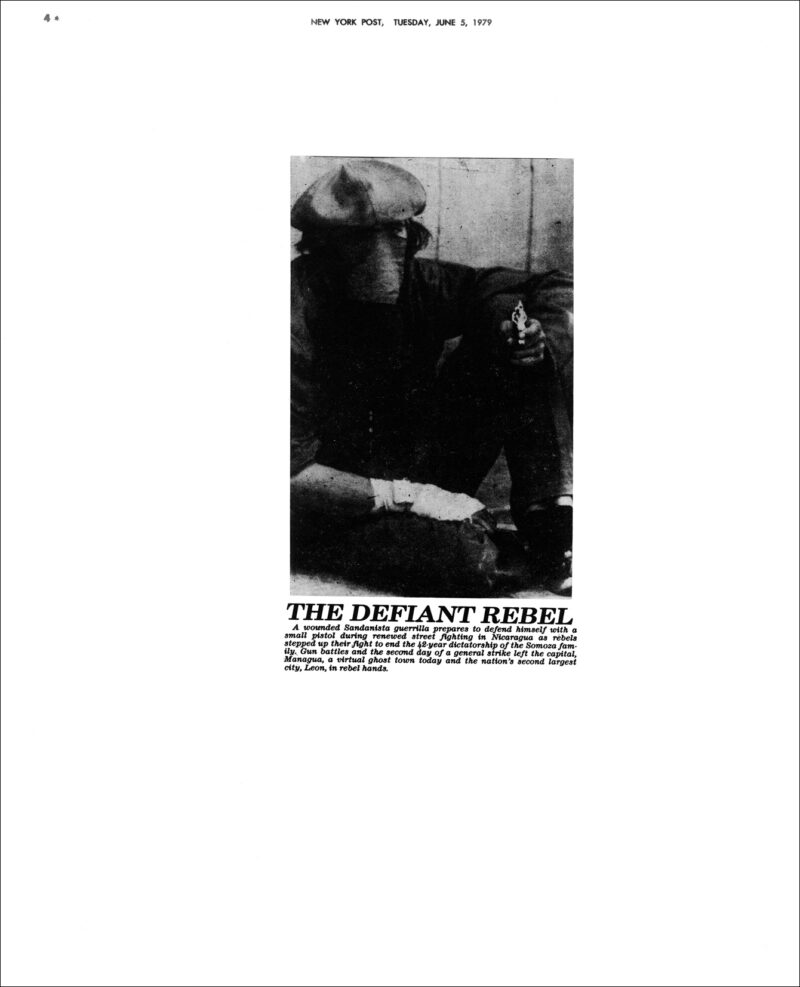 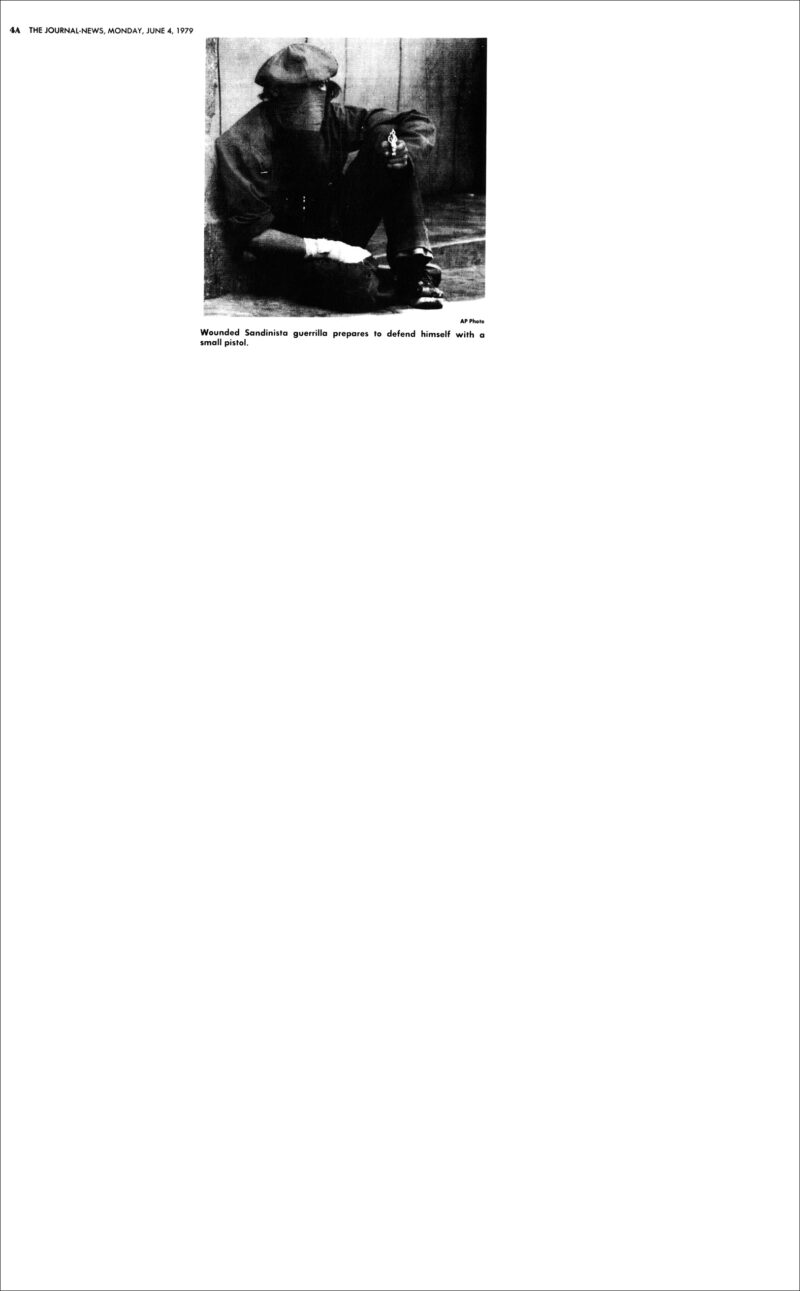 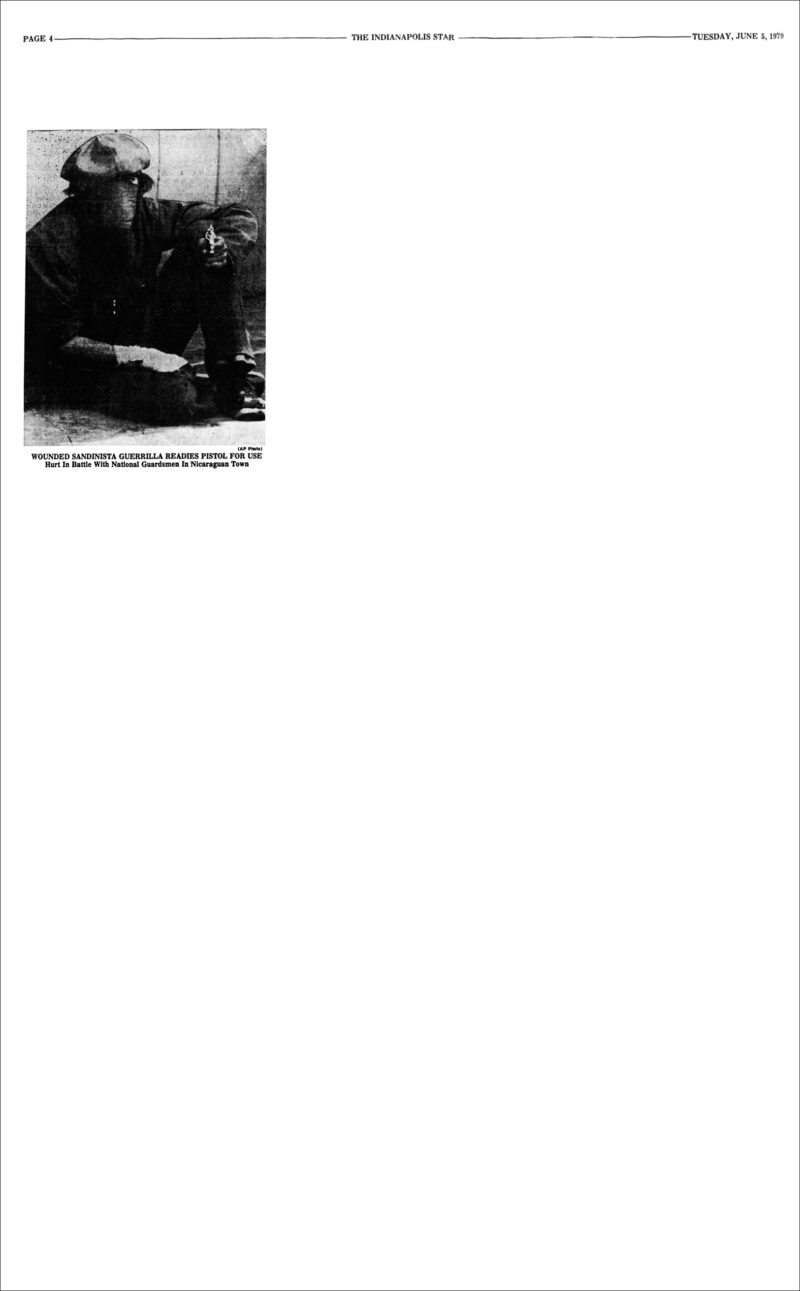 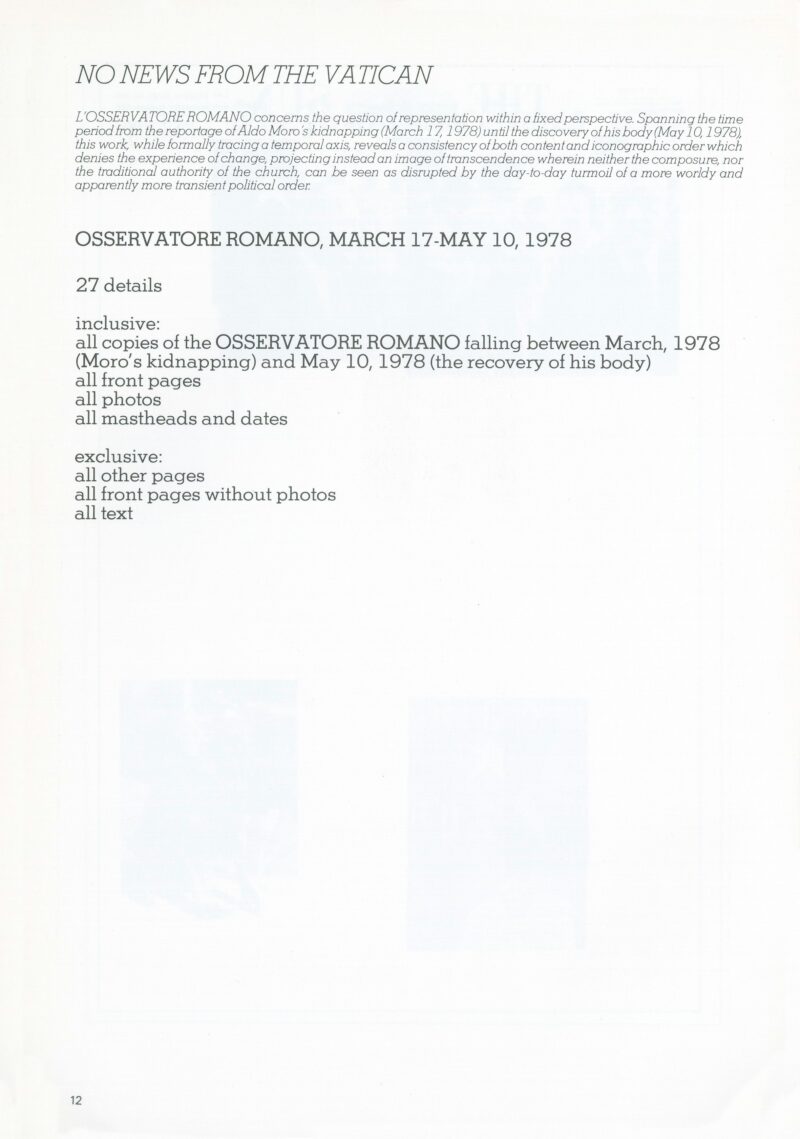 No News from the Vatican 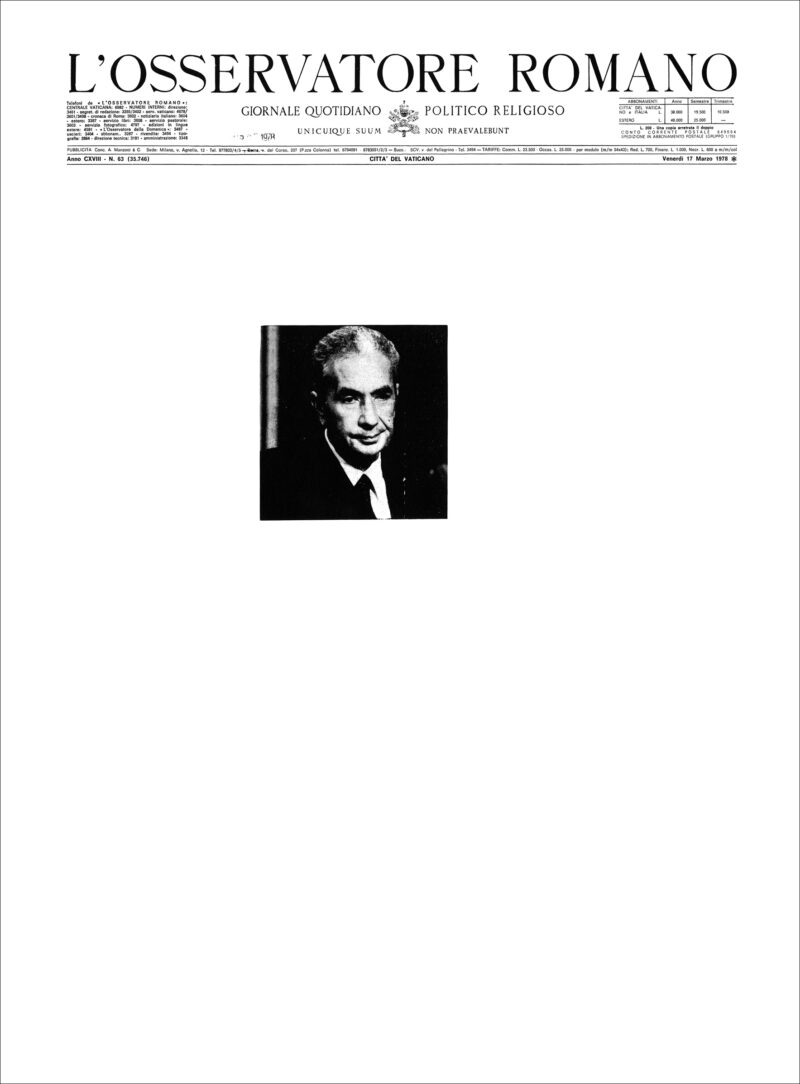 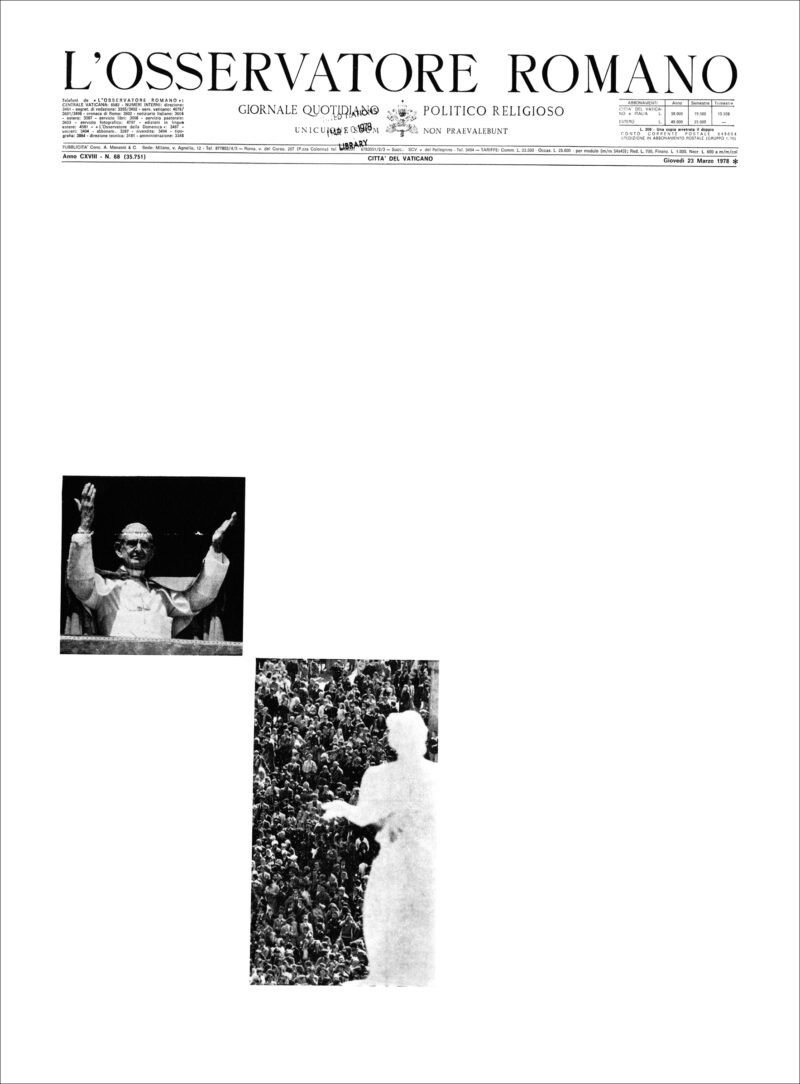 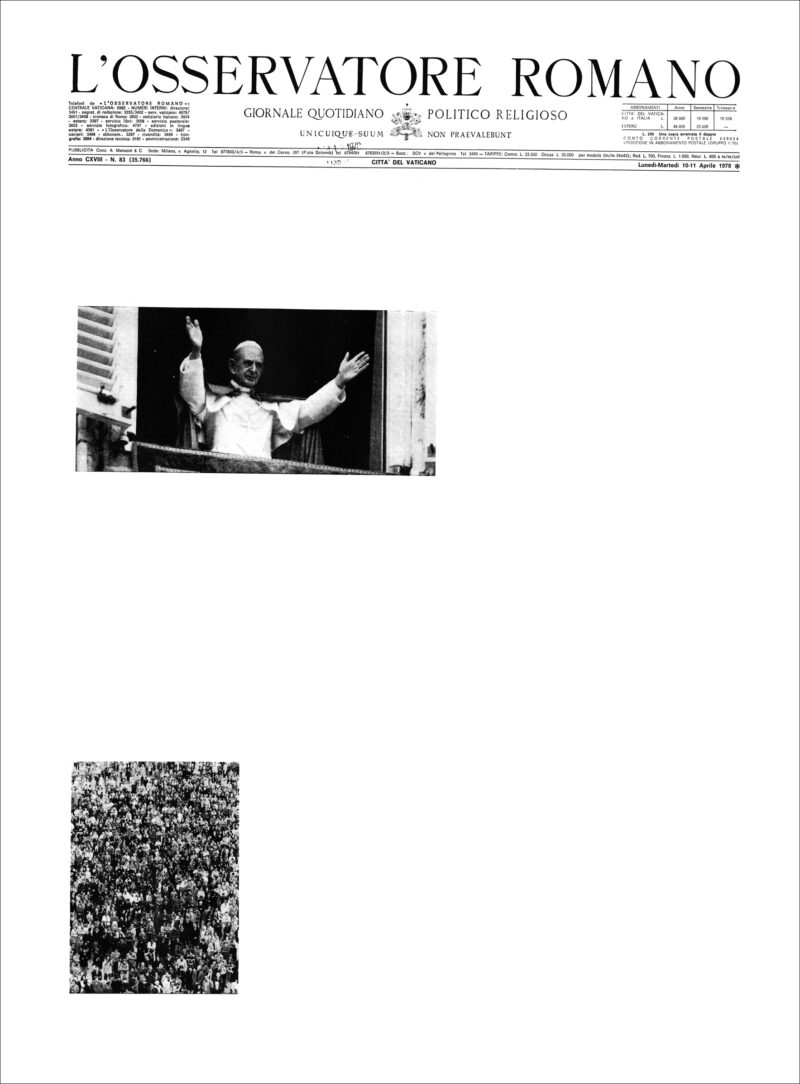 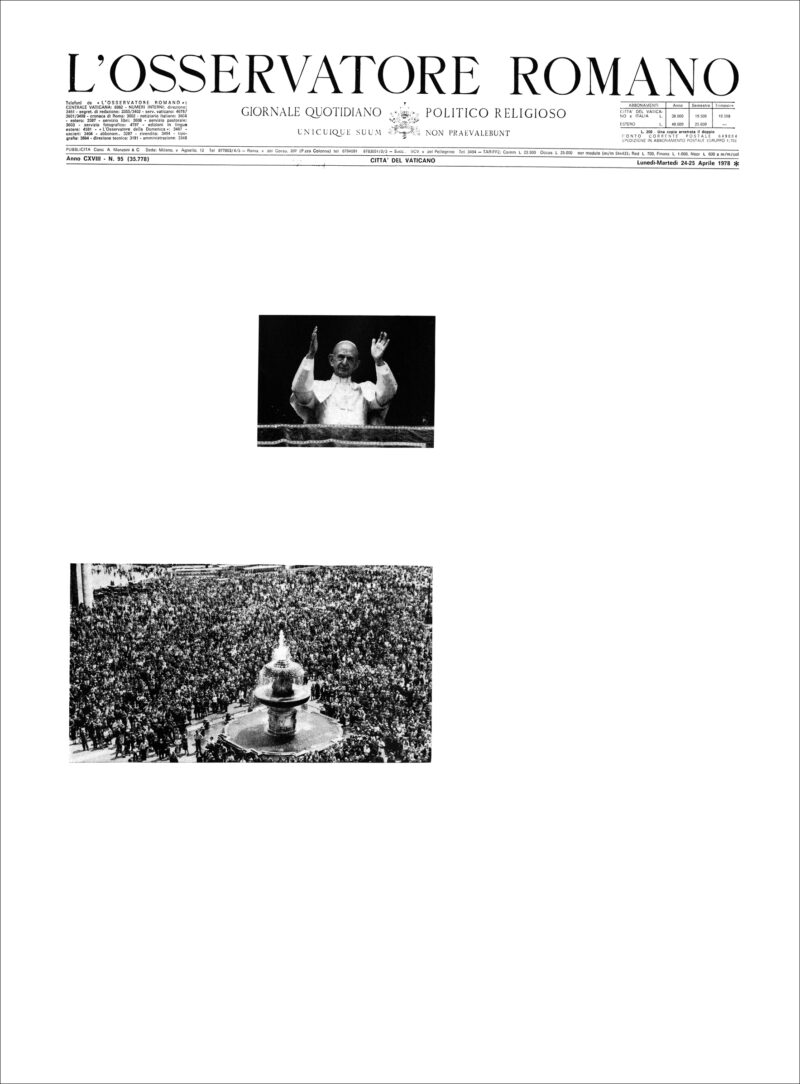 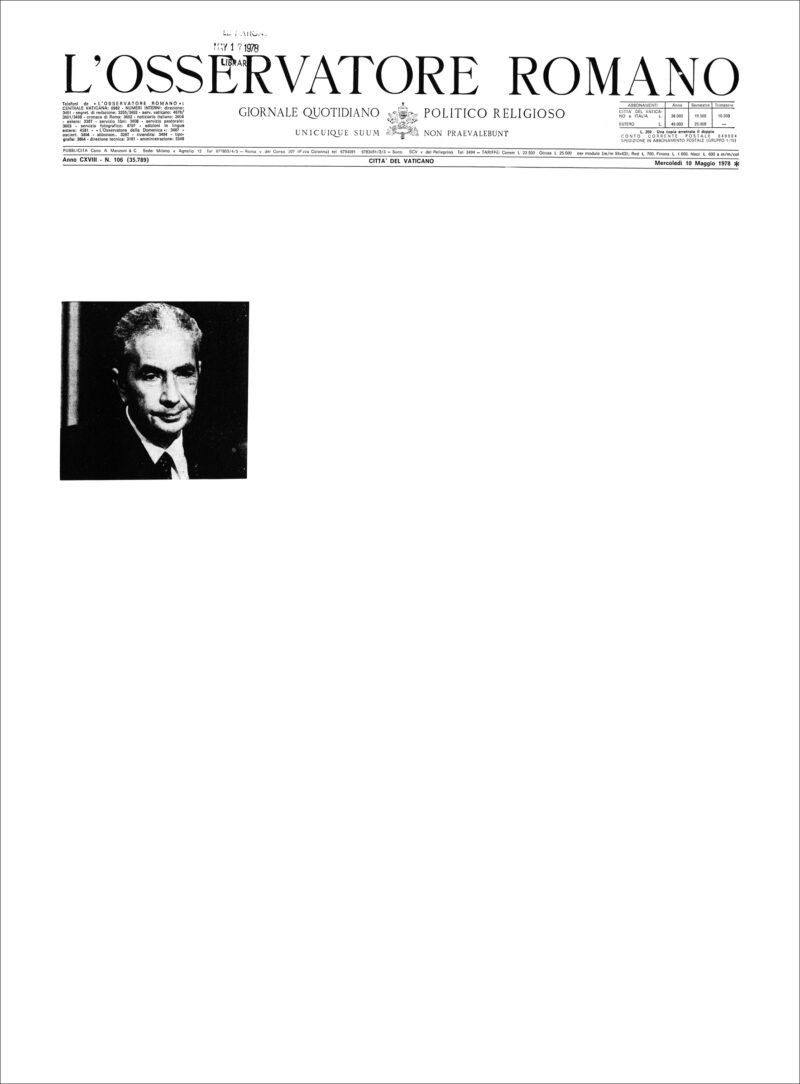 The problem of unwriting is for me a far more interesting challenge than that of writing, positioning myself through the use of written language. I am taking recourse to language here, not so much out of a sense of failure of non-language to 'speak', but rather out of a sense of the presence of language hovering about the figures I inscribe. This being the case, it is perhaps more misleading to deny that presence, than to seize hold of it, engage it as a conjuring device...

The visual materials which comprise the primary text of this catalogue are reproductions of single "details" of larger works, usually comprising a number of textual reproductions whose selection and edition describe a figure at once 'imaginary' and 'objective'. Imaginary, in the sense that they position us in a hypothetical or imaginary perspective; objective, in that they are constructed of actual concrete objects (newspapers, photos­ - texts) which I have found and whose formal order I have maintained. Only through systematic selection and deletion, the shifting of the plane of focus, are original texts re-animated, characters resurrected and called upon to tell another tale. While the internal integrity of each reproduction is faithful to its referent text (in terms of scale, size, placement on the page), and the selection, deletion, of text consistent within any given work as a whole, the figure so described varies from work to work-depending on the particular constraints which the exploration or articulation of any given problem implies.

The question of locating a photographic 'subject' distinct from its 'representation', the power of an image distinct from that of its context, exists primarily as a problem of language. To encounter language itself - visual, graphic, literate, contextual - is to experience one's self the subject, positioned. The question of the position of the subject begins then with my experience, the experience of a codified relation to an absent event ... through the media context, through the ordering of its surface, through both written language and photographic analogue, the experience of being acted upon, being called upon to observe, to participate ... in the rhetorical manifestations of power.

In this case, power can be viewed - not so much as it is represented - but as it asserts itself through the visual and literary text itself. I am concerned with that which is actual...This means an engagement with text, not only as it 'stands for' an absent world, but as it projects itself into the physical and conceptual space which I inhabit.

To re-frame is of course to re-present that which I have seen ... to re-present the process by which vision projects and transforms itself: to engage in the struggle to discover that which is absent, obscured from our vision, through an encounter with that which is manifest, given. In these works I am concerned not so much with that which lies behind as that which asserts itself through images...the history, the force, which exerts itself through their particular and systematic usage, in the immediate yet expanded world we see as our context.