"A Quarreling Pair," a play by Jane Bowles, staged by Nick Mauss, and starring Deborah Eisenberg and Lynne Tillman

I made these puppets in my kitchen at the start of 2017 using whatever I had on hand: left-over plastic bags, papier mache, a bit of mesh. The puppets represent two sisters—Harriet and Rhoda—in Jane Bowles’ 1945 puppet play ‘A Quarreling Pair’, which Negar Azimi had invited me to stage on the occasion of an evening at Artist’s Space celebrating the Library of America’s publication of Bowles’ collected writings. Following Bowles’ stage directions, I built a folding teatrino that I was able to squeeze into a taxi and bring to Artist’s Space: “The puppet stage should have a rod or string dividing it down the middle to indicate two rooms. One puppet is seated on each side of the dividing line.” Lynne Tillman and Deborah Eisenberg read the parts of Harriet and Rhoda, while Harry Burke and I did our best to animate the puppets’ existential discourse across the dividing line.

RHODA: I’m so tired of being sad. I’d like to change.
HARRIET: You don’t get enough enjoyment out of your room.
Why don’t you?
RHODA: Oh, because the world and its sufferers are always on my mind.
HARRIET: That’s not normal. You’re not smart enough to be of
any use to the outside, anyway.
RHODA: If I were young I’d succor the sick. I wouldn’t
care about culture, even, if I were young.

In the climactic struggle over a glass of milk between Harriet and Rhoda, Harry and I flung the little dixie cup of milk out of the proscenium, where it splattered all over the first row audience, sullying Fran Lebowitz’ Timberland boots. 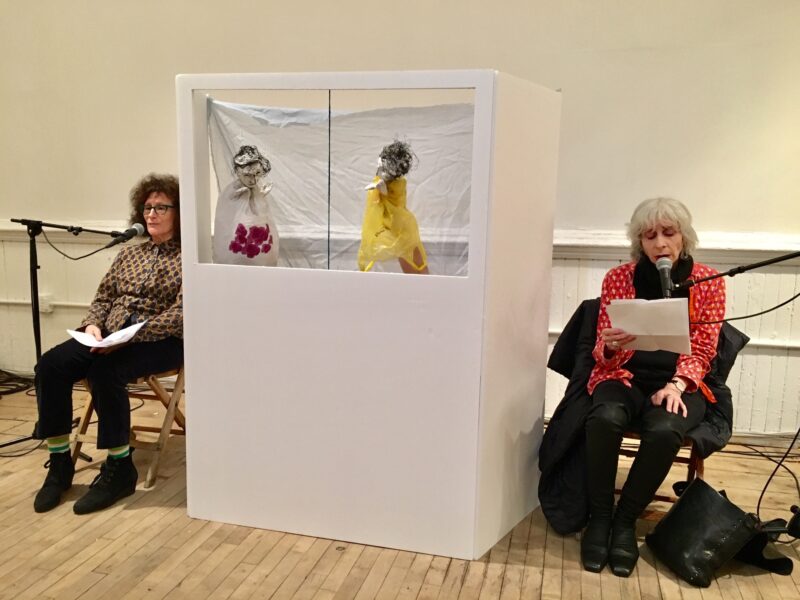 "A Quarreling Pair," a play by Jane Bowles, staged by Nick Mauss, and starring Deborah Eisenberg and Lynne Tillman 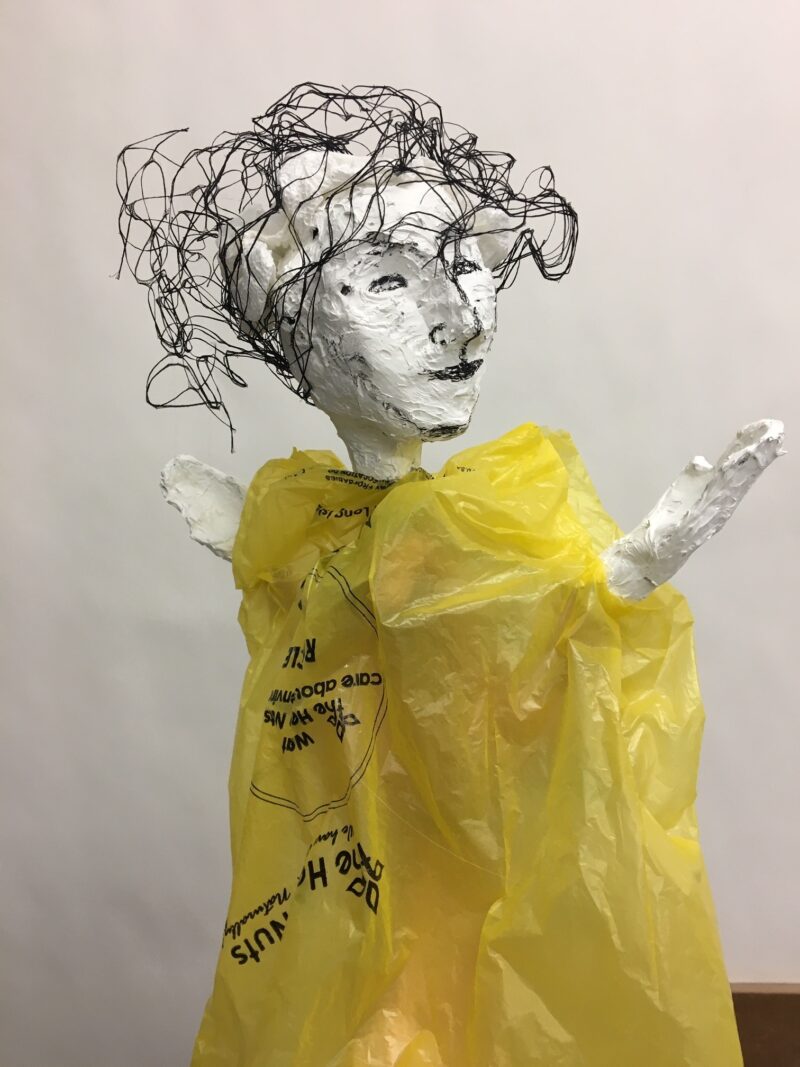 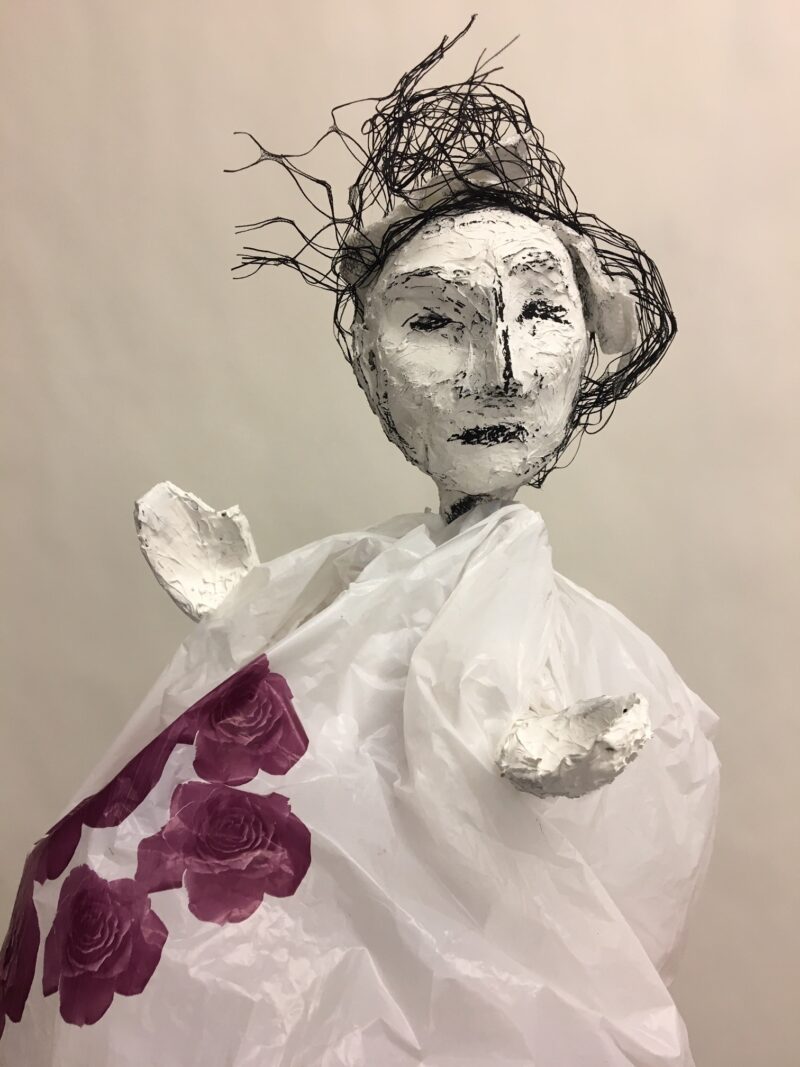