Sutton Lane is pleased to announce the first solo exhibition in London of Nora Schultz.

The zero is the left over of the Countdown Performance and was used as a tool for the Perspective Drawings, further it is providing the Corner Panorama.

The Extendable Black Plate can be extended from 1 up to 4 meters and shortened back.

Block Letters depend on a wall to lean on

The image of the Red-Faced Makake was constructed through manipulating the light that exposed the photo paper; a process that resembles to the production and aesthetics of a drawing or a painting. It is not a monkey that either keeps its eyes, its ears or its mouth shut.

The red-faced makake is a monkey that got famous by its recent anarchist take-over of civilization. There are photographs called Material Replacements

Two parrots were looking through a 3d postcard. When the card was bent, a third parrot appeared in the background telling the others Don’t Trust What They Teach You. Quickly, a photo was taken.

Nora Schultz has used in her work found material like newspaper articles, scientific drawings, „Ida“ from Gertrude Stein and a survey of fists symbolic of revolutionary momentum, to observe the transformation which occurs to language and narration when it becomes incorporated into material forms. possibly opening up the space of language and altering it through its conversion into other material forms, other carriers of information.

She is concerned with questions, how language, narration, fixed language form can, by being transformed in materiality break the authorities of its grammar forms or can enlarge the form of these language codes by the use of external materiality and become a more free floating form of thought, which gets altered during production and materialization process.

In her present exhibition Zero Ruler she includes photos of a performance she made together with Ei Arakawa last year at Galerie Meerrettich, Berlin, focusing on the motif of the countdown as a tool, where the grammatical form of the past tense is a form of narration referring to when something began and when it ended. So it is a way to describe this remote and time related event, without providing documentary evidence of the content of the performance, which was the transformation of the Gertrude Stein text from the book to a folded metal sculpture.

Consequently Nora Schultz abandons in the other parts of the exhibition the use of found material referring to a remote content but instead she describes modes of narration in a more self evident mode within the given material of grammar, rules and material limitation. Forms still retain some of their inherent monumentality, but interventions and interferences become conceivable. 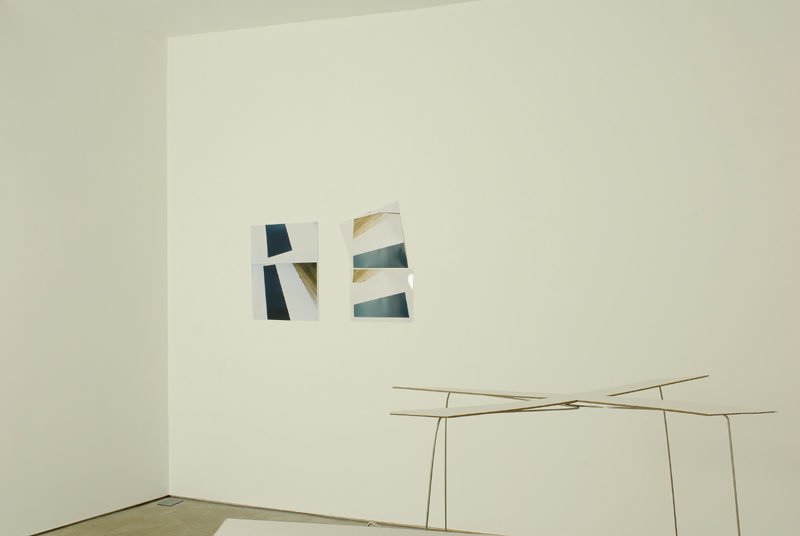 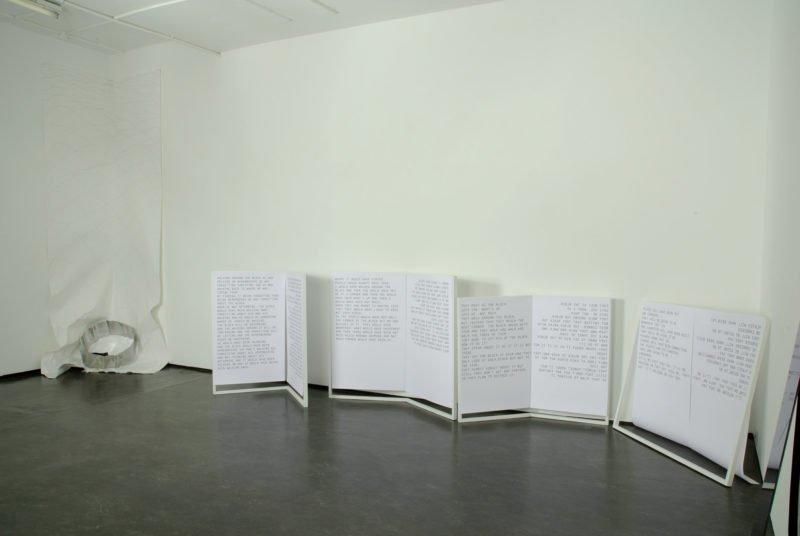 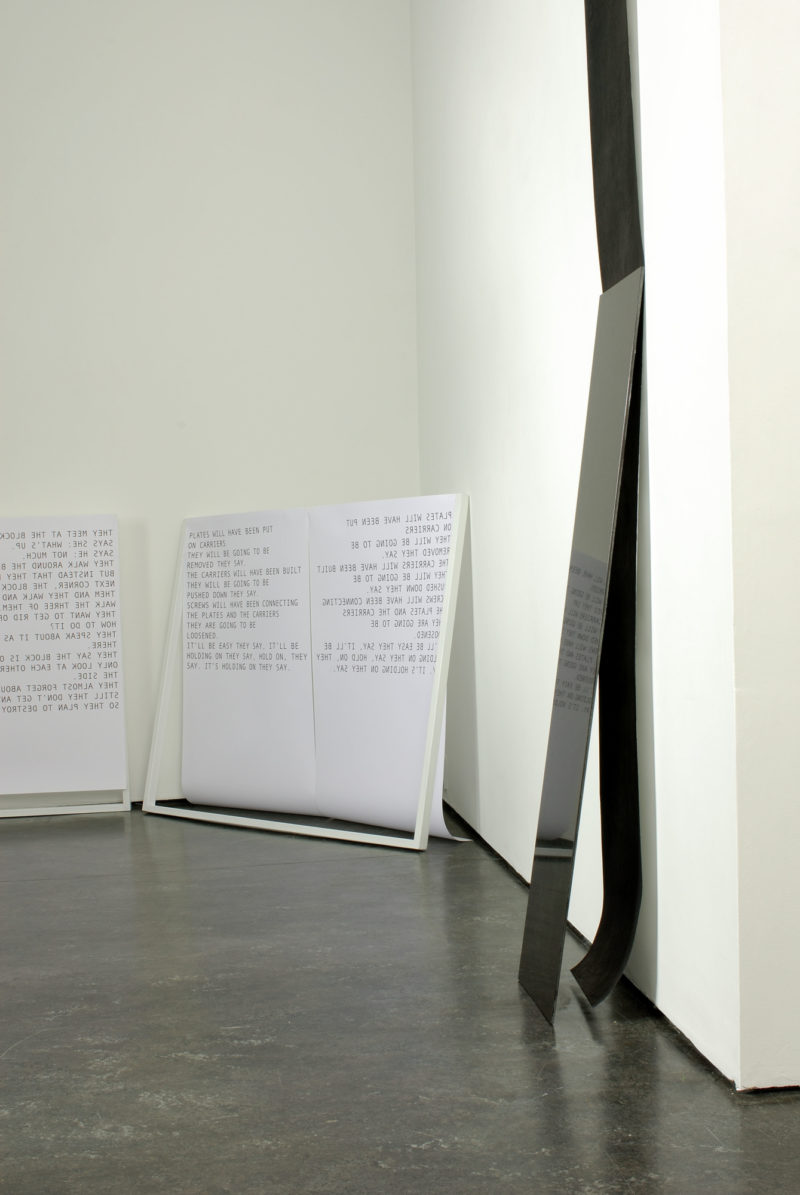 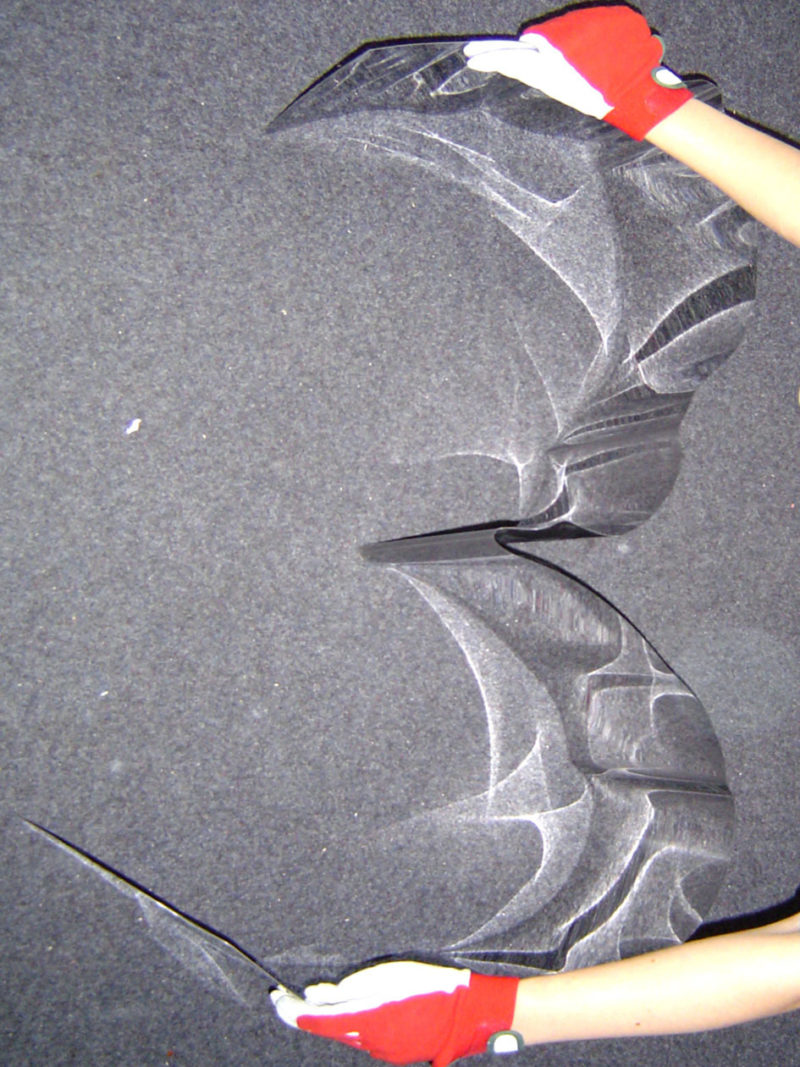 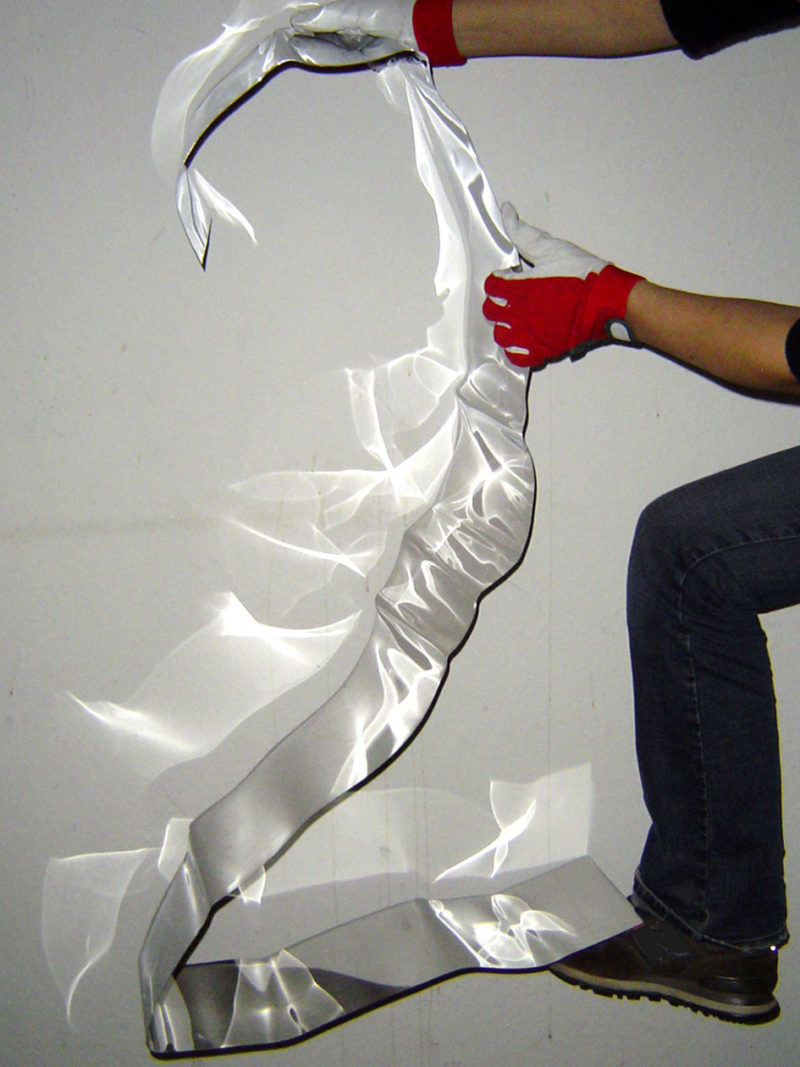