Visibility, for the purposes of this particular exhibition, concerns not just visual data but also the recognition of that information as well. This awareness includes both an object of attention and the background against which it appears. Objects that blend into the background, however, are sometimes said to be “invisible.” Artworks all inevitably represent objects in some way. Accordingly, the primary purpose of an artwork, even the nonobjective artwork, is to establish a subject/object relationship. In this way, even what are ordinarily called “formal concerns” are freighted with ideological and political values.

The artists featured here not only point to objects, but also to the frameworks – or apparatuses – through which we recognize them. Josiah McElheny offers a barely visible, yet site specific wall drawing that registers a bank of windows within the gallery itself. Here, instead of windowpanes, the viewer confronts the wall. In contrast, Jon Kessler’s wall sculpture, Swan, aggressively montages a cut-up portrait of a young woman into a live video feed of the exhibition space – or wherever the work happens to be installed. Three photographs from Aura Rosenberg’s Berliner Kindheit series (based on Walter Benjamin’s memoir) survey various visual apparatuses: a rain spattered window, a Kaiserpanorama (a stereoscopic, precursor to cinema) and an opthamologist’s machine for examining eyes. In contrast, Liz Deschenes produced her triangular photogram (based on Herbert Bayer’s drawings of fields of vision) without the aid of a camera. Totloop, (i.e., “death loop”) a short film by Fabio Kacero and Union Gaucha Productions, seemingly inserts a corpse into public space, a figure that the public adamantly pretends not to see. Among other things, this recalls the corpse that refused to stay buried in Alfred Hitchcock’s “The Trouble with Harry.” Rebecca Quaytman’s lacquered black monochrome panel ostensibly declares that there is nothing to see... until one’s own reflection becomes evident. Within a similarly dark register, Lutz Bacher’s Edward depicts the “Twilight” star Robert Pattinson barely emerging from an all-engulfing, inky background. Dan Graham’s pavilions typically cast the viewer as the work’s subject and object. Here, Graham’s model for one such pavilion creates a stage from which viewers might regard themselves and others.

Taken together, these various works suggest a self-reflexive inextricability between seer, seen and the medium through which something may become visible. Moreover, they situate this relationship within a social field, by which it qualifies as a practice. 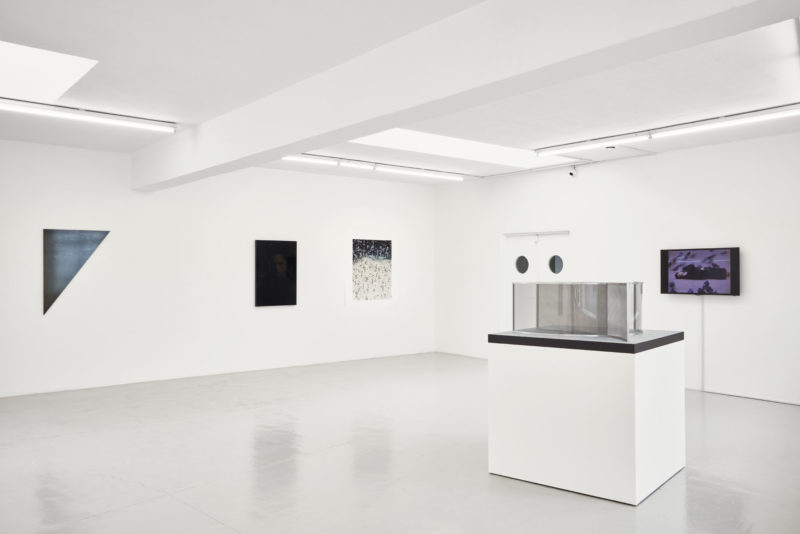 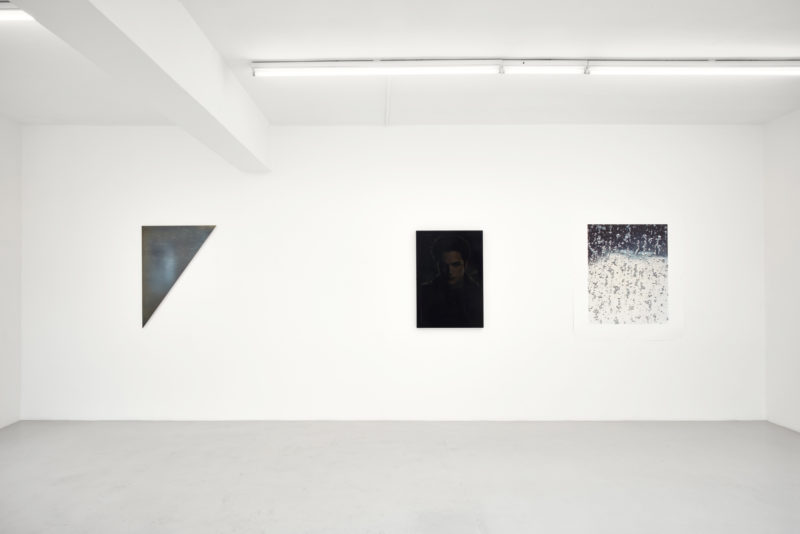 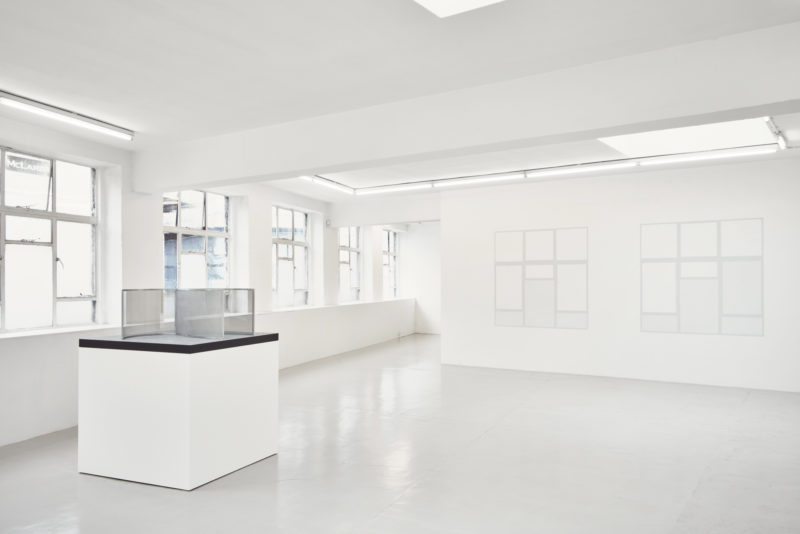 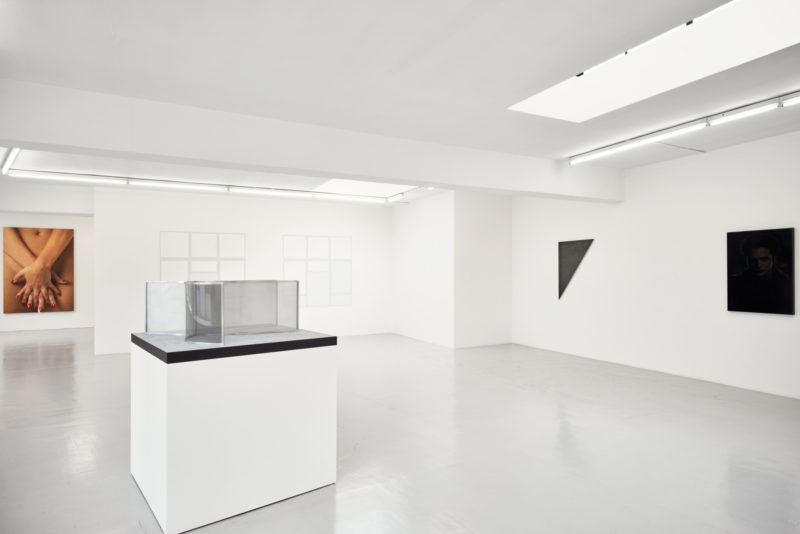 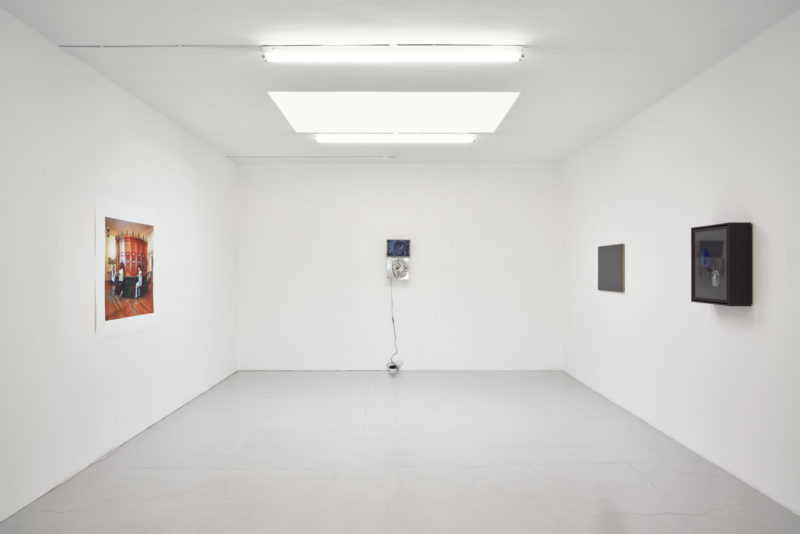 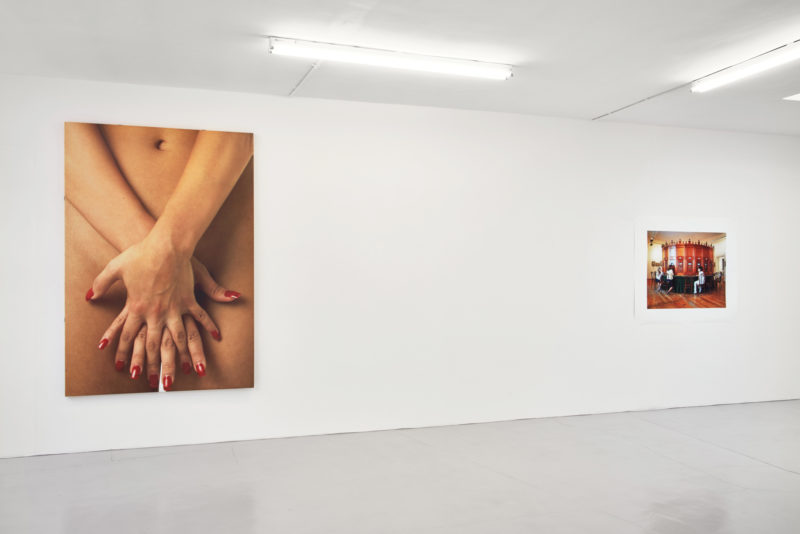 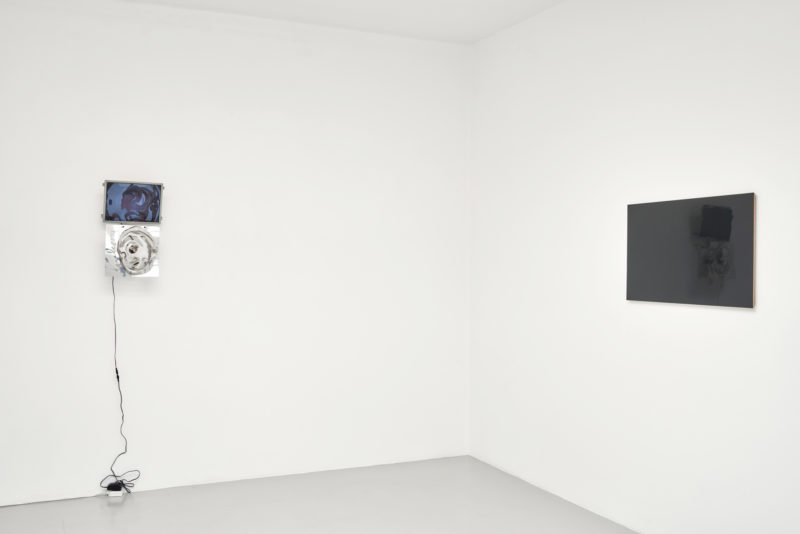