Nick Mauss exhbition: until: and then: blinding

until: and then: blinding

Campoli Presti is pleased to announce its third exhibition with Nick Mauss. Mauss’ porous approach to drawing as an expanded form of encounter fuses peripatetically to other possible formats, including sculpture, publications, performance, curated exhibitions, and writing.

In until: and then: blinding, Mauss uses the street level and 3rd floor spaces of the gallery to consider the space between drawing and ground, and between gesture and the gaze.

In the video The Moment the shadow of a hand draws onto the frosted plane of the camera’s field of vision. Inchoate lines drawn in reverse begin to cohere into legibility over and over again. The video is projected onto a mirror near the gallery’s ceiling, where the image appears like a hologram leaving traces, before casting the reflection onto the wooden floorboards below. Here, the process of drawing migrates from one surface to another, rendering drawing as writing, ornamentation, and forgetting.

In his essay « On Painting, or Sign and Mark, » Walter Benjamin writes, « The graphic line designates the surface and determines the latter by subordinating itself to it as its ground. Conversely, there is also a graphic line only on this ground, so that here for instance a drawing which would completely cover its ground would stop being one. The ground attains thereby a position which is indispensable for the meaning of the drawing, so that within the graphic two lines can determine their relation to each other only relative to their ground. »

Reverse glass painting, also known as verre églomisé, was popularized as a folk art technique for depicting religious subjects in 18th and 19th century Europe, and became a catalyst for German Expressionist painting through its introduction by Gabriele Münter to her circle. The lustrous effect of ornament rendered on a silvered ground was also integrated into opulent interior schemes, and reached its pinnacle in the 1930’s through the diverse styles that characterized Art Deco. Mauss’ ongoing interest in the implications of the decorative – either its devaluation as a minor, gendered form, or its utopian dimension, in the exploration of decoration by progressive movements – undermine the division between applied and fine arts. As Mauss recently stated in an interview with João Ribas, « I don’t see another possibility of working, outside of this constant re-orientation towards, and folding in, of multiple histories. In the way I choose to work, I foreground the process of being subjected to influences, and emphasize the shifting of these influences. I see this process of ‘seeing through’ something, or someone, as a way to address this moment. So anachronism is difficult for me. »

The mirrors in this exhibition are the result of an elaborate, delayed process that creates a distance in thinking, making, and perceiving the work, while at the same time maintaining a direct immediacy. Though at first sight the work appears to be painted onto the surface of a mirror, the painting takes place on the reverse side of the glass — under the surface, so to speak. This painted glass is covered in mirror coating, which brings its own unexpected reactions (flares, black-outs, solarizations), so that the finished painting lies within the mirror, not on its surface. Mauss came to this way of working by thinking about suspending drawing in reflected space, humming between direct perception and memory. The glass picture-plane absorbs the viewer, the space in which it exists, as well as other works within the space, and the changing conditions of light. What results is a highly reactive perceptual condition that changes with one’s position in relation to it, suggesting that a picture is not a contained, stable incident, but a system of relationships in which everything is unfixed. 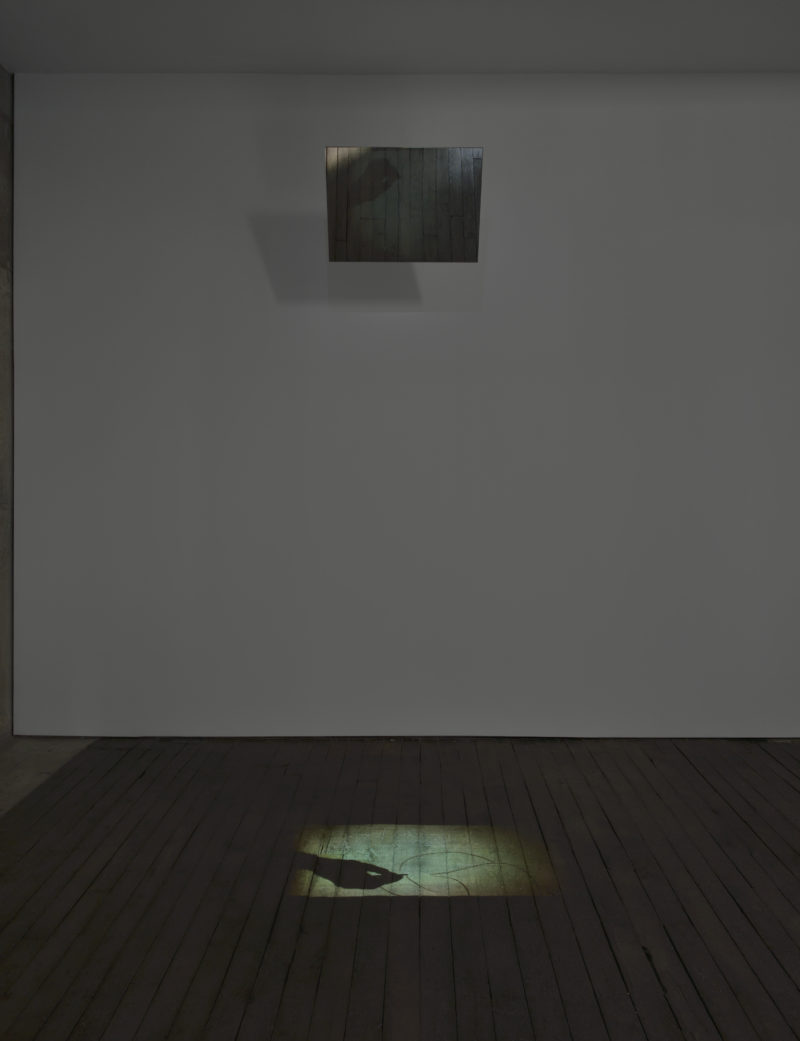 until: and then: blinding 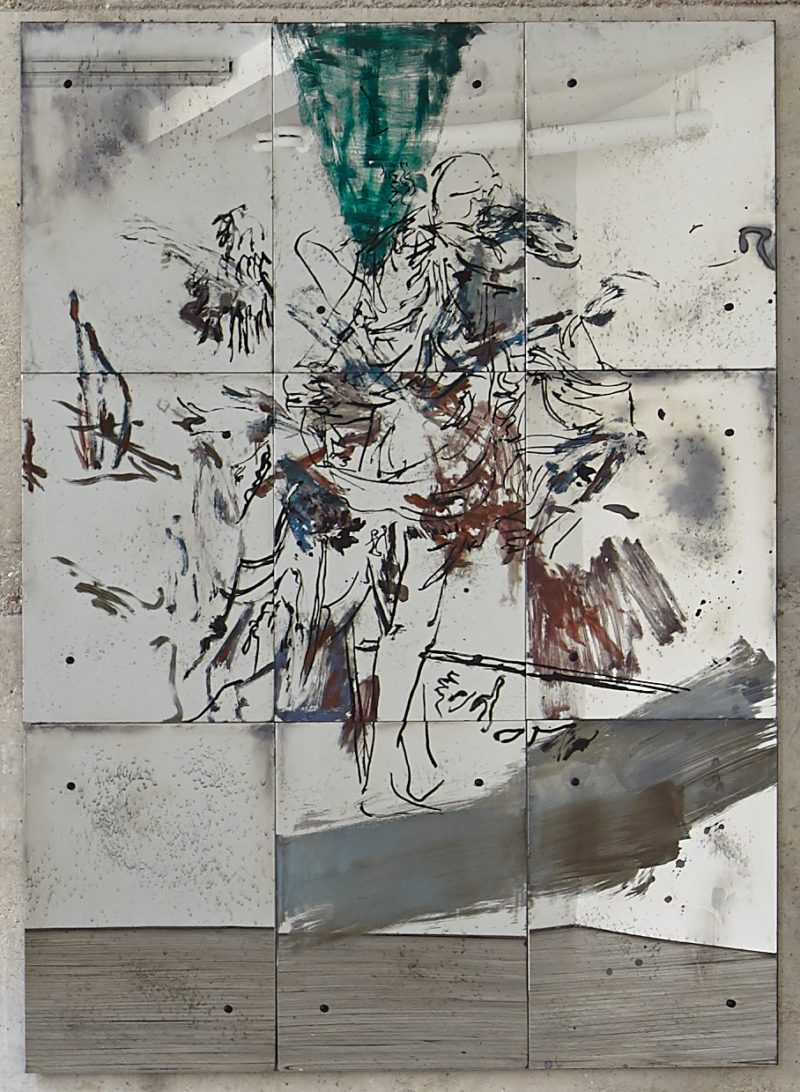