Sutton Lane is pleased to present new work by Nora Schultz. This is Schultz’s third solo exhibition with Sutton Lane following her first show in 2007 in London.

Tunnel is an exhibition in two parts, being presented concurrently at Sutton Lane in London and in Paris. Tunnel in this context makes reference to the physical distance between the two exhibitions and appears as a sculptural form in both of them.

On view in Paris are five sculptures and a slide projection. The slide projection shows a BMX bike ramp that descends the Teufelsberg in Berlin, which was built out of ruins after the Second World War. The ramp runs all the way down the hill whereby found elements such as mattresses and debris are placed in the curves in order to prevent bikers from sliding out of the ramp. The sculptures in the exhibition consist of railing parts, mattresses and ramps, thus redoubling the material seen in the slide projection. In a printing session previous to the exhibition the artist produced ‘Countup / Countdown prints’ using the ‘tunnel print roll’ and stencils made out of camping mats. The prints were then applied to the sculptures.

On view in London are four sculptures and eight ink drawings. Whereas in the Paris exhibition the material is being activated and put into relation with the site and time, in London its inherent properties are being tested and rendered visible. Some of the material is taken from furniture which through the intervention of the artist becomes unusable. In this sense the possibility of movement is being removed from the pieces of furniture so that they become still objects. Alongside the sculptures, ‘objectless’ drawings are being exhibited.

The notion of ‘objectlessness in art’ (Gegenstandslosigkeit) as described by Malevitsch is an underlying motif throughout the exhibition. The black metal sheets, tunnel-esque sculptures and stacks of furniture seem to become non-objective forms, oscillating between immateriality and the physical presence of the material. 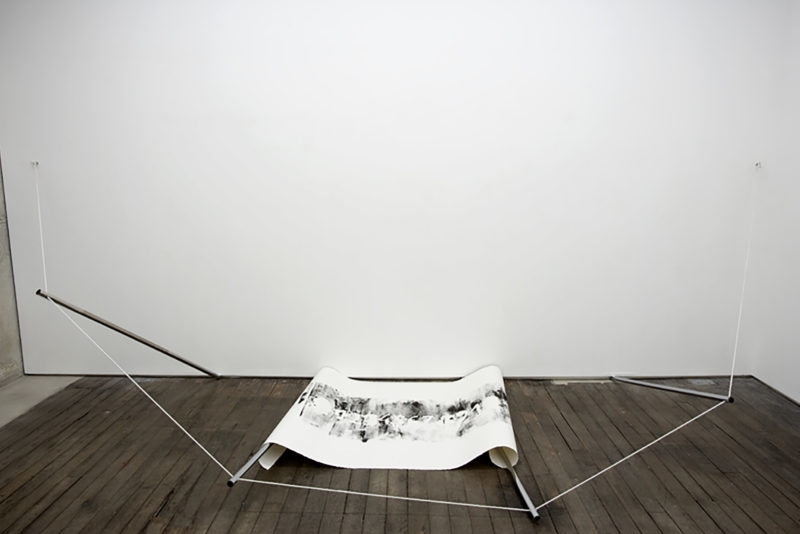 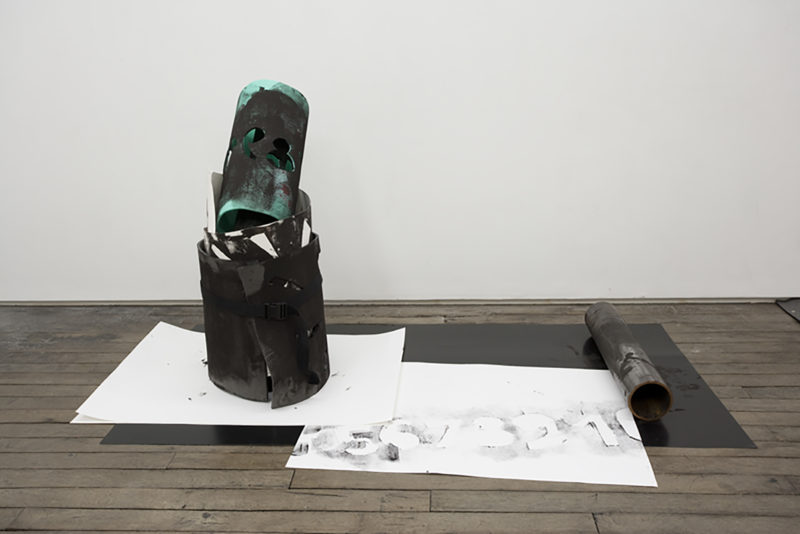 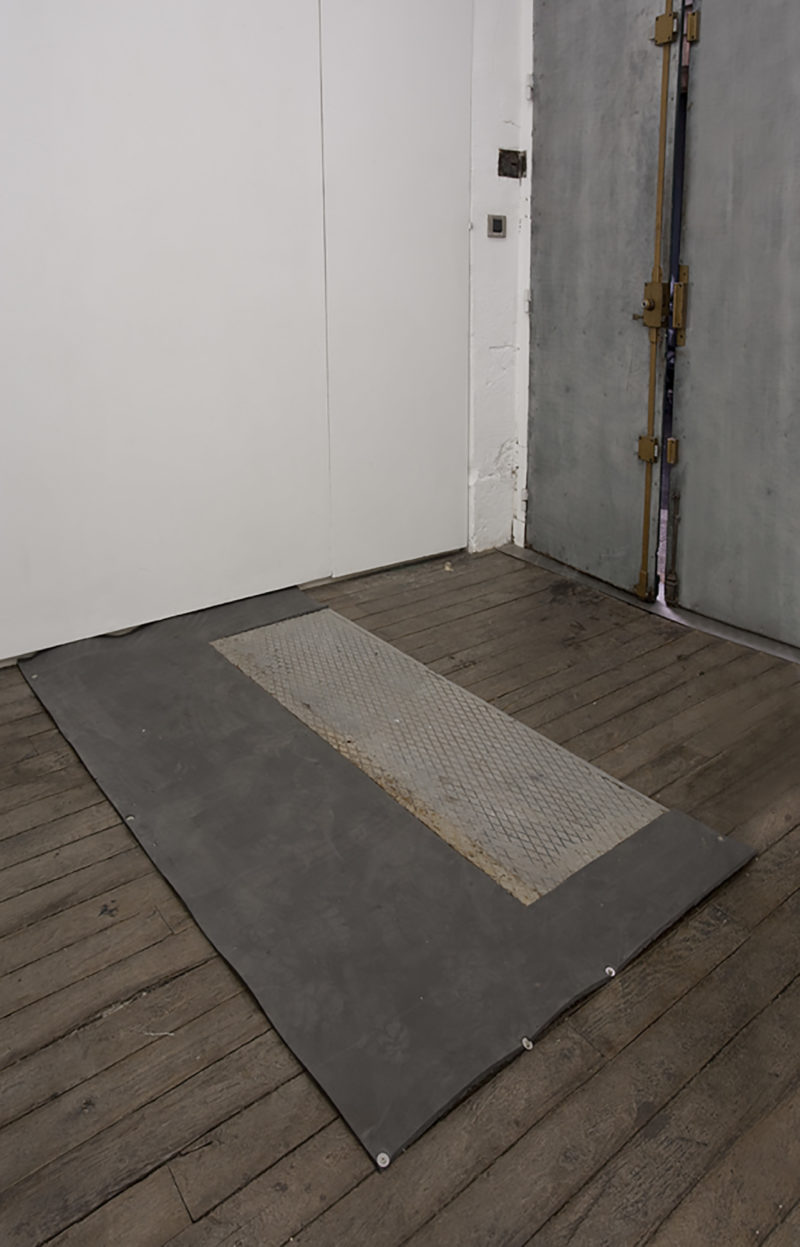 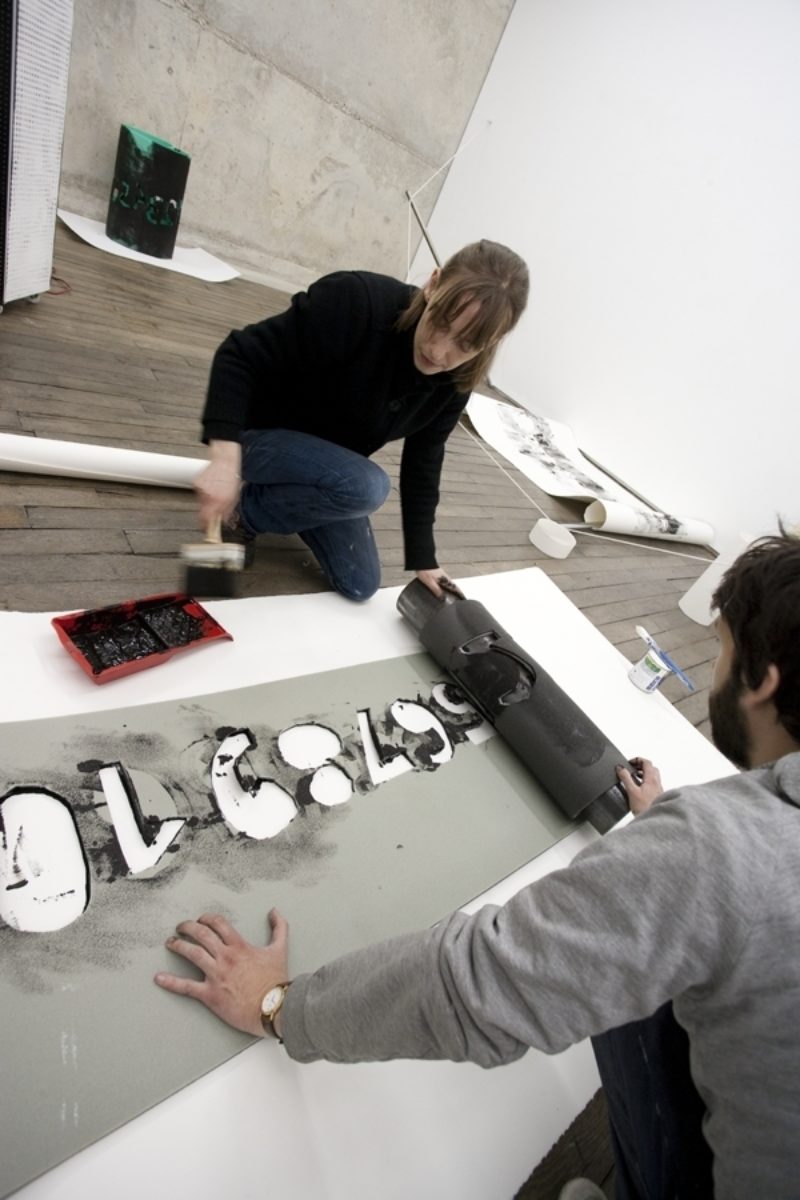 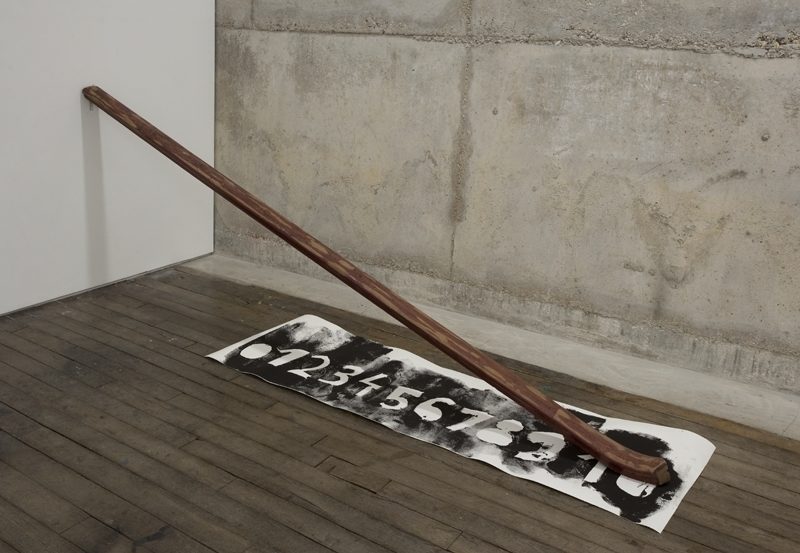