Exploring the history, practice, and circulation of painting as his subject, Thompson methodically deconstructs how a work is created, revealing historically established perspective systems, subject matters, colour standards, and post-studio circulation within a socio-economic context.

Thompson employs rational structures, technological processes, and generative devices to think about painting's establishment as a medium in art history. If in the Chromachrome and Chronochrome series he fixed a set of time rules to meticulously hand-paint the scanned weave of the canvas following Albert Munsell color system, in his Stochastic Process Paintings Thomspon executed an algorithm used to predict stock prices into the same color system, which dictated different hues, saturations and values that were later applied on the canvas in squares of one centimeter. The shape of his Broken Volume sculptures obeyed the direction determined by the same algorithm, and continued Thompson’s ongoing research in computer programs employed to design and manufacture objects. In the 1960s, the French engineer Pierre Bézier developed a mathematical formula—known as the Bézier curve—upon which many modeling systems are based today. This invention indicated the beginning of a tendency to conceptualize and produce objects digitally through a pre-defined sequence, culminating in what is now known as parametricism.

The refinement of his knowledge on computer-assisted design over the years allowed Thompson to rethink Cézanne's Study of the Allegorical Figure Bellona in Rubens' "The Apotheosis of Henri IV", 1883/1886. In 2006 he had already produced a series of prints called Sets of Curves from Bellona to Rubens to Cézanne to Bézier. The title already indicated the figure of Bellona as a site for translation, first by Rubens, then by Cézanne, then by Bézier through Thompson himself. The original Rubens' painting had already been the subject of many artists. The baroque properties of Bellona was reproduced by Cézanne but also by Delacroix, whose Liberty Guiding the People was inspired by her.

To produce a first body of works, Thompson chose to transcribe Cézanne's set of 10 drawings line by line using vector-based paths. Unlike the JPEGs, GIFs, and BMP images that could result from a scan of the drawings, vector graphics are not made up of a grid of pixels that can increase or decrease in quality or resolution. Instead, they are comprised of paths that define the functions between a start and end point, along with other points, curves, and angles. Because of this, the main implication of their use is that the resulting image is scalable and has the ability to be magnified freely. By recording Cezanne's curves into a set of functions, the drawings become an abstract script, and no longer depend on the original image to be reproduced.

If an archive faithfully holds and protects the way an object looked like, retaining a set of functions reconstitutes a process that is independent from their output mechanism or their final support. The drawings are then printed with the help of a computer-controlled machine that executes pre-programmed commands, namely the tool paths that resulted from the transcription of Cezanne's drawings. Thompson is interested in a translation operation that reconstructs the drawings instead of reproducing them.

Arbitrary requirements have guided many of Thompson's series. As in his Chronochromes, the drawings are the same height but differ in width, which in this case is calculated according to the original ratio in Cézanne drawings. This self-imposed rule accounts for the quantification of the difference between the original drawing and the artist's, relativizing the particularity of both signatures.

To produce a second body of work, Thompson created a set of generative drawings that result from all possible combinations of the tool paths retrieved from Cézanne's 10 drawings. The frame colour of each work provides an index of the source data that has originated them. The amount of possible drawings is determined by a mathematical formula that calculates 5 groups of 9 combinations, deriving in 45 new compositions. The combinatorial logic of the formula, which could be seen as a productive constraint, is in fact what gives access to an unexplored inventory of forms. Although these combinations are not exhaustive, they formulate a field of possibilities that are derivative, and the source of further transformations. 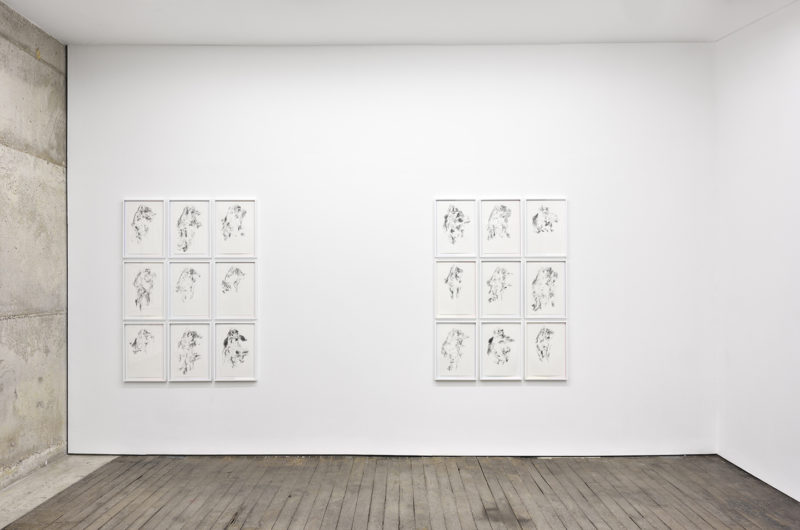 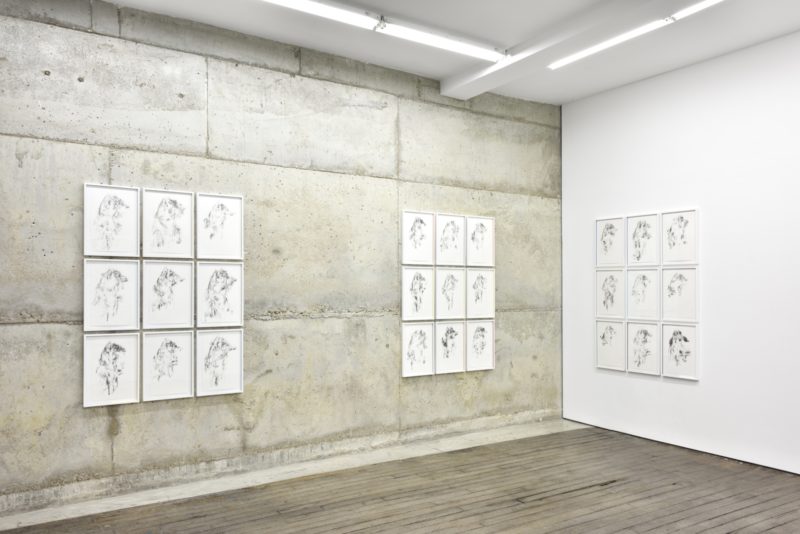 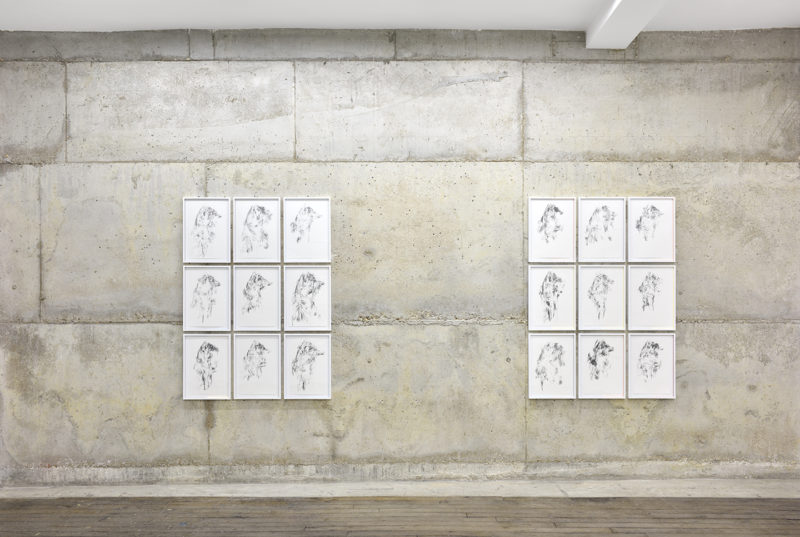 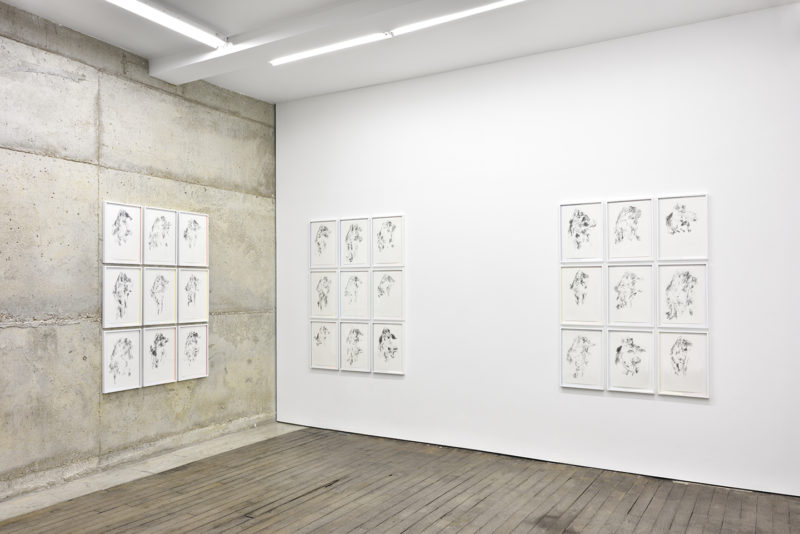 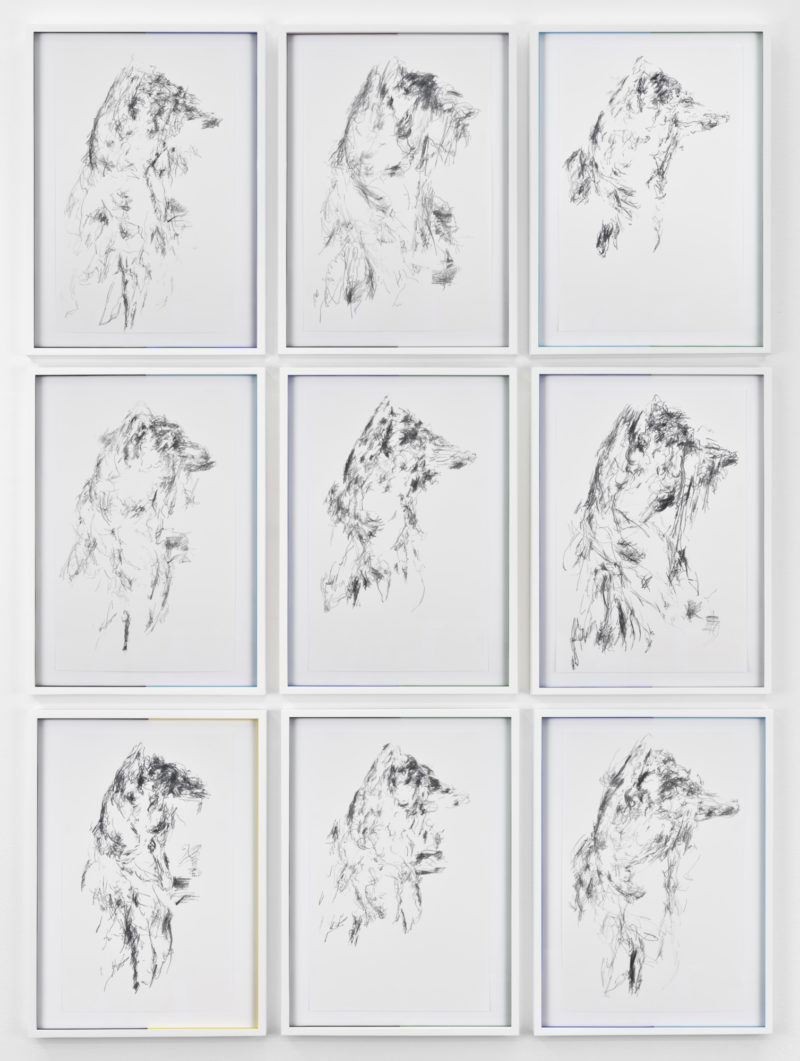 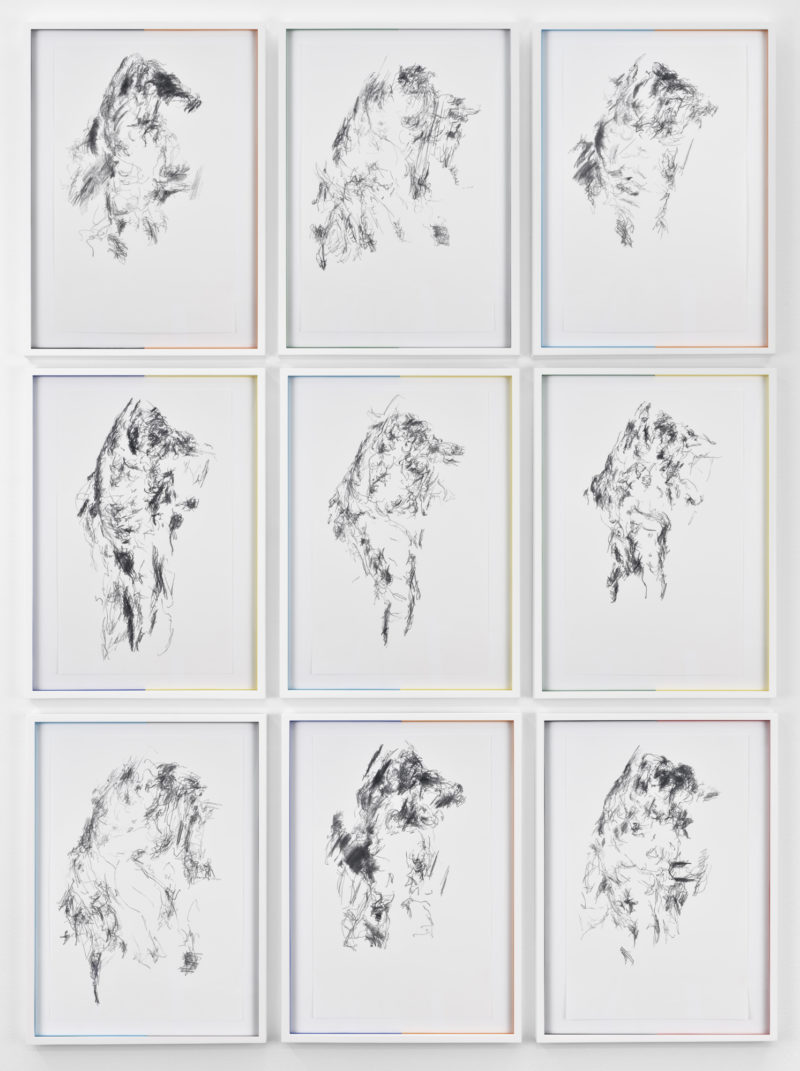 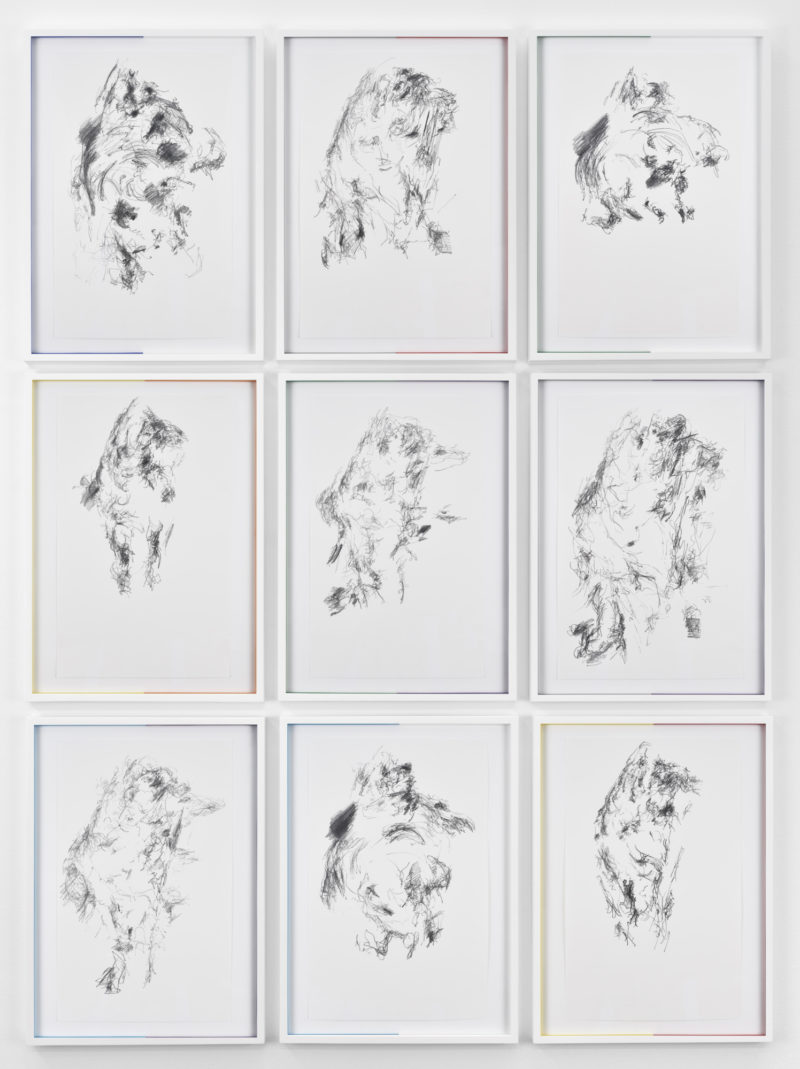