The Year of Magical Thinking - Exhibitions

The Year of Magical Thinking brings together artists who explore the territory of magic, myths and self-introspection as different acts of inner resistance to the contemporary capitalist crisis. In psychology, the notion of magical thinking refers to the belief that wishes, words or use of symbols can impose their own order on the material world.

Referring to a range of the existent that can’t be totally conveyed through linguist and rational means, the exhibition reflects on different cosmogonies which lie outside the hegemonic system of reality shaped by technology and explore the multiple regions of the intangible, fabulation and disguise.

The enigmatic characters who inhabit Cathy Josefowitz’s paintings emanate from the memories and the elusive dreams of a young woman driven by intuition and a never-ending exploration of her inner self. Untiled, 1974, depicting the delicate and evanescent portrait of a young woman was realized when Josefowitz’s was just 18 years old. The dreamlike and fluid group of figures floating in the abstract background of the second painting featured in the exhibition recalls the tones and movement of the Renaissance’s masters and bears witness to the influence of Italian art on Josefowitz's work.

A similar approach to the body, the stories it tells and the way it affects or liberates the identity lies at the heart of Benni Bosetto’s work. Her multi-layered sculpture CocoonYXX#1 (2021), made up of a series of carved and composed drawings on paper whose shape evokes that of a body or a garment, accompanies the observer to place himself in different realities linked to time, space and the body. From practices of fabrication of the self present in ancient and contemporary rituals, to states of semi-consciousness implemented in meditation and sleep, up to the observation of matter as a witness of invisible transformations, the artist continues her exploration of the possibilities of a renewed relationship with ourselves and with reality in order to go beyond the usual methods of knowledge.

Claude Cahun employs self-portrait and disguise as tools of introspective expression and freedom in representing the self. In her Auto-portrait (don't kiss me I'm in training), 1927, the artist performs herself as an androgynous gymnast, neither masculine nor feminine. Exploring different identities and genders, her work bears witness to the struggle with her own self-representation as well as with the social regulation of the female body and identity. Through her rejection of an overtly female identity and rather appropriating a gender ambiguous one, Cahun separated herself from the expectations of the gender norms of her time.

The historical work The Soft Sphere (Head of Plato), 1989 by James Lee Byars combines the geometric form of the sphere with the luxurious material of white marble from the Greek island of Thassos. Byars’s aesthetic research was guided by the exploration of spirituality, truth and beauty, combining influences of orientalism, minimalism and Western philosophies. Born in 1932 in Detroit, Michigan, Byars moved to Kyoto in 1958, where he became fascinated by the rituals of Shintoism and Japanese Nō Theatre, which remained two main references in his work.

Concentration: Silver Goblets, 1992-93 by Sarah Charlesworth is part of one of her major body of work Natural Magic which was the first series to be shot in a studio. It required renting an array of photographic equipment and learning new technical skills, including how to perform magic tricks and stunts. Magic of all sorts fascinated Charlesworth, and the series title evokes aspects of the occult. The theme of magic connected with her consideration of what the camera could do in terms of augmenting and altering our perception of reality as well as producing magnificent and unpredictable spells.

The surrealist landscapes and the dreamlike figures who inhabit Amelie von Wulffen’s paintings belong to the confrontation, and sometimes the clash, between our collective subconscious and the external world. Imbued with humourism and the ironic employment of kitsch that characterizes von Wulffen’s oeuvre, Untitled (Maya the Bee), 2020, is the sculpture of the iconic cartoon figure sitting in a pool of her own piss in front of a contemplative and abstract painting. The installation tackles the relationship between humans and nature, which continues to be permeated by a dreamy and romantic atmosphere, even in the face of the environmental collapse.

Cathy Josefowitz (1956-2014) was born in New York and grew up in Geneva. She studied theatre design at the Théâtre National de Strasbourg, but soon she preferred to isolate herself to paint. In the United States she discovered dance and "primal theater": a technique based on improvisation and the search for raw, primitive and unconscious emotions. In 1979, at the age of twenty-three, she left to study dance in England, at Dartington College of Arts in Devon where she met two great masters of experimental contemporary dance: Steve Paxton and Mary Fulkerson. In the early 1990s, she devoted herself to painting and worked on several series of works on the themes of animals , transportation, and dance. It was also during this period that she began her first monochromes inspired by the nature and landscapes of California, especially Ojai, where she had stayed in 1990.

Her work has recently been the subject of an important retrospective at Frac Champagne-Ardenne (2021). Kunsthaus Langenthal, the Centre culturel suisse and MACRO Roma are organizing a touring retrospective exhibition of her work beween 2021 and 2022.

Claude Cahun (1892-1954) was a French photographer and writer. She used a wide variety of means of expression to convey her obsession for the themes of identity and self-image. Although she was forgotten after World War II, her work was rediscovered and widely circulated in the 1990s. The cross-dressing experiments she documented in her self-portraits have since become of considerable interest beyond the history of photography, in the field of Gender Studies and post-modernist theory. A large number of publications have since been released in the wake of the retrospectives in London, Tokyo, Munich, and Paris, among which the Jeu de Paume exhibition in 2011.

Sarah Charlesworth was born in 1947 in New Jersey, and passed away in 2013 in Connecticut. She has been the subject of solo exhibitions at a number of institutions, including a solo survey exhibition at LACMA (2017) and the New Museum, New York (2015) and a retrospective organized by SITE Santa Fe (1997), which travelled to the Museum of Contemporary Art, San Diego (1998); the National Museum of Women in the Arts, Washington, DC (1998); and the Cleveland Center for Contemporary Art (1999). Charlesworth taught photography for many years at the School of Visual Arts, New York; the Rhode Island School of Design; and Princeton University. 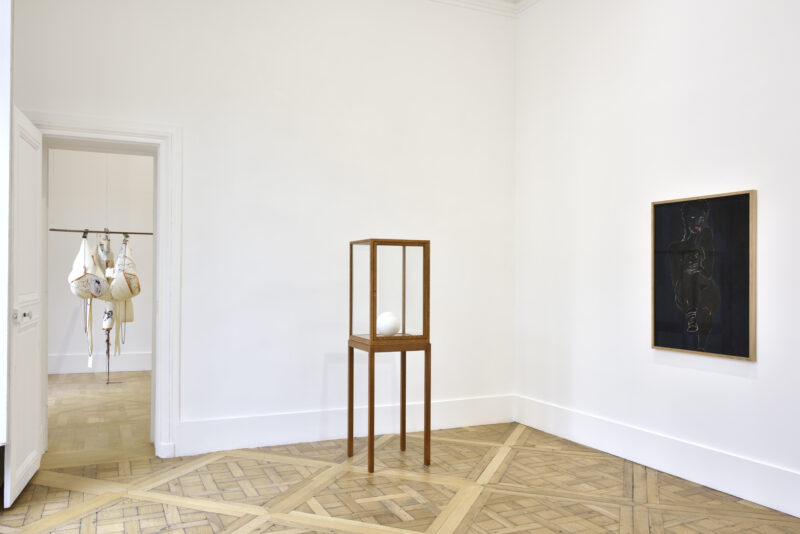 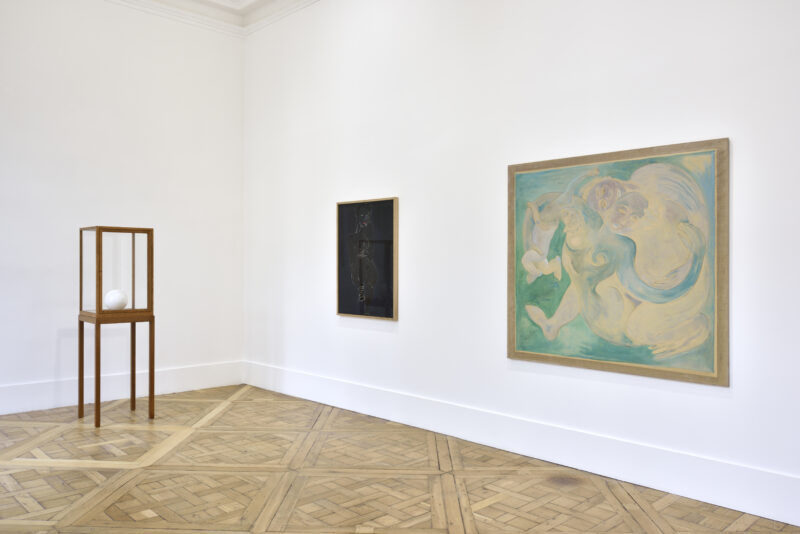 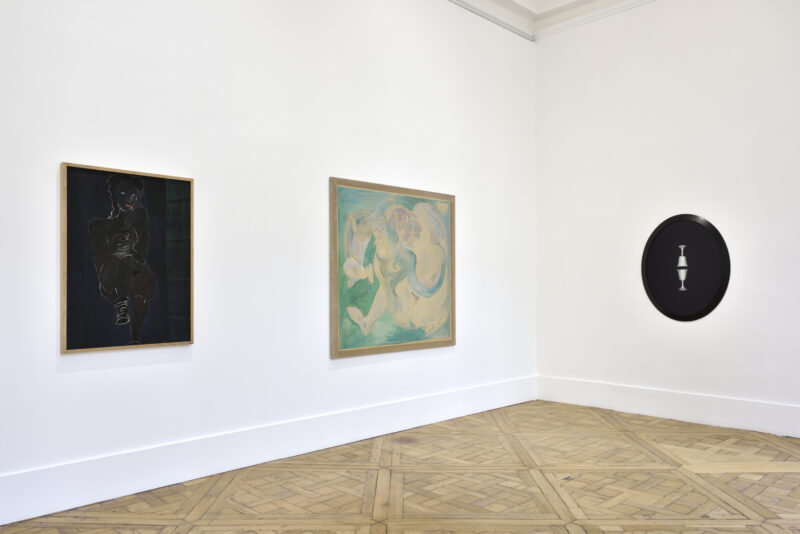 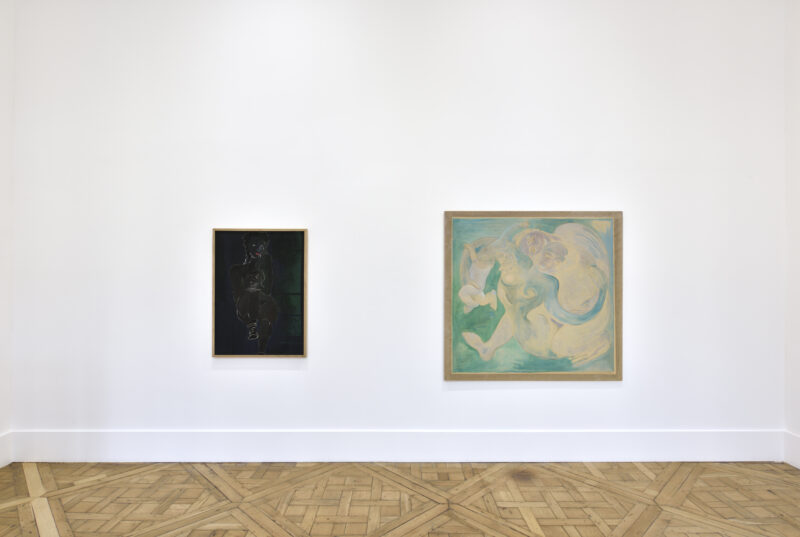 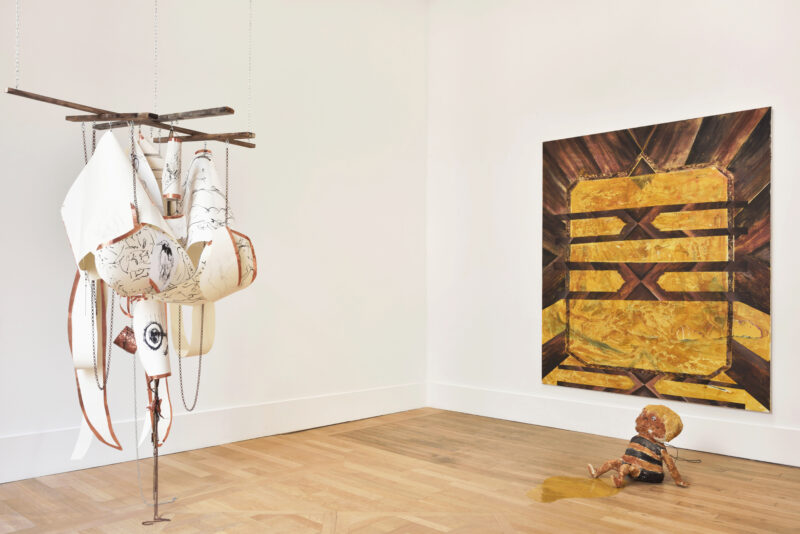