Tales of Ratiocination focuses on the delineation of a chain of operations, a subtle reasoning that establishes a set process for the making of artworks. For Edgar Allan Poe, ‘ratiocination’ meant the use of analytical powers to solve mysteries, using different kinds of information to explore, question and sometimes satirize the certainty of a deductive method. The artists in the exhibition share a common concern with developing compositional or even anti-compositional strategies that explore the role of the artist and the historically set rules of artistic agency.

Martin Barré, André Cadere and Michel Parmentier deliberately introduce an anomaly into their method to destroy its underlying logic and to question the artist’s gesture. In 1977, Martin Barré stated that painting was a game between the rule and the subversion of the rule. His diagonal markings reveal the interdependence of the canvases, diverting the calculation of a geometric order. The striped pattern of André Cadere‘s Barres de bois rond, (round bars of wood) follows a distinctive sequence. Each colour succeeds the previous one in a constant mathematical permutation that includes a systematic error. The diameter of the wooden segment equals its length and, in each case, the colour of one segment is represented by a number. The segments are set together in order resulting from a permutation which includes random shifts – and an error results from the inversion of two segments in the sequence. In 1983 Michel Parmentier reiterated his 1965 horizontal stripe folding technique, changing its colour arbitrarily each year for three years, so as to detach himself from a personal preference and to objectify the nature of colour.

The intentional reiteration of a pattern, often applied in a playful fashion, operates as a means to speculate around the stability of a method. The use of motifs such as the bowtie in René Daniëls‘ and Charles Mayton‘s work reflects their interest in painting as an instrument of encoded meaning, introducing different mechanisms without resulting in closed iconographic interpretations. Carol Rama describes the repeated use of strips of rubber as joyful, following her unceasing commitment to adding everyday life materials into her works. Sheila Hicks‘ playful yet reverential subversions of weaving traditions result in laborious abstract compositions.

Christian Bonnefoi finds the strategy of his paintings in the physical threads moving through his paintings.
The minimal gaps and transparencies of the material lead to his attempted direction, usually alluding to the figure of the labyrinth to describe the eternal back and forth between his intentional manipulations and the visual end. Describing a comparable continuous process, Jacqueline Humphries has said, “I start a painting by finishing it, then may proceed to unfinish it, make holes in it or undo it in various ways, as a kind of escape from that finitude.”

Amy Sillman‘s layered abstractions are based on the tension between an affective and a formal method, negotiating between the improvisatory and the structural aspects of thinking itself. Blake Rayne’s Wild Country series equally explore the properties of a fluctuating movement, as its wandering line moves across the surface of a layered background, in an intuitive movement that recalls automatic writing.

Barbara Kasten designates the studio as an environment of transitory structures that exist only to be photographed. Following the compositional vocabulary of constructivism, Kasten transfers rules from other artistic fields into photography, expanding its limits. 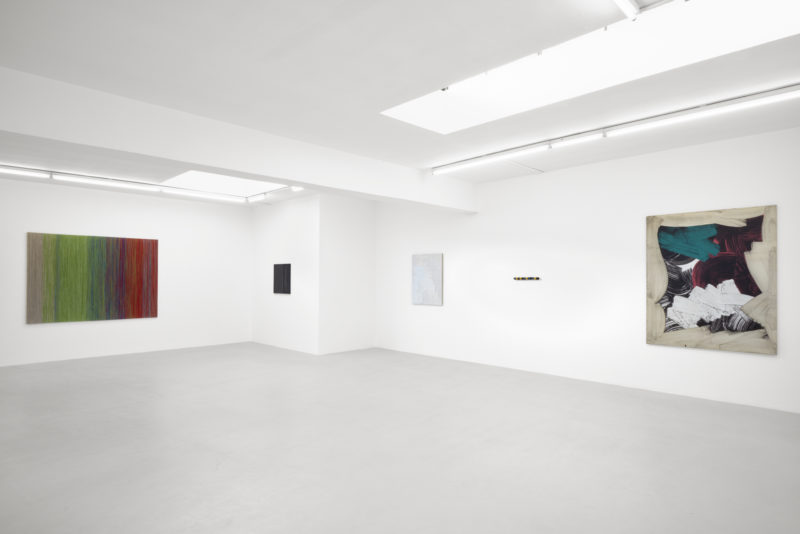 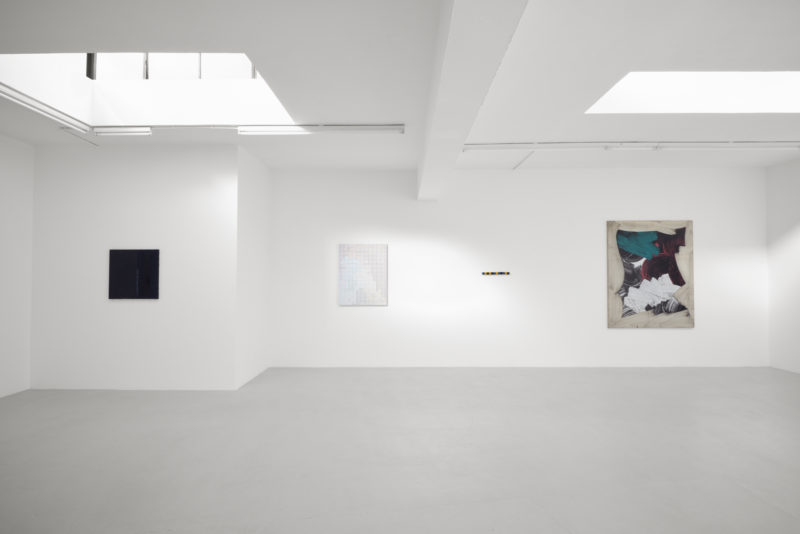 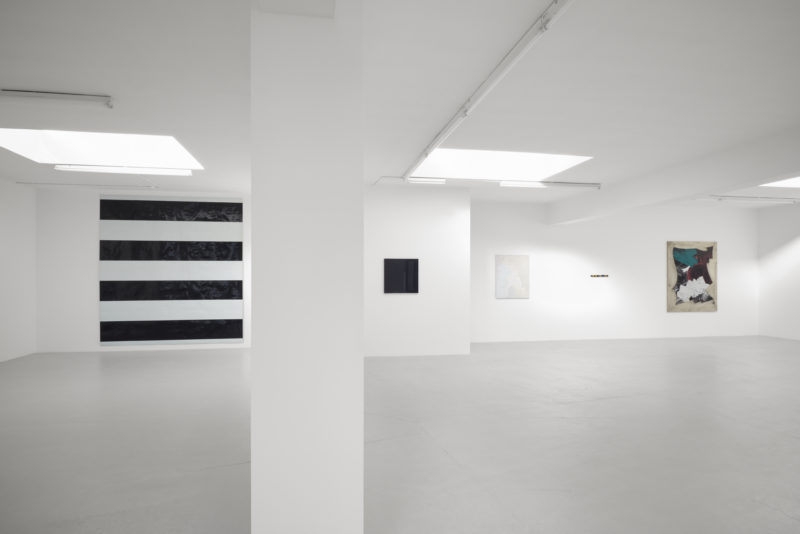 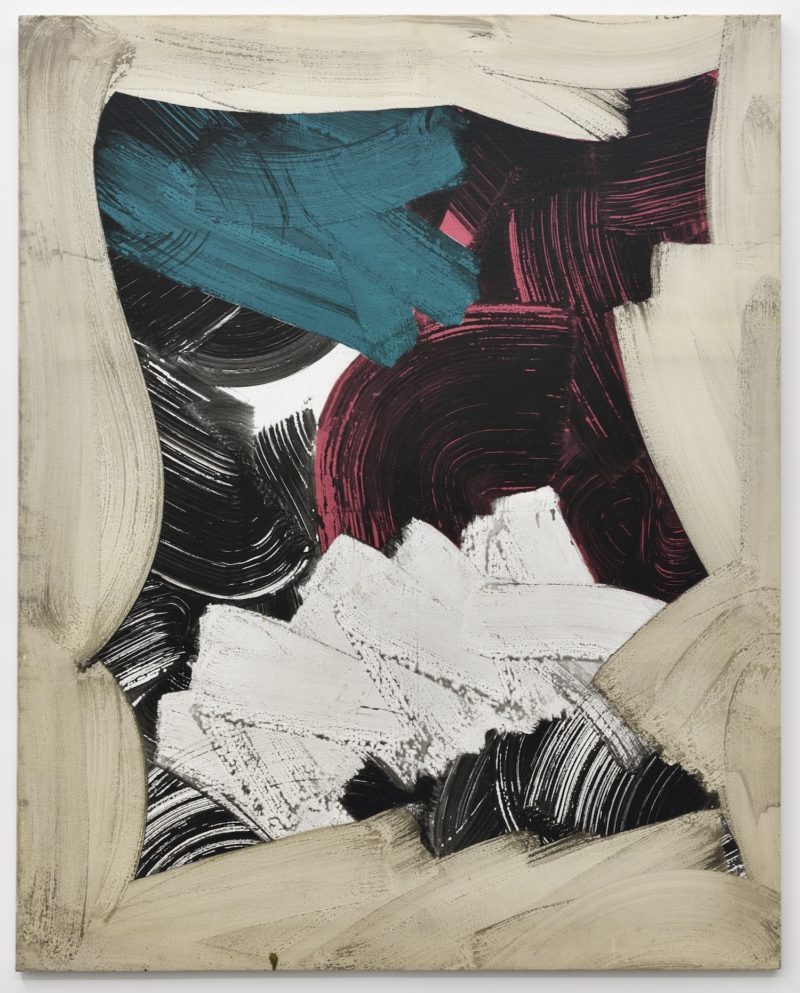 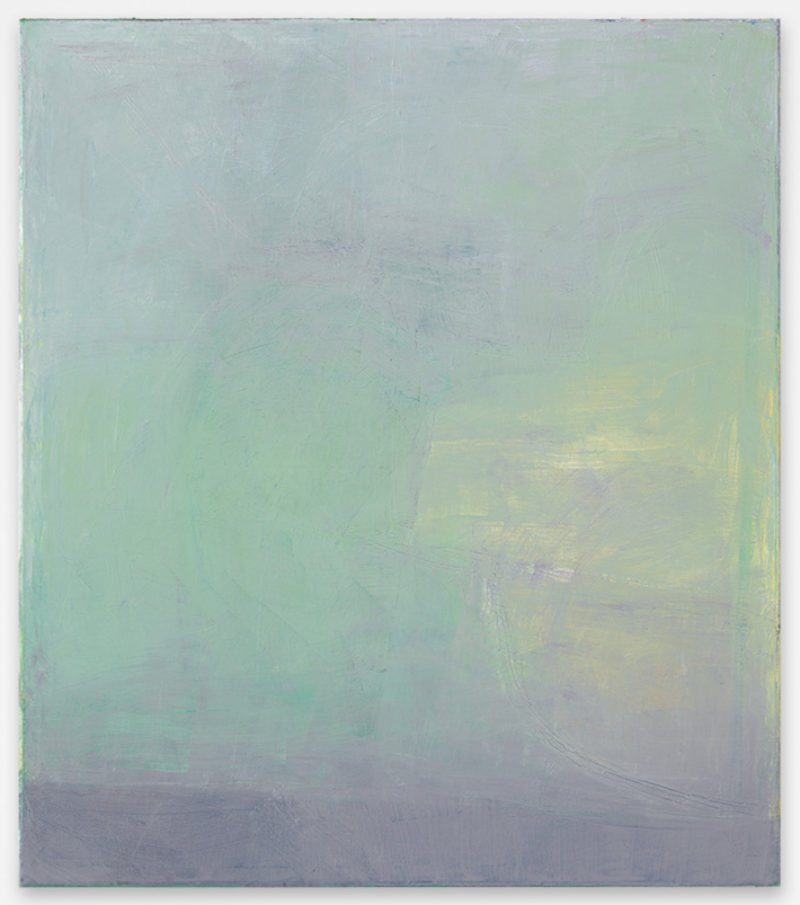 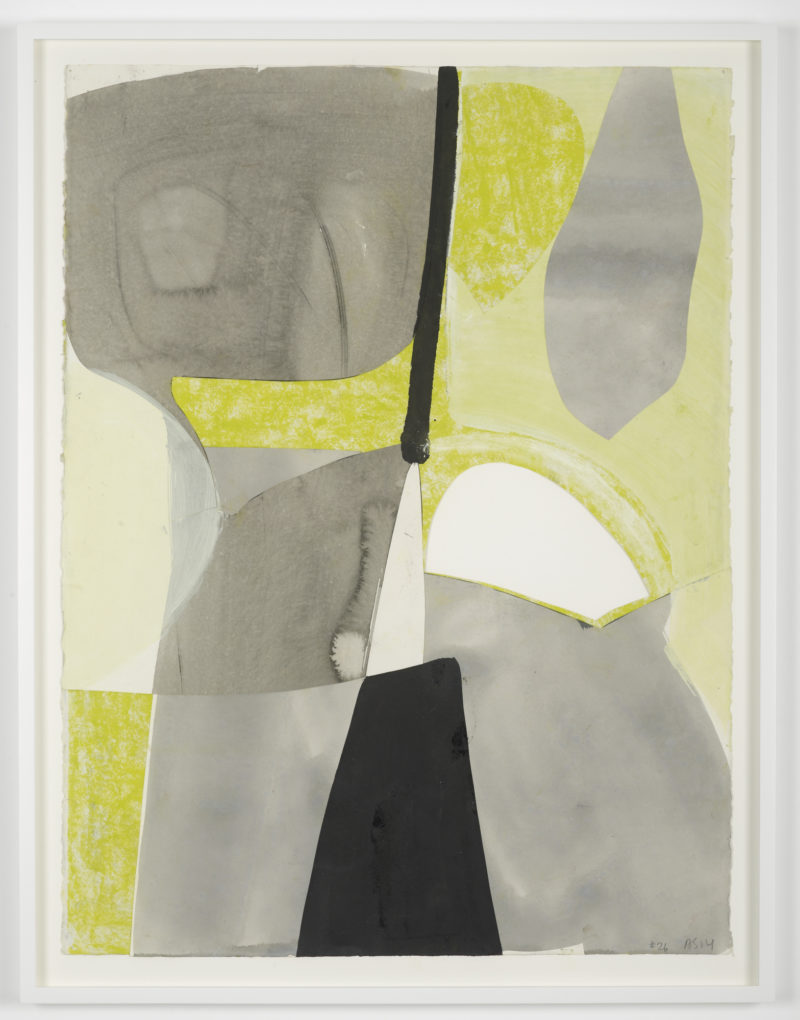 Ink and chalk on paper 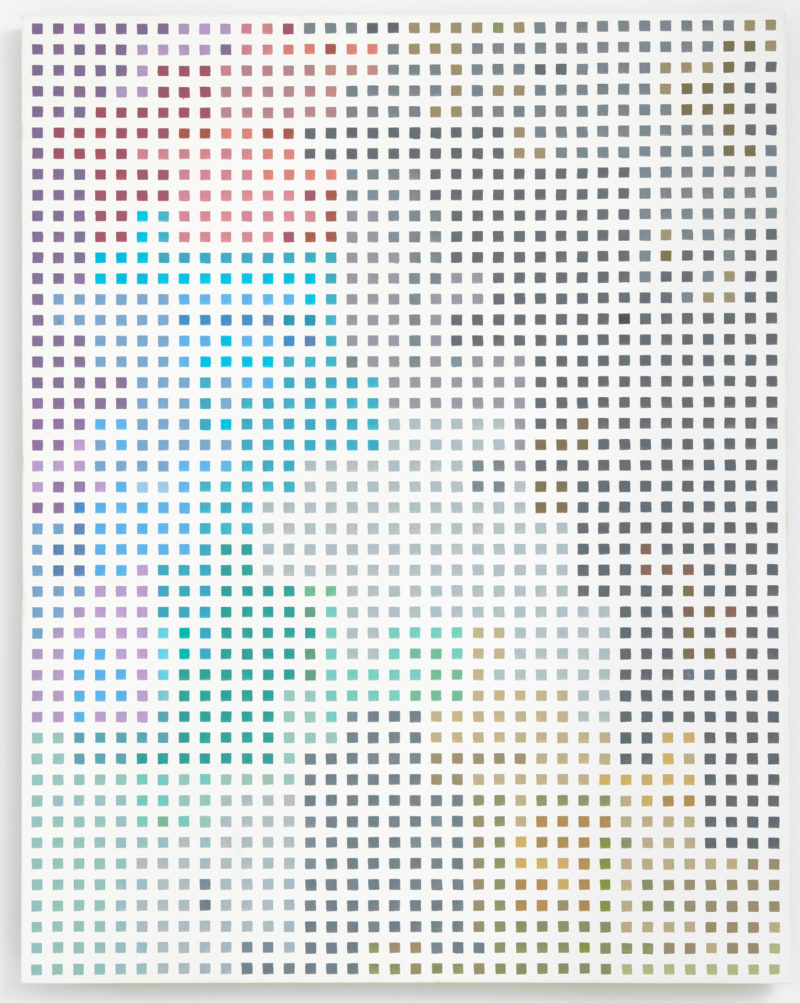 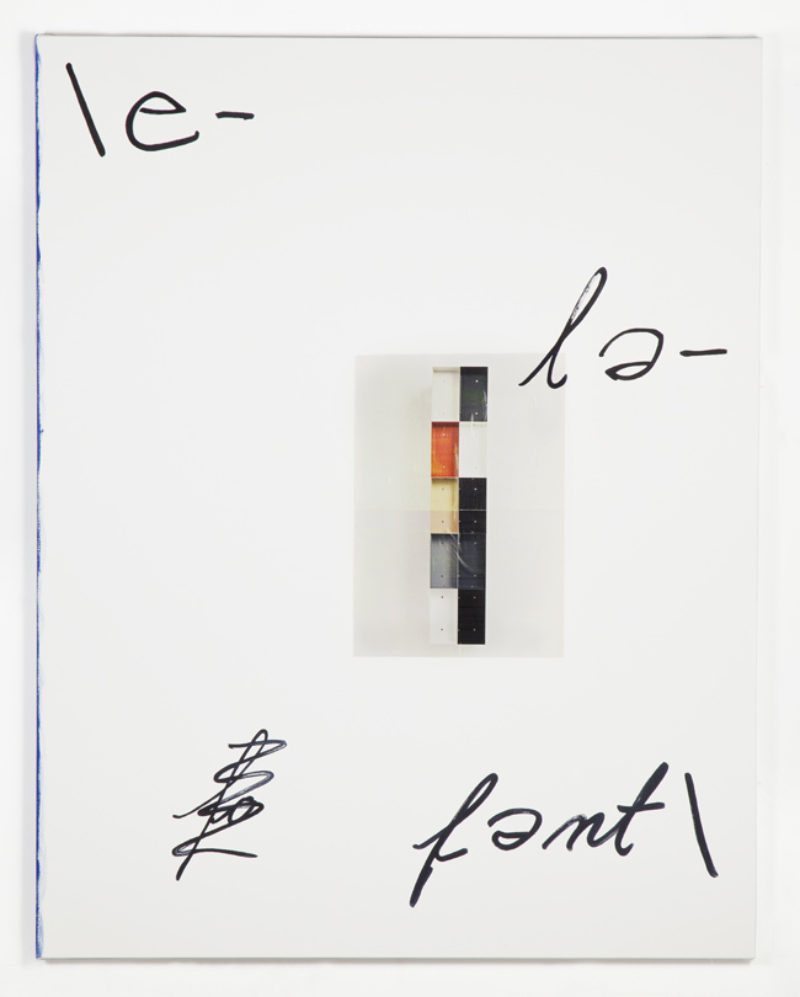 Oil, acrylic and collage on canvas 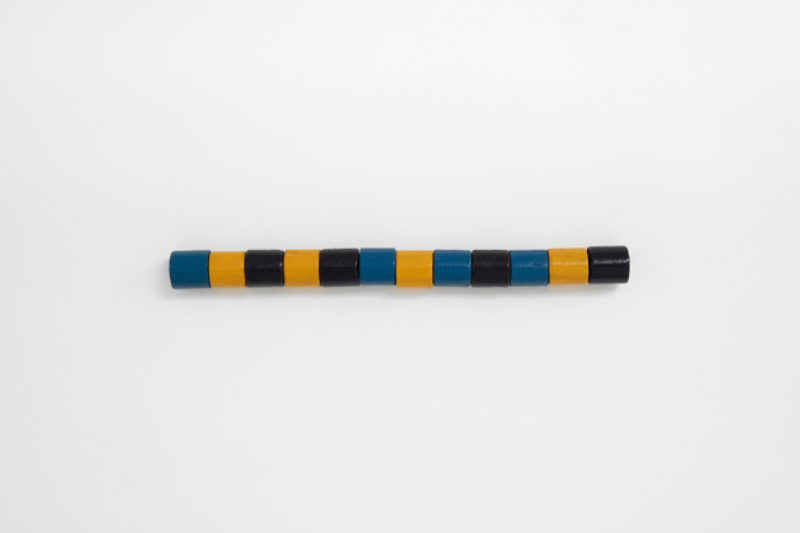