Campoli Presti is pleased to announce déconnexion, the first exhibition of artist, designer and fashion designer Cinzia Ruggeri at the gallery. The exhibition will explore various aspects of her multifaceted practice, developed between the ground floor of 6 rue de Braque and the recently inaugurated first floor of 4 rue de Braque.

Cinzia Ruggeri’s personal and committed creative path began in 1960, when she had her first exhibition at Galleria del Prisma in Milan, accompanied by a text by Dino Buzzati. Ruggeri shared an affinity with the Radical Design scene in Milan in the seventies and was captivated by the transgression of limits between different disciplines like architecture, art, fashion and design. While postmodern architecture was dominated by Americans, postmodern design was led by Italian movements such as Studio Alchimia, founded by Alessandro Guerriero in Milan in 1976, and the Memphis Group, founded by Ettore Sottsass in 1981. Ruggeri punctually collaborated with Studio Alchimia which, unlike the latter, engaged in a more romantic vision and created one-off pieces and prototypes rather than serial productions. Alchimia’s pieces were elaborated with readily available materials and effervescent colours, trying to transform everyday objects into unique, idyllic designs.

However, Ruggeri has always kept her independence from the emerging groups and labels that arose during the post-modernist period. In 1977 she started her own collection, taking the dress into an architectural space to be inhabited, negotiated and interpreted by each person in a distinctive way. Some pieces employed liquid crystals that changed colour according to body heat or led light that would activate through an embedded button in its belt. Her behavioural garments take futurism’s deconstructed spatiality into the realm of human passions. The motif of the ziggurat has inspired many of her pieces, traversed with diagonal cuts, asymmetries and geometric volumes that deconstruct fashion’s alleged functionality.

Ruggeri’s furniture and objects equally delve into the relationship between the animate and the inanimate. A reclined anthropomorphic chaise longue, a glove with pen tips as nails or a mirror with protruding shapes take surrealism’s world of uncanny signs into a series of objects that seem to release their repressed content in a displaced, fantastic form. Ruggeri’s works also take the territory of language through their titles, playfully alternating between form and function. Schiaffo bag (Slap Bag) is a leather round flat bag with an integrated glove, thought to carry things, cover your hands or eventually slap somebody and Stivali Italia (Italy boots) retake the famous boot shape of the Apennine Peninsula into actual knee-high green boots and matching bags of the shape of Sicily and Sardinia. Through a personal grammar, Ruggeri creates works of shifting energy between the real stories that generated them and the subjective, personal use to which they adapt constantly. 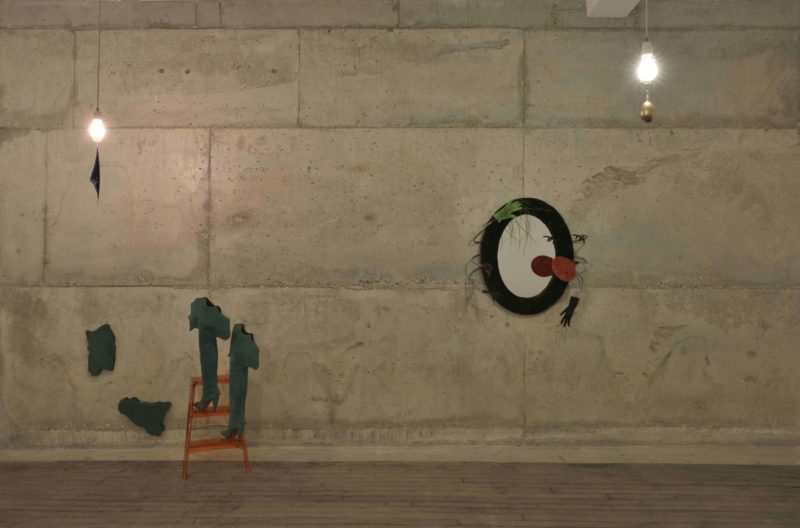 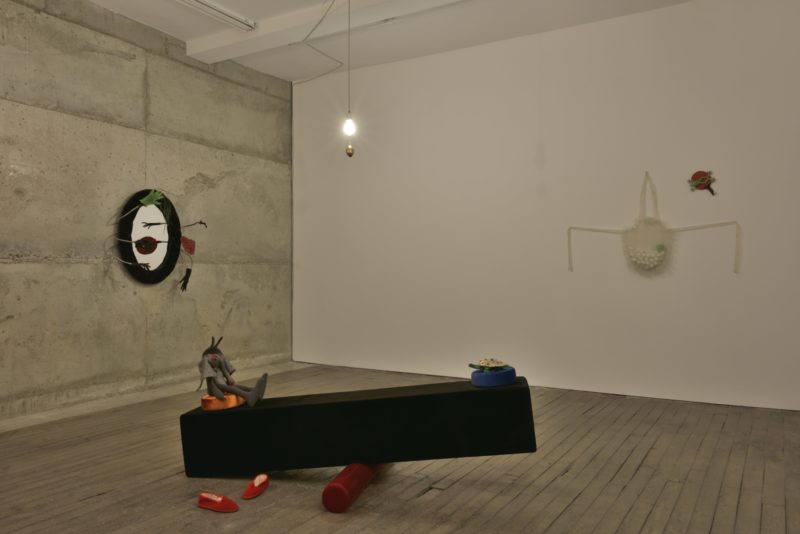 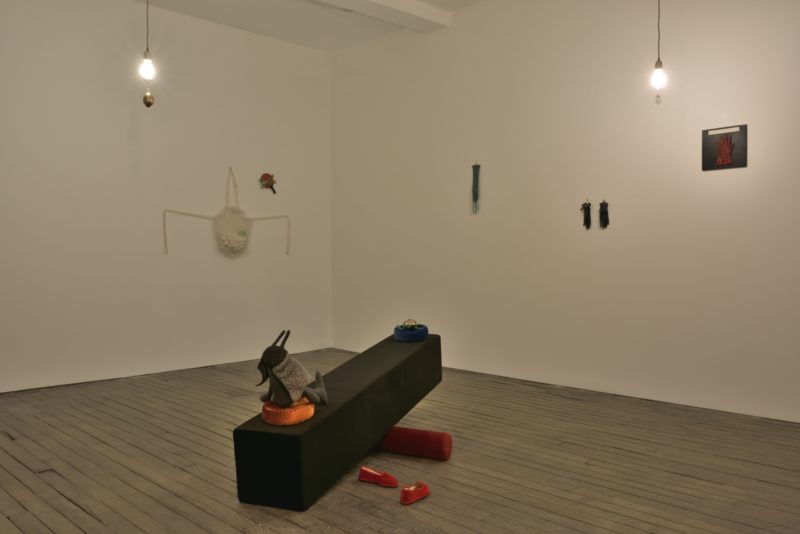 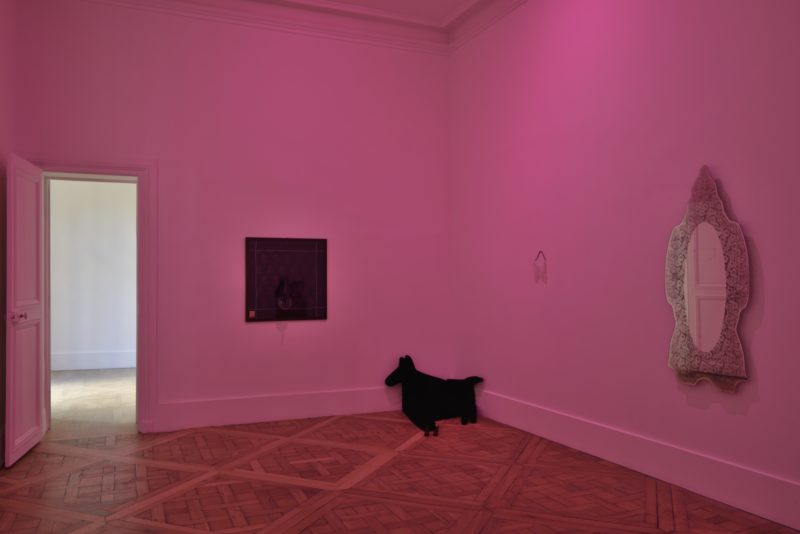 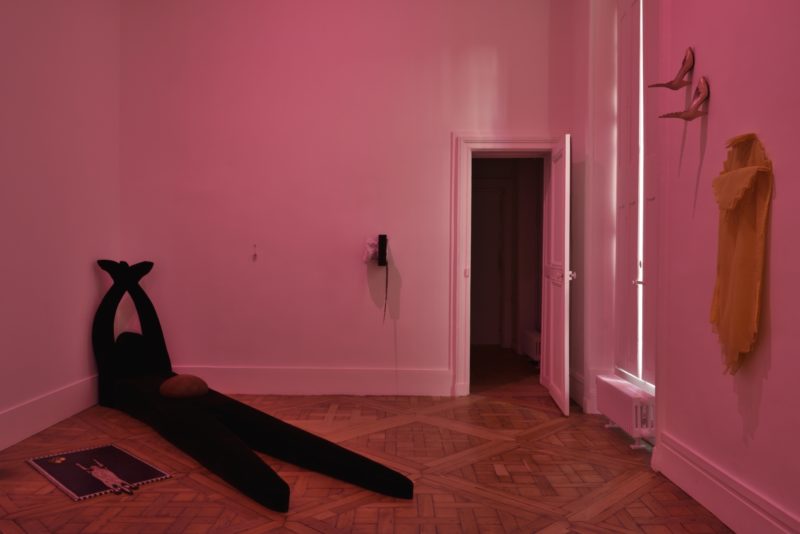 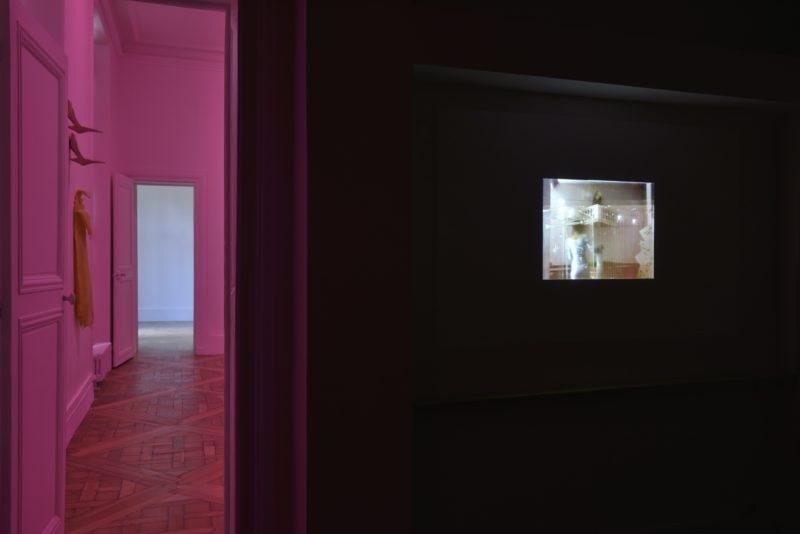 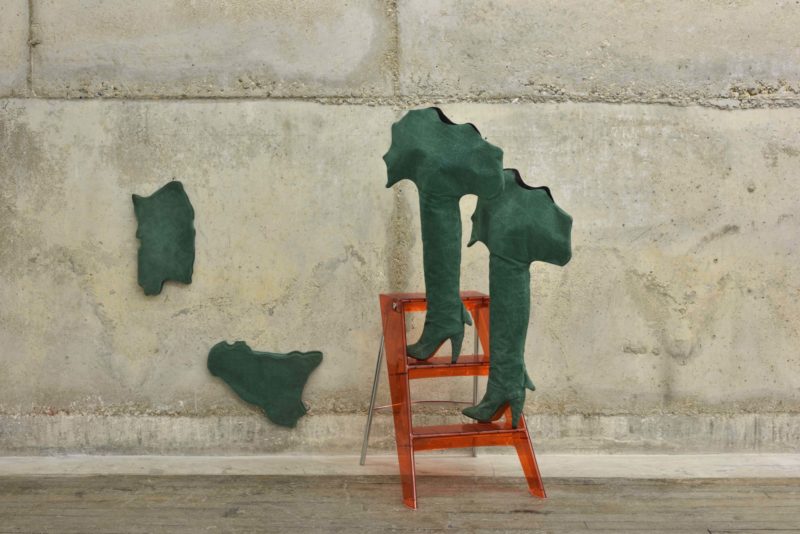 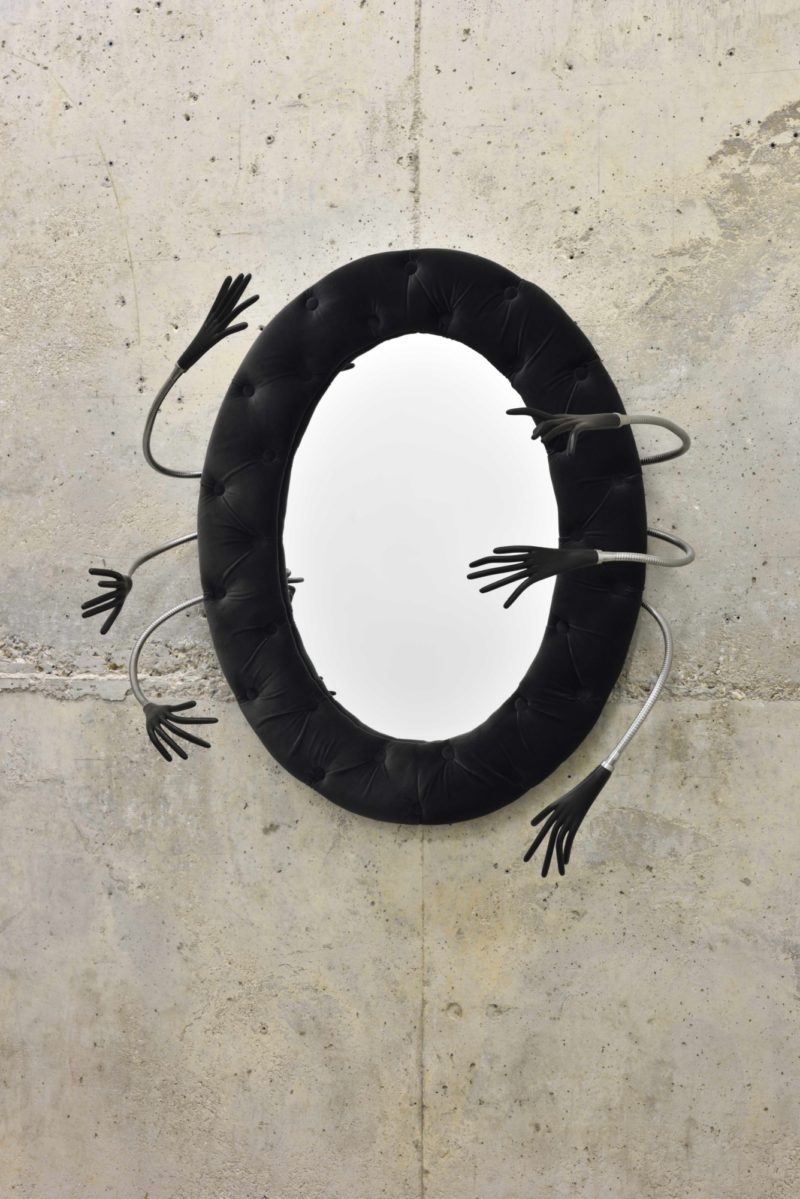 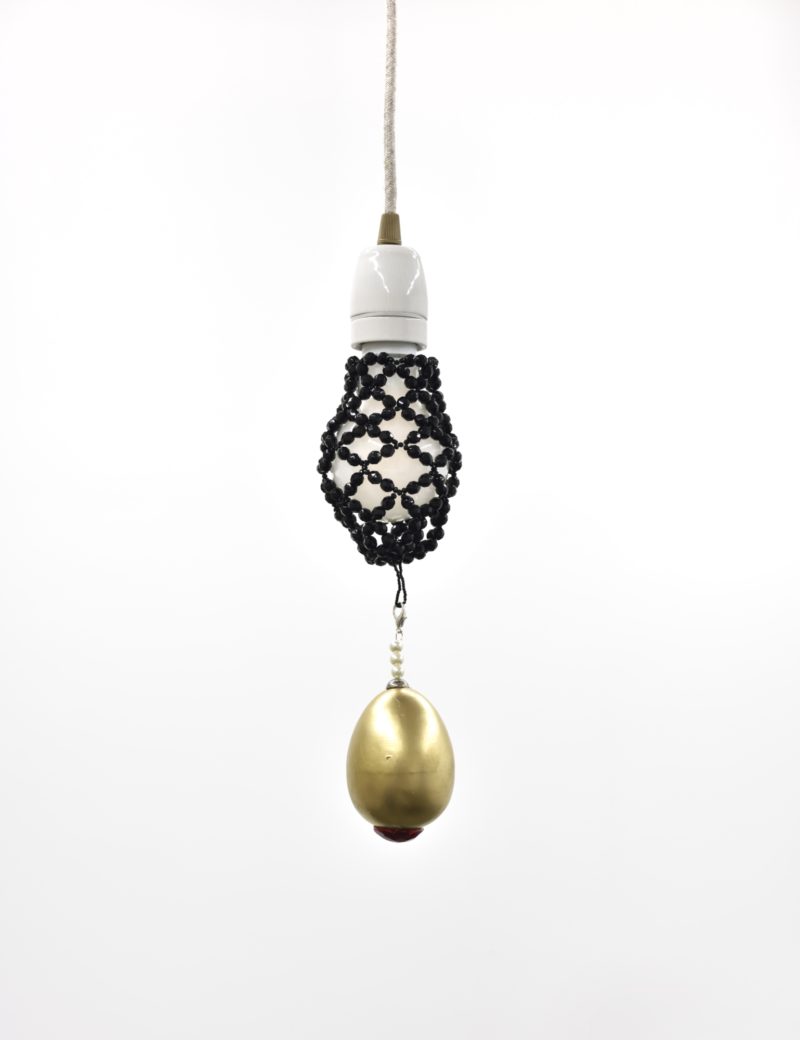 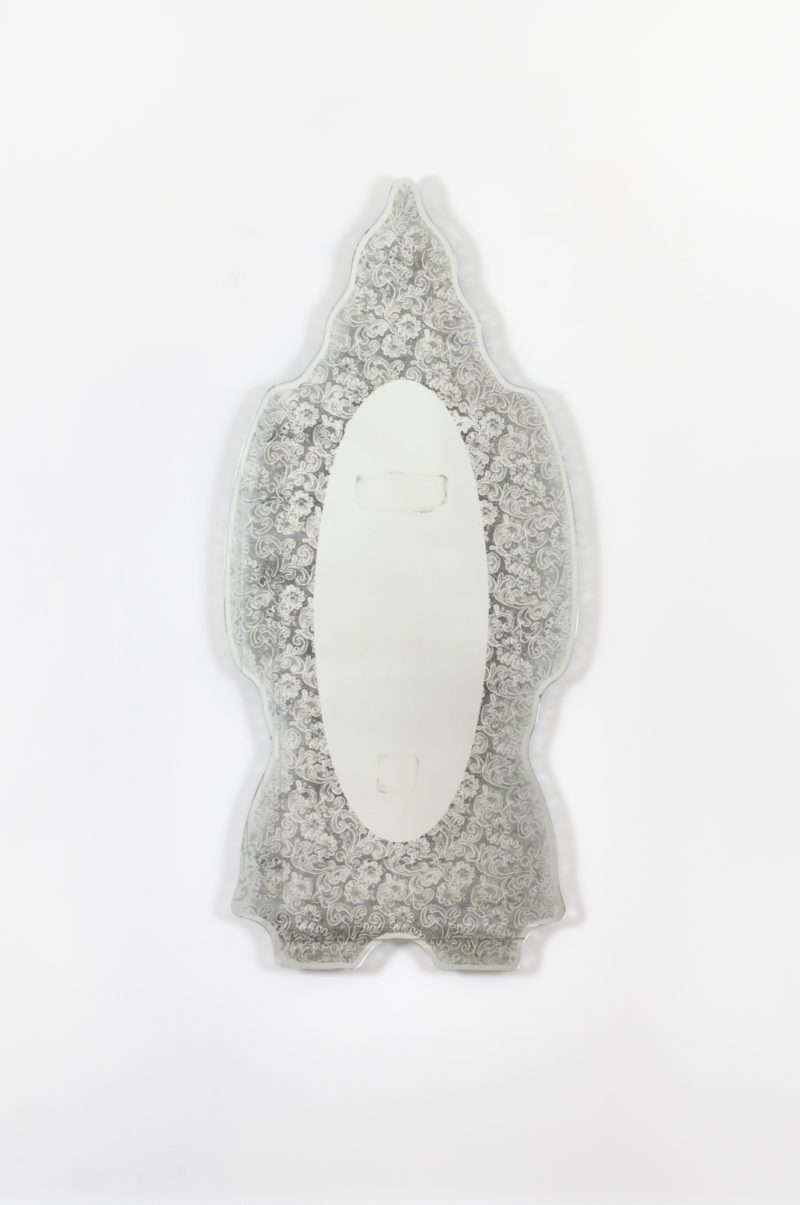 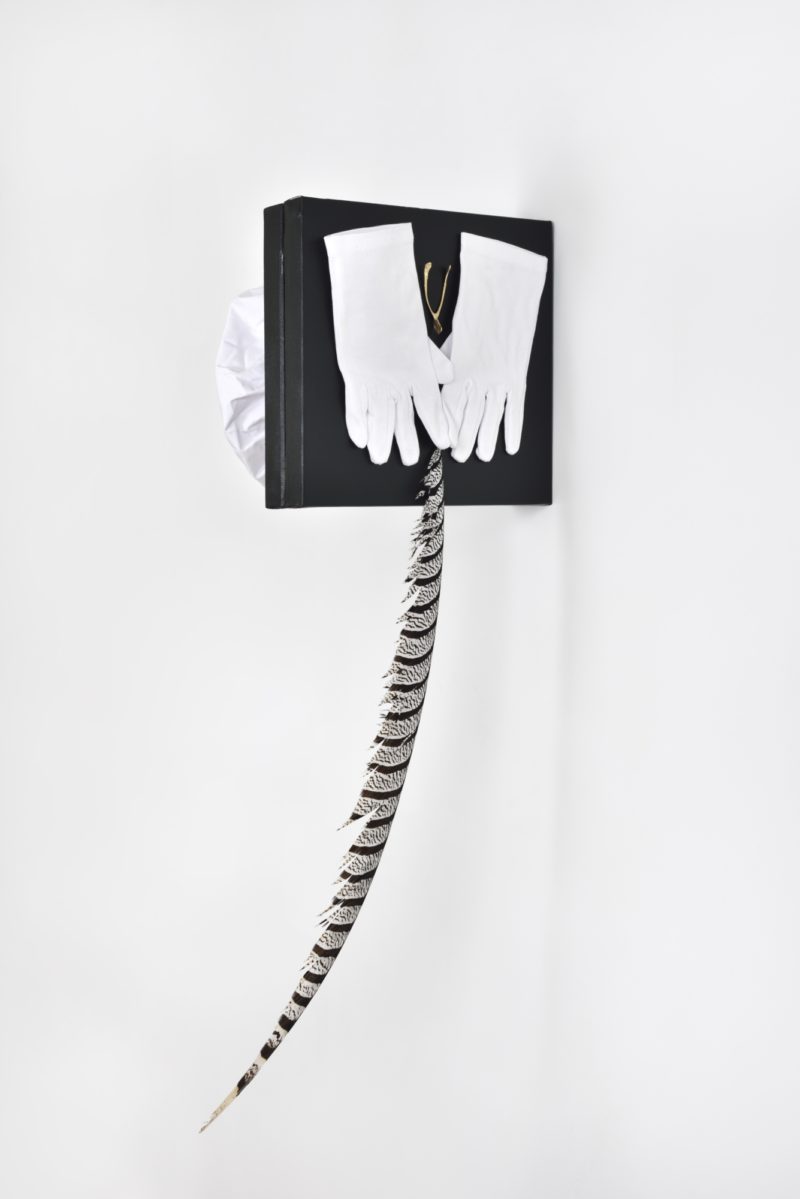 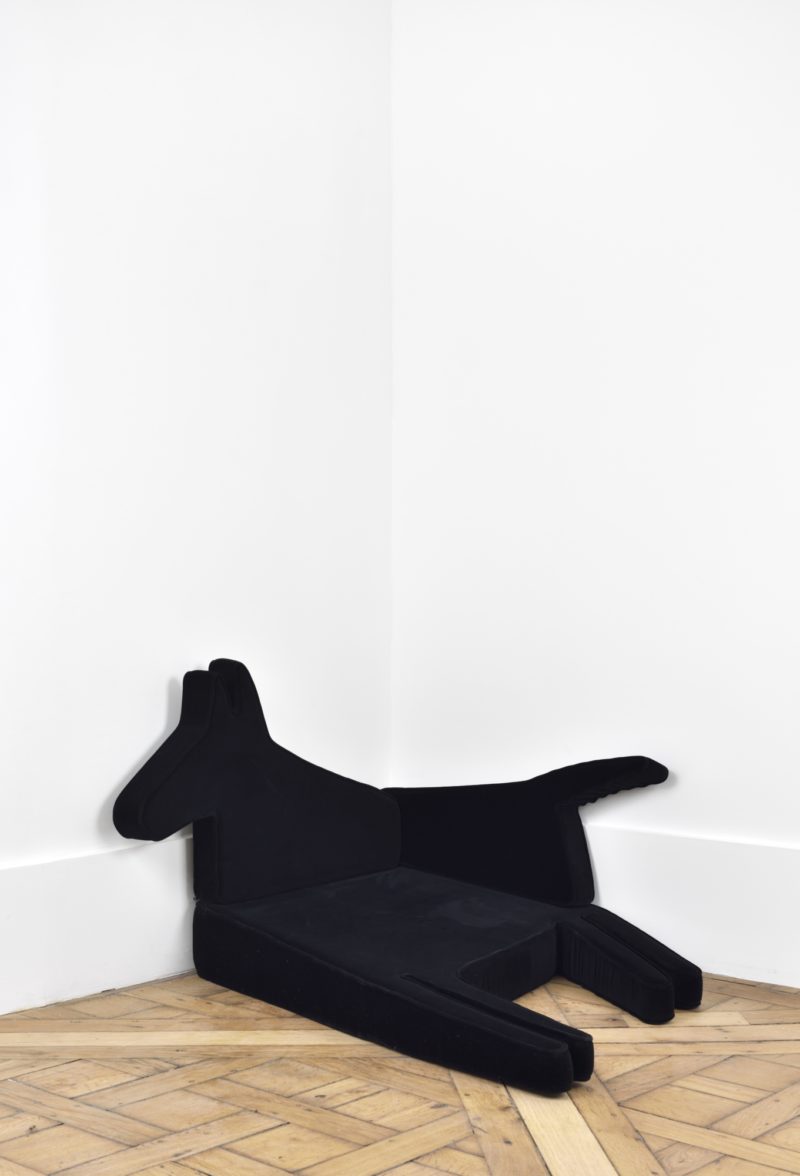 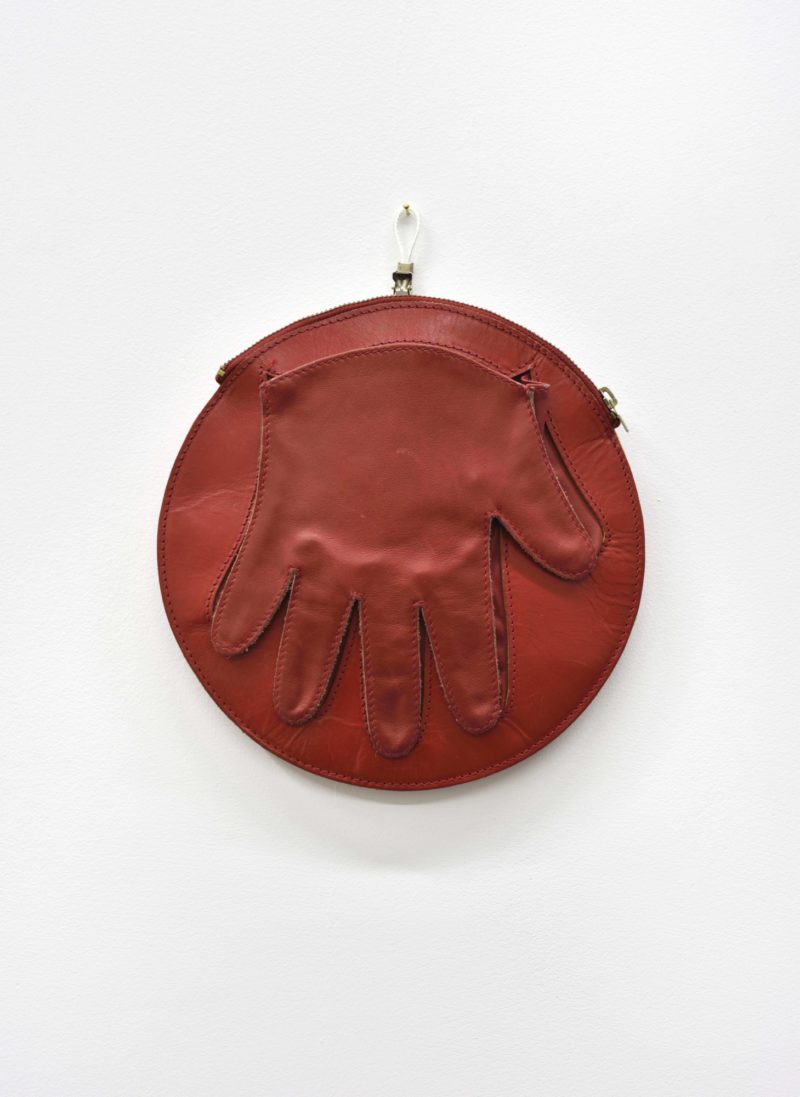