Campoli Presti is pleased to announce Christian Bonnefoi’s first solo exhibition at the gallery, running concurrently in London and Paris.

Over the past 40 years, Christian Bonnefoi has largely contributed to the fundamental distinction between painting – a visible surface – and tableau – an analytical plane subject to division and structure.

Bonnefoi has organized his work in long series, developing them around his ongoing Babel series, which he started in 1978. His parallel series Janapa, inspired by constructivist interrogations on painting, started the same year and acted as their geometric counterpart. To dismantle the unity of the surface, the artist engages in a set of operations that consider the temporal effects of the collage (doubling, drying time, repetition of steps) and assume the three-dimensionality of the canvas, by rotating and displacing its orientation. In Bonnefoi’s paintings, transparency is not merely a recurring formal element but the organizing principle of his work. In his interweavings, cuts and divisions the terms of his practice are also rendered transparent, allowing the viewer to take part in an infinite interplay between what is visible and what is concealed.

For his exhibition at Campoli Presti in London, Bonnefoi presents new paintings from his latest Babel series, a freestanding double-sided panel, and new collages. The exhibition in Paris is dedicated exclusively to Bonnefoi’s recent collages, giving accent to his elaborate use of masks, cuts and openings.

Bonnefoi’s new Babel series originated from a remake, a starting point in the process of creation that evolves from a former procedure, present in a previous Babel. Caught up in unending cycles of return, the artist engages in a retrospective reading of his work. As in the Big Bounce cosmological model, the formation of a material reality does not expand from a single event but rather follows an eternal series of oscillations between the past and the present. For this new series, Bonnefoi explores further manipulations of the tarlatan, a sheer, open-weaved fabric applied in different volumes, allowing the surface to become more complex in depth. His double-sided panels include the position of the viewer as a necessary element to define the work’s standing point.

In his wall-based collages, different levels of transparency are achieved through the use of cut-out tissue paper. The compositions are made by independent elements pinned at a finely calculated distance that could be continuously replaced or expanded throughout the entire wall. The spending of the material in different curved sections takes the plane into a wider spatial organization. These compositions abound in literary references that take time as an obsession, such as Marcel Proust’s incessant need to receive a nightly kiss from his mother in “Remembrance of things past” or Giambattista Vico’s cyclical -corsi e ricorsi- evolution theory.

A student of Hubert Damisch and Jean-Louis Schefer, Bonnefoi worked closely with Yve-Alain Bois and Jean Clay around the journal Macula in the mid-seventies. Bonnefoi’s work has been later contextualized within revised discussions on American and French perspectives on painting, forming part of the exhibition As Painting, at the Wexner Center for the Arts in 2001. 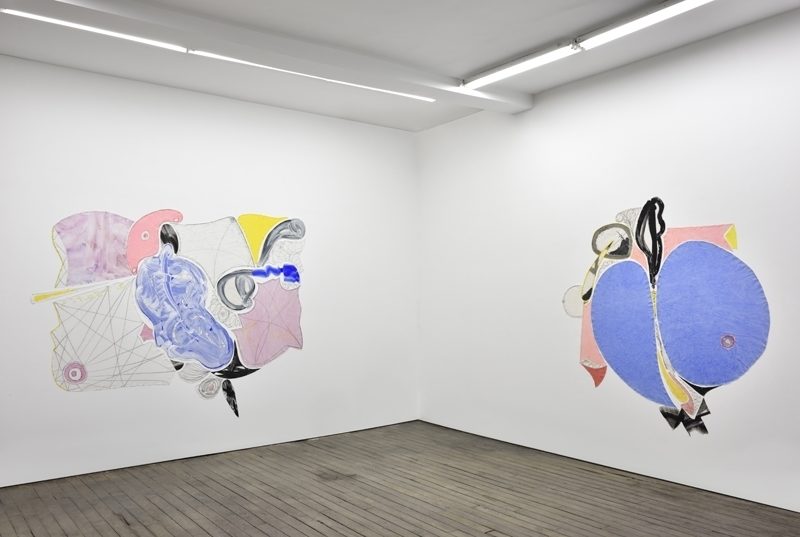 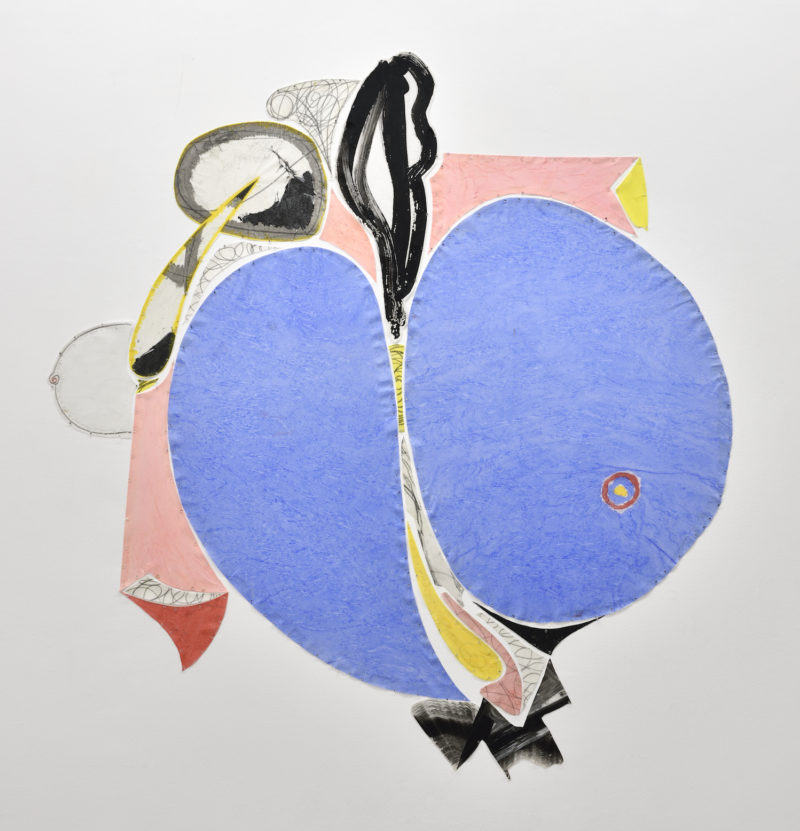 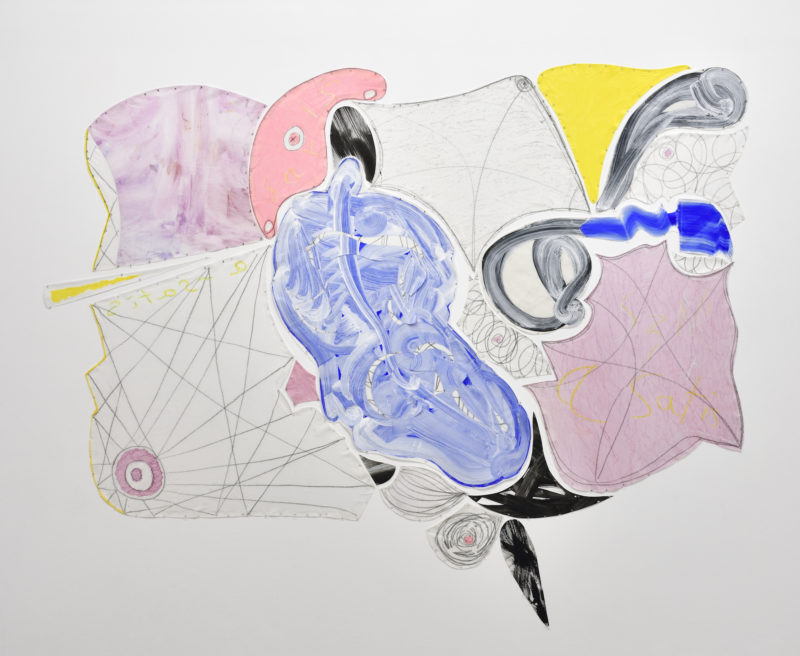