High-visibility yellow is for maximum retinal stimulation in already hyper-stimulated urban environments. It fights and overwhelms Reena Spaulings’ pigments, sometimes causing strange optical shifts, making certain greens look purple while normally bright and primary yellows become dull like mustard on the anti-colour of the high-viz support. With the Gilets Jaunes movement in France it emits as a pure signal: end of politics, end of civil society, failure of the neoliberal project, human emergency.

Campoli Presti is pleased to announce Lion Hunt, Reena Spaulings' fifth exhibition with the gallery. This show takes Eugène Delacroix’s 1854 painting The Lion Hunt (Fragment) and high-visibility yellow as points of departure to explore the idea of composition as an active clash between bodies, colours and gestures.

The Lion Hunt was half-destroyed in a fire and RS fragments the composition further across a series of vertical formats, focusing on and sometimes repeating details. Delacroix also painted several fast sketches and tests in advance of the final work: RS looked at these too, channeling the speed and action of his smaller format sketch-paintings, where the lion hunt scene verges on action painting and - via speed and force - abstraction.

According to Isabelle Graw, one of the ways in which vitalism manifests itself is in the way painted works create the impression of the presence of artistic labor. With multiple painters and paintbrushes activated at once on each canvas, Lion Hunt’s tumultuous manufacture, and the high-viz yellow overwhelming and modifying the rest of the pigments, presents painting as the result of force relations, staging vitalism as a plastic signal. 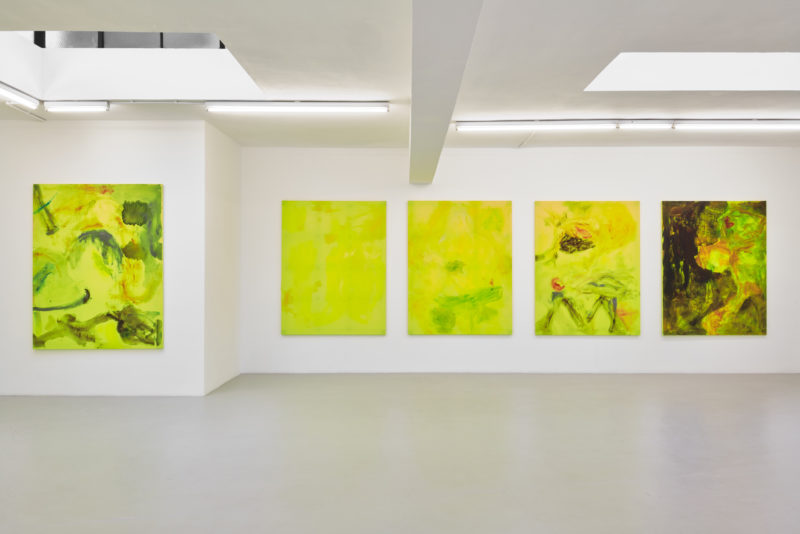 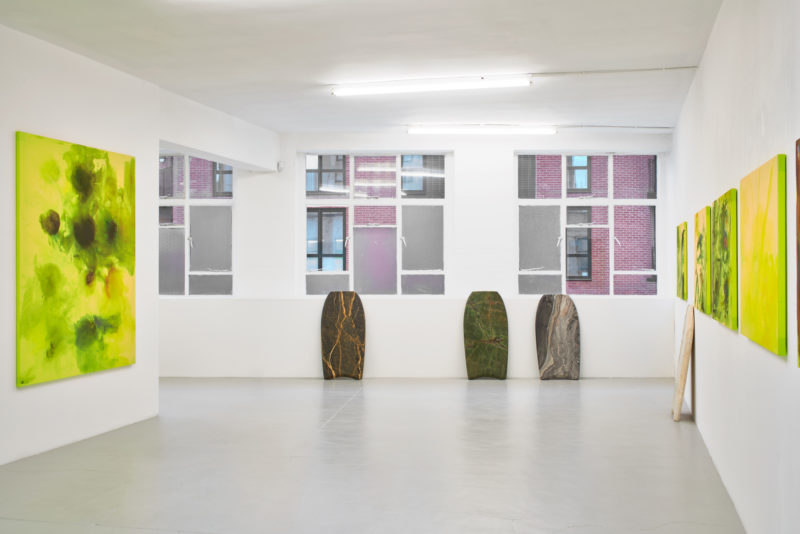 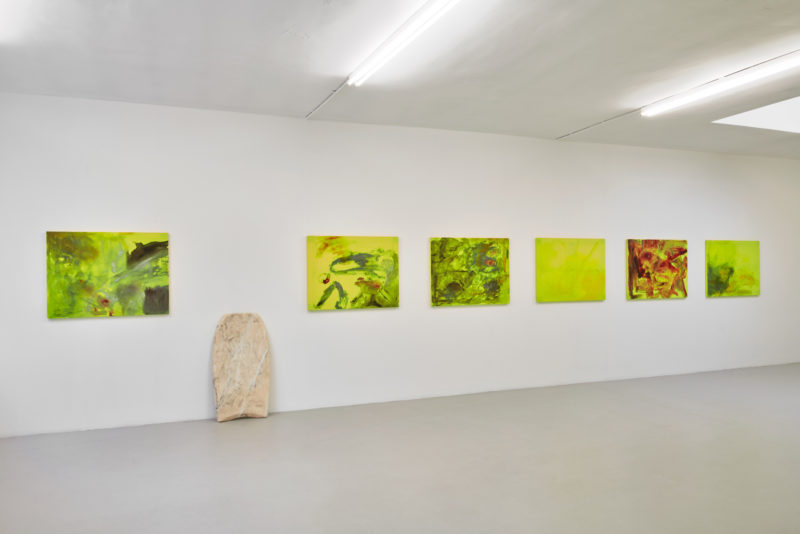 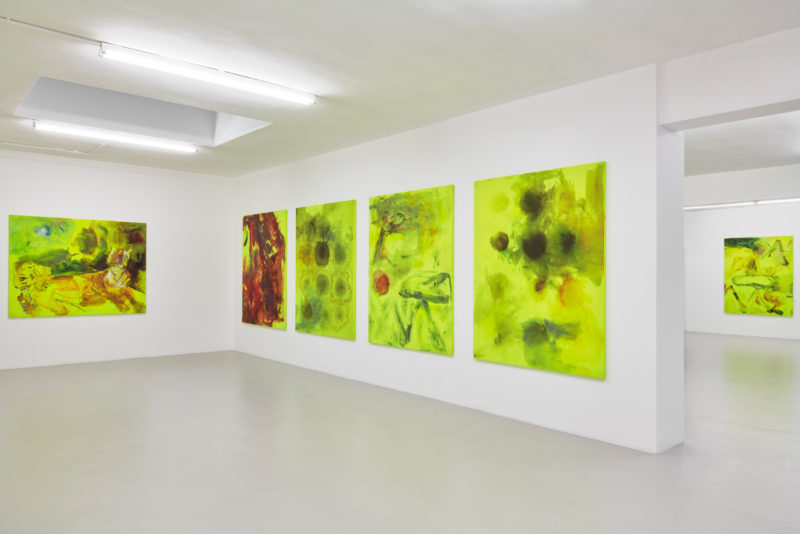 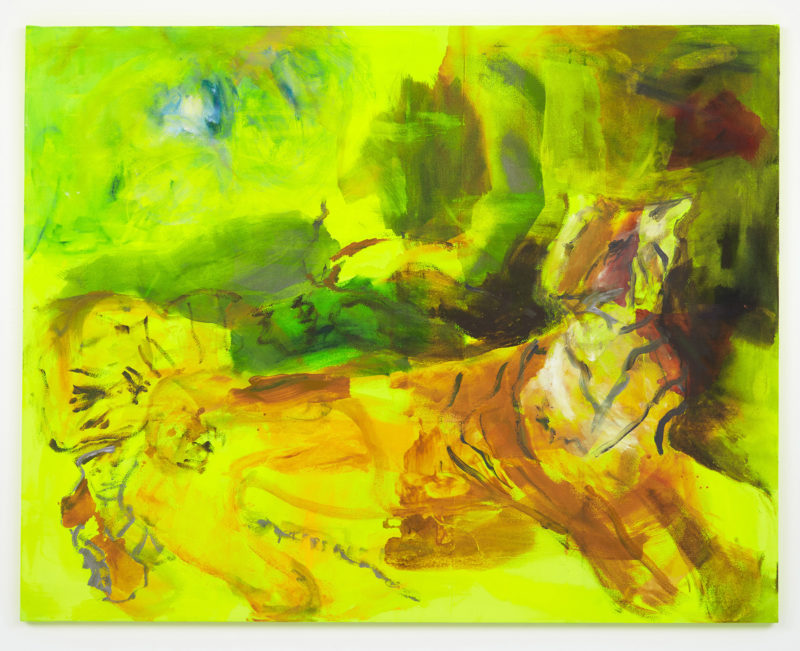 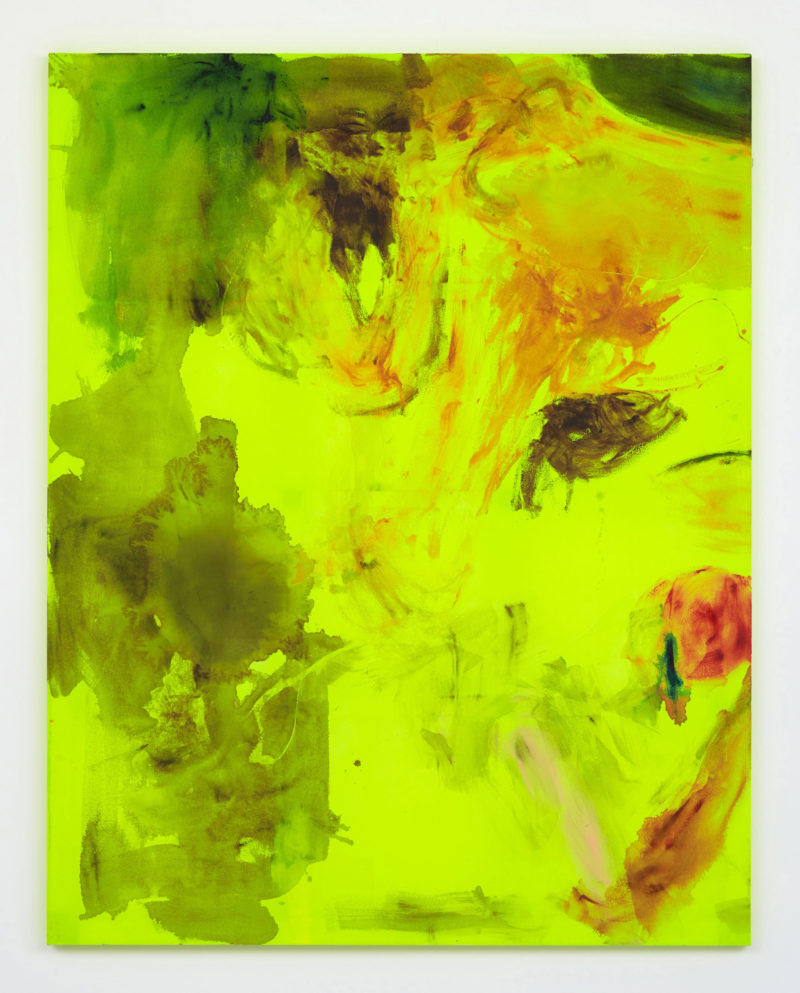 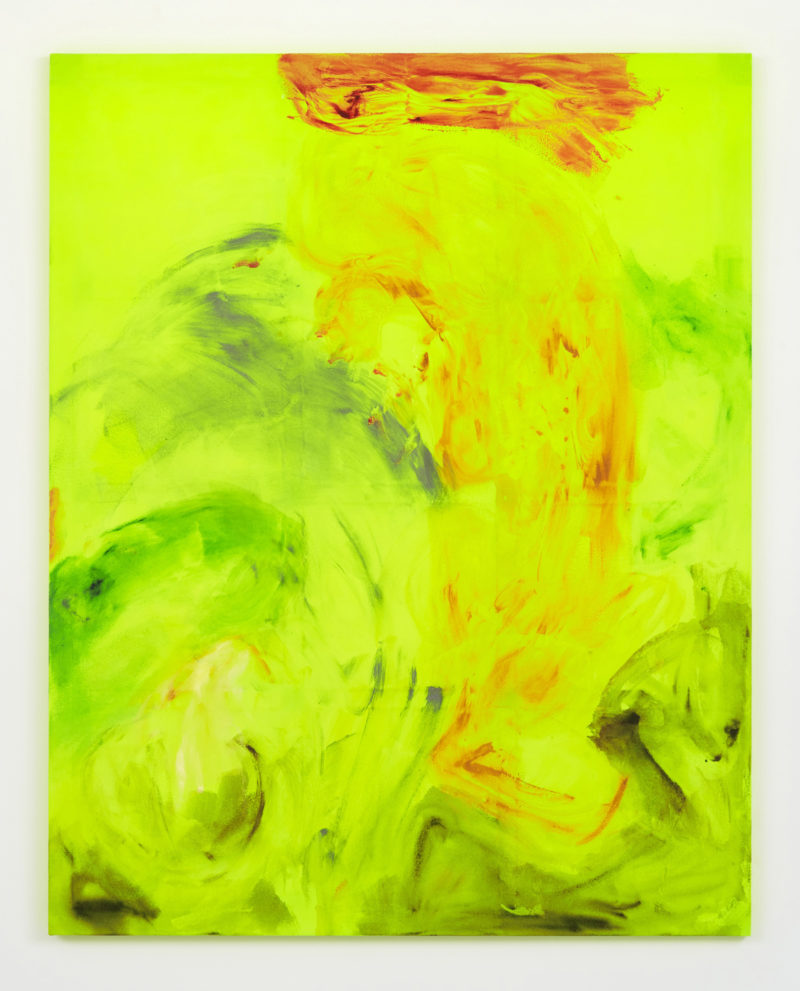 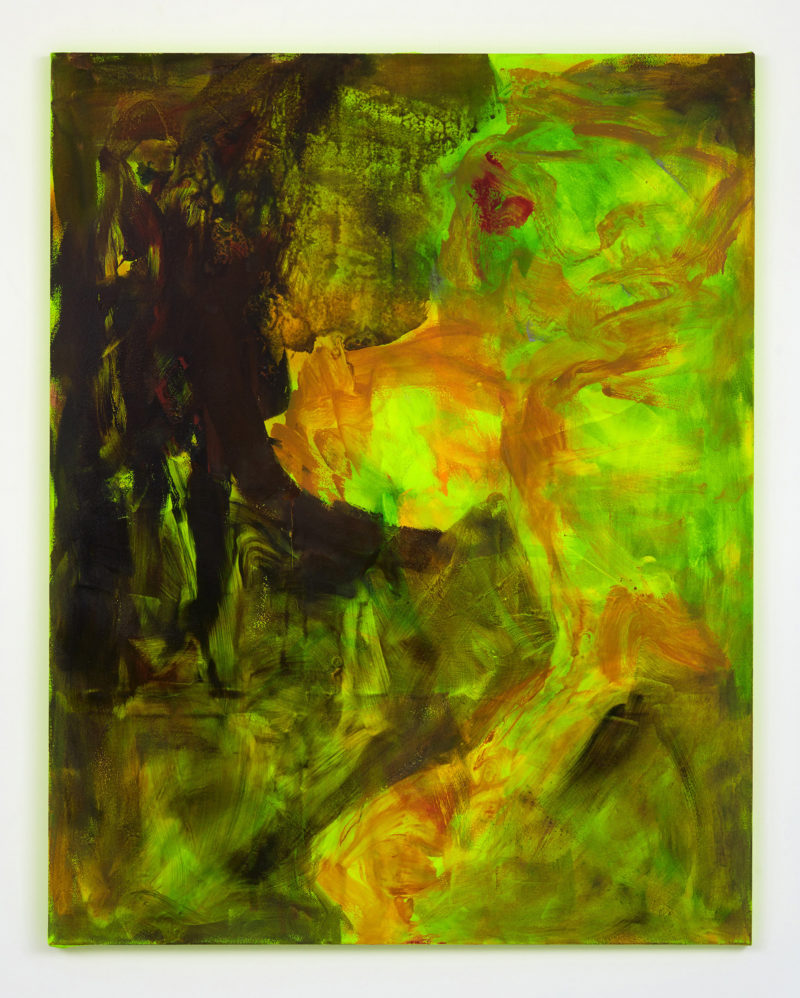 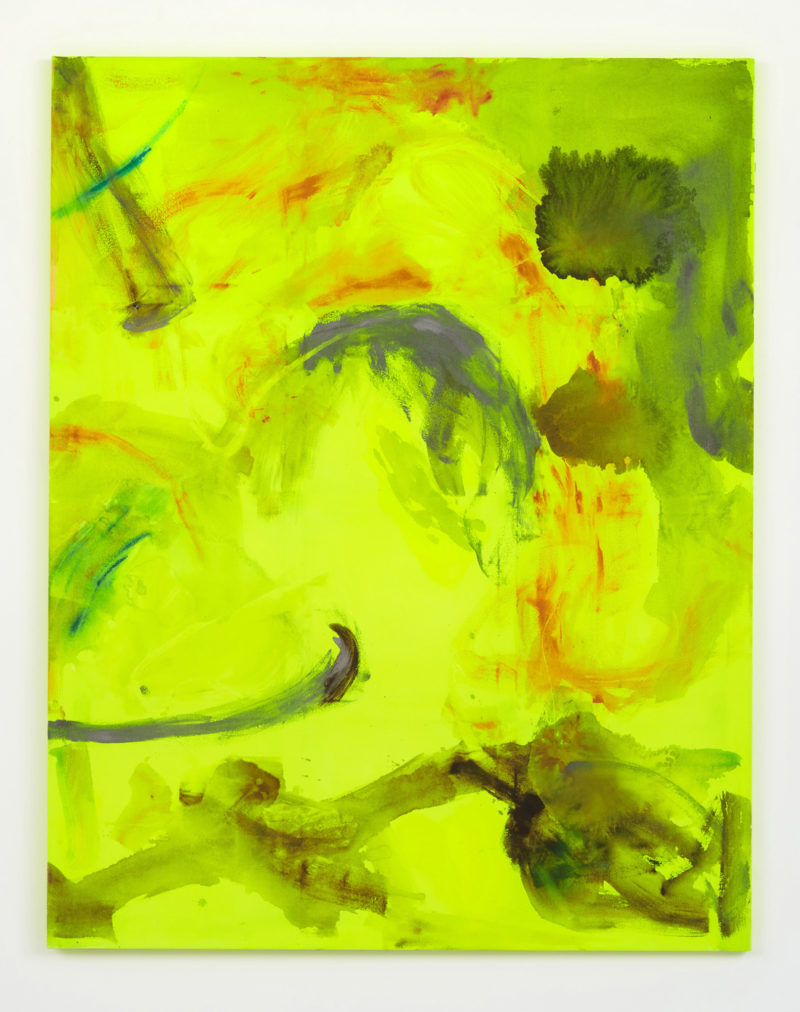 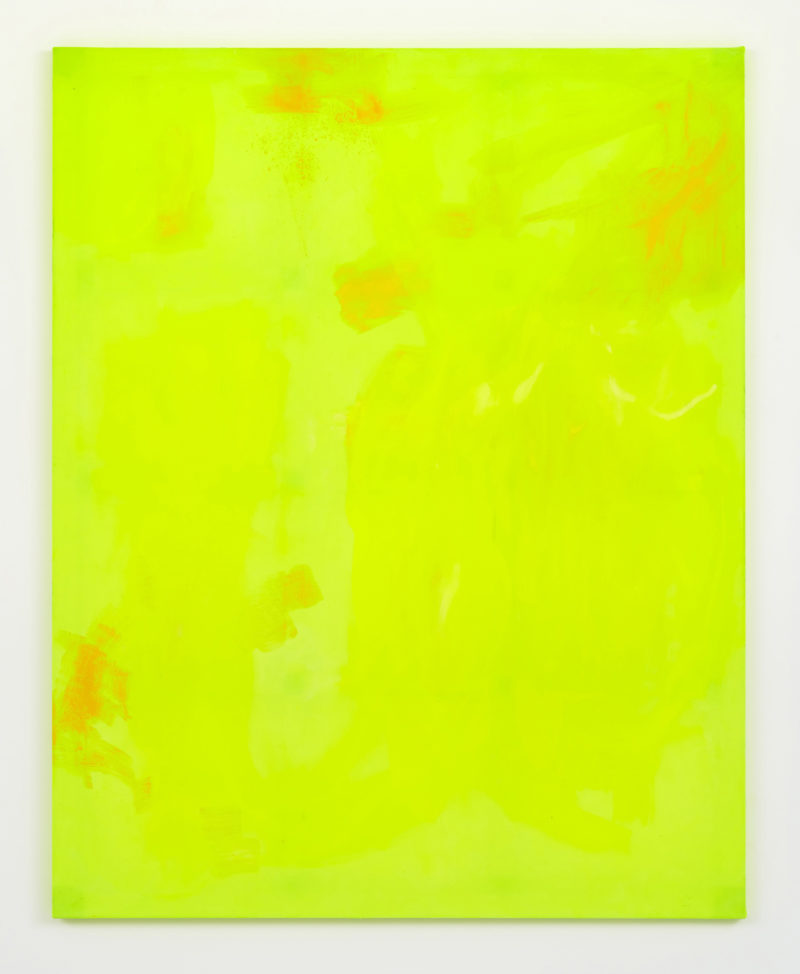 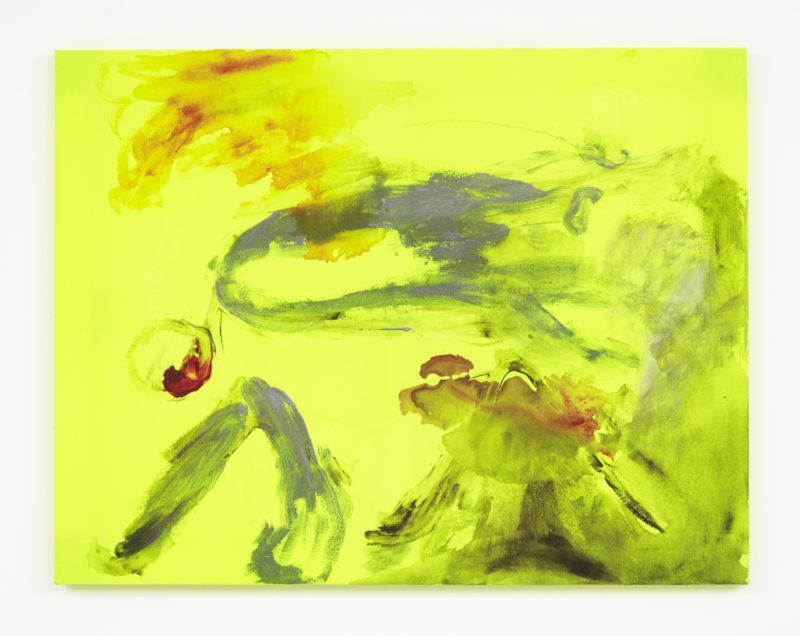 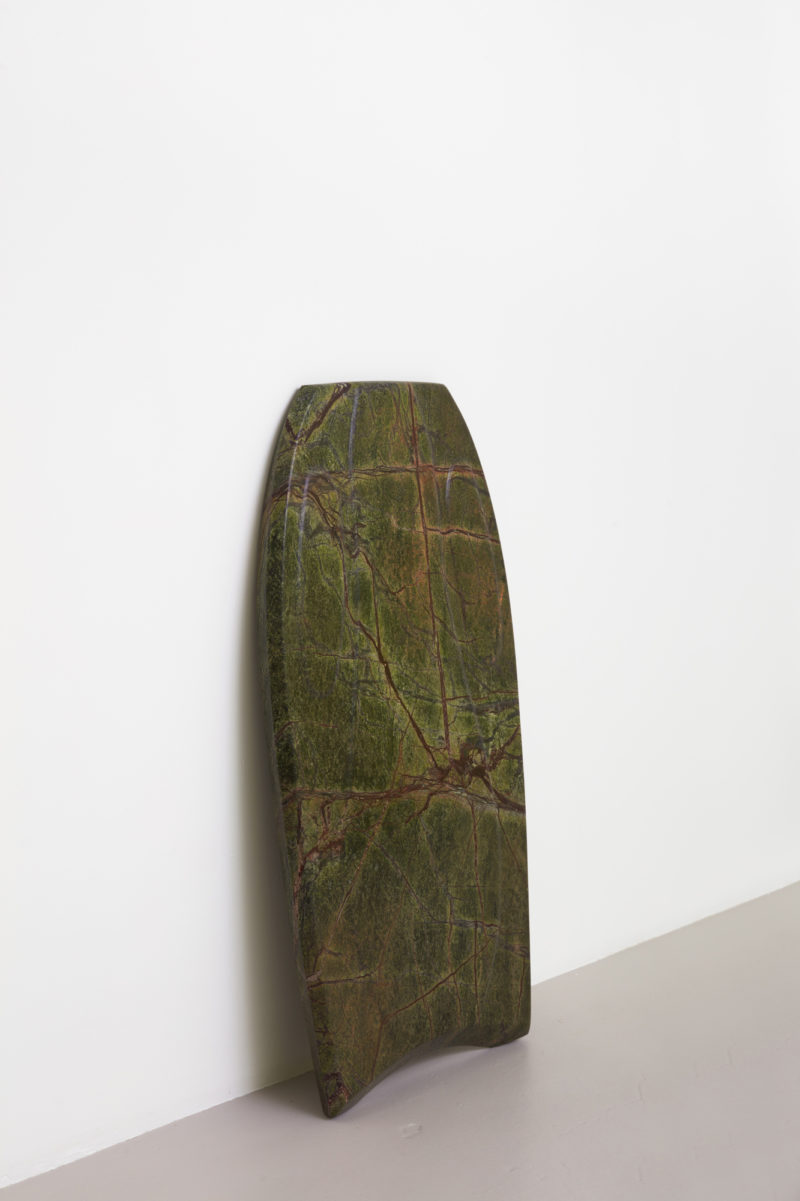 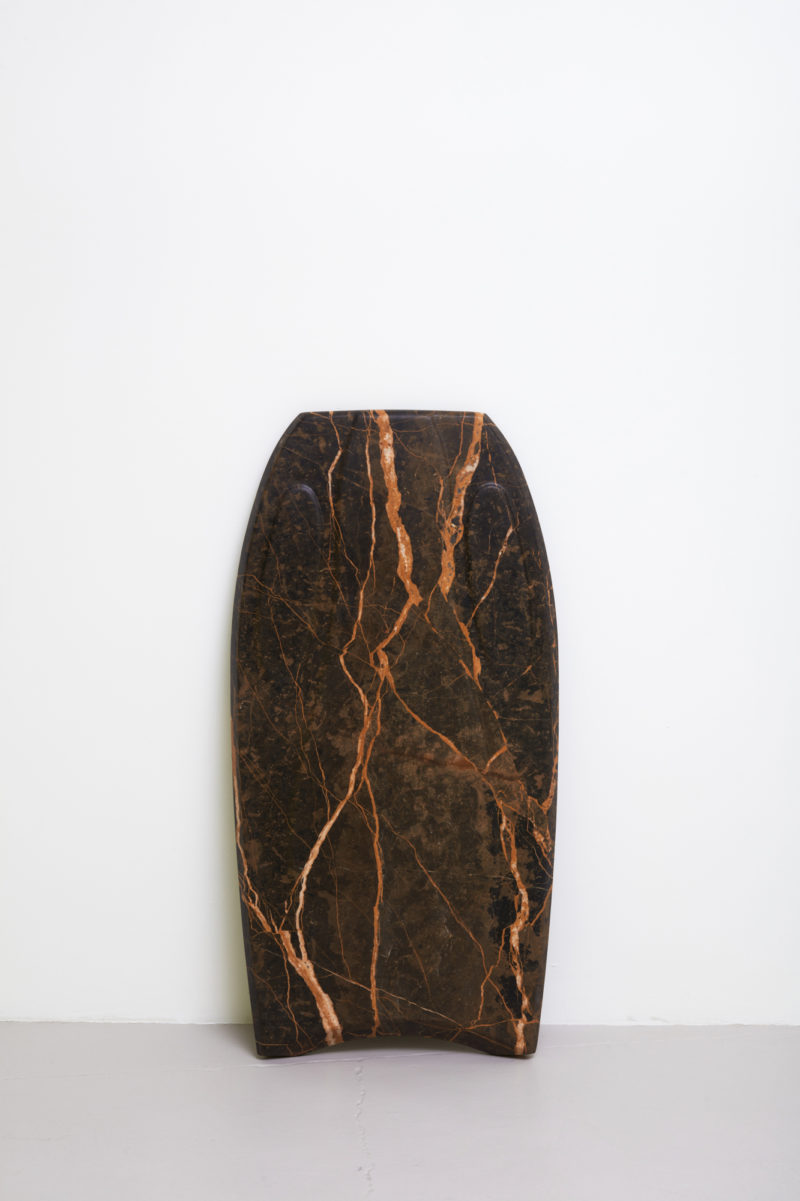