Following her installation in Paris as part of the gallery’s series of exhibitions A Moveable Feast in 2014, the artist takes the gallery’s ground floor and third floor as a platform to map painting’s position in an extended space that delineates both their continuity and their intervals of silence.

Within the frame of her unruly readings of male masterpieces, Koether takes Jean-Siméon Chardin’s “La Serinette” from 1753 as a point of departure to think about painting as an organic apparatus that embodies varying functions. Chardin’s work depicts a young woman that interrupts her needlework to play the serinette, an organ that artificially imitates birds’ sounds to teach them how to sing in isolation from their environment. Koether’s installation in two different series of rows reinstates Chardin’s genre scene to form a space chord, a continual, stretched-out sound that gathers the vastness of a space.

The first group of seven paintings that form part of the installation in the gallery’s ground floor, titled pique- niques (1), continues Koether’s investigation on painting as an actual body in which the crusty, crass, glittery and crude present themselves all at once and form an independent materiality. The over determined shape of the canvases is cancelled out and loaded in rich shades of red, pink and gold until loosing their point of balance and activating their movement into different angles.

On the third floor of the gallery space, Koether presents pique-niques (2), a series of seven black paintings that follow the embedding of sense and existence into the material of paint matter itself. In the same way as in her red paintings, black is a colour Koether has returned to repeatedly since the 1990’s. The properties of the material, like in the heart-shaped canvases, bring together the work’s physical qualities with the artist’s physical processes. Dim or profuse lighting proposes a scale of textures and different assimilations of form into the black. Through a number of references to art historical figures, Koethers follows a process of ongoing signatures, reinstalling painting through painting. 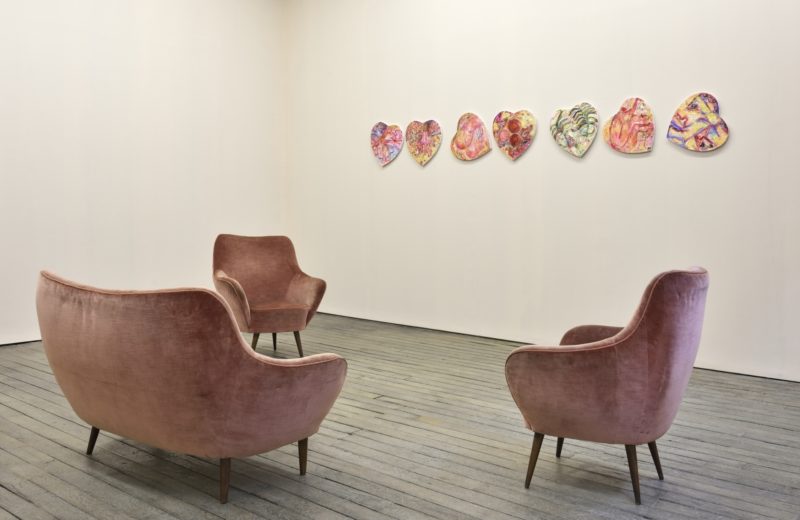 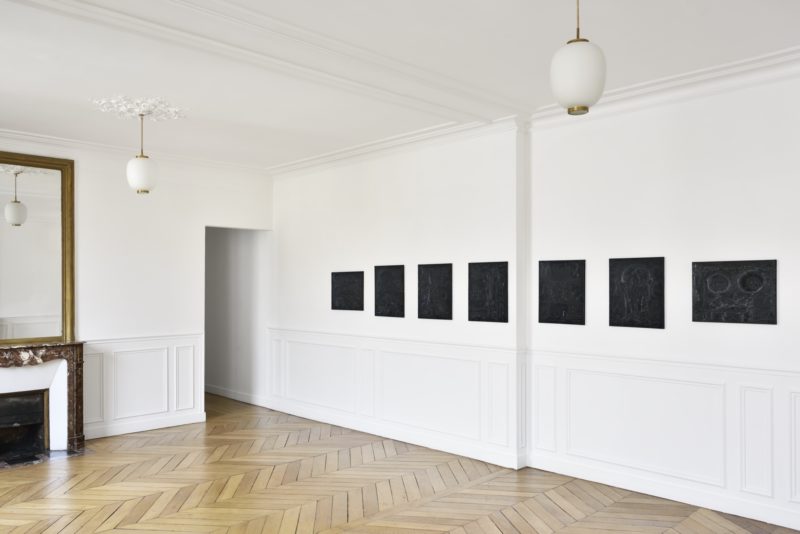 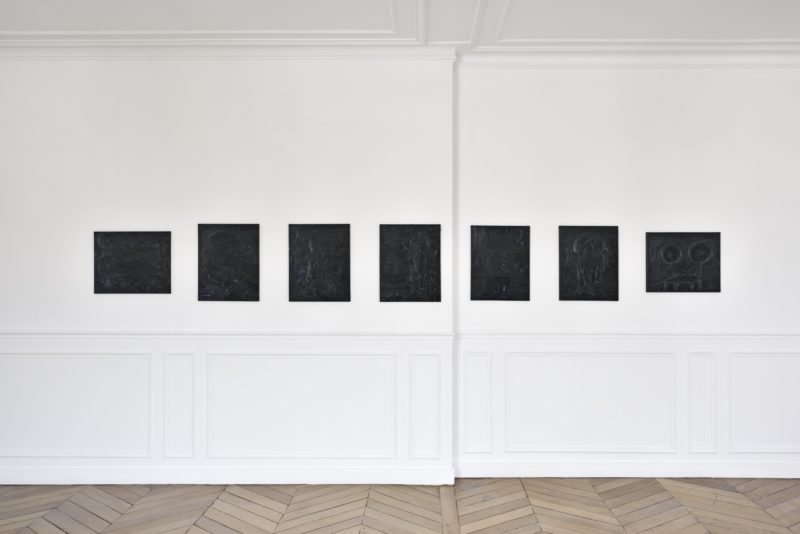 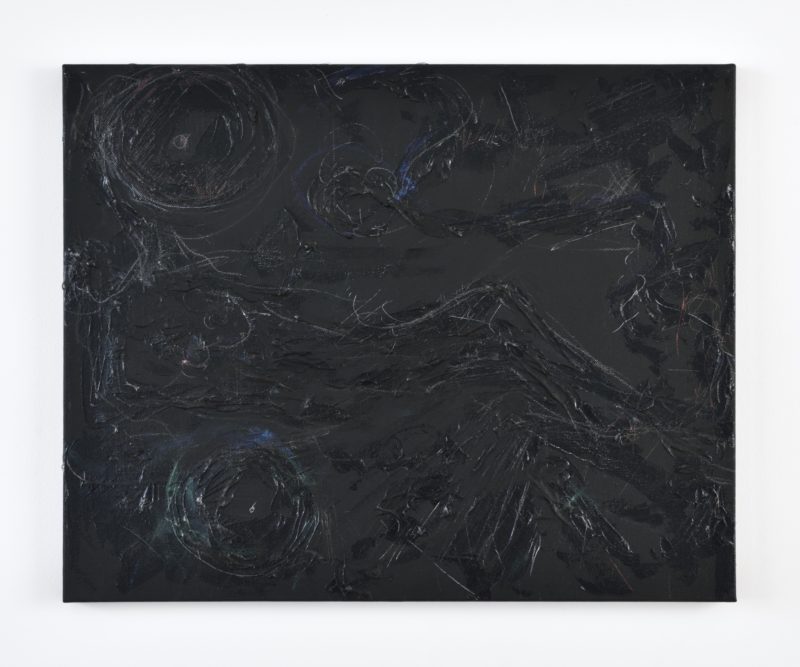 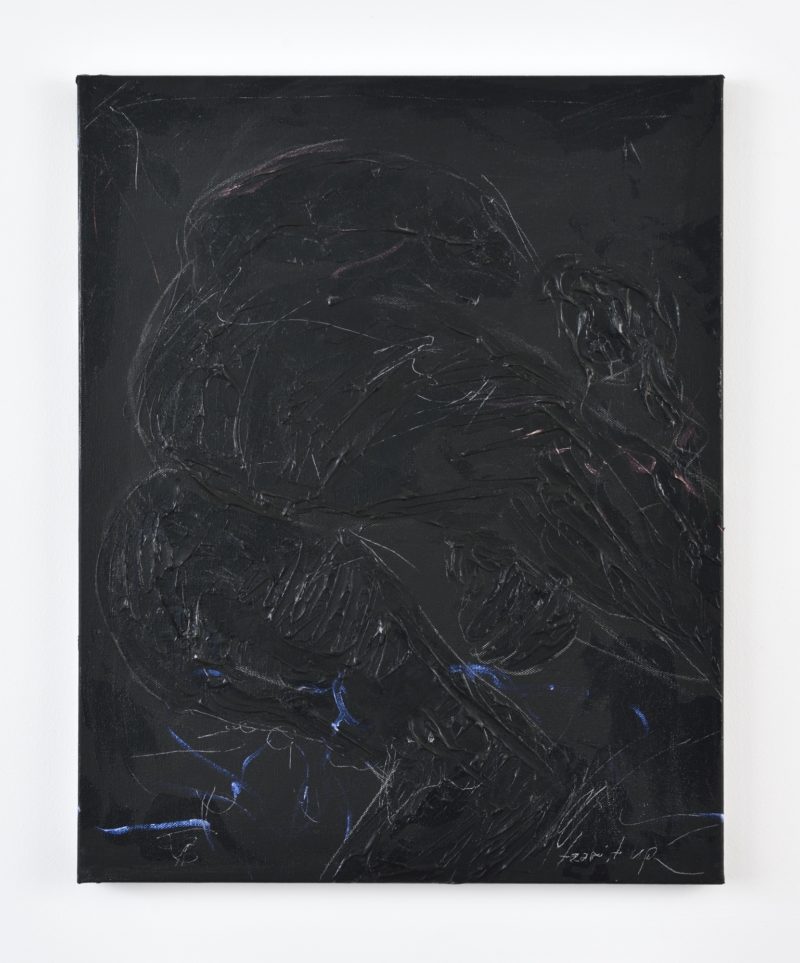 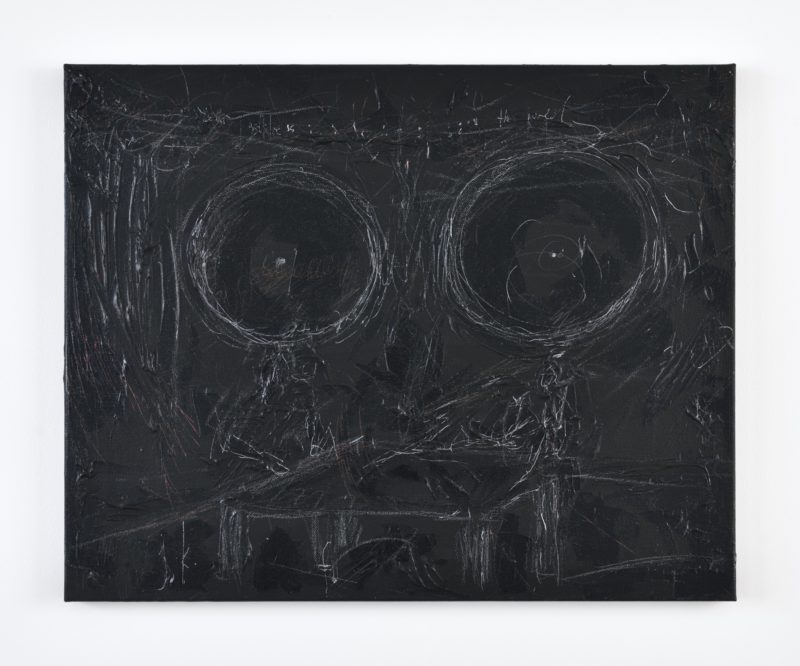 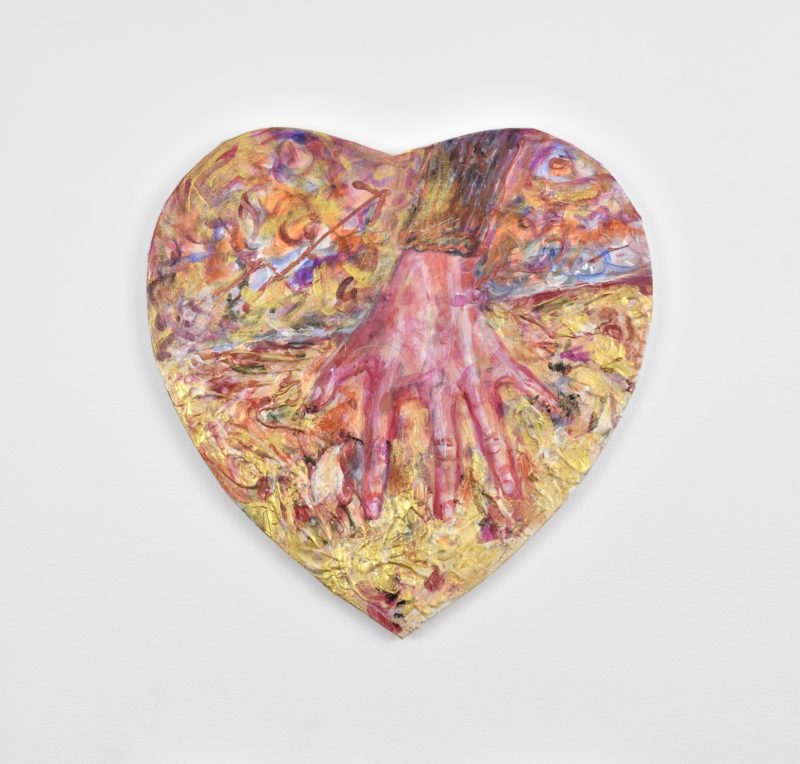 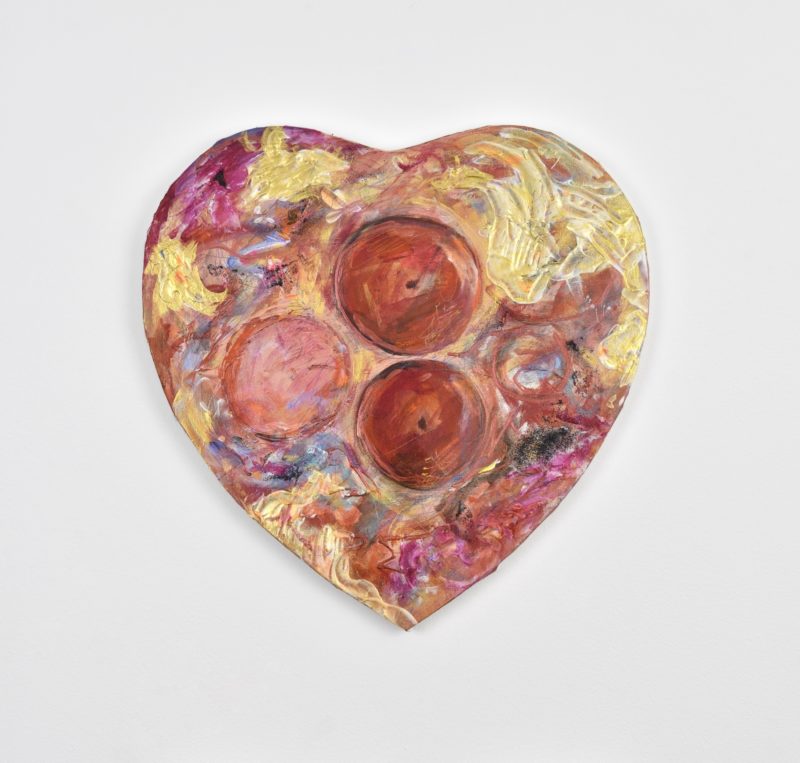 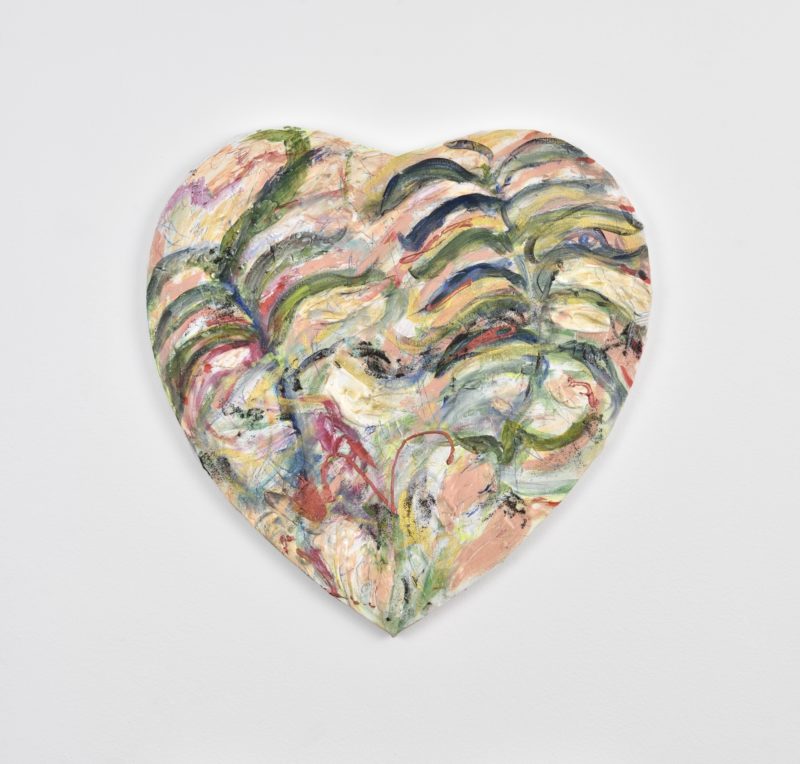