Self Portrait with Visor - Exhibitions

Self Portrait with Visorbrings together artists who explore the politics of looking and the role of the body in the social organization of gazes. This exhibition reflects on the relationship between the observer and the observed, mediating our sense of fantasy, discipline or complicity. The works take the form of case studies which explore heterogeneous uses of the figure and the precise ways in which they subject the observer. The mutual constitution of visual images and spectators, argued in John Berger’s book and television series Ways of Seeing unfolds throughout the exhibition space, in a range of complex and often non-rational forms of perception.

Sara VanDerBeek’s long term project Women & Museumsexplores the female form and experience across time periods and cultures, by examining institutional authorship and authority in the 21stcentury. Her series of classical Roman sculptures depicting women engages a series of framing, lighting and printing processes that seeks to recreate the artist’s original encounter with the objects, translating memory into image. The distance between thinking, making and perceiving the work is also present in Nick Mauss’ reverse-glass-painted mirrors. Painted on the reverse side of the glass, the finished work appears once the painting is covered in a mirror coating, suspending the drawing in a reflected space. The panels often depict incomplete renderings of human bodies, placing different layers of veils between the act of looking and the spectator’s own reflection entangled within the image.

The invention of Bezier’s curve in 1962 indicated the beginning of a tendency to conceptualize and produce objects digitally through a pre-defined sequence, a mode of production that has guided Cheyney Thompson's latest work around Cézanne's Study of the Allegorical Figure Bellona in Rubens' “The Apotheosis of Henri IV”, 1883/1886. Thompson transcribed Cézanne's set of 10 drawings line by line using vector-based paths. By extracting a specific set of functions, the drawings become an abstract script independent from their output. The legendary female figure of Bellona becomes a site of translation between different regimes of image production, first Rubens’, then Cézanne’s, then Bézier’s through Thompson himself.

An observant witness of the 60’s euphoria around technology, Kogelnik examined an increasingly mechanized world in which bodies are continuously transformed or disposed. Using her own body or that of male or female friends, she traced their outlines onto various materials that she would then cut out and reuse in her artworks. In her series of Hangings, which began in the late 1960s, these silhouettes were hung on hangers or drying racks like empty skins. Eileen Quinlan’s nudes, a project undertaken since 2014, distort the female body by effect of physical interventions on the photographic negative followed by the negative being pressed against her shower glass. Under the circumstances of new motherhood, her bathroom became a studio where identity, sexuality, mortality, and the domination of women’s bodies could be confronted. The glass shower wall, itself ossified sand, acts as both a limit and an imaging surface where the compressed, abstracted body is rendered.

Artist, performer, curator and cofounder of Reena Spaulings Fine Art, Emily Sundblad fluidly performs different identities. In her work, advertisements, souvenirs, floral arrangements and songs participate in a web of commerce as artworks only by declaring its value. As a fashion designer, the artist made a collaboration with Proeza Schouler, a white wedding dress and a veil that mimics a cage making it suitable for both a wedding and a funeral. The unworn dress, akin to the isolated lips in an oval painting, bear the trace of a fugitive body, caught between unpredictable personas.

As powerful instruments for the performance of different identities, masks can be adopted for various purposes of protection, ritual, entertainment, transformation, and disguise. Sylvie Auvray’s masks are not necessarily meant to be worn, but their expressionist features situate them as a means of communication between humans themselves and possibly non-human ancestors. Broken down into multiple variations, they suggest endless possible masquerades through which we can perform, however, neither nor never all-powerfully. 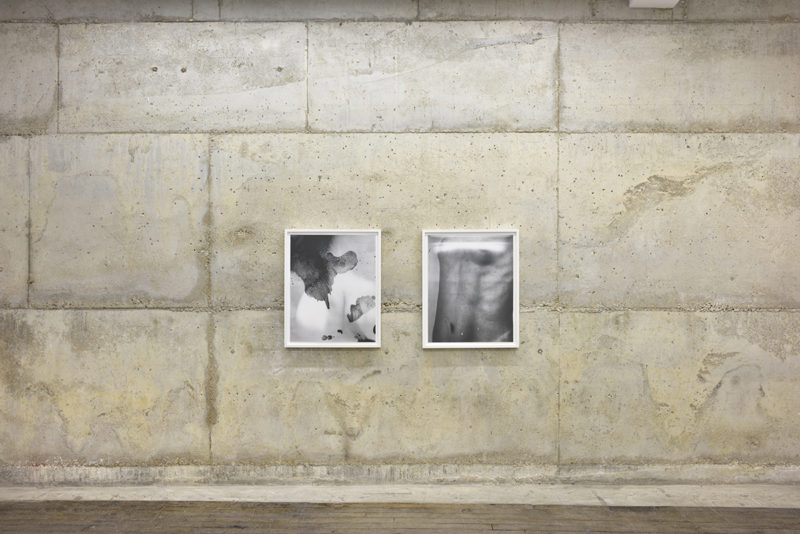 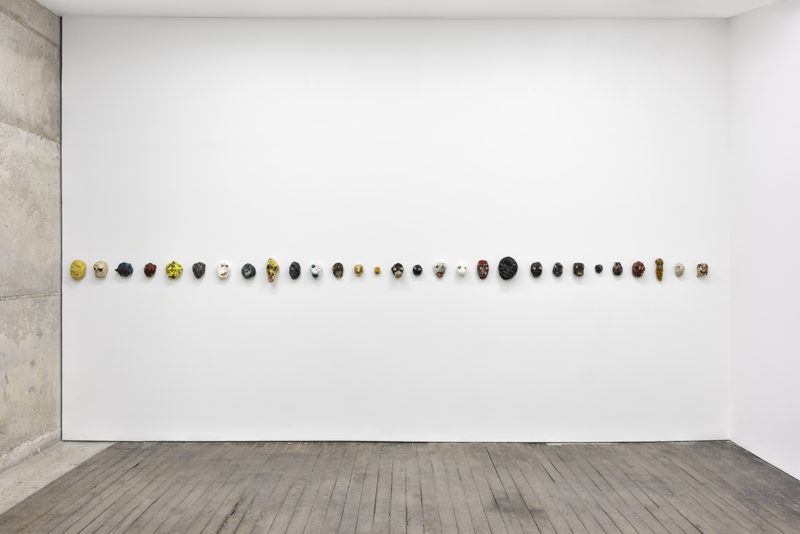 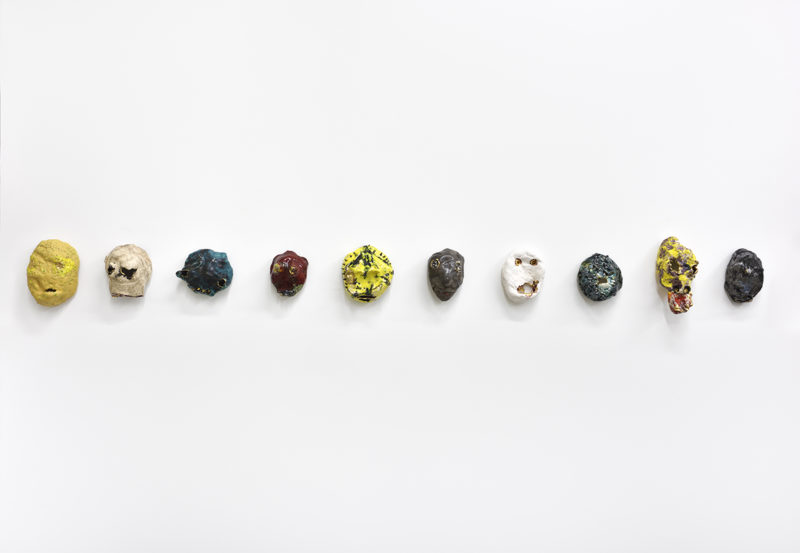 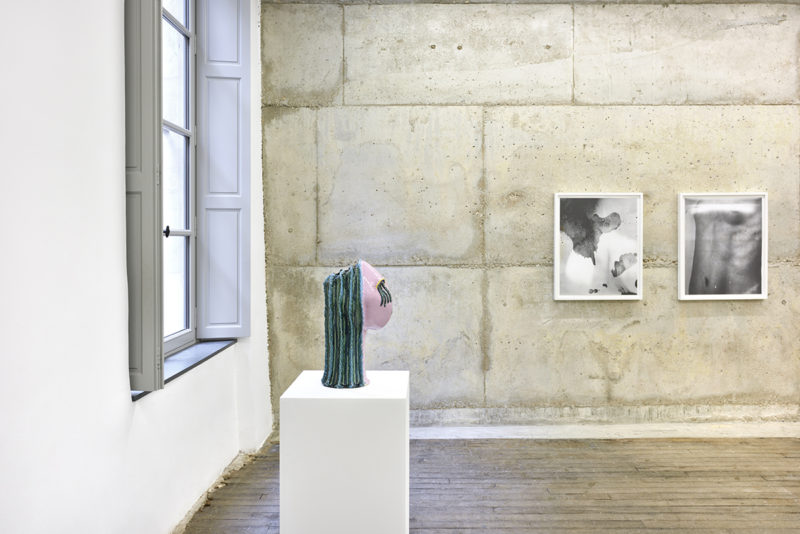 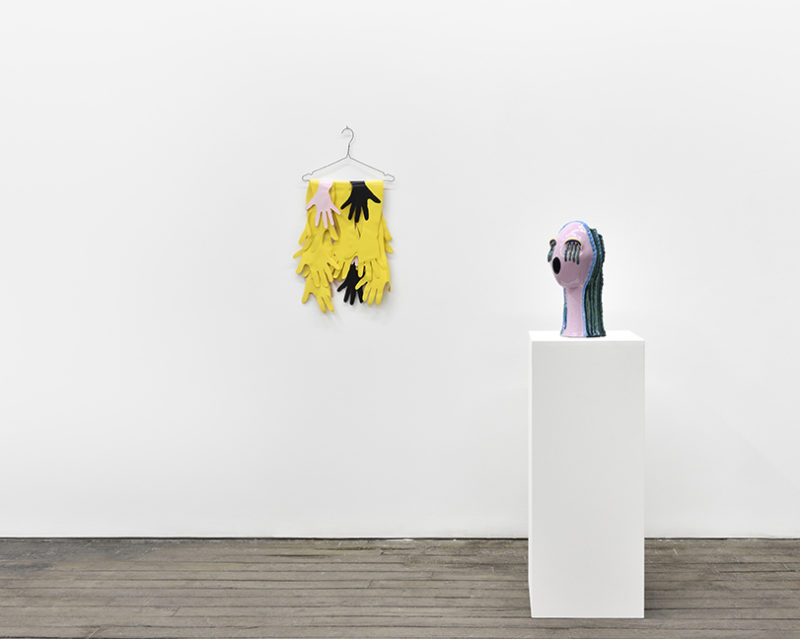 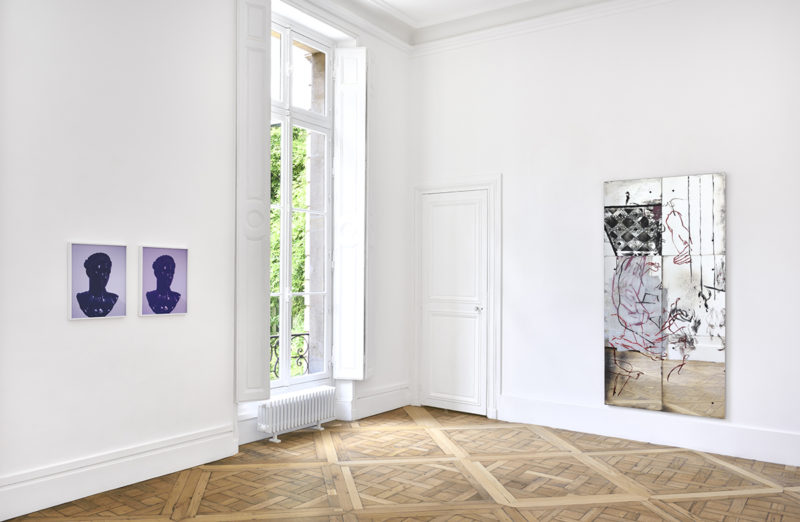 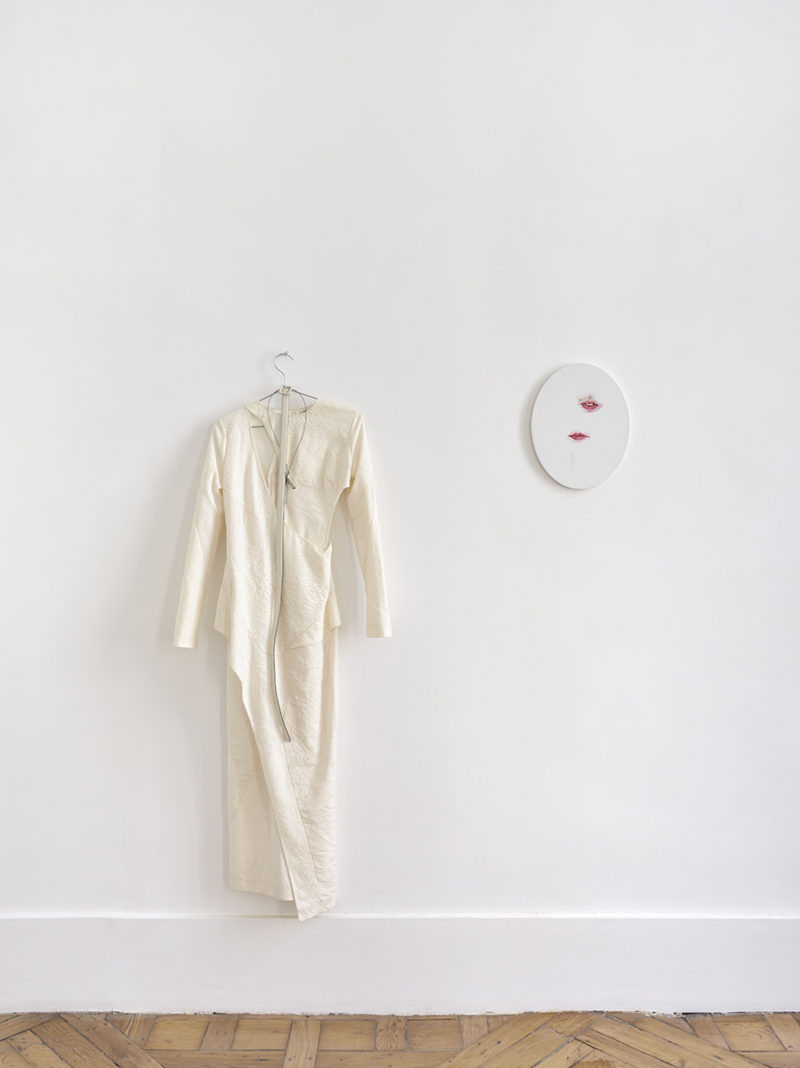 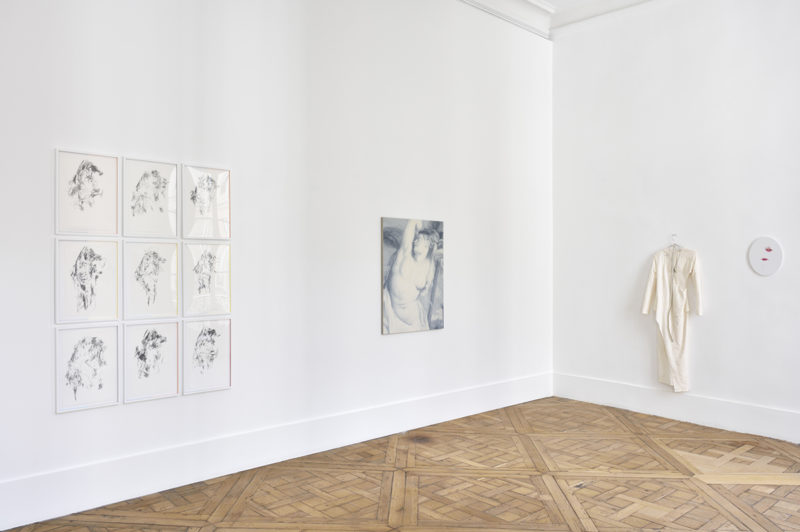 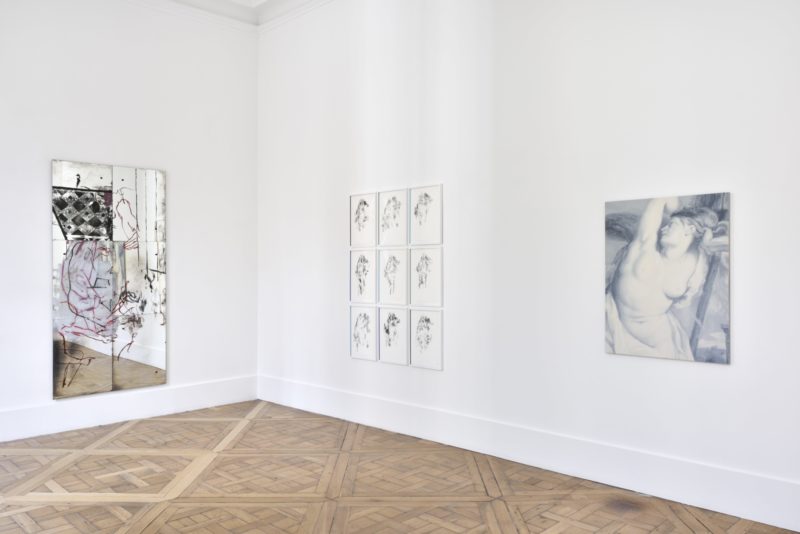