Sutton Lane is pleased to present the first solo exhibition in London of Liz Deschenes.

The most recent investigation entitled Moirés are made from placing two negatives in the enlarger of the same image (perforated paper) slightly out of registration to create distinct patterns. The Moiré series defy two separate expectations of the photographic medium – depiction of a past event, and a static representation of that moment. Due to the physical affect of the after images, the work appears to move and reconfigure, challenging preconceptions of photography’s roles and its relationship to architectural space or site.

In the second gallery, Deschenes is presenting a series from 2003 entitled Black and White. This project continues her interest of examining the omnipresent screen, from its analog beginnings to its digital present.

In Black and White Deschenes questions the importance and relevance of the distinction between colour and black and white photographs. Early colour processes used dyed layers of black and white materials and even now, this layer process is the base of Kodachrome and Dye Transfer printing, as well as a concept in Photoshop. In this exhibition Deschenes presents images of screens, real and implied, in both black and white and colour. One photograph of a plasma screen reveals white light to be an equal combination of red, green, and blue pixels, printed to appear black at a distance. Light from an enlarger was used to make two silvery grey photograms proportionate to a digital and analog screen. These black and white prints (commonly referred to as Gelatin Silver prints) simultaneously allude to the materiality of black and white photographs and the motion picture silver screen. All of these untraditional photographs are displayed in standard aluminum frames. In using these frames Deschenes references this photographic tradition first used for presenting and preserving Alfred Stieglitz’s work in 1959. The window mats are not entirely standard; the images are over-matted with proportions referencing aspect ratios, utilized in both film and television.

Finally in the first Gallery installed with the Moirés, is a photographic series entitled, Photographs. They are silver – toned black and white photograms with no imagery or content. They look and function similarly to mirrors. Daguerreotypes, one of the initial photographic processes, are often referred to as mirrors with a memory. These photographs share the uniqueness of daguerreotypes, the silver reflectivity, and the mercurial viewing experience. The viewer activates the work, and becomes an integral part of a temporal, unrecorded representation.

“My artistic practice has been completely immersed in the photographic medium.As an exhibiting artist, curator, and educator, I have worked to expand thedialogue surrounding Photography. I believe that there is a schism between theway it has been practiced, and how it’s been considered. I am interested in Photography cultivating a self-reflexive dialogue, while simultaneously reflecting the world at large, and utilizing a vocabulary that integrates concept with form.” 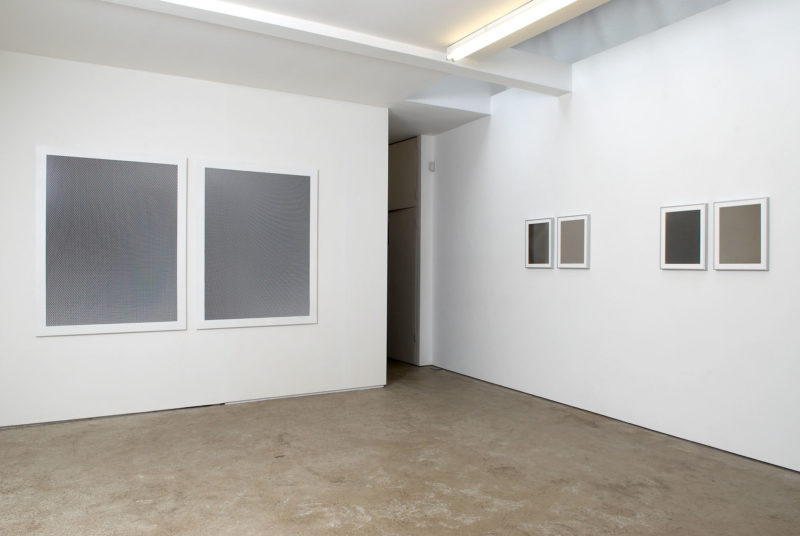 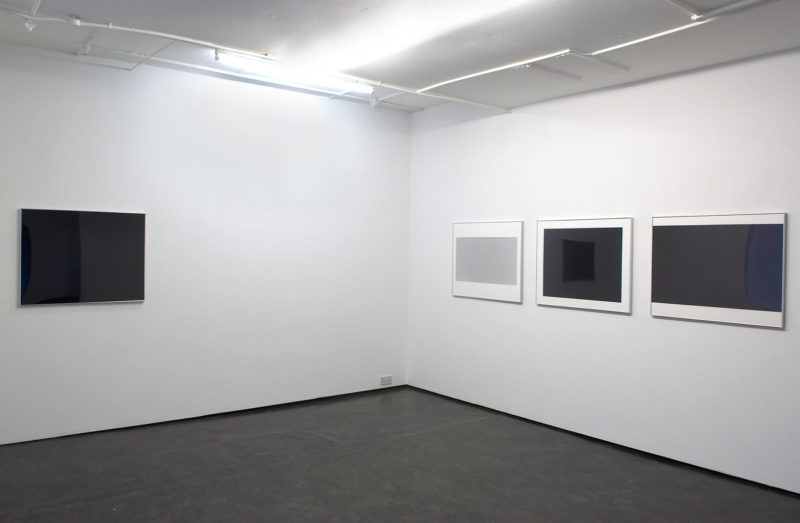 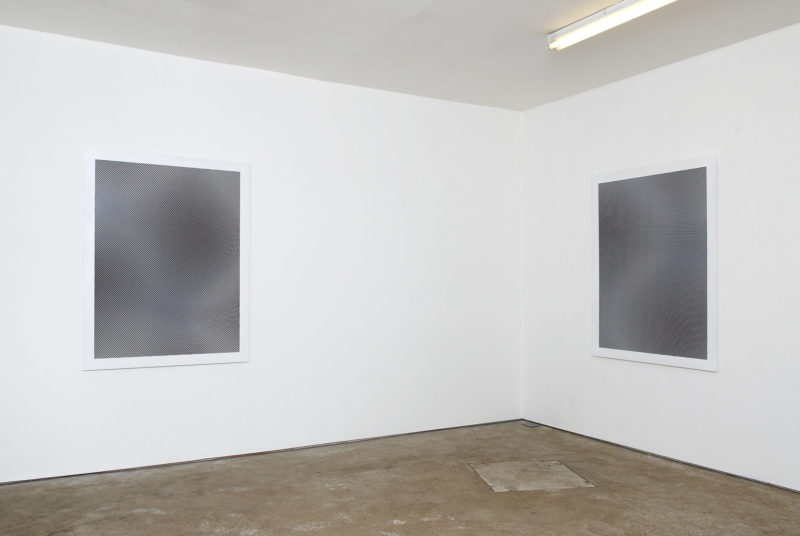 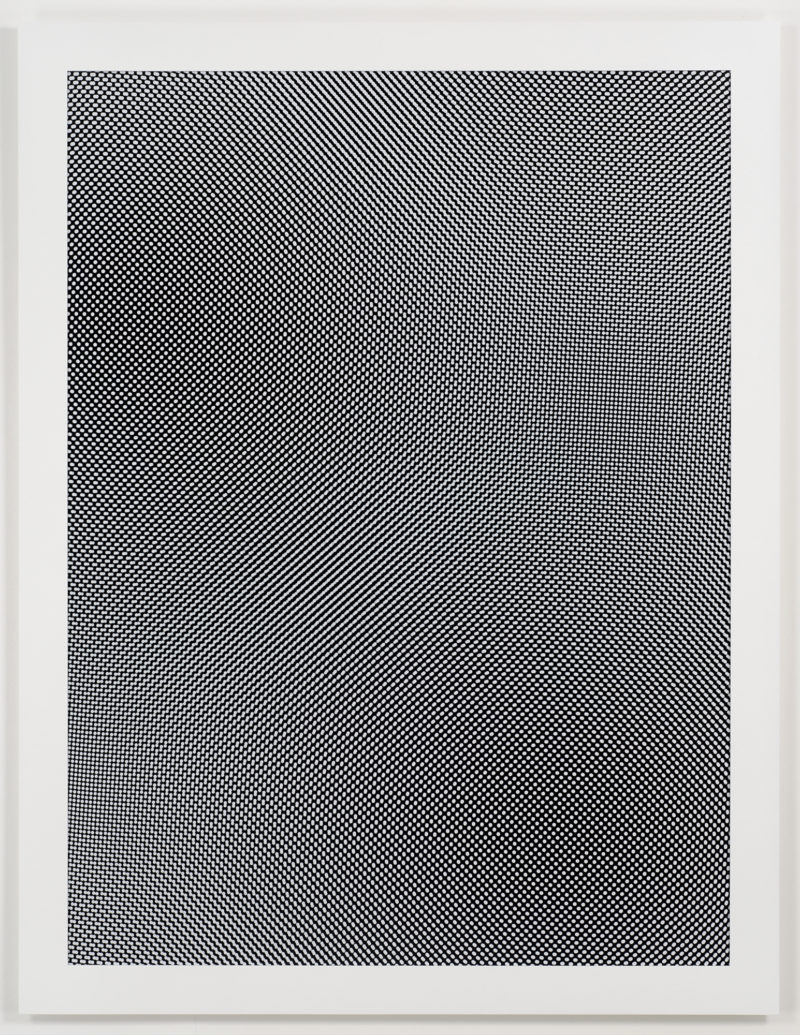 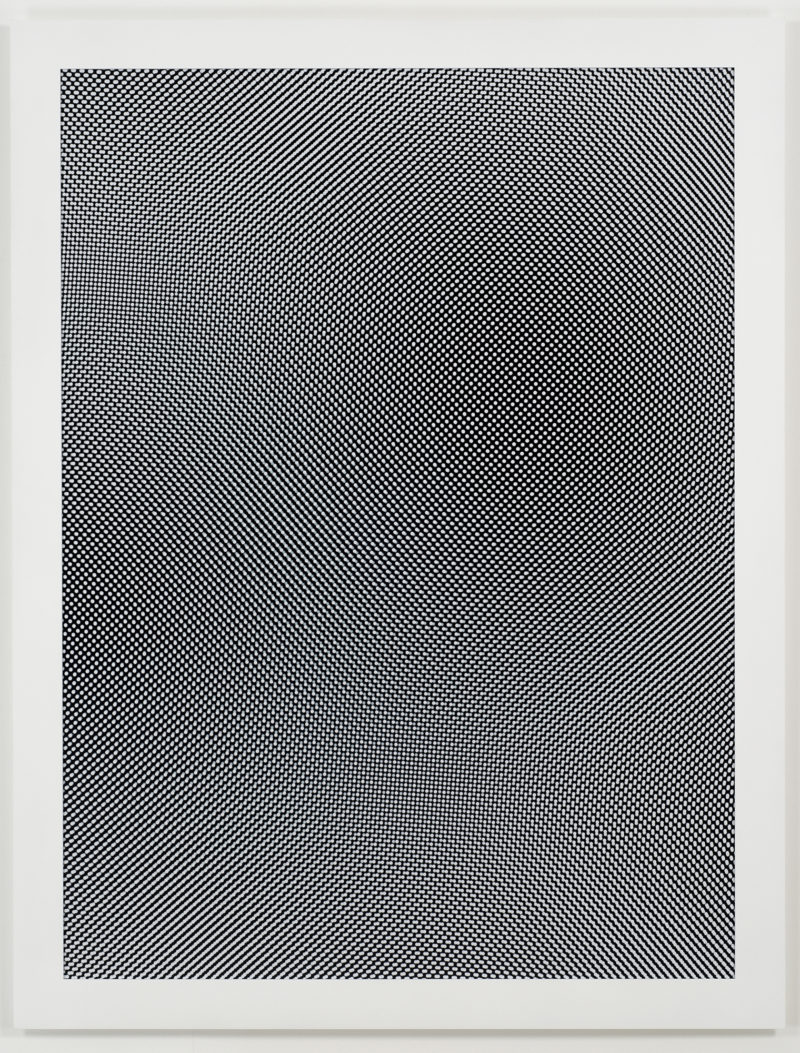 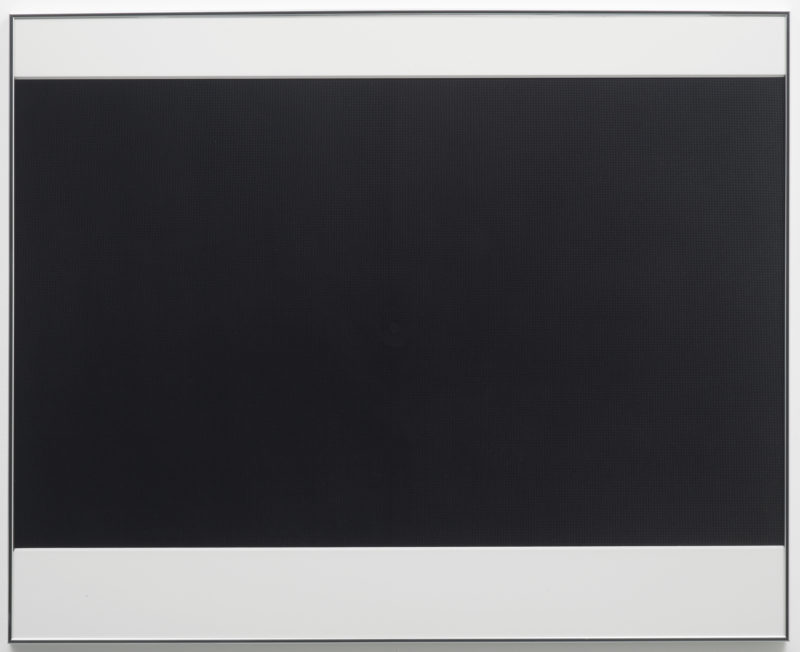 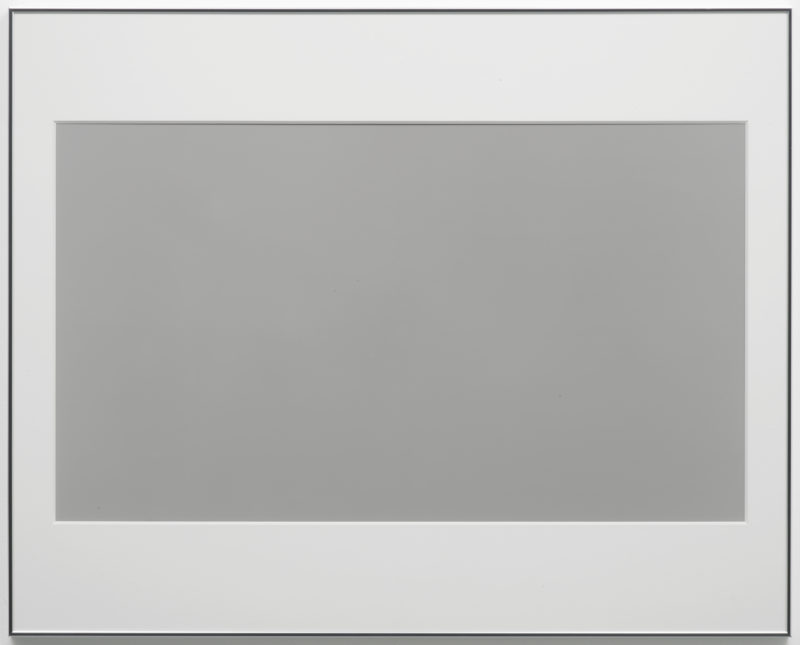