The exhibition is composed of three elements - a group of paintings, a sculpture and a sound work – organized around the idea of field recording.

Rayne's previous series related to his interest in recording sequential streams of movement into painting, drawing a continuous wandering line throughout the picture plane. In this new series of paintings, a textured background of different combinations of red, green and blue (the three primary screen colors) is covered by a white airbrushed line that renders possible aerial traffic view, recording of a flow of actions glanced from above. A silent black area on the left swipes the image vertically like a rolling film, revealing the intersecting moment in which two stills become a moving image.

A set of words is applied onto the canvas with the help of a vinyl stencil. Originally taken from contemporary audio footage, the terms are rearranged in different combinations, referencing Surrealism's use of automatic writing. The text reveals itself as an archeological activity, allowed by the gesture of withdrawal of the stencil technique, gradually uncovering a hidden script. The words are read out loud by the artist and translated into a piano score by a music notation software that is later pressed on the transparent square records presented in both galleries.

Rayne’s practice is a reflection on the medium of painting - its economical, linguistic and institutional relations. Through a series of operations and disperse references he demonstrates painting’s impossible autonomy, commenting on the formal contexts in which painting circulates. Frequently replacing the neutral gallery space with objects that disrupt the structure in which artworks are presented, in London he presents a stack of wooden planks presented as an organized collapse, introducing an ambulatory subject that experiences a staged arrangement of viewpoints. 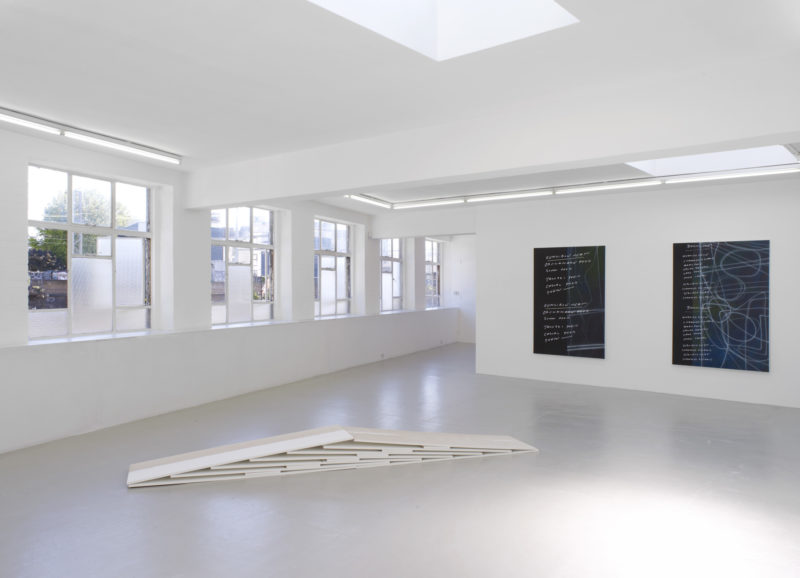 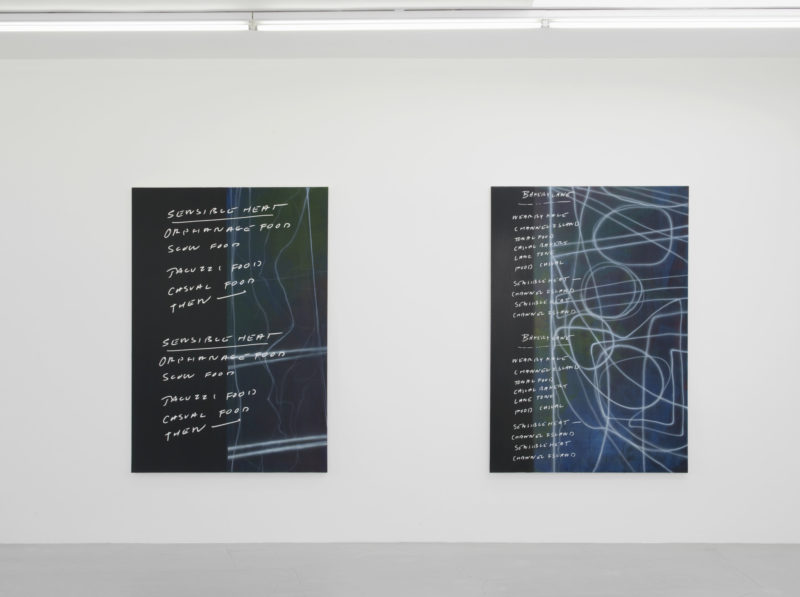 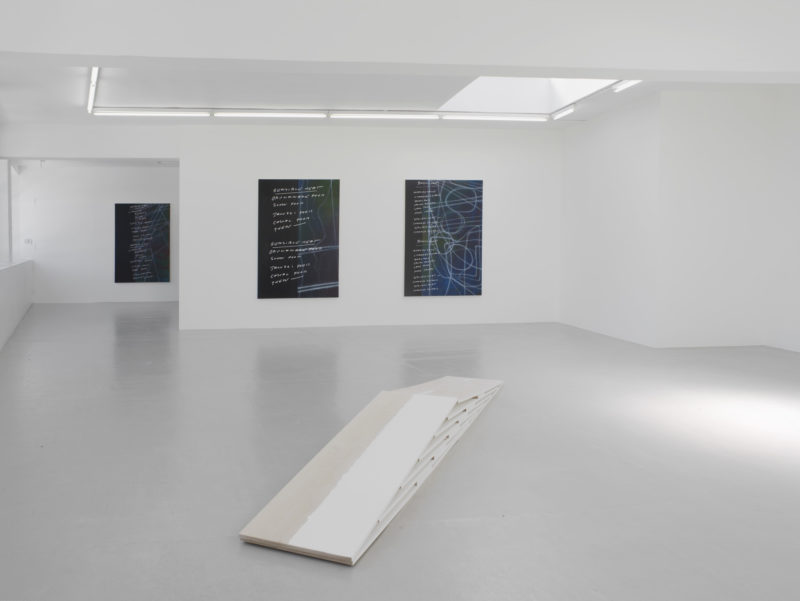 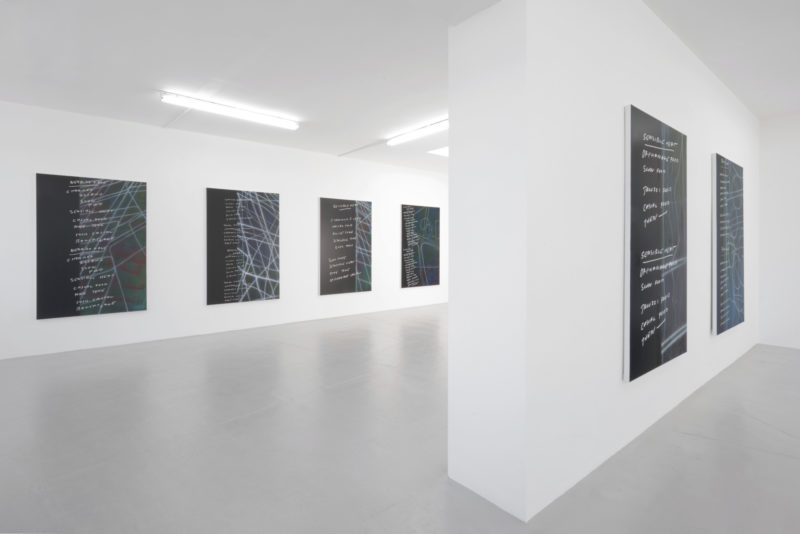 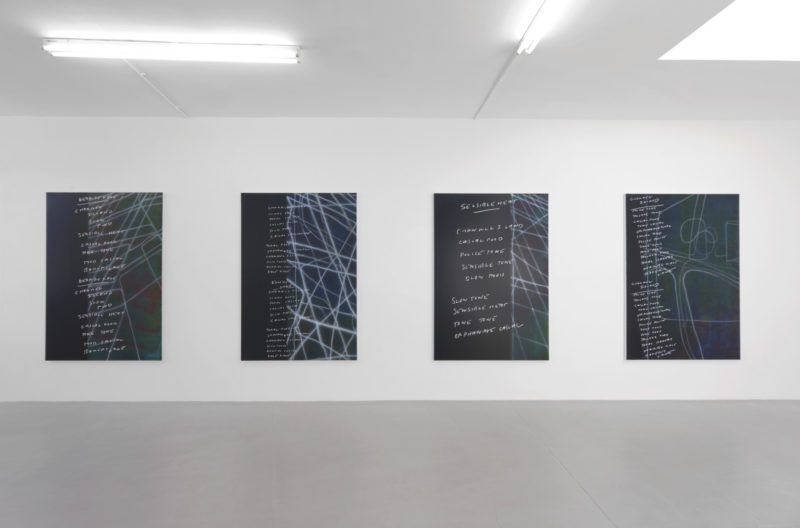 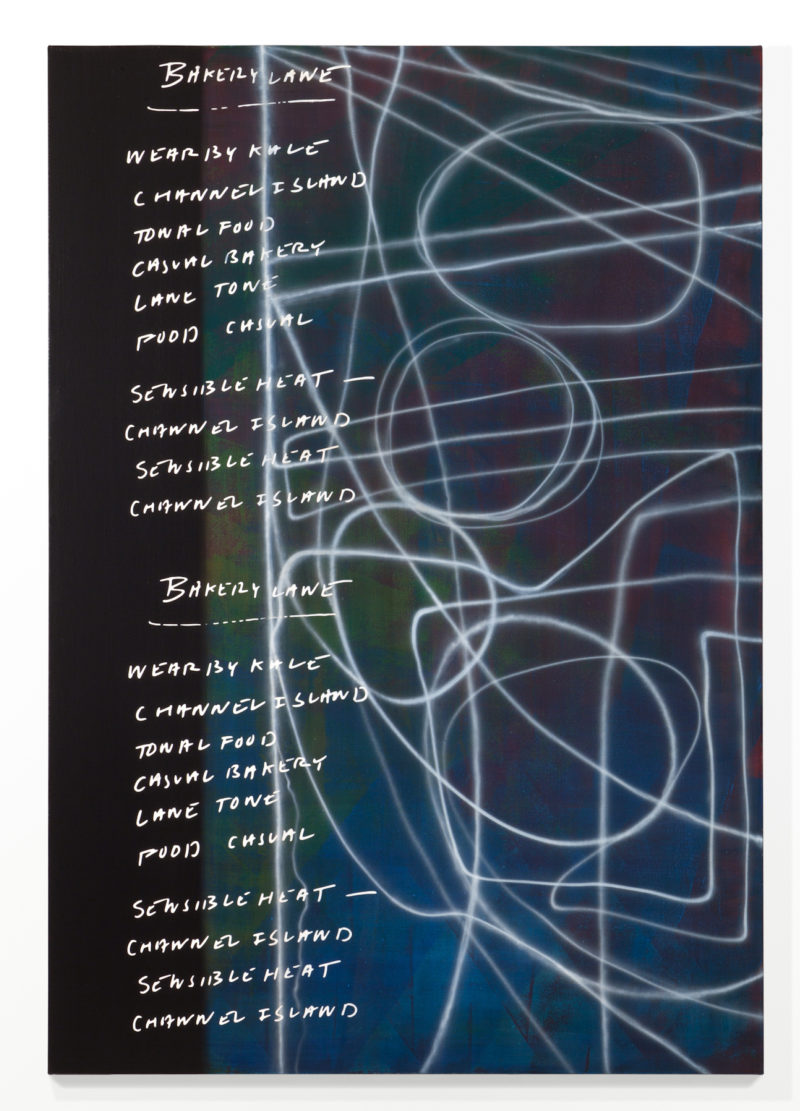 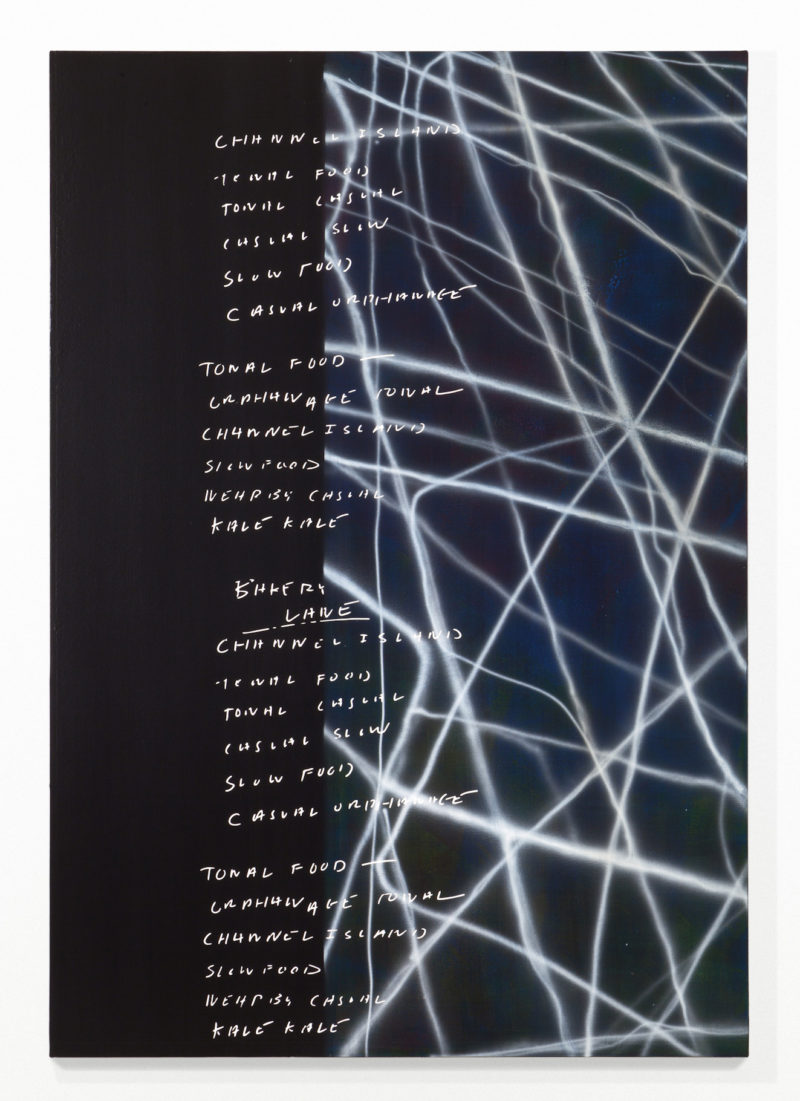 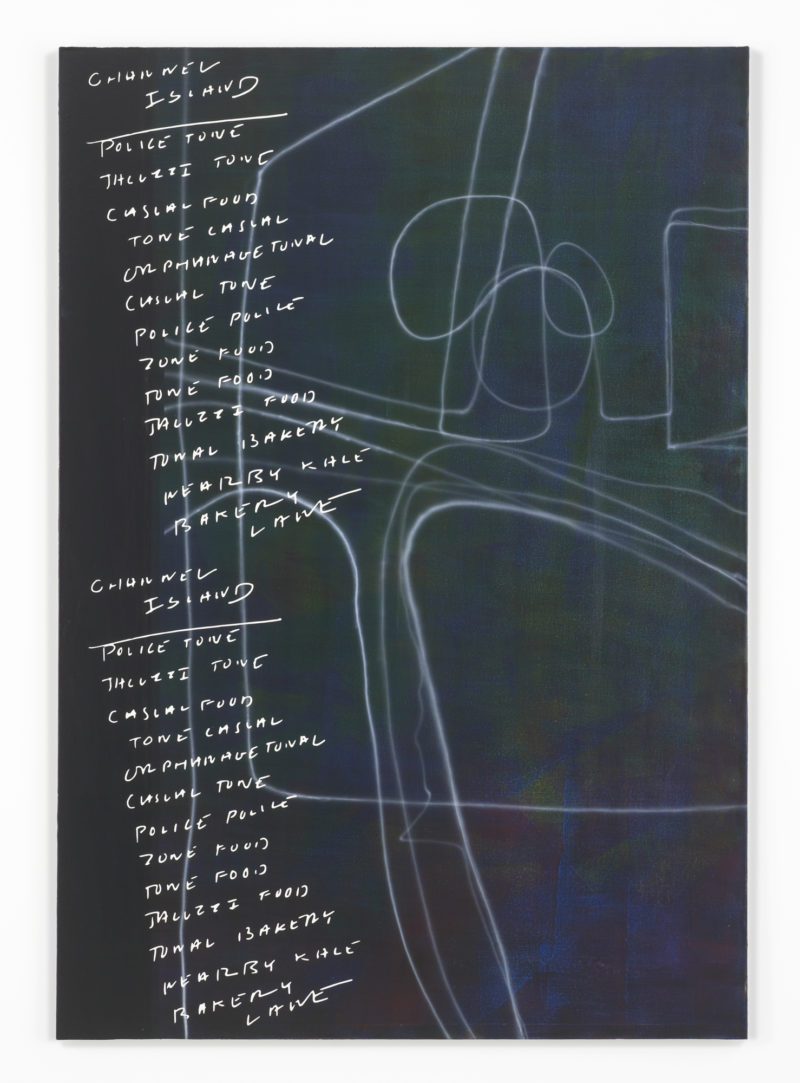