For this exhibition, Charles Mayton placed recent paintings under the umbrella title Ort. It is indicative that Ort should look like a gibberish word and actually be a google-able term. It means a scrap or remainder of food from a meal. The title seems to identify the paintings’ inclusive means of construction. The surfaces emerge from particular fragments of works in transition, constructing different sequences of temporal strata throughout their circulation at the studio. The Democratizing corpulence of mark-making interweaves the disparate layers of paint.

The material from previous Charles Mayton shows collides and coagulates on the canvases. The density of motifs is in a direct relation to the physical density of paint that is built up—a diachronic process of painting. Images are projected over the final layers of the paintings and the forms stutter across the previous iterations.

Mayton also produced two new canvases, both titled Figure, that advance his ongoing silhouette series. The silhouette works differentiate the structure of the canvas in three parts—the surface (colour field), the material (operation of the ‘ground’), and the form (sign function). The previously shown silhouettes are more legible, like exclamation marks and bow ties. These generic symbols are made out of the gesso layer surrounded by a dense field of colourful brushstrokes, the notional ‘painting moment’. The Figure silhouettes are more ambiguous so that the gesso ground becomes a more multivalent form of blankness. 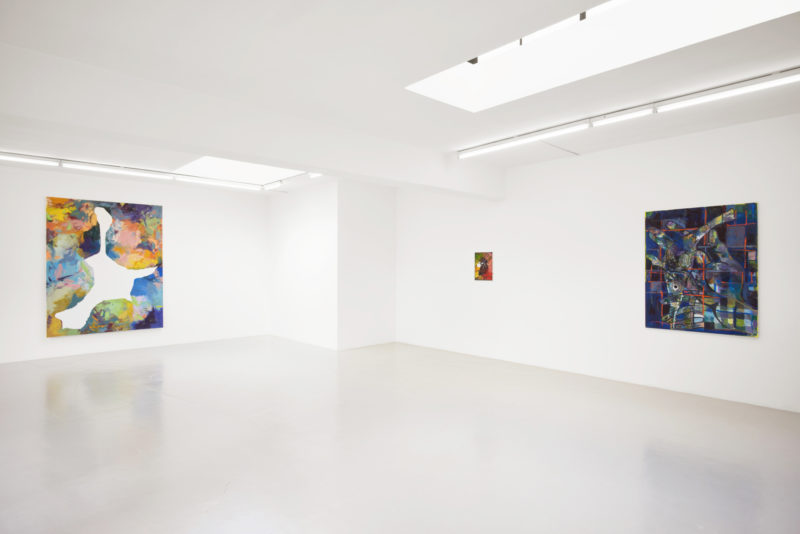 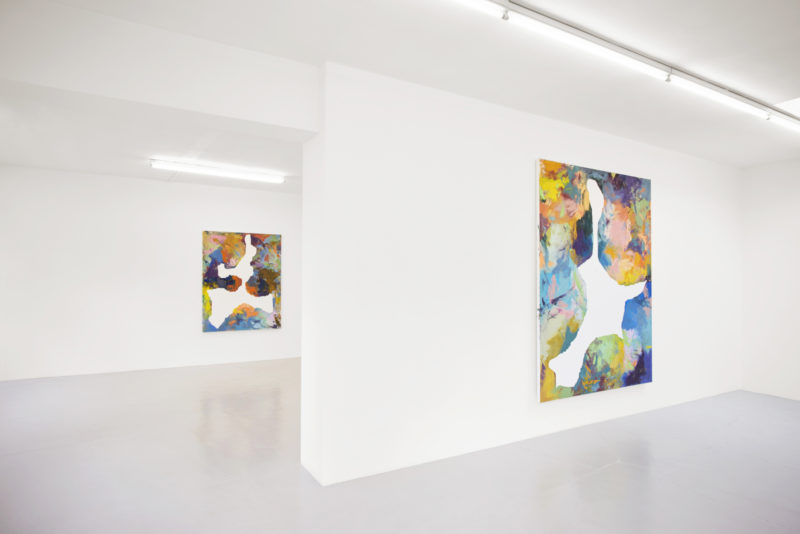 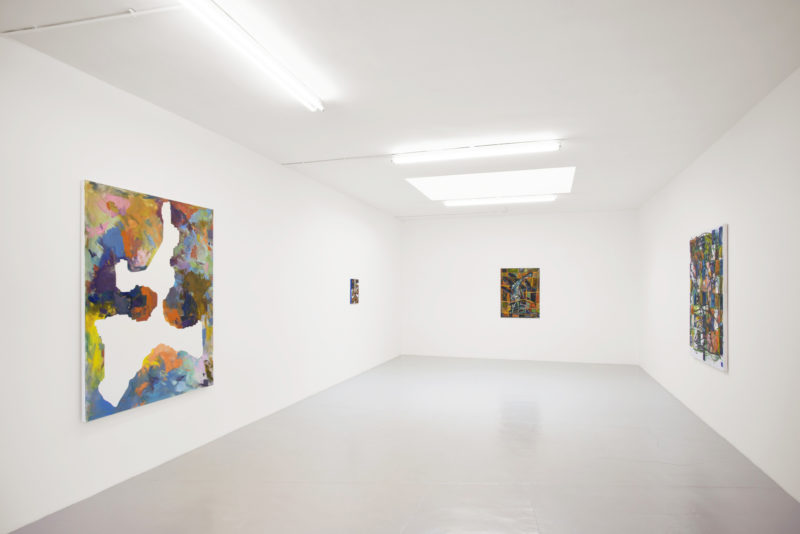 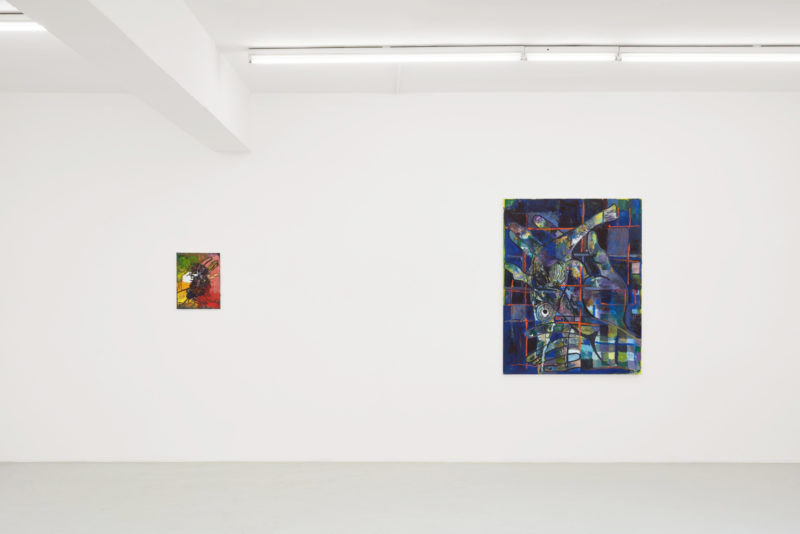