Blake Rayne’s second exhibition at Sutton Lane Paris revolves around a number of paintings, each of which results from a standard operation of construction. Rayne primes, folds and directs an aerosol spray of pigment onto a roll of linen from which sections are then chosen, sewed and cropped into a consistent scale.

Rayne’s paintings, which situate themselves between a history of reflexive material procedures and structures of linguistic description, produce the canvas as a site of conflict between an impossible autonomy and a dispersed referentiality. If Rayne doubles the readymade weave of his canvas in a textile patterning, one whose folding and merging he chromatically designates, then these paintings are also textualized as scripts of production: displacing material process into the flat, graphic space of linguistic signs.

Displayed alongside these canvases are the crates in which they were shipped. The latter, hung on the walls along side their supposed content, are cast as the gestural co-presence of painting’s movement from studio, to display, to storage.

The logic of painterly abstraction which Rayne deploys, thus extended into a gesture of folding – of closing and re-opening – the gallery, weaves container and contained in an imbricated and inextricable relationship: one structuring the other according to the un-sutured fabric of cultural abstraction. 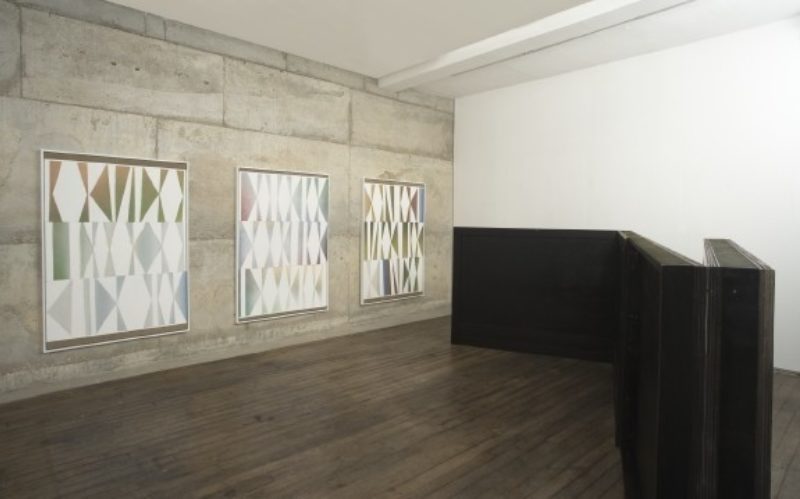 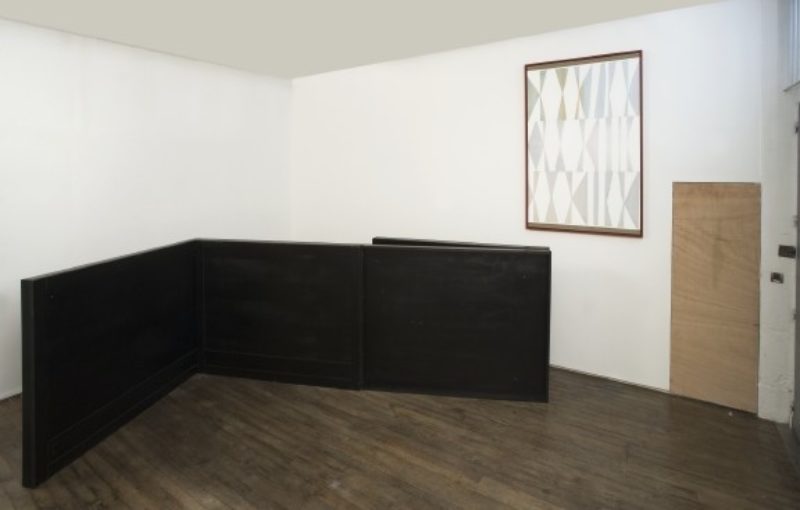 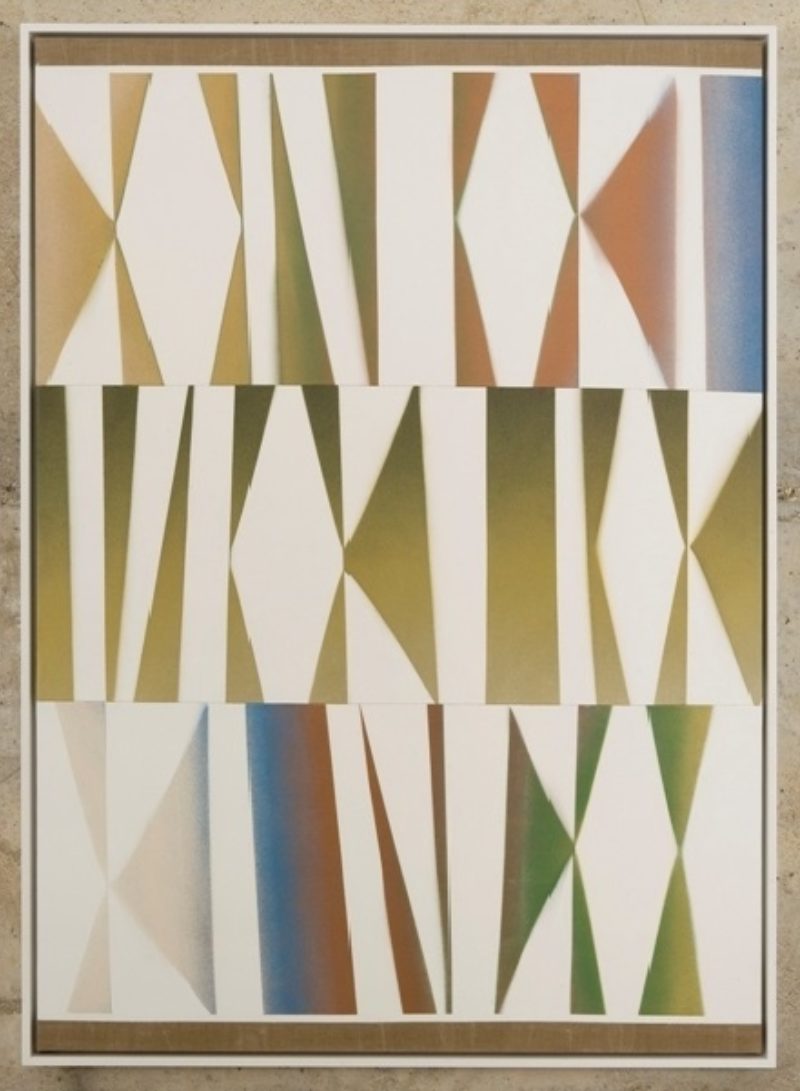