Campoli Presti is pleased to announce Love Streams, Xylor Jane's first solo exhibition with the gallery. The exhibition presents a series of new paintings that join the precision of conceptual values such as progression, method and the use of the grid, while focusing on numbers as recognisable visual forms of universal, empathic value. Jane’s process avoids rigor as an end in itself to pursue the “balance between effort and effect” that Anni Albers sought for. The visual impact of her paintings is not only achieved by their meticulous manufacture but by the use of the subtle movement that colour and paint create on the surface of the canvas, engaging the viewer in a micro-contemplation.

Jane’s counting systems are often autobiographical, measuring different periods of her life or using her birthday as a starting point. Solstice Baby is one of her 12/21 paintings, the date of her birthday and a palindrome, the sequence that defined her love for numbers. This version also references wall painting #880 Loopy Doopy by Sol Lewit, 9/1998. The Days Alive paintings are made for prime palindromes of the number of days Jane has been alive. Days Alive #5 corresponds to the next prime palindrome day alive which will be 30,103 days on 21 May, 2046. The painting traces these numbers in mirroring triangle shapes reaching a silver to gold gradation

Hard-edge polygons, especially triangles and squares, are shapes that create unique vibrating patterns. Although their use joins histories of op-art, these works go beyond the purely visual to invite the viewer to read between the lines of their randomness. Love streams follows an eleven-digit prime palindrome arranged in four columns from lowest to highest, with fields that flash between positive and negative subsets, while 5th spell for POTUS, is composed of right-angle ripples that alternate between black and metallic rainbow hues in an on-off circuit. The painting casted a spell to end the reign of 45 and begin a new administration -which has worked- by the use of the number 46.

Diagonal grids allow Jane to explore more effects like torsional, spiral or woven shapes. Rebirther 2 is a counting spiral on a diagonal grid. The clockwise counting begins in a chosen centre with one black dot, and spirals with 2 dots, then 3 dots, resulting in a dancing motion of scalloping shapes. Ridgerunner is a line test oriented on the diagonal that is applied to a very blue ground based on a photograph of a sky taken by David Horvitz in 2008. The painted lines start with green as a square centred on a rectangle and are woven with rainbow colours in alternating symmetry.

In Jane’s work numbers avoid their controlling connotation to be regarded in their multiple dimensions: as values, motifs, signs or emotions. The paintings in Love Streams continue her intuitive mathematics, presenting patterns that elude a definite understanding, drifting in and out of legibility.

Xylor Jane (b.1963, Long Beach, CA) lives and works in Greenfield, MA. She is currently featured in the exhibition A Spirit of Disruption presented by San Francisco Art Institute in celebration of their 150th anniversary. The artist has had solo exhibitions at University Museum of Contemporary Art, Amherst (2019) and Santa Monica Museum of Art (2014). Jane participated in group shows at The Garage Museum of Contemporary Art, Moscow; New Britain Museum of American Art, CT; Boston University Art Gallery, Boston and DESTE Foundation for Contemporary Art, Athens among others. Her work has been featured in Art Forum, Art in America, the Los Angeles Times, The New York Times, and the Brooklyn Rail. Xylor Jane: Notebooks was published in 2019 and features drawings from the last twenty years with essays by John Yau and Em Rooney. 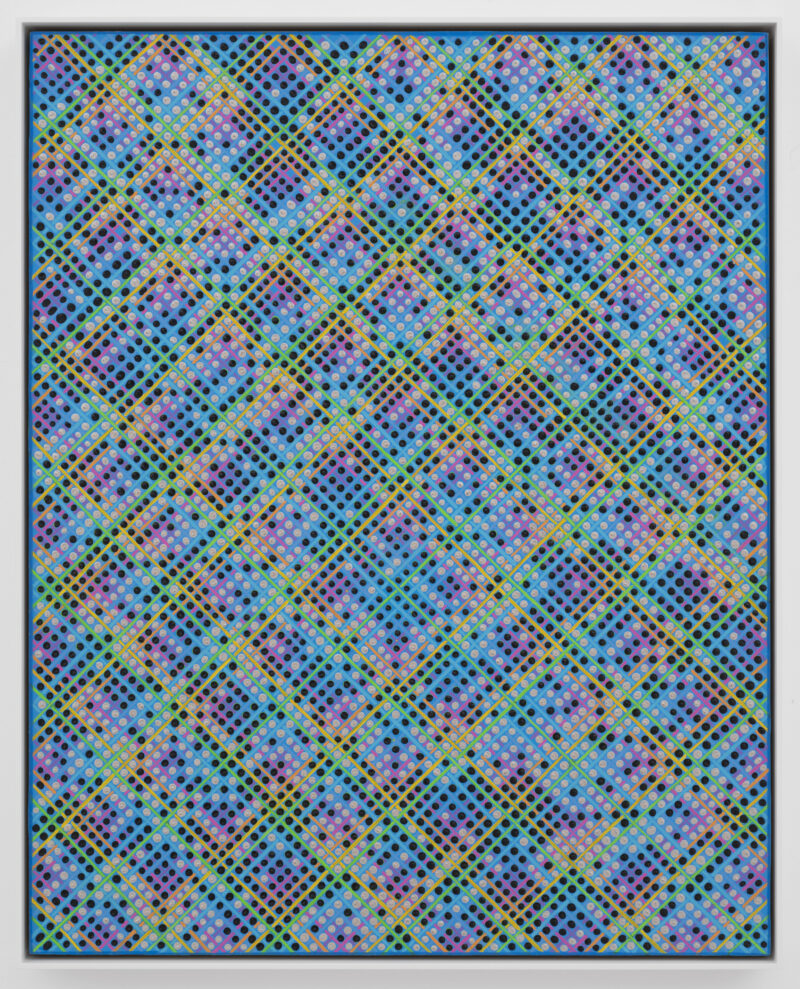 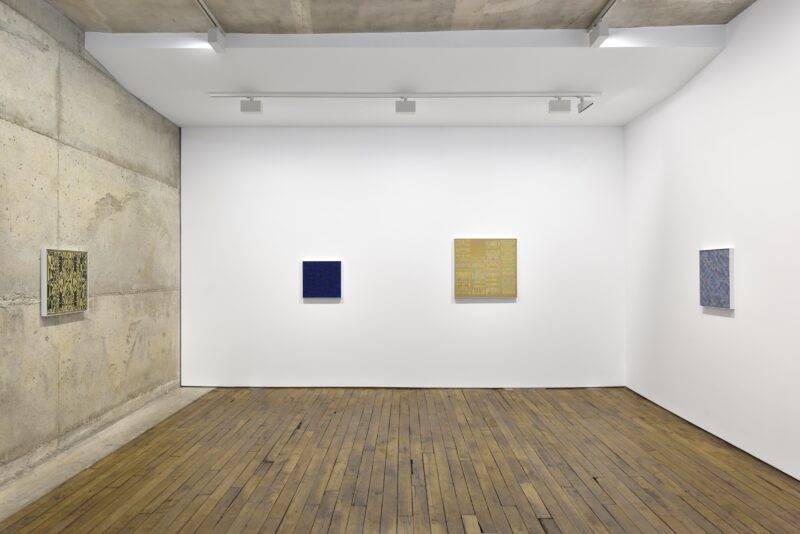 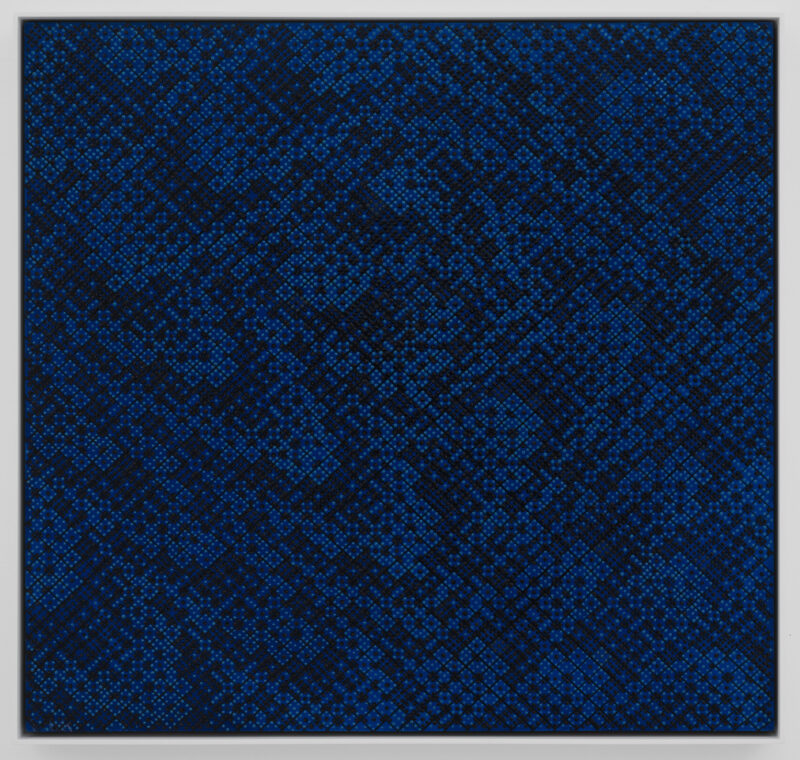 Ink and oil on panel 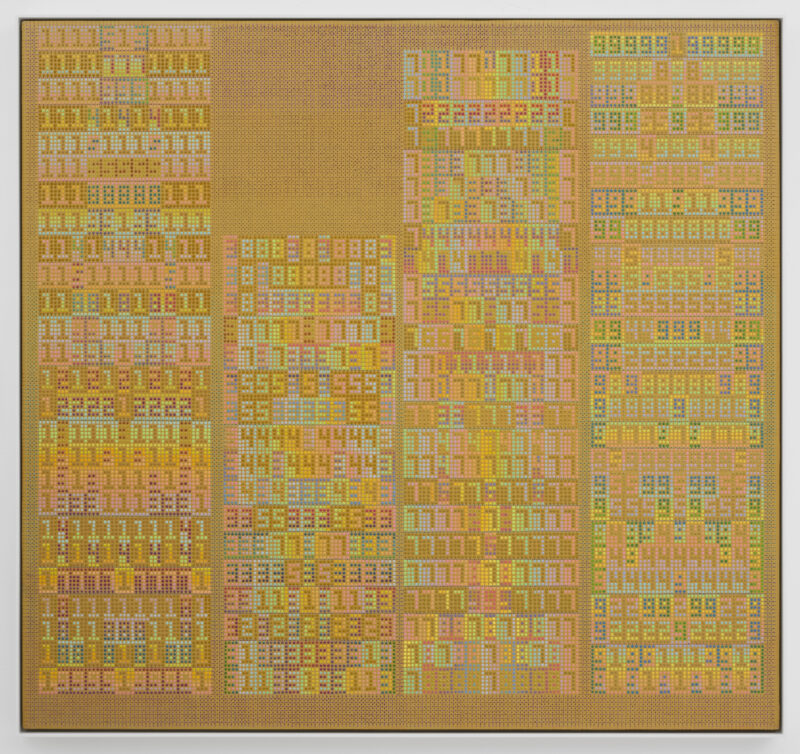 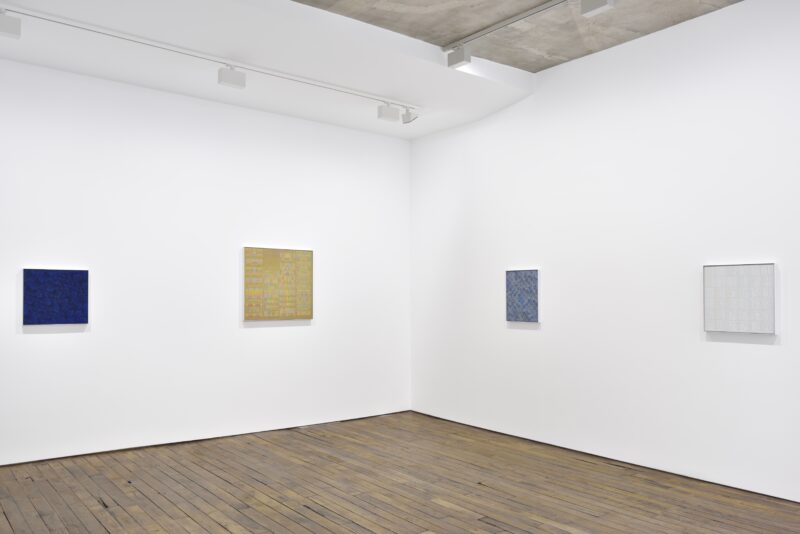 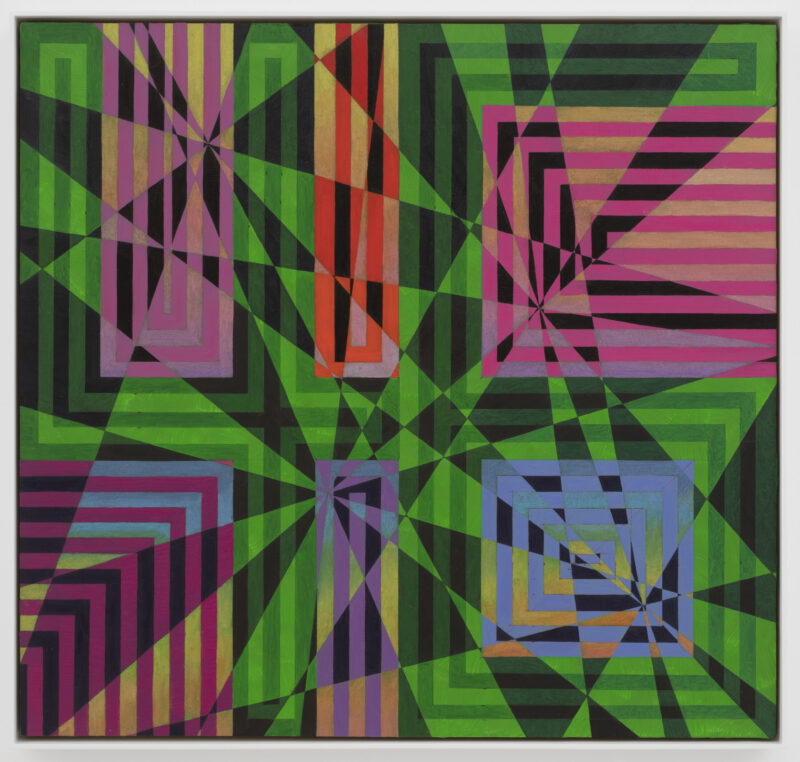 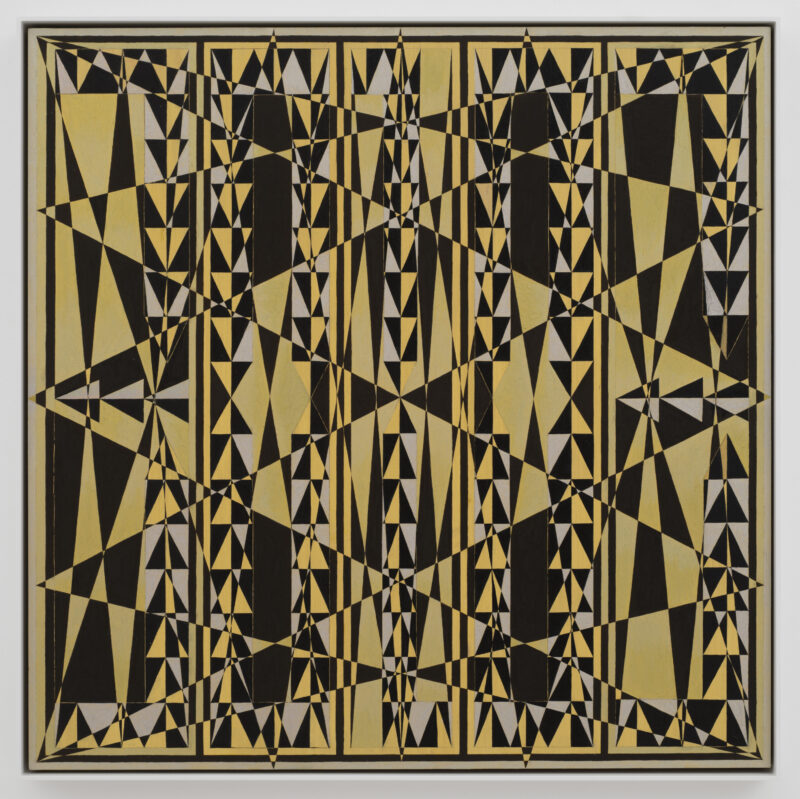 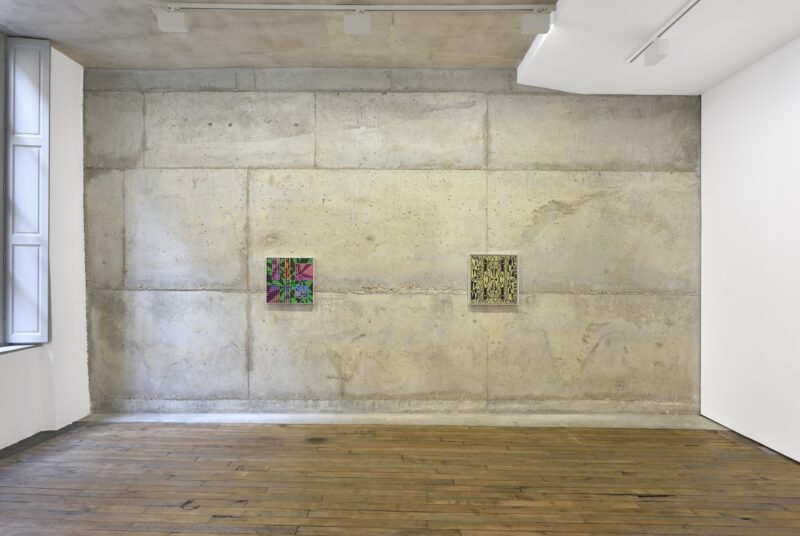 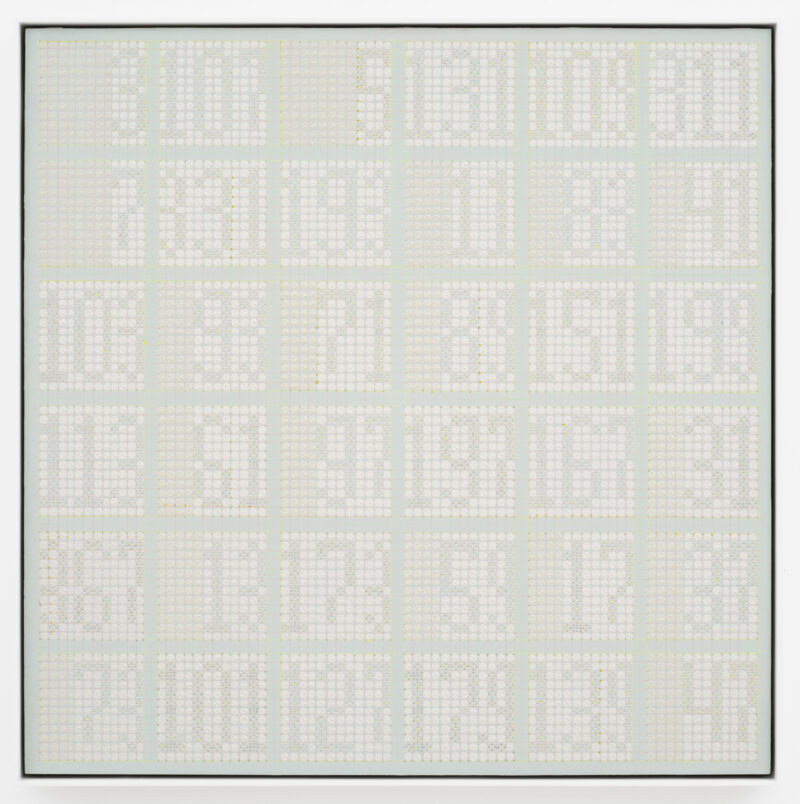 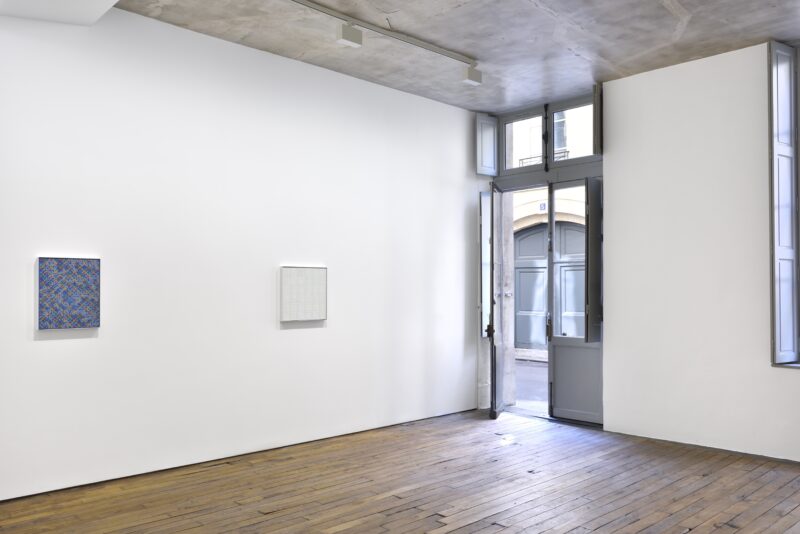 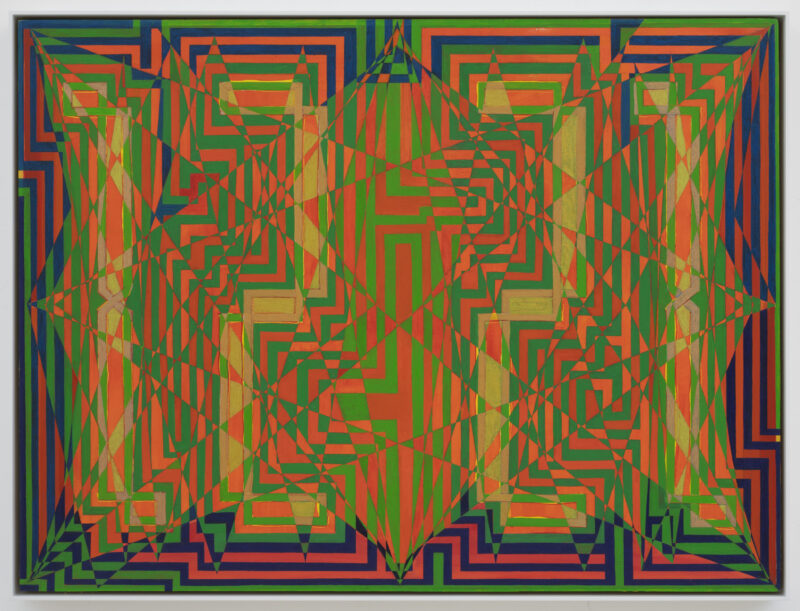