Campoli Presti begins a new series of exhibitions in 34 Bourdon Street with a solo presentation by Katherine Bradford, opening during the London Gallery Weekend.

Interacting with segmented, abstract backgrounds and shapes, the figures in Bradford's recent paintings address the nature of social interactions through incongruous, dream-like scenes. Central in this series are the works that explore the archetype of the mother and the expectations they convey as a nurturing, selfless carer who protects and provides. Without carrying the responsibility of fulfilling them, Bradford’s women subtly question how people choose to bond to each other, building non-judgmental scenes of human relations.

Bradford creates her figures with elementary painterly marks, sometimes almost covering the entire canvas. In this series of paintings her figures further engage with blocks of colour and geometrical shapes, creating a dynamic between foreground and background that becomes mediated by human gestures, such as reaching out, bearing weight or consoling. In Back Pack People, one of the bodies brings her arm forward to connect with an otherwise inaccessible other. The figure in Waders Together leans against a line to support a companion. In Morning Bath Bradford’s characters disconnect into three planes but come together through the broader perspective of the beholder. The breasts of the woman, symbol of the nurturing mother, become abstract circular shapes that expand their meaning by repetition.

Within her exploration of human masks, Bradford’s figures often omit detail or facial features that would allow to assign a gender identity. In Superman Over House and Bird Woman the cape appears as one of Bradford’s recurring symbol of the heroic individual, either as inflated masculinity or as a superhuman mother. Although charged with social interactions shifting between domination, care and ambiguity, her groups of people exist in collective fluidity, in an intangible atmosphere where bodies interweave and dissolve.

Katherine Bradford (b. 1942) lives and works in New York. She started painting at the age of thirty while living in Maine and was among the group of artists who moved to Williamsburg, Brooklyn in the 1980s.

In 2022 Bradford will be the subject of a touring retrospective organized by the Portland Museum of Art in Maine. Bradford has exhibited widely at institutions such as MoMA PS1, New York; the Brooklyn Museum; the Modern Art Museum of Fort Worth, TX; Crystal Bridges Museum of American Art, Bentonville, AR; the Frances Young Tang Teaching Museum, Skidmore College, NY; and the Ogden Museum of Southern Art, New Orleans, as part of the fourth Prospect New Orleans Triennial.

Bradford is the recipient of a Guggenheim Fellowship and a Joan Mitchell Grant. She has taught at institutions such as the Yale School of Art, Skowhegan School of Painting and Sculpture, and the Pennsylvania Academy of the Fine Arts, Philadelphia. 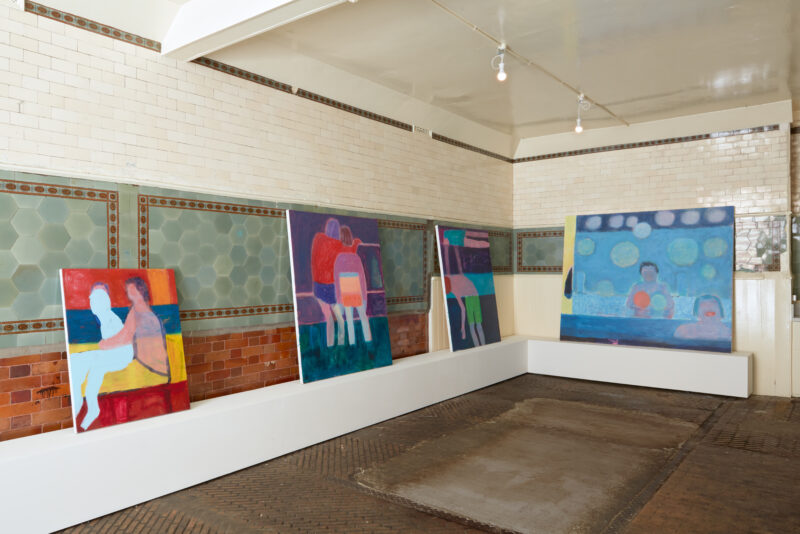 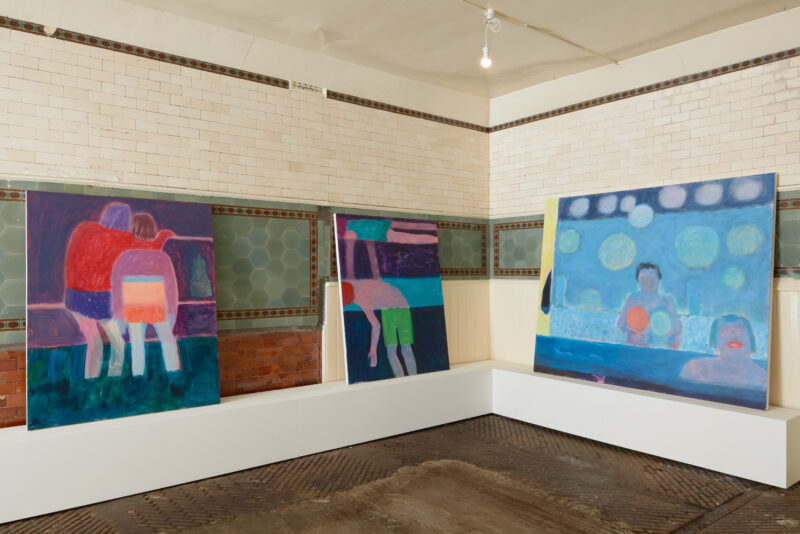 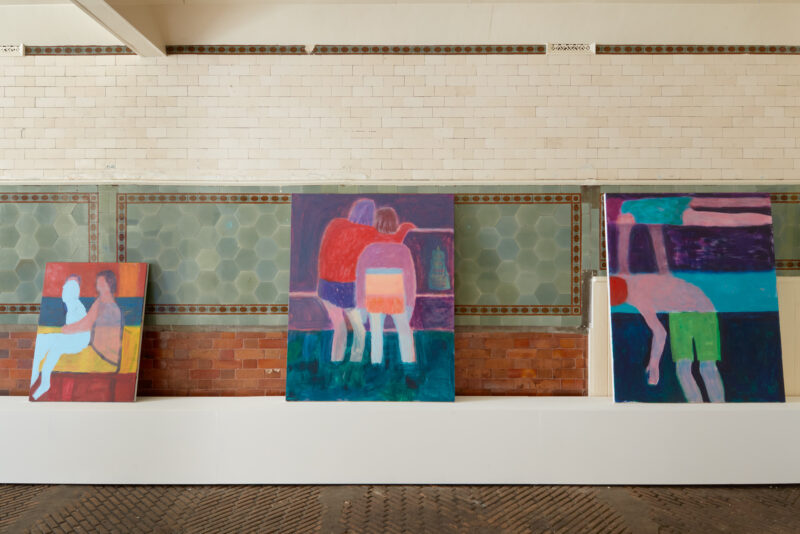 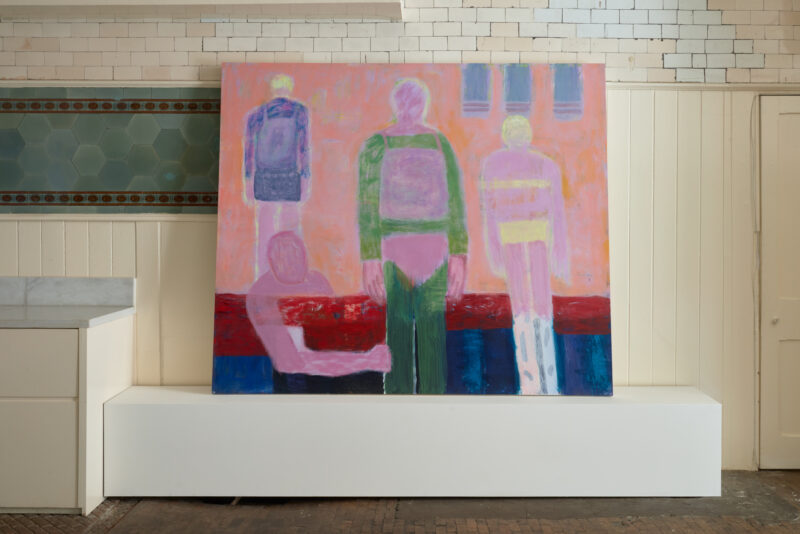