Christian Bonnefoi exhbition: The anteriority of the future: 2019 - 1978

Campoli Presti is pleased to present The anteriority of the future: 2019-1978, a presentation of works by Christian Bonnefoi, and the launch of volume 5, issue 2 of the Journal of Contemporary Painting, titled “Painting as Remodel”. The new issue revisits Yve-Alain Bois’ 1993 collection of essays “Painting as Model” from a contemporary perspective to examine its ongoing impact. Stemming from the longstanding collaboration with Bois, Bonnefoi has created a visual essay for the latest issue, entitled The anteriority of the future.

Bonnefoi’s work engages in a set of operations that assume the three-dimensionality of the canvas, by rotating and displacing its orientation, as well as creating depth. The exhibition features historical works and a group of new paintings based on the artist’s seminal series Janapa (1978). The series gives particular importance to the role of the frame as a structuring device that allows the works to become more complex in divisions and volume.

The first room, features his monochromatic 1978 triptych Janapa and an even earlier piece, Machine 75 (1975), which exposes the physical apparatus needed to dismantle the unity of the surface. The work can be installed in different configurations and according to the position of its two layers of canvas. The light texture of the tarlatan was used as a reverse stencil activating a negative space of variable visibility, a mechanism he has continued to explore in the future.

Bonnefoi’s recent works activate procedures present in previous series. Caught up in unending cycles of return, the artist engages in a retrospective reading of his work. The new series does not expand from a single event but rather follows an eternal series of oscillations between the past and the present. For his new Janapa series, Bonnefoi explores further manipulations on the colour of the sheer, open-weaved tarlatan. Through a process of pigmentation, the colour is no longer an external element of the canvas, but part of its materiality. Modifying its structure, the colouring process creates once again a series of veiled transparencies, engaging the viewer in an interplay between what is apparent and what is concealed. 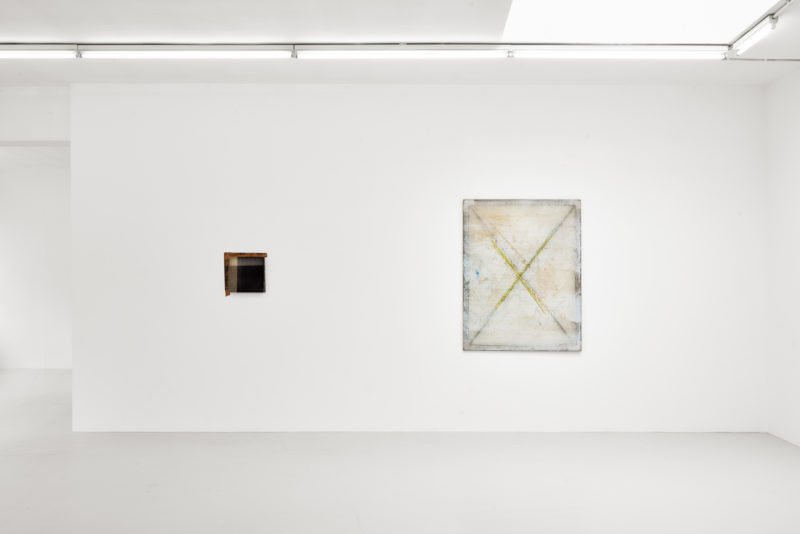 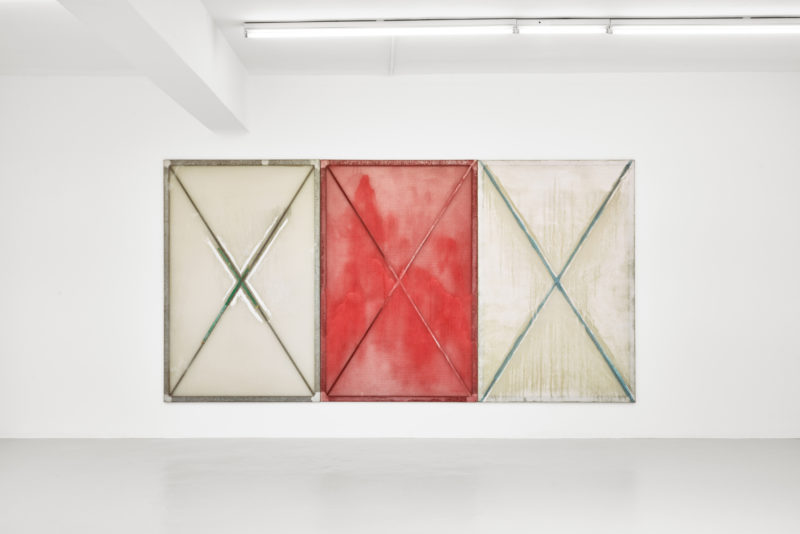 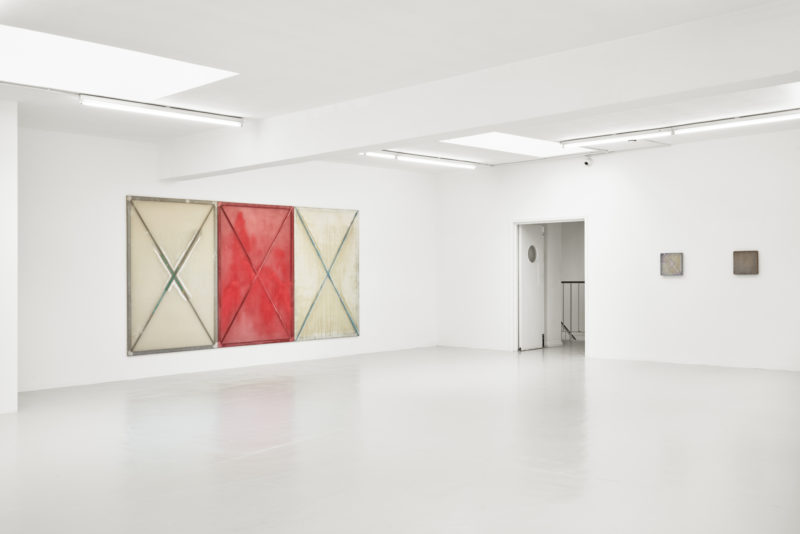 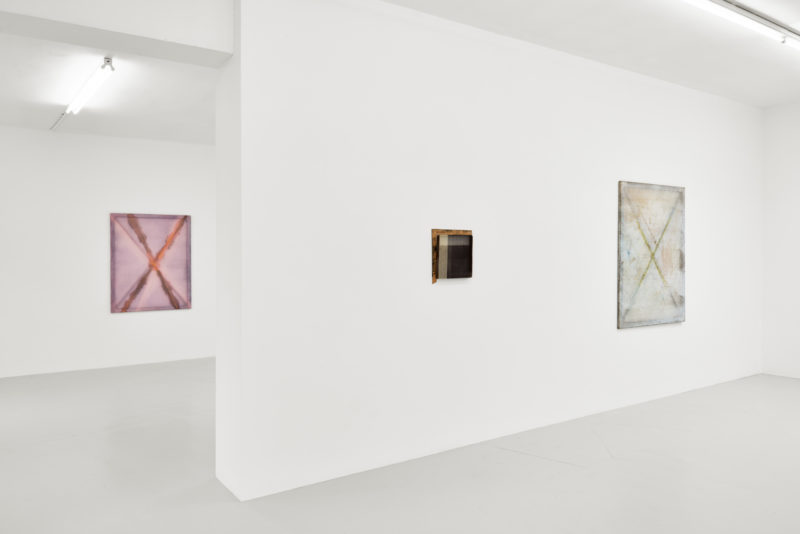 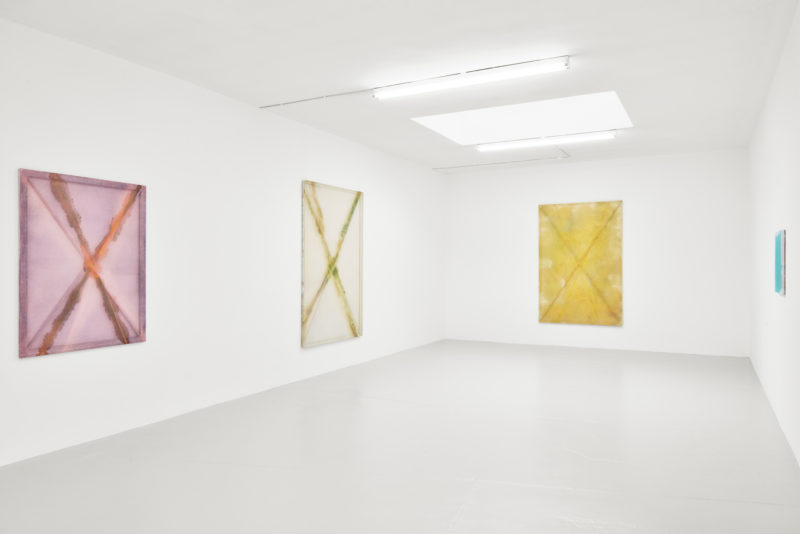 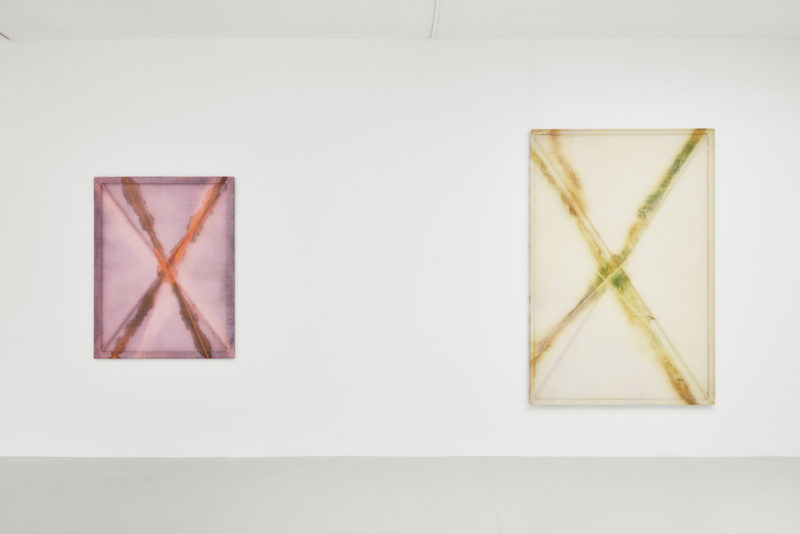 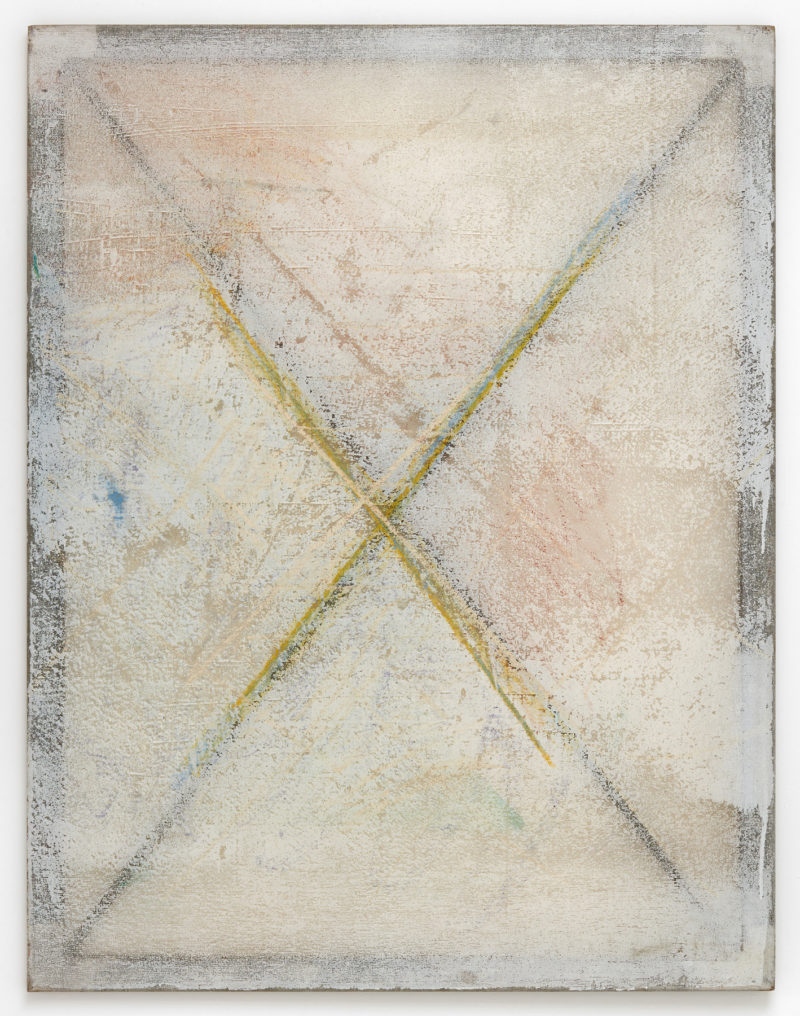 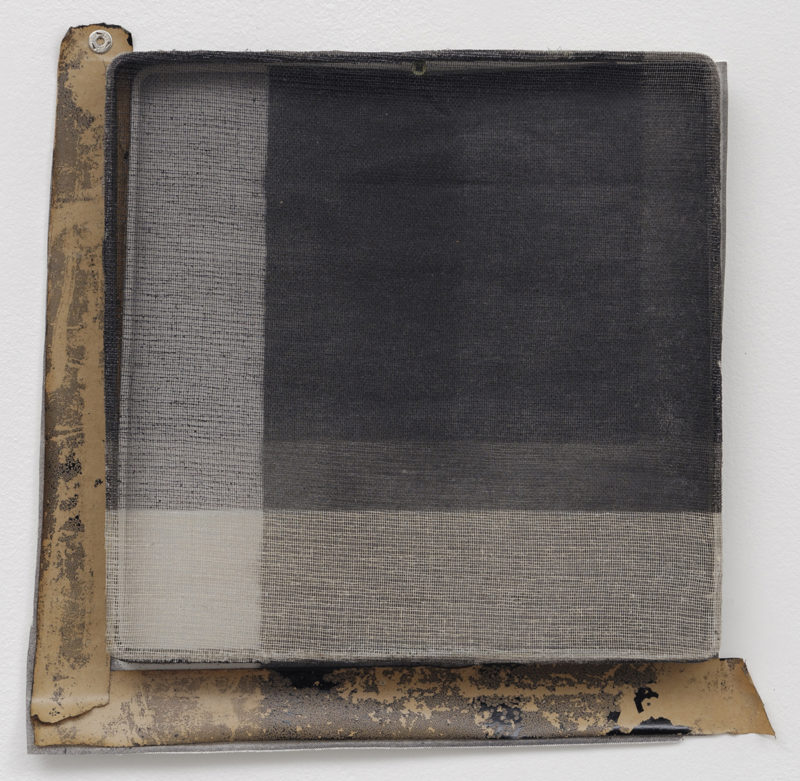 Acrylic and graphite on tarlatan 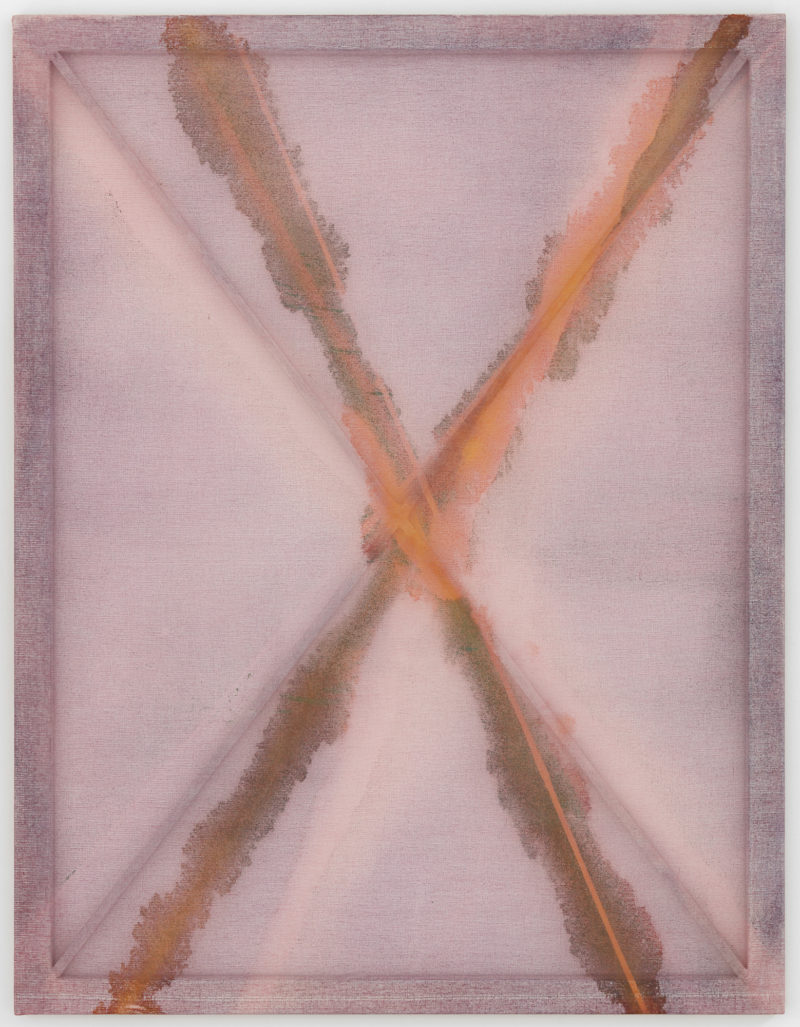 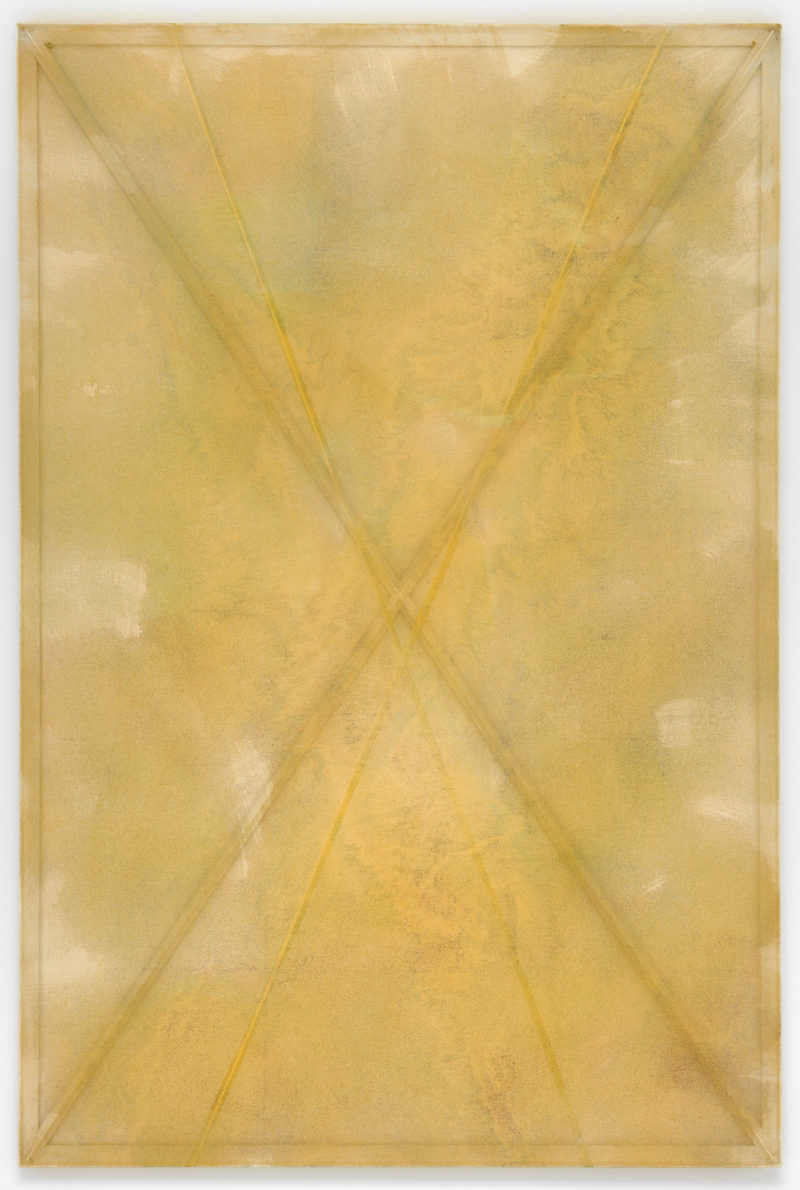 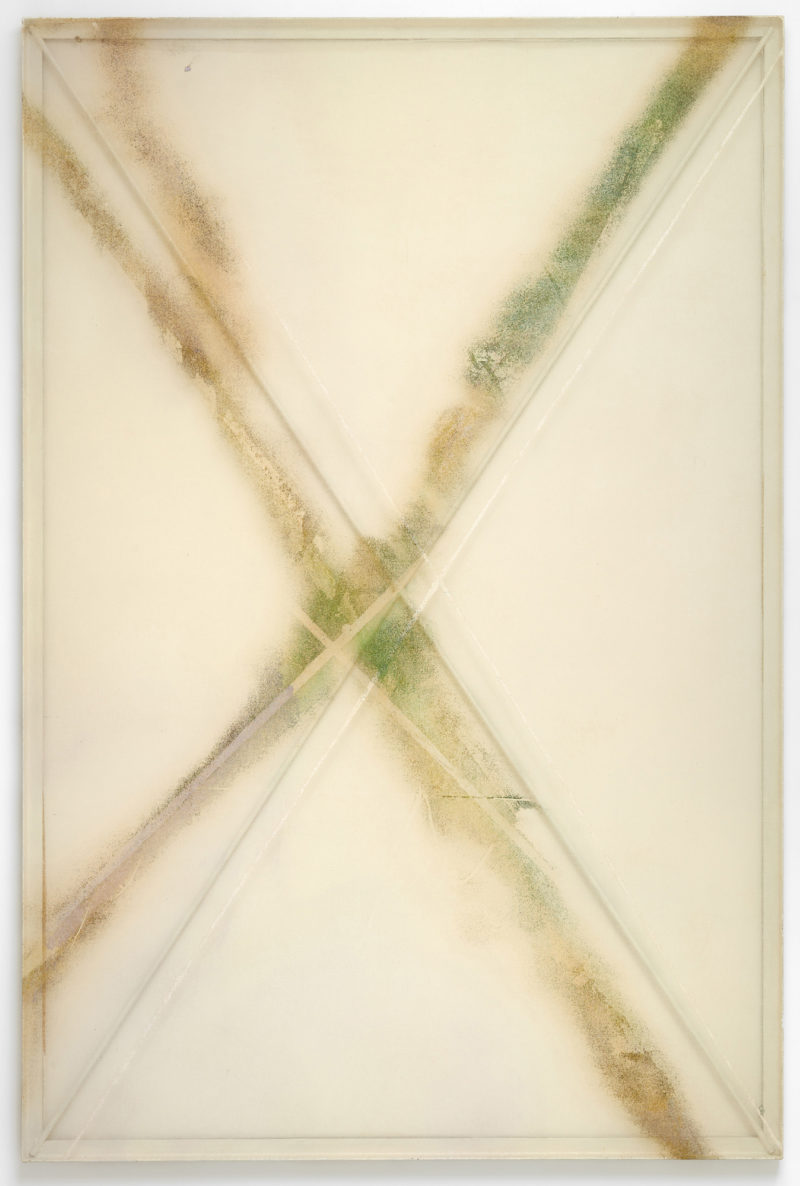 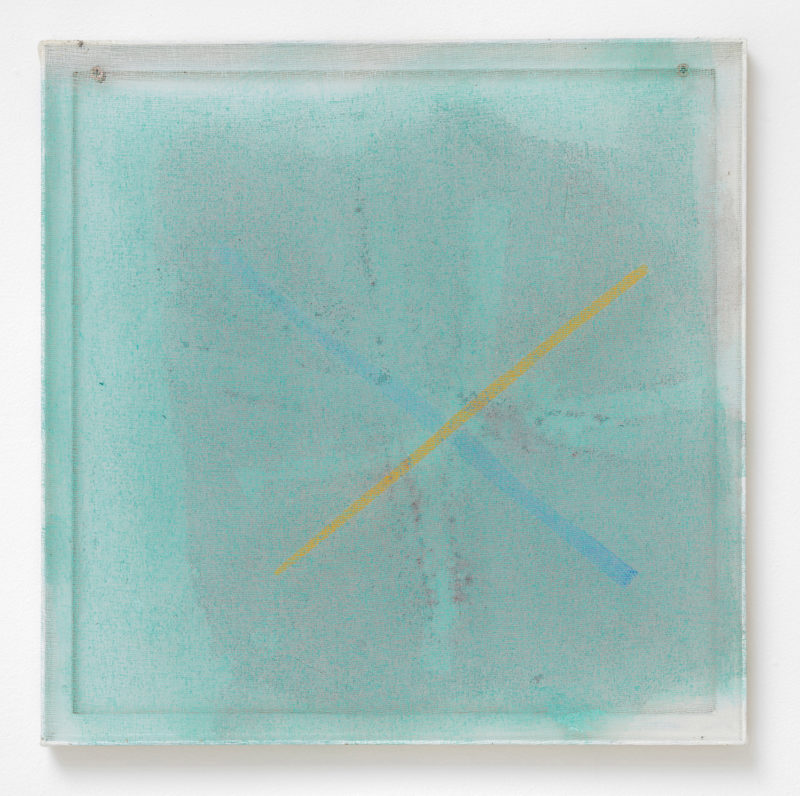