Campoli Presti is pleased to announce the fifth iteration of Hôtel le Lièvre. The installation brings together the work of artists Eileen Quinlan and Marina Rosenfeld. Quinlan’s photographs, built from echoes and residues of the physical world, come into dialogue with Rosenfeld’s enigmatic evocation of the body at night. The works share a state of suspension between publicness and distance, attention and self-effacement that could be read as ‘ambient’ — their grammar is that of the trace, of repetition and dissipation, like the overdetermined and liminal spaces that increasingly populate our engineered existences.

Rosenfeld’s works explore the material traces of sensory experience, especially through sound and its mis en scène. Her mixed media work Ssalute and Receiver, produced during the pandemic in Dallas, Texas, stages an encounter with public space in a time of emergency: the spectator is a driver, enclosed in the protective isolation of their vehicle, as the cinematic desolation of the city at night accompanies a spiral ascent through a vacant parking structure. The labyrinthine environment is populated momentarily by a lone trumpet player whose musical salutation harmonizes briefly with the distorted echo of an ambulance passing below. Nearby, Rosenfeld’s steel and aluminum sculpture emblematizes the temporal disorientation of listening in isolation, a speculative supplement to the intimate, corporeal address of music.

Combining strategies of the analogue, digital, appropriated, and authored, Quinlan meditates on our deepening immersion in the virtual. Her digital works record the effects of light and refraction via mirrors slid across a flatbed scanner, recalling earlier still-lives of reflective materials. In Claremont and Bear, named after two of the recent California wildfires, a painted icicle backdrop from the Disney film Frozen is dragged across a flatbed scanner and distorted by a moving piece of mylar. It is then inverted in its colour values from ice to fire. This elusive, ‘ambient’, performative action is inflected by waves of apocalyptic anxiety, layered with a saccharine invocation of the Snow Queen’s shattered mirror. 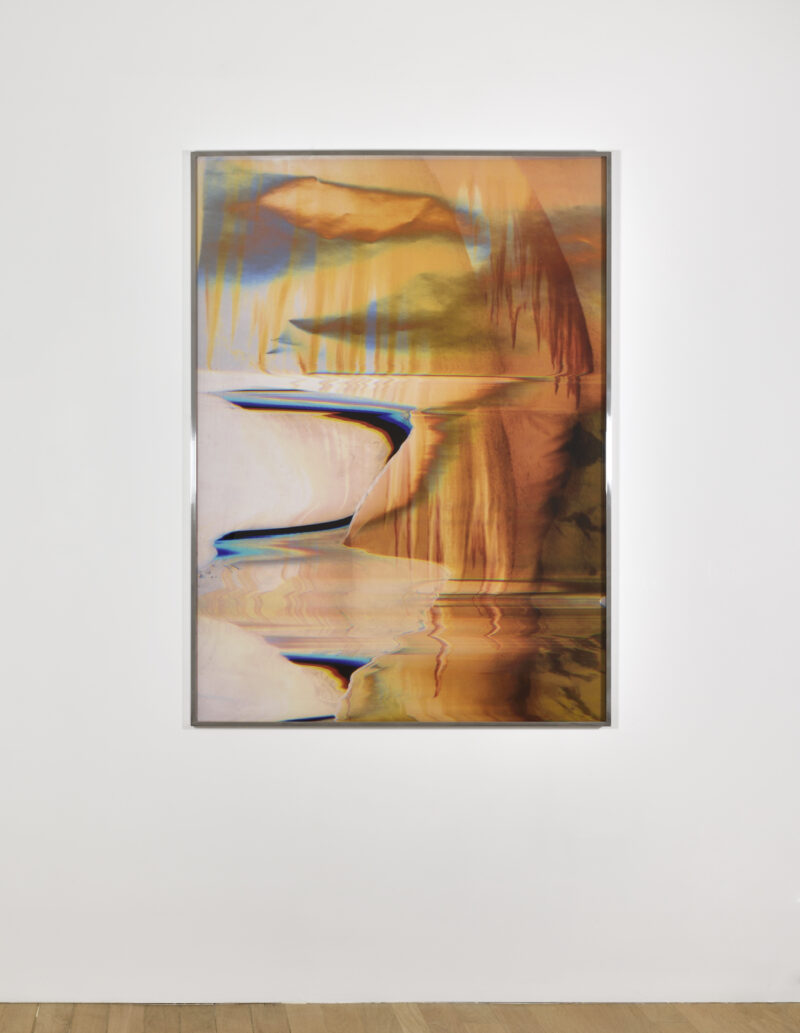 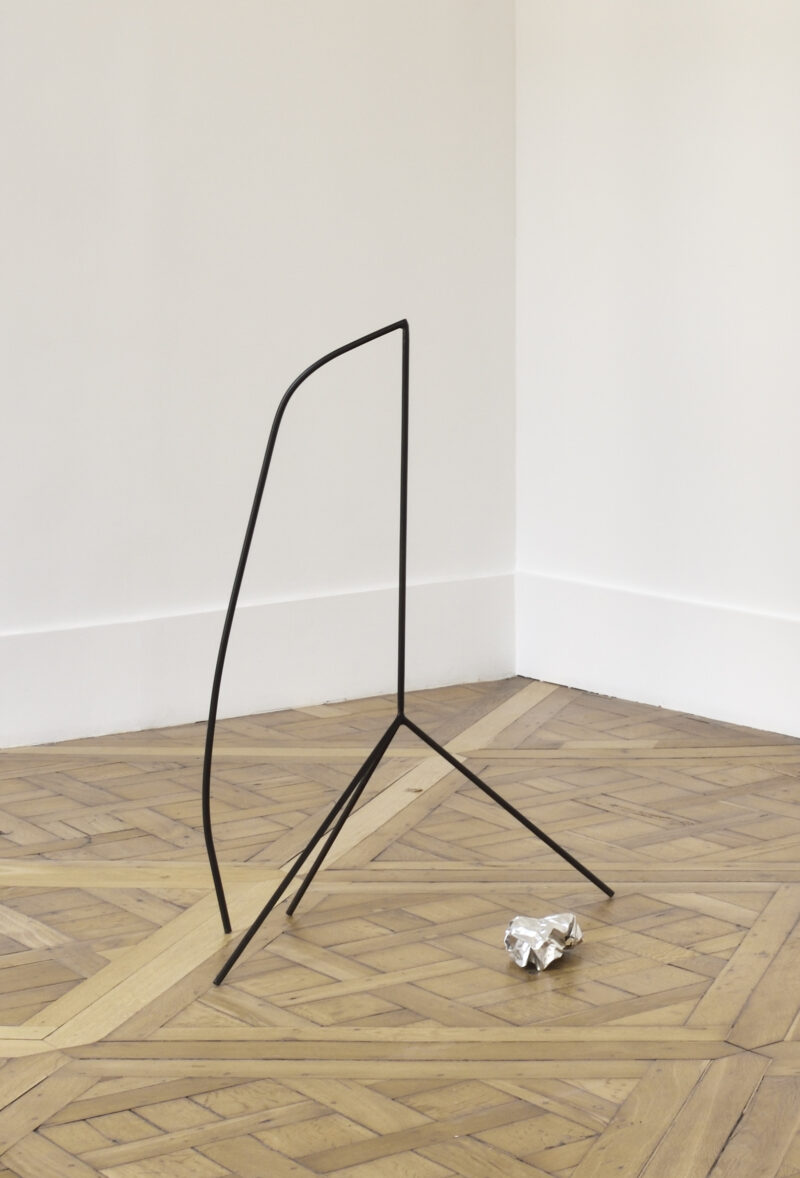 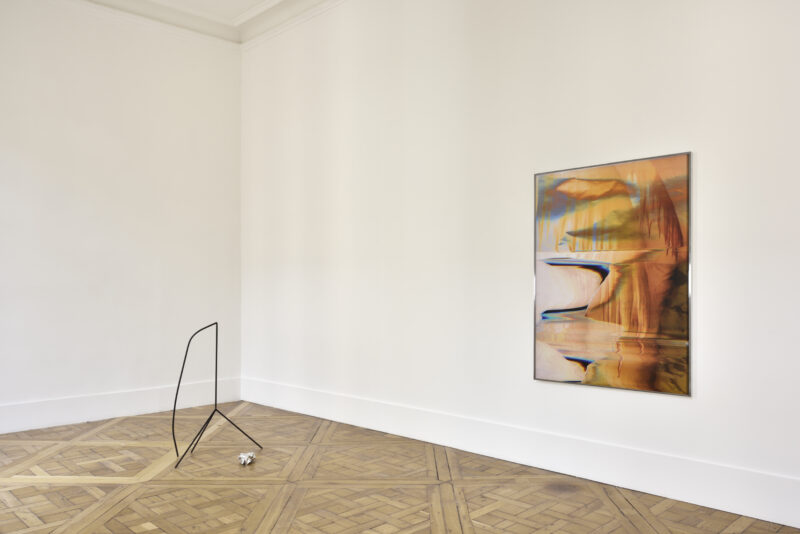 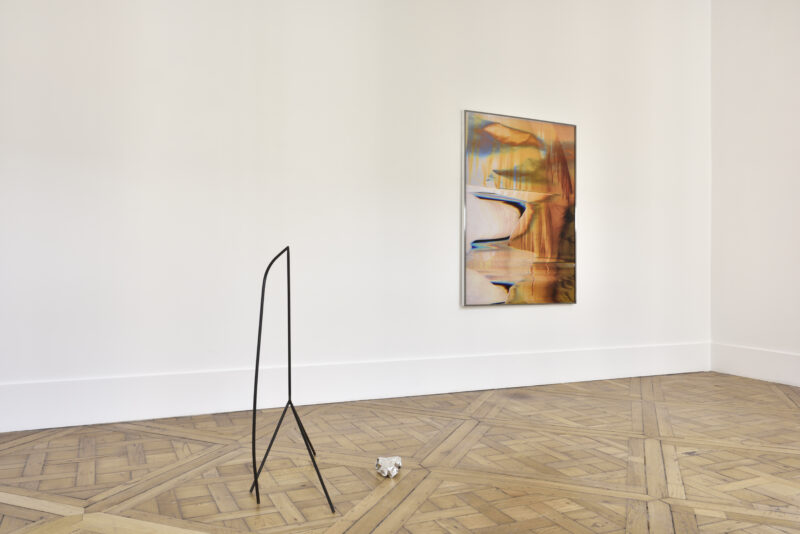 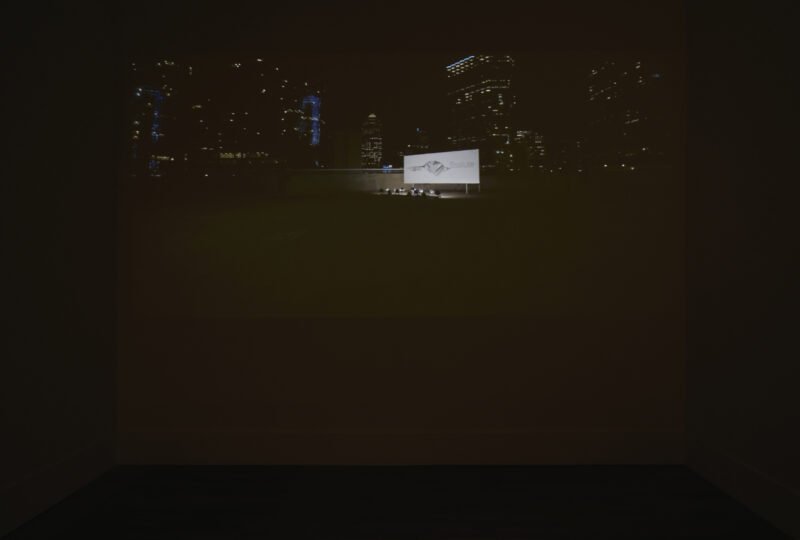