“The BBC has announced that it’s ditching the Nine o’Clock News in favour of a new soap opera calledThe Bureau: It’s set in a 24-hour bureau de change, it started just twelve seconds ago on BBC 1, solet‘s dip into it and see what all the fuss is about.“ - Christopher Morris, The Day Today (BBC 2, 1994)

Changing back and forth between locations and value systems, the works in Bureau de Change engage in political transformations and processes of translation between artistic media and forms of representation.

An abstract painting by Heike-Karin Föll spells out the word EXPENSIVE, humorously exposing its owndual existence as both an aesthetic object that can’t be fully reduced to a use value, and as acurrency that can be invested in and traded.

Henrike Naumann’s installation Treuhand intern is made up of futurist decorative objects and furniture pieces from the late 1990s that recount the Eastern Bloc‘s sudden change from a centrally planned state economy to a privatised market economy. Displayed amongst these objects Birgit Breuel’s Treuhand agency memoirs rupture the surrounding kitsch optimism by evoking the large-scale disenfranchisement that characterised this period, which saw previously state-owned factories closed down and sold off for 1 DM.

In more than one way, the works in Bureau de Change hint at the fact that any certainties about how we use and exchange goods, any recently reinforced borders and restrictions, and any carefully established values and styles could disappear at any given moment, calling to mind Steve Coogan as Hennety, The Bureau’s evil boss: „I never thought I'd say this, but...pull down the blinds! I'm closing the bureau! For an hour.“ 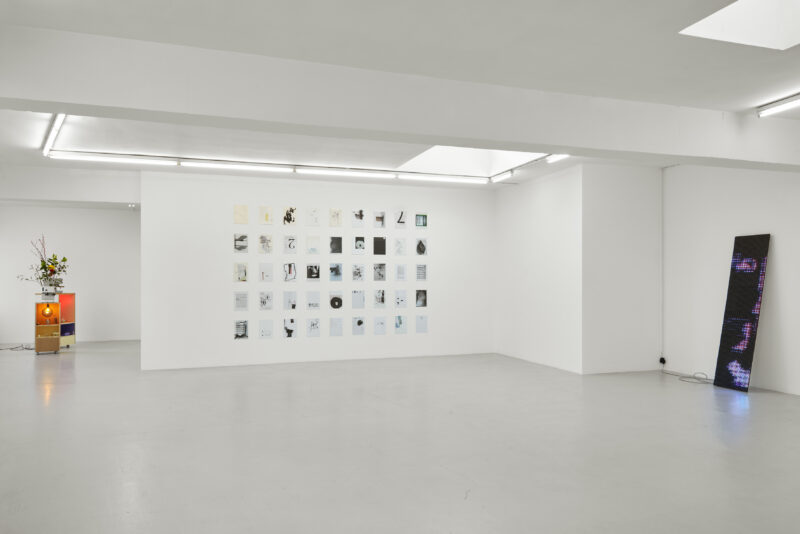 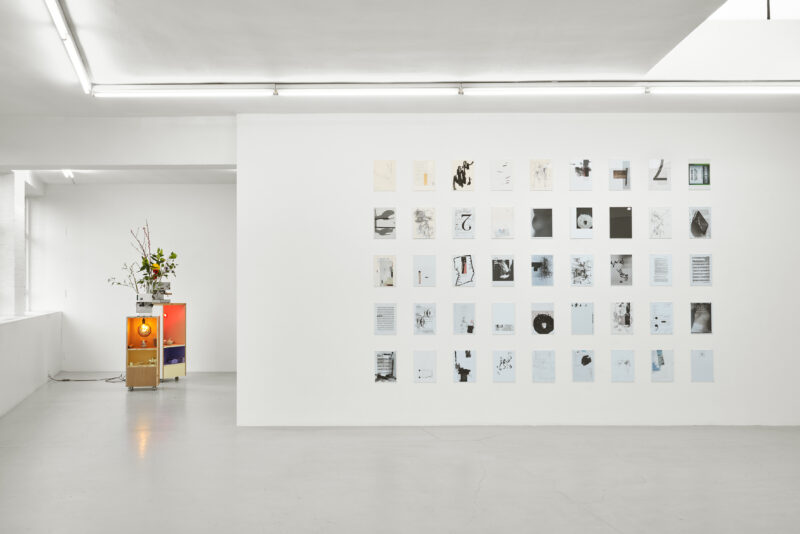 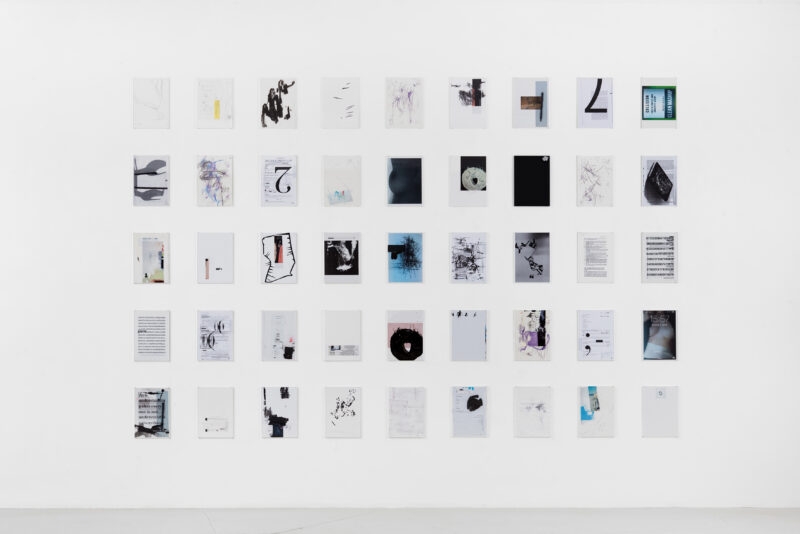 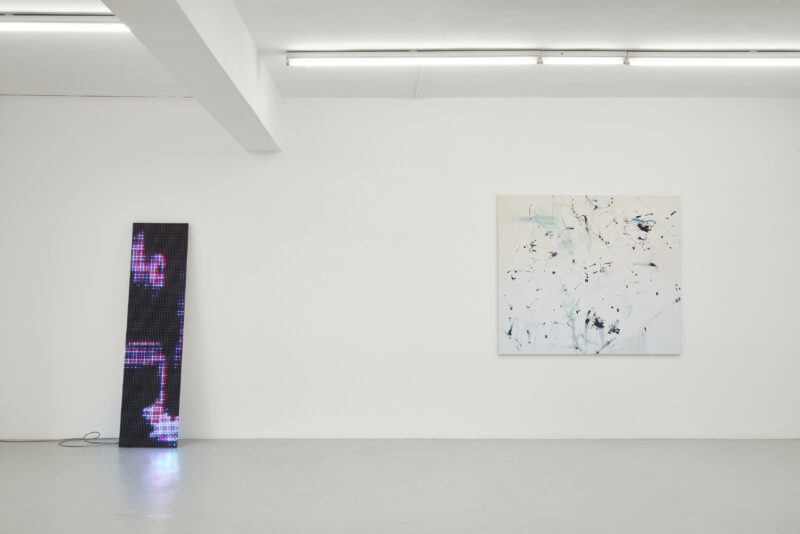 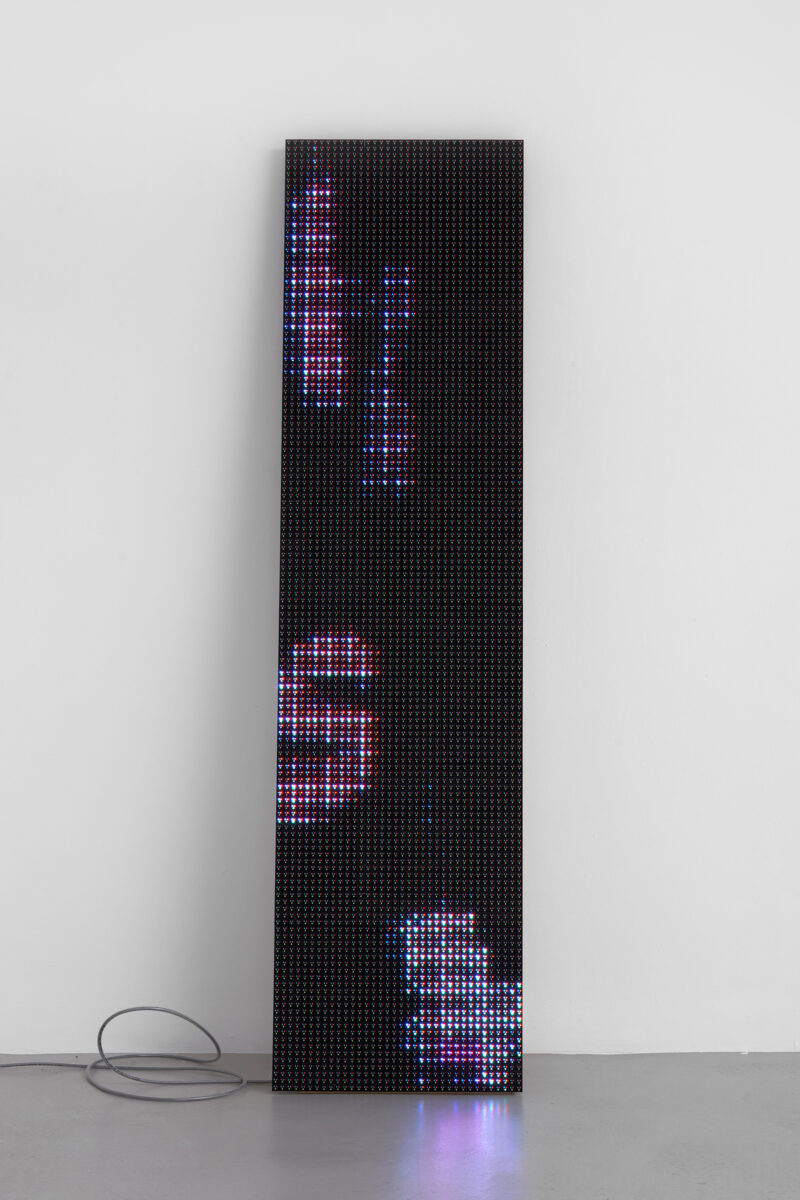 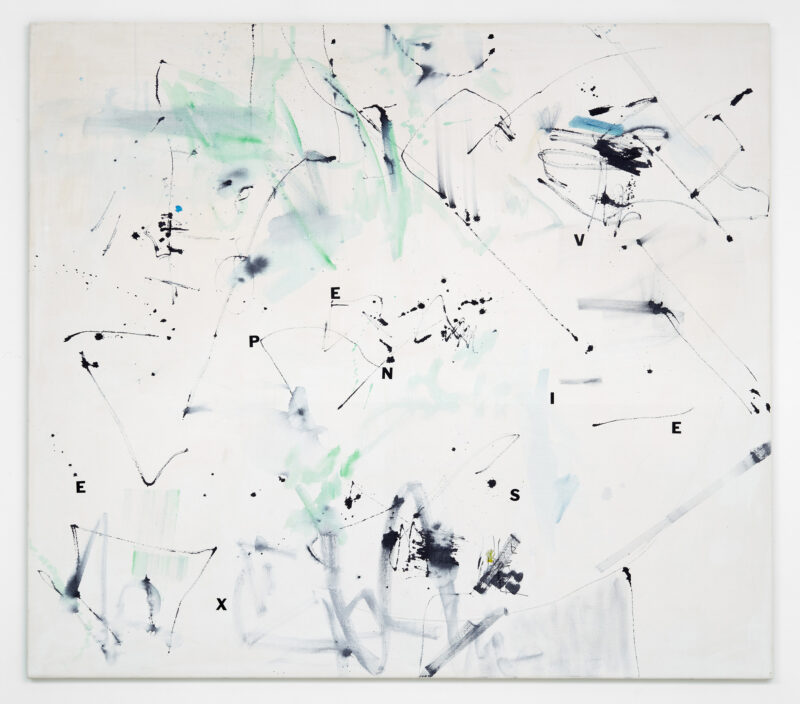 Egg tempera and ink on canvas 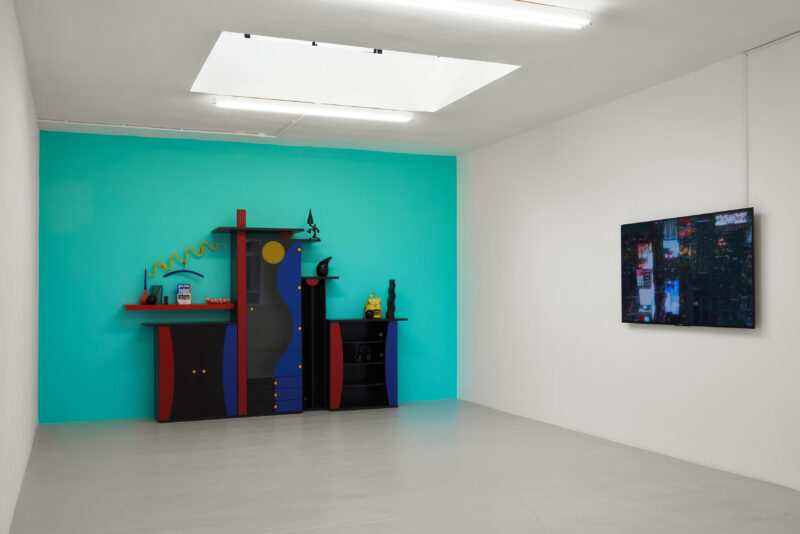 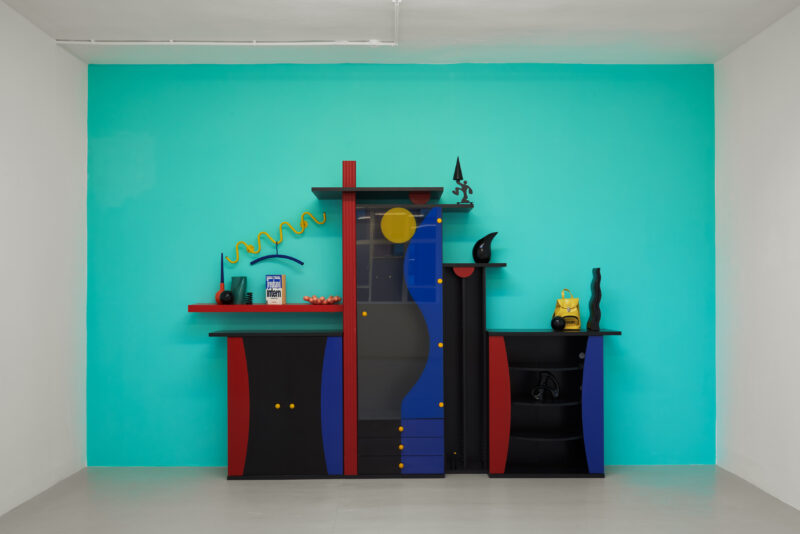 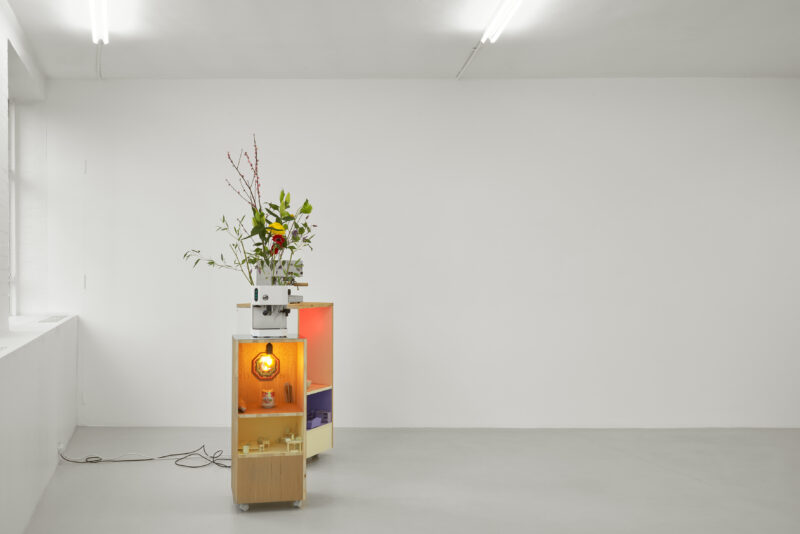 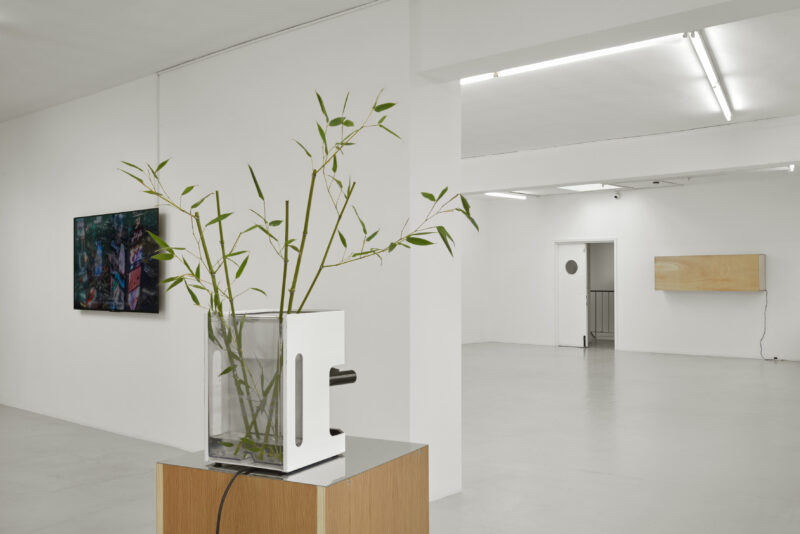 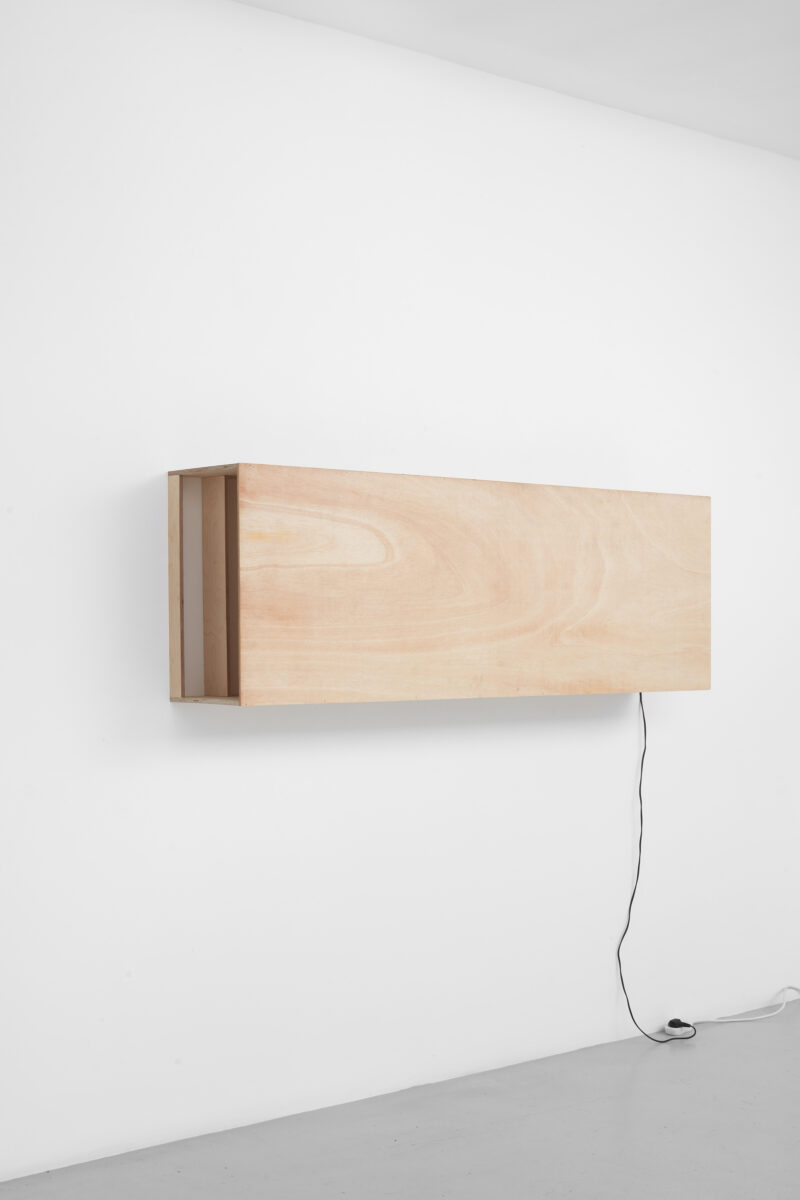 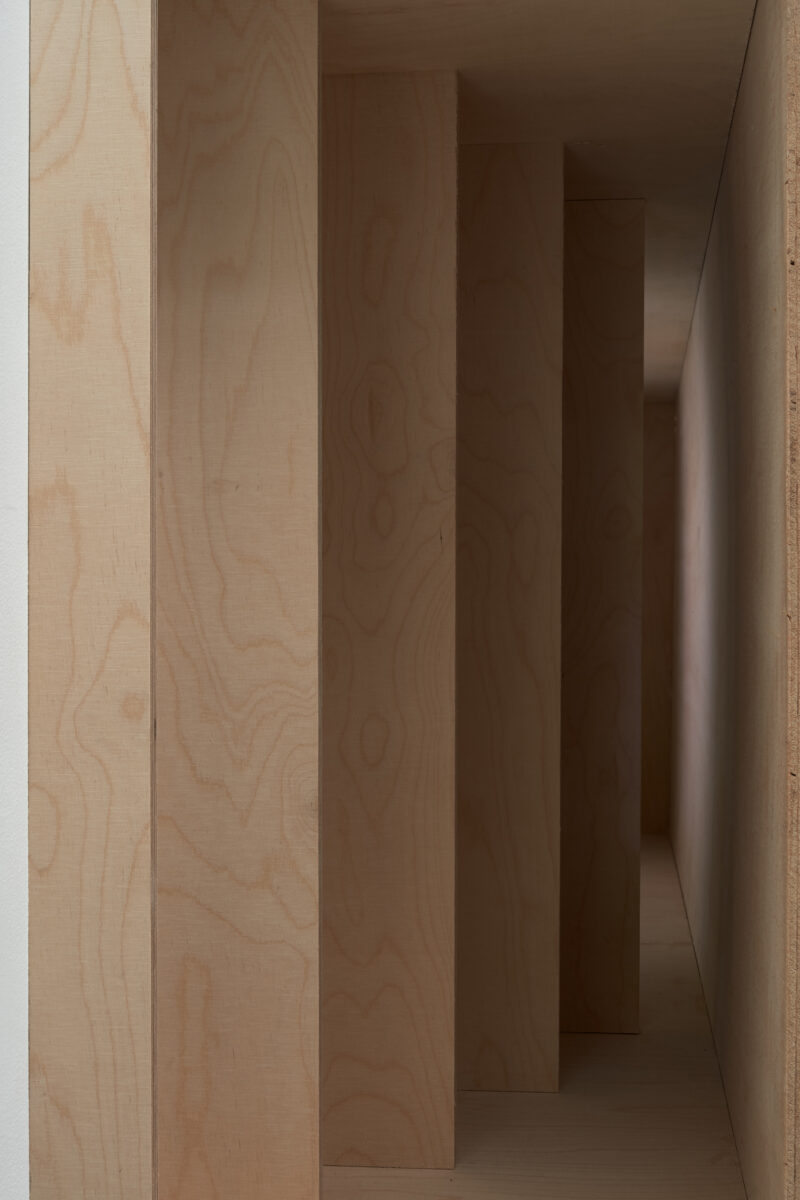