Campoli Presti is pleased to present Jutta Koether’s fifth solo exhibition with the gallery. Questioning the traditional hierarchies of painting, Koether’s work deconstructs the distinction between copy and original. Painting opens up a broader discursive space through the incorporation of performance and the appropriation of art historical subjects and positions. In Best of Studios, Koether reframes the position of painting as a resistant body whose experimental character addresses the digital condition in which painting operates.

Central to the exhibition are two large works from Koether’s recent series of Bruised Grid paintings. Grids have been used in her practice since 2000. The 12-inch square grids began in 2007 and have been shown in interaction with other figurative works or as performing agents in lectures. Koether’s gridded works thwart the geometrical landmark of Western Art while defining a field of play. By addressing the attraction between archaism and metrics, Koether’s systematic application engages the viewer in a micro-contemplation, as if the viewer was picking up pennies from the ground.

As a counterpart to the comprehensive, external perspective of painting suggested by the gridded works, K- Bild, Withers Plant and VLP Plant address the internal sphere in which art also circulates. In K-Bild the artist inscribes herself into the layers and brings language into painting. Part of Koether’s consideration of painting as an actual body, the thick, almost independent materiality of the impasto gives the work a physical, substantial appearance.

Through insisting, noisy techniques of applying paint in deliberated zones, Koether penetrates into the historical organization of painting’s different fields of passage. 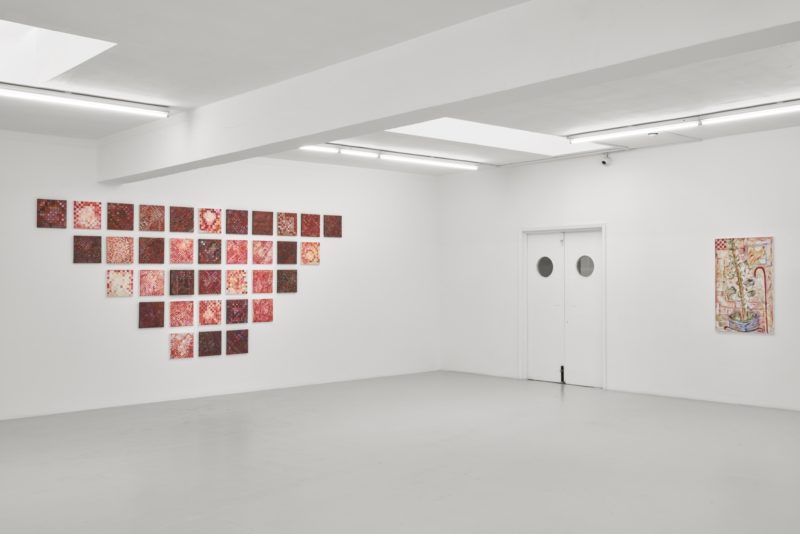 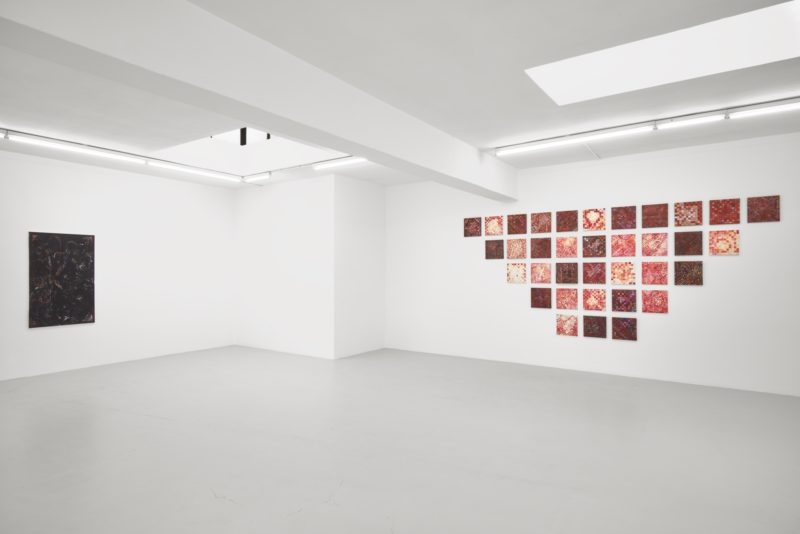 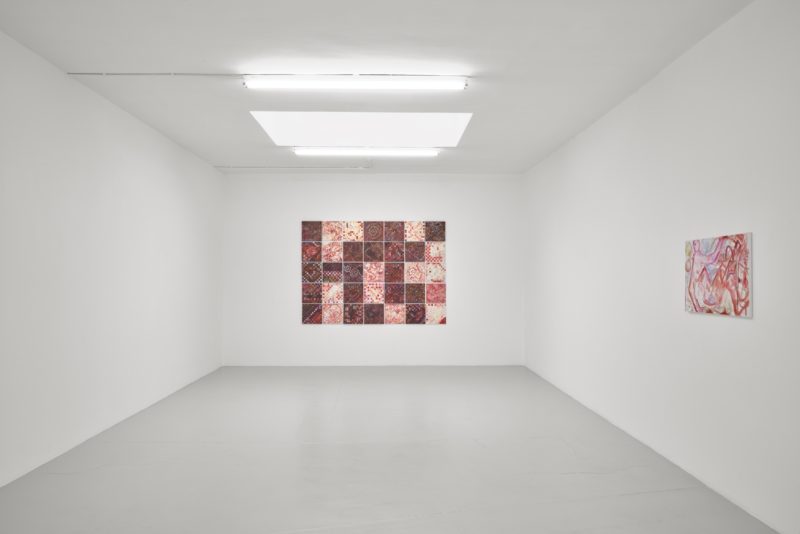 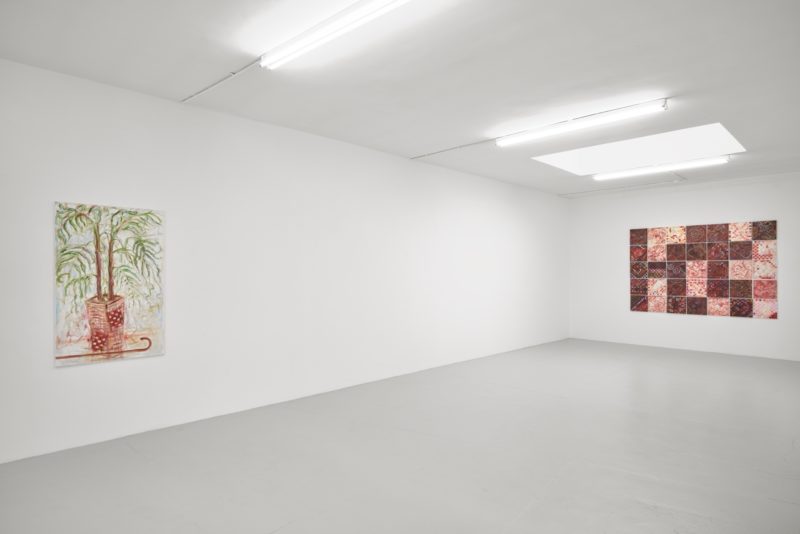 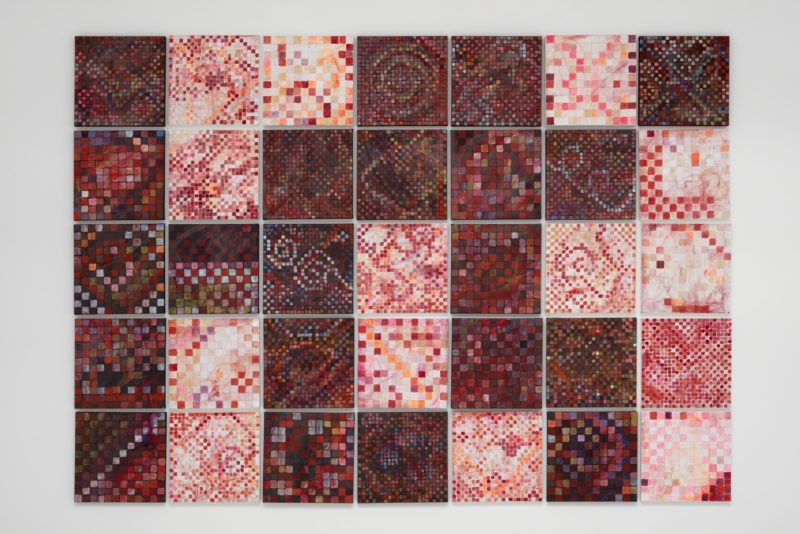 Acrylic on canvas and wood 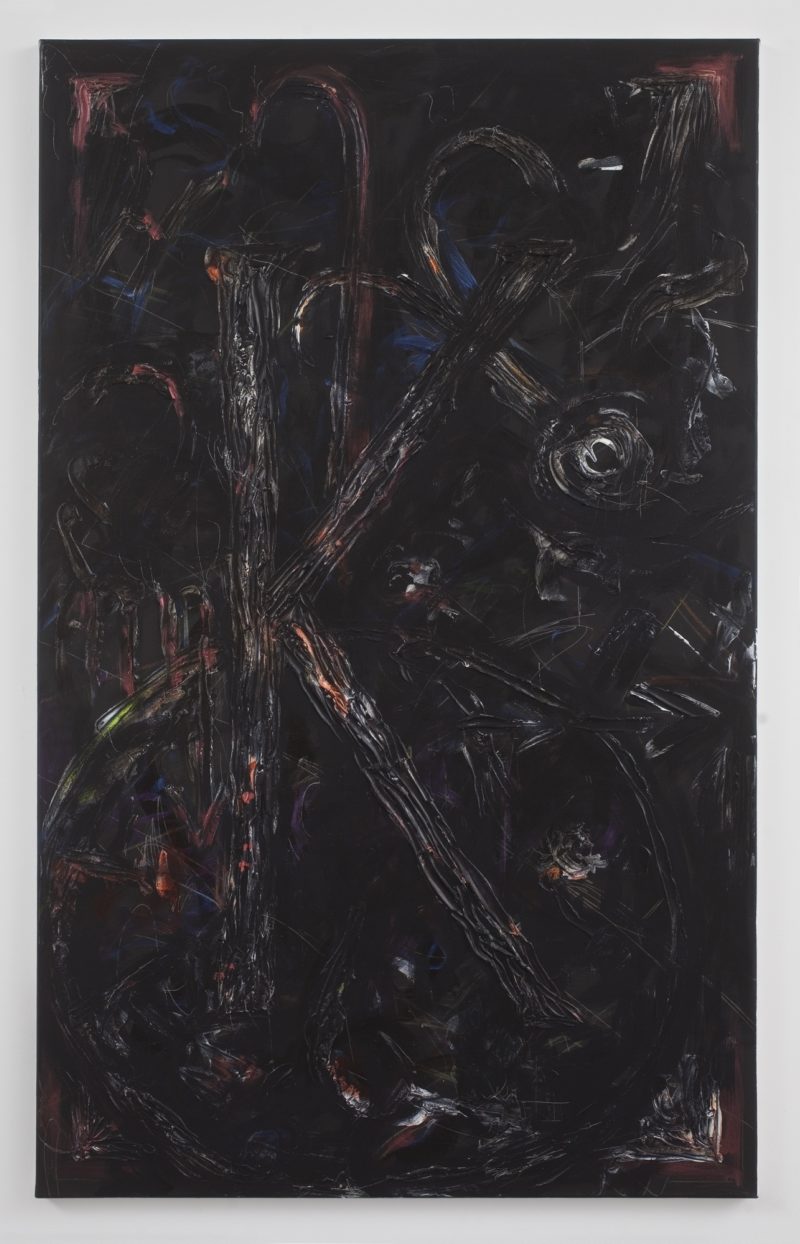 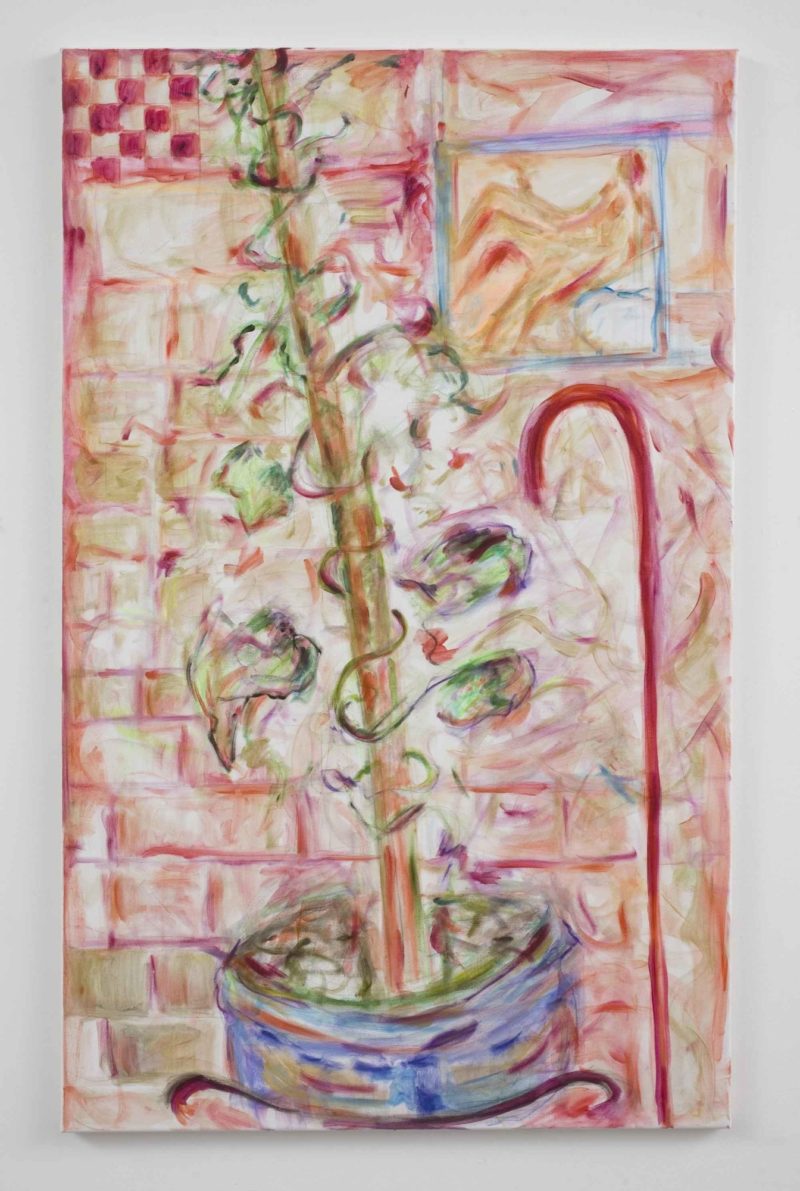