Campoli Presti is pleased to present Tête en l'air, Benni Bosetto's first solo exhibition with the gallery. The exhibition presents a new series of works on silk alongside bronze and ceramic sculptures that revolve around the ambivalent nature of distraction, understood as a state of mind that allows unexpected connections between the swinging moments of focus and drift. The dualism between, on the one hand, the noble and sacred distraction and, on the other hand, the earthly, impure and profane distraction constitutes a necessary component of the artist's daily practice, who aims to generate this same fluctuation in the viewer.

The exhibition opens with I rabdomanti continuano a cercare l'acqua (Diviners continue to search for water) , a small plaster case that brings to mind the shape of an airplane window. The viewer is invited to look inside the case and get lost in a forest of dried pomegranate branches from which body fragments, arms, legs and bronze ears grow. The wandering eye in this intricate landscape recalls the mental state of idly looking out the airplane's window under the dizzying effect of pressurized air. It is during these fleeting moments that the mind begins to wander distractedly and to feel somehow part of the whole, aware that reality is changeable depending on one's point of view.

Inspired by the holy iconography of the Italian Renaissance, the works in the exhibition serve as containers for "divinely useless" experiences, escaping gravity and tending to rise toward an otherworldly dimension. A concealed language emerges throughout the gallery’s space leading the visitors to feel constantly off track, turning their heads and changing their gaze as lost in a fragment of the artist's reverie.

The last room consists of a forest of bronze and ceramic sculptures from which a baroque profusion of jewels, amulets, magic and devotional objects emerge. Hanging from the ceiling or resting on the floor, the works result from a combination of different aesthetic registers, ranging from the iconography of Carlo Crivelli and his impudent cucumbers and fruits, to the lightness and airiness of Fausto Melotti's sculptures. The works in the exhibition highlight an enigmatic repertoire of accessories and talismans that refer to the genre of grotesques, a type of pictorial wall decoration dating back to ancient Rome, characterized by the depiction of hybrid and monstrous beings intertwined with geometric and naturalistic decorative elements.

Thought on a cosmic, social and personal scale, Bosetto’s diary is often the source of her titles, sometimes extracted from a book or an article that has distracted her, aware that meaning is to be found between the interstices of reality, where distractions reside, when the head is in the clouds. 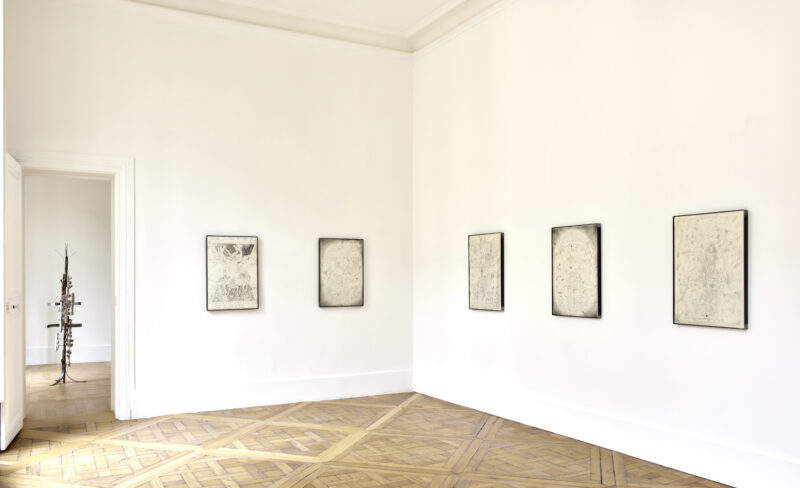 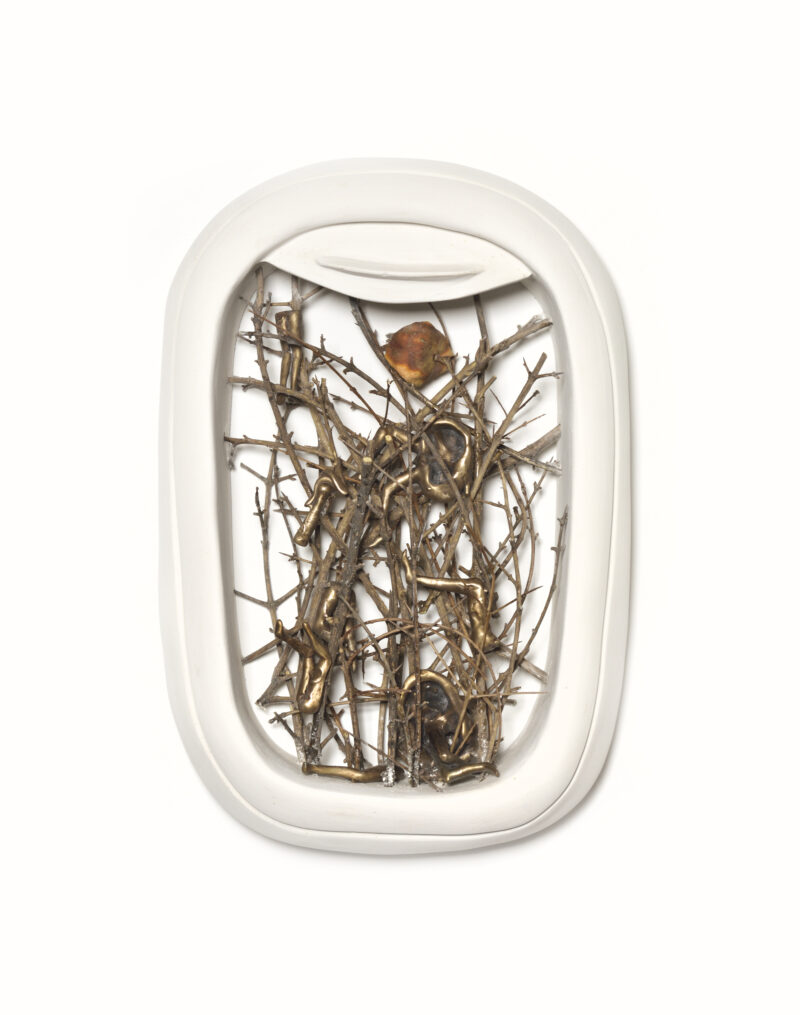 “I rabdomanti continuano a cercare l’acqua” (“Diviners continue to search for water” ), 2022 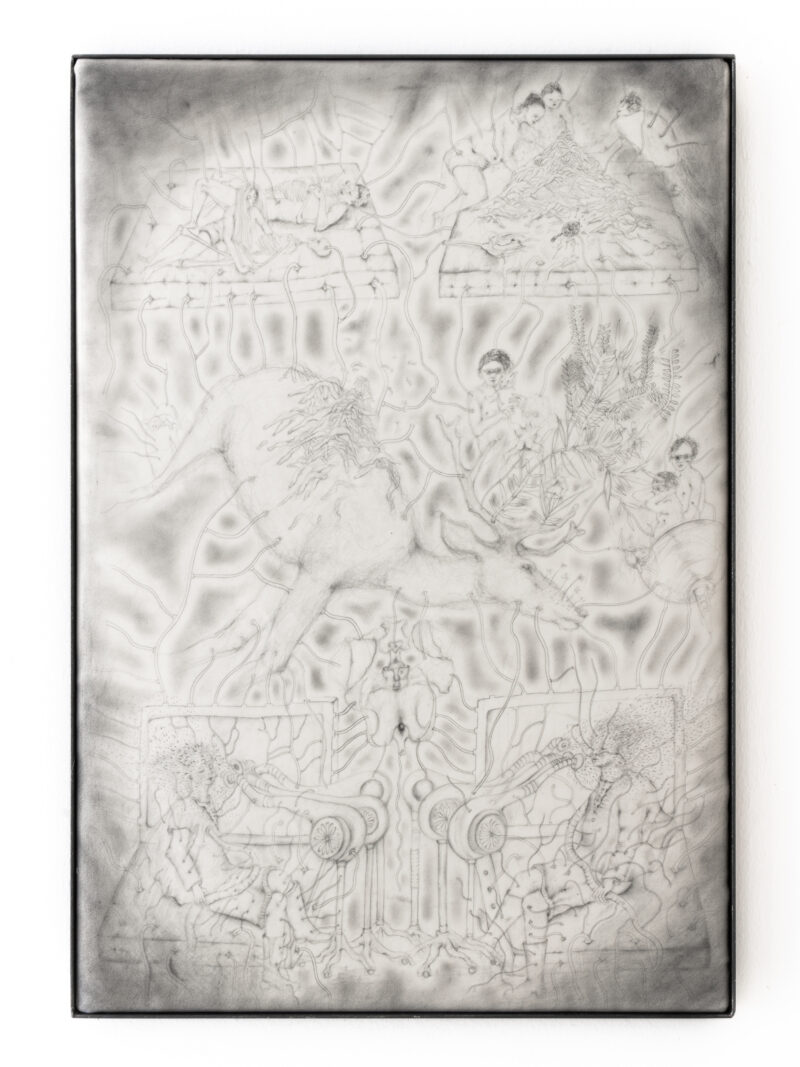 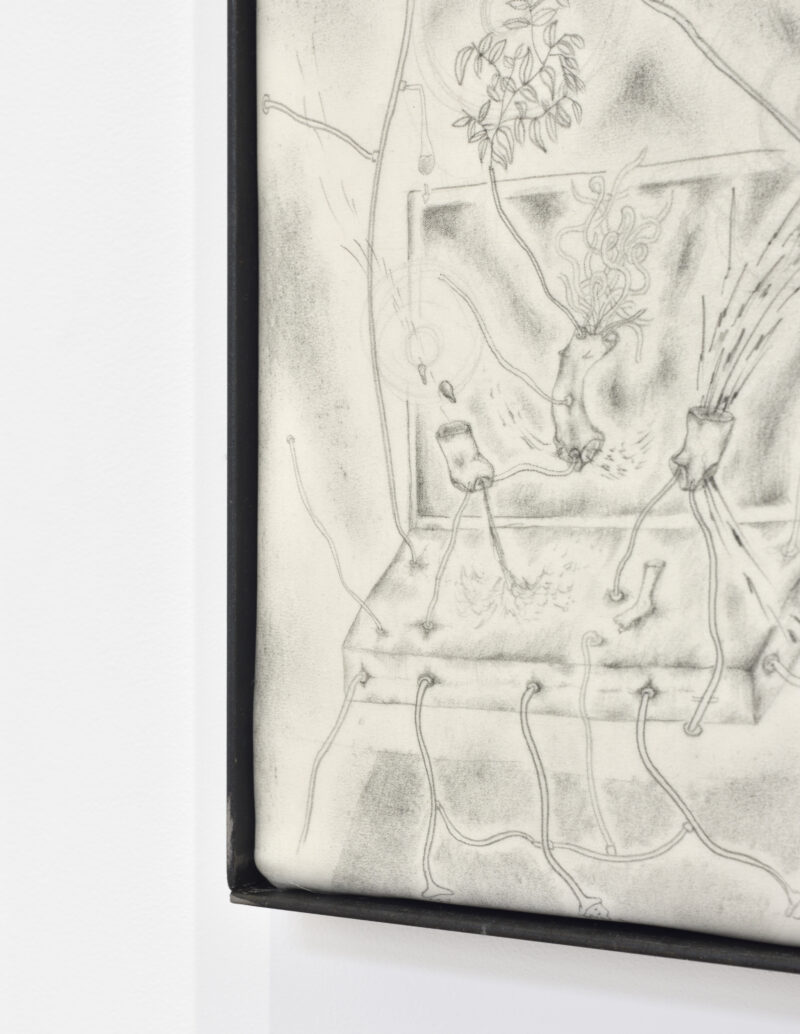 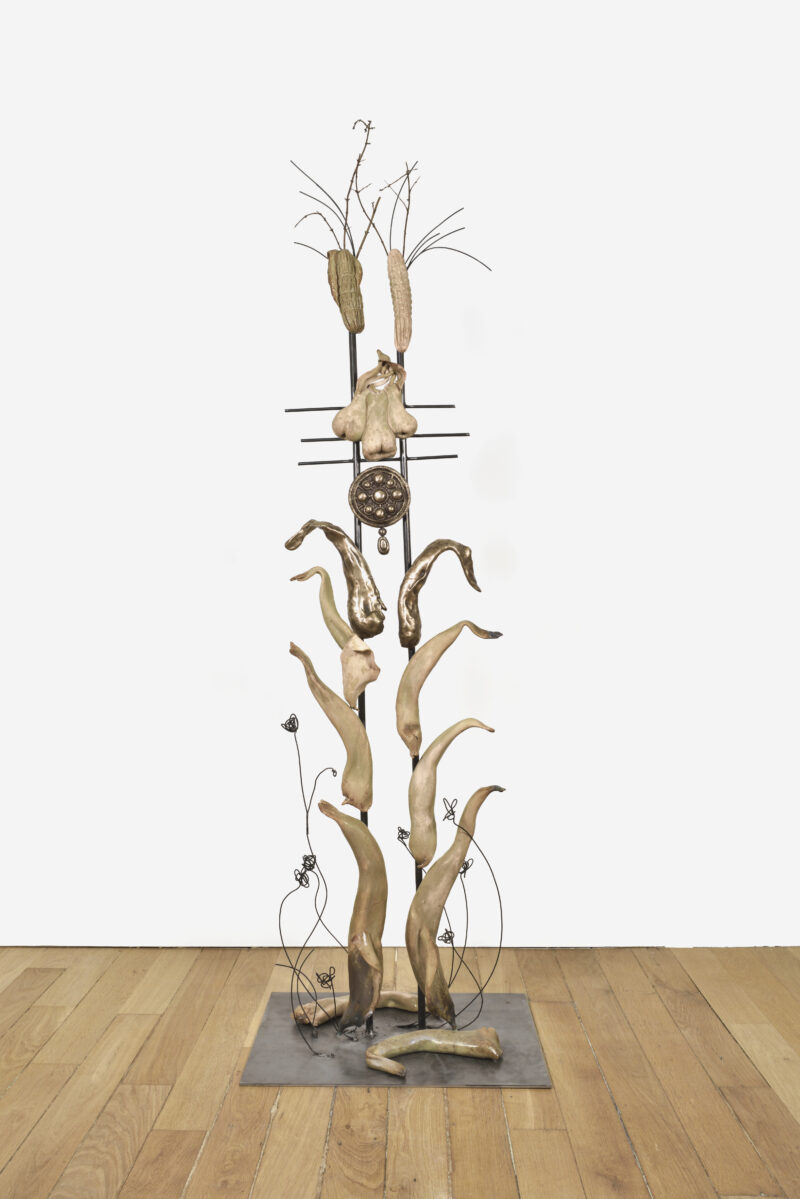 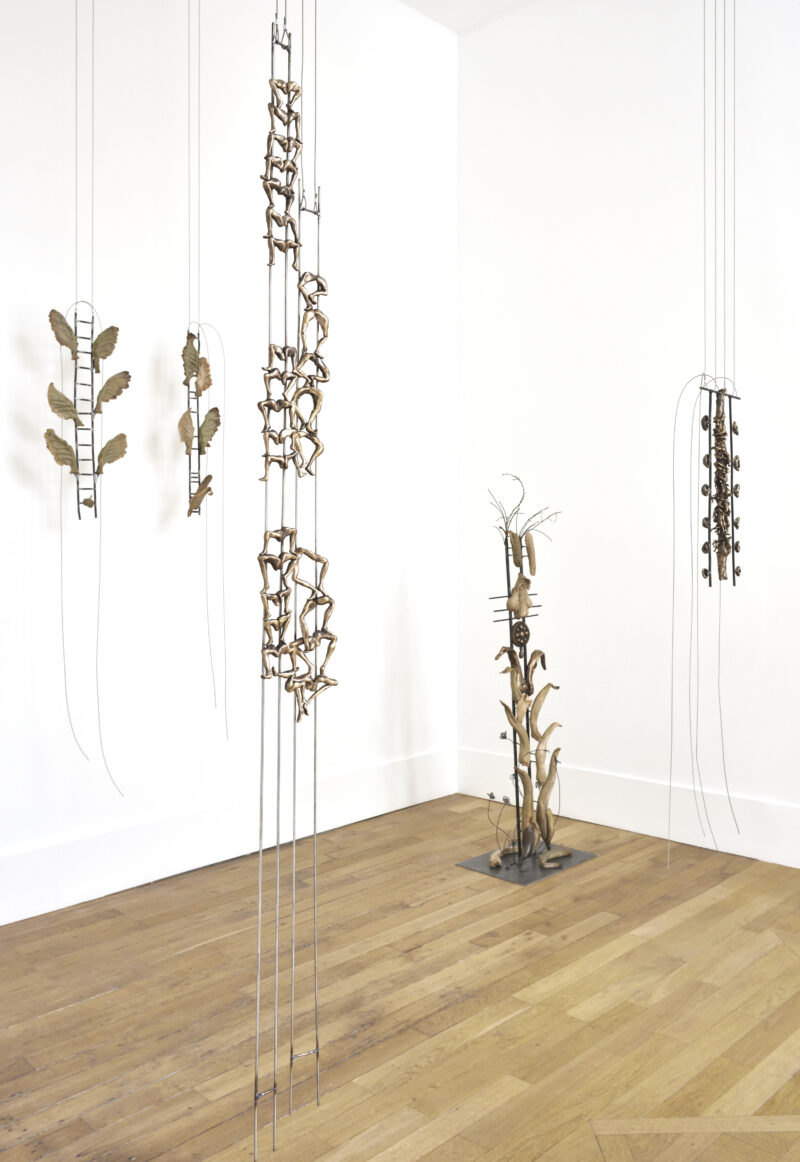 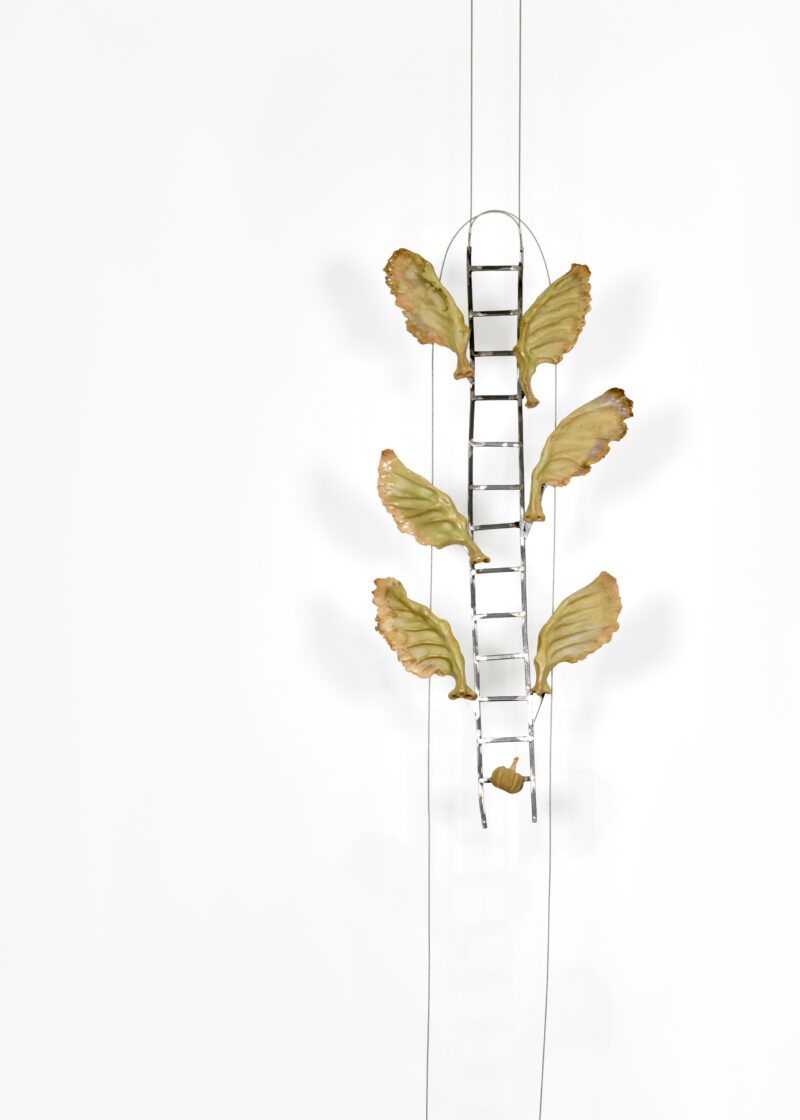 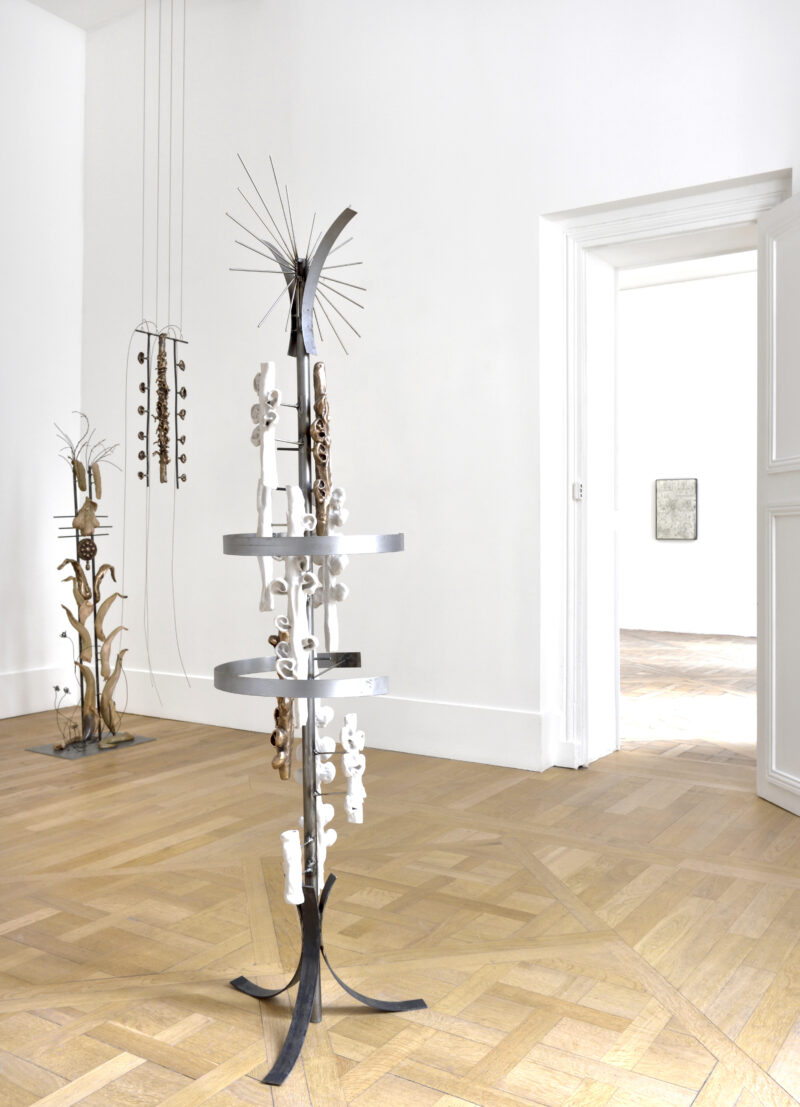 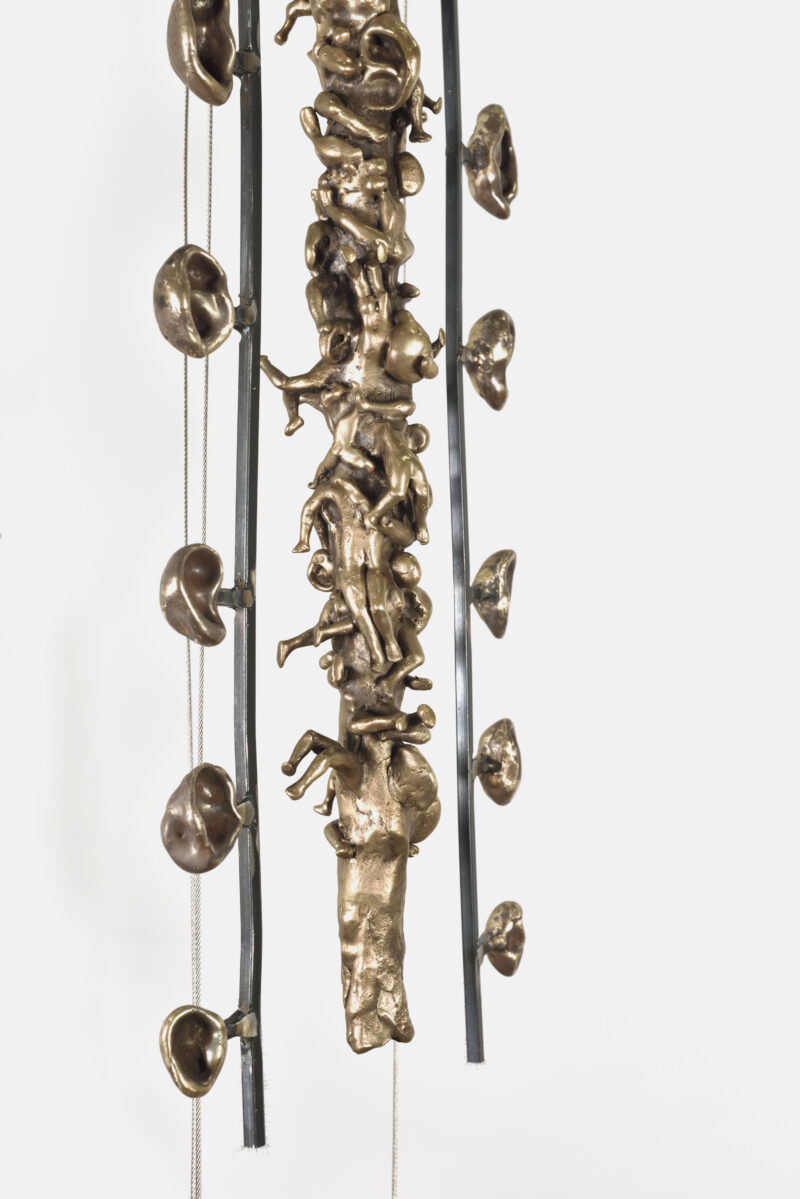