Campoli Presti is pleased to announce A Moveable Feast – Part XI with a presentation of works by Eileen Quinlan and Cheyney Thompson. This is their second collaborative exhibition at the gallery since Smoke & Mirrors, presented in Paris in 2005.

In Quinlan’s new black and white gelatin silver prints (2014), photography is used as a space for performance. The female body, reshaped by the glass it’s pressed against and veiled by the effect of vapor and water, is first documented extensively with a regular digital camera. Selected images are later rephotographed with a 4 x 5 large format camera, allowing Quinlan to work serially and to explore further the relationship between the limits of analog photography and the virtually infinite possibilities of the digital.

The final prints are the result of a wide array of physical interventions that degrade the surface of the negatives, such as scratching the film with tacks, steel wool, and ballpoint pens and leaving the film in a bath saturated with chemicals that accelerate or alter the developing process. Here, the sheets of film are processed by hand. Quinlan uses her fingers to push the emulsion across the surface of the negative rather than using the rollers of the Polaroid back. The prints are all equally sized and pinned directly onto the wall, emphasizing their status as images rather than formatted objects. The lack of a frame, a distancing mechanism, makes these works fully available to the eyes of the viewer.

The color Polaroid photograph Fine Motor Skills (2014), is the first in a new series. Quinlan is using the tiles the artists’ children play with to create a sculptural form reminiscent of a fairy-tale castle or the Cologne Cathedral.

Thompson’s latest series of works continue his investigation on the technology, production and distribution of painting within the context of current abstract economy. The works on view are based on the Drunken Walk algorithm, an aleatory path that is used in financial theory to predict stock prices. In his Stochastic Process Paintings, Thompson executes the algorithm inside the three-dimensional color-system created by Albert Munsell. The diverse positions the line draws within the solid of the color model can be translated into amounts of different hues, saturations and values that Thompson finally applies on canvas in squares of one centimeter. All of the works in the series share the same quantities of color information, 8034 square centimeters, thus determining the format of the paintings.

An homologous procedure is followed in his Broken Volume sculptures through the multiplication of a one inch concrete cube along a path prescribed by the Drunken Walk algorithm. In these works, the constraint placed on the sculptural form consists only in the quantitative. All the works produced in this series share the same volume of concrete, 10 liters. With no regard for their own structural limits, they are left to break under their own weight. Outside of the smoothed numeric space of their conception, they continually orient themselves to the material forces embedded in the temporal conditions of exposure and circulation. The works are developed in dialogue with recent critical approaches towards parametric architecture, used for modeling, monitoring and prediction purposes in a context of increasingly mobile political decisions. 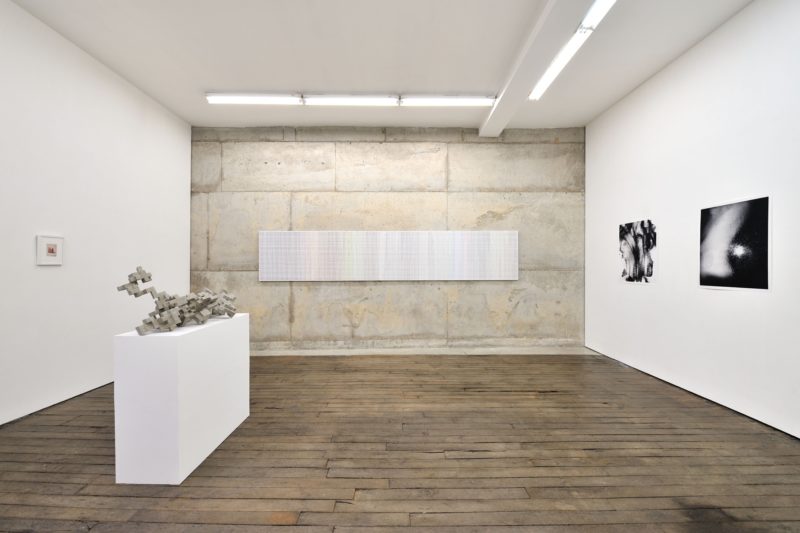 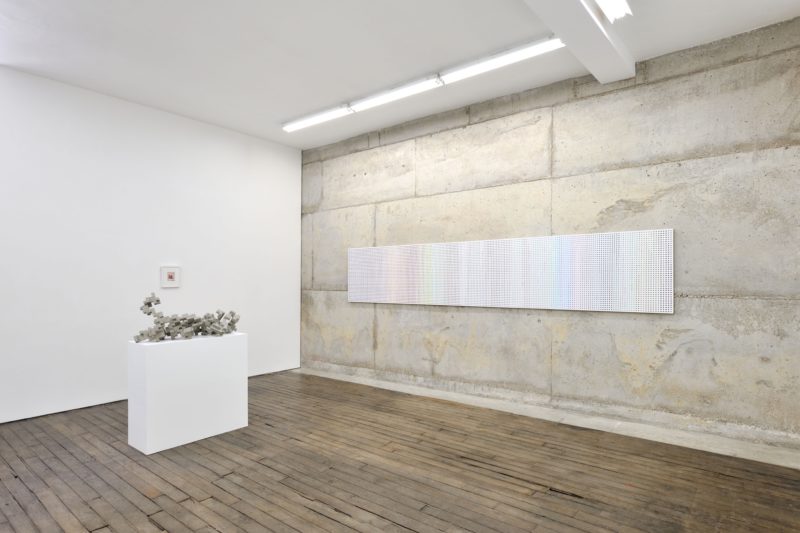 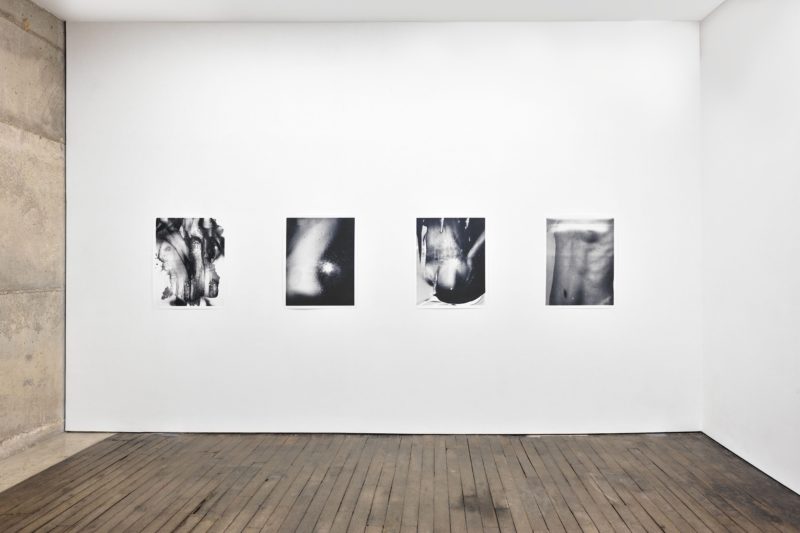 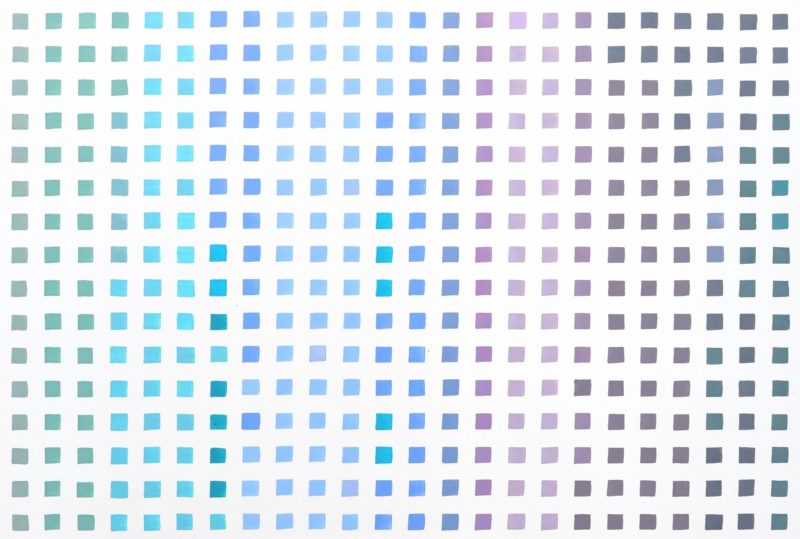 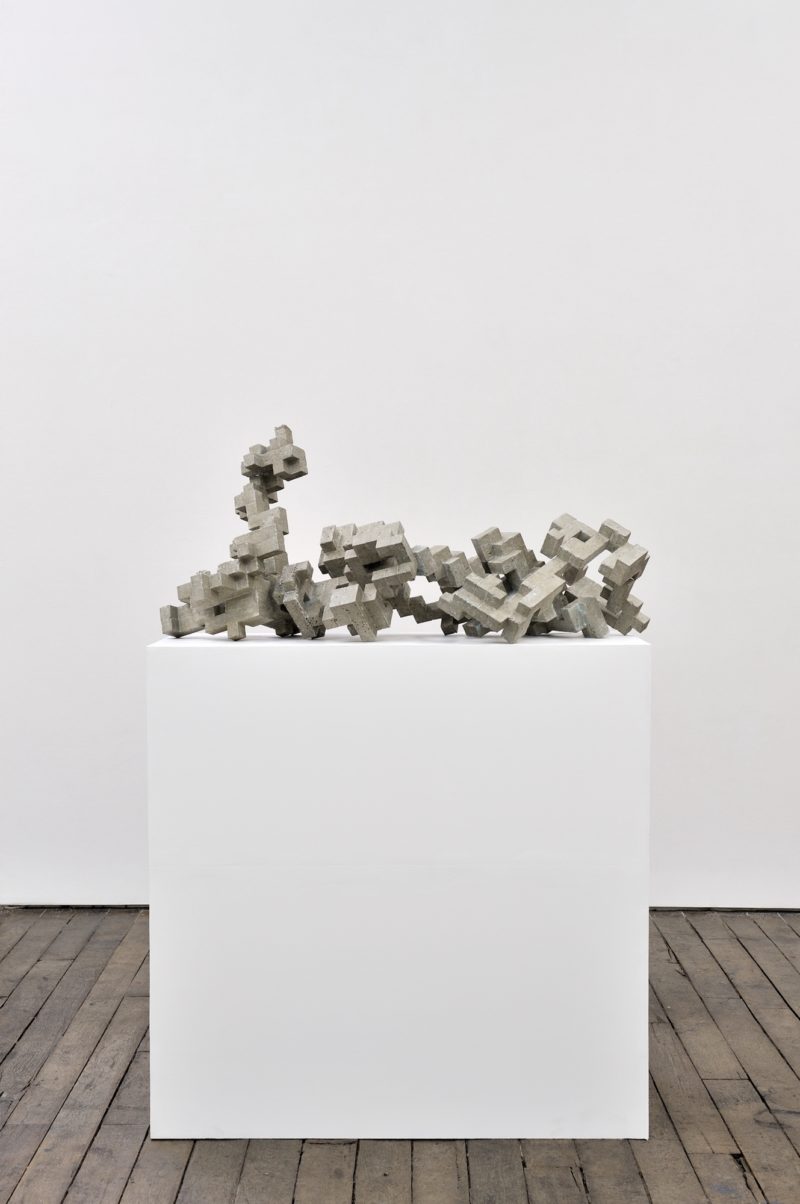 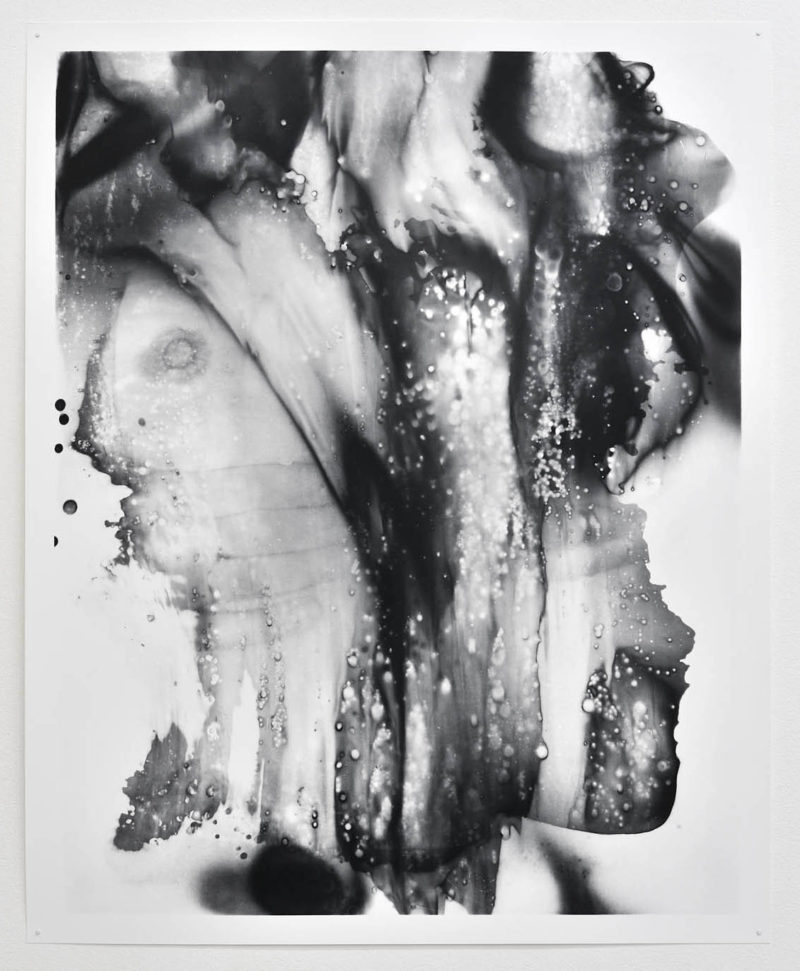 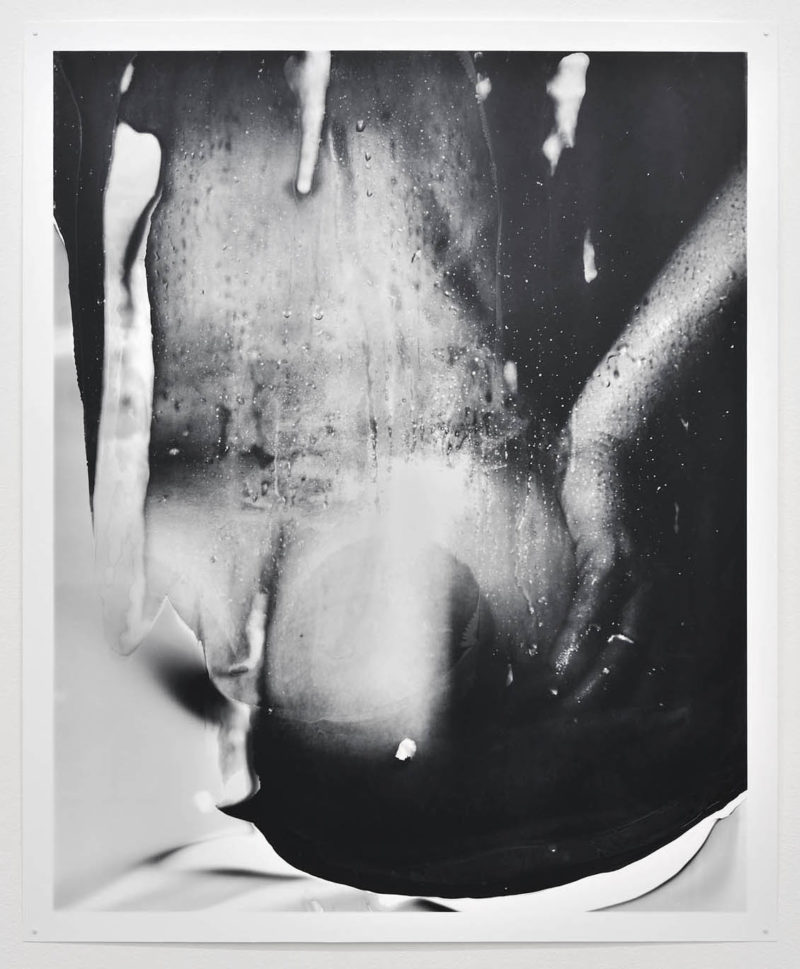