Campoli Presti is pleased to announce the ninth iteration of the ongoing exhibition A Moveable Feast with adisplay of works by Jason Loebs.

The exhibition extends Loebs’ research around the principles of thermodynamics as a reading of culturalproduction and the ways in which natural resources are accumulated and distributed to become instrumentsof social control and value production. For his recent exhibition in Kunsthalle Freiburg, he has put intorelation various heating systems, thermographic imaging, and natural stones.

For his exhibition at Campoli Presti, Loebs presents a large canvas produced with graphite based thermalgrease, a substance used to promote better heat conduction between surfaces. The work refers to industrialexperiments of thermodynamic science, registering temperature while in circulation. Conceived as anentropic system, its material never solidifies and the unfinished work continues to build upon itself with theheat provided by the flow of passing viewers.

Loebs’ photographs are taken with a thermal camera used for military surveillance. Focusing on the thermalenergy generated by electronic equipment, they index an invisible atmospheric gradient of heat that isdispersed into the general atmosphere undetected. The images document an invisible but shared publicambient sphere that has been increasingly privatized and used for security and surveillance purposes.

Samples of several minerals extracted in Valais, Switzerland are covered with anti-counterfeit ink, whichunder natural light changes colour, varying according to the angle of the human eye. As in his previousseries of fingerprint-covered computer batteries Anthropomemoria, 2013 Loebs draws a relation between theink mark and the value-producing signature of the artist in devices of cumulative energy. 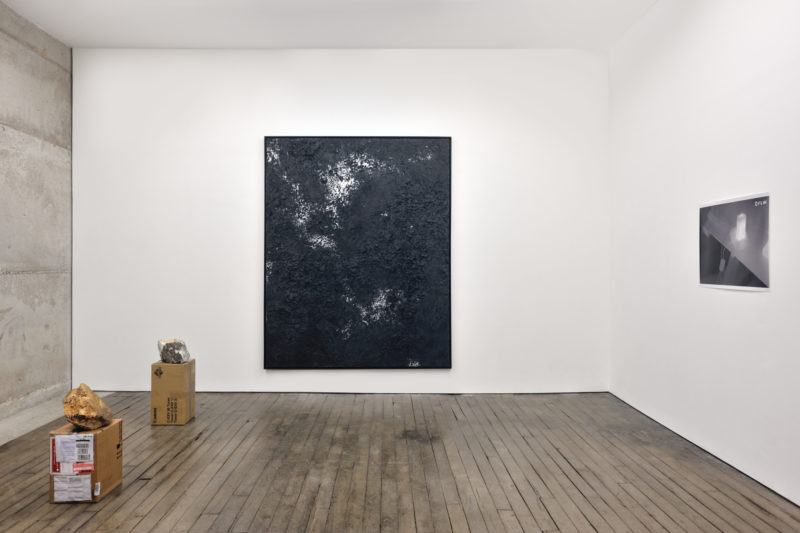